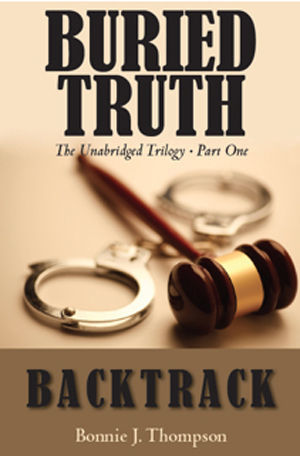 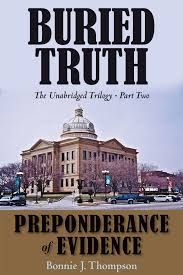 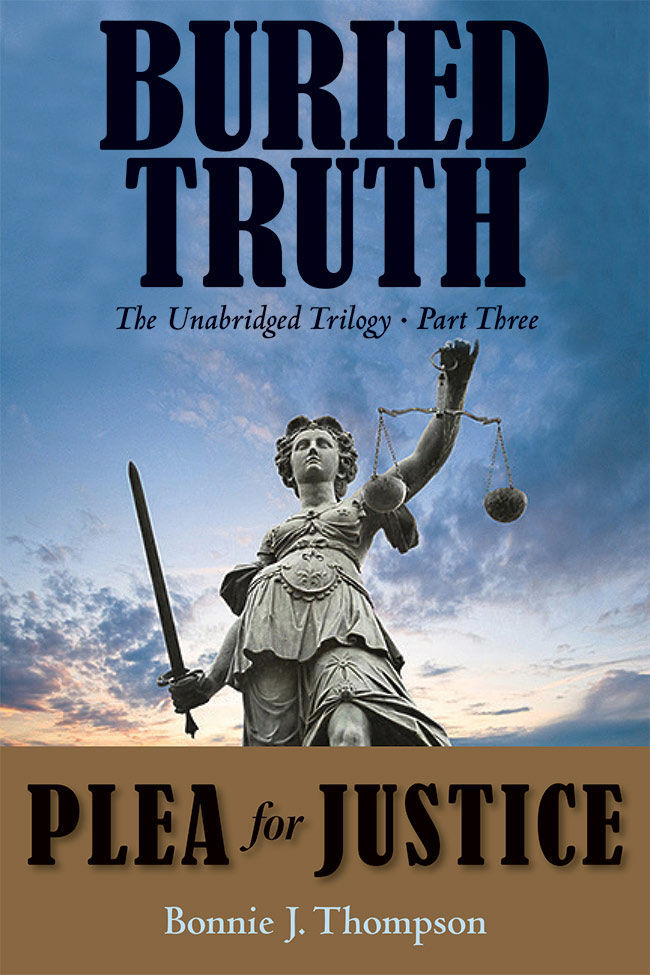 LINCOLN – In the summer of 1976, Bonnie Thompson was a young adult enjoying her carefree lifestyle and planning her future. As the daughter of a prominent state's attorney, she considered a career as a lawyer. She also dreamed of becoming a writer, until that year, when the two ideas would come together.

During that time, seven people were murdered or had disappeared in her home town of Lincoln. The 19-year-old found herself connected in various ways.

Thompson recently published the first edition of her ebook trilogy, “Buried Truth; Part One: Backtrack,” chronicling the events and the trials of Michael Drabing and Russell Smrekar, who were accused of the murders.

The first of the killings took place in August 1976. Lloyd and Phyllis Schneider, and their teen daughter Terri, were stabbed to death at their rural Lincoln home by Drabing.

Logan County was shaken by the gruesome killings and the details behind them. The Decatur Herald published part of the testimony during Drabing's trial on Dec. 15, 1976. “On the stand, Drabing said he planned to take all the Schneiders prisoner, then strip them naked Lizzie Borden-style and kill them in different ways with his hunting knife,” reporter William Prater wrote. “The three victims were stabbed and slashed a total of 90 times.”

Thompson's father, Roger Thompson, was the prosecuting attorney during the trial. “The information to which I've been privy has haunted me for nearly 40 years,” she said. “My father was also bothered by these murders through the years and up to the time of his death.”

Her father may have had other unknown information, but, living in a small town, Thompson knew many of the people involved.

“The Schneider triple homicide is what got me in to all of this,” she said. “I knew the Schneider family, and I went to rural West Lincoln school with the three Schneider daughters.”

Drabing was convicted of the murders and is currently serving his sentence in the Menard Correctional Center.

A few months later in October, Russell Smrekar shot and killed Lincoln resident Jay Fry and his pregnant wife, Robin, before they could testify against him for stealing steaks from a local grocery store. Ruth Martin, a local woman who was also scheduled to testify against Smrekar in that incident, disappeared around the same time and has never been found. Mike Mansfield, a Lincoln College student also scheduled to testify against Smrekar for an unrelated accused theft, disappeared from his Rolling Meadows home and has never been found.

Smrekar, who was convicted of the Fry murders, died in prison in 2011. Just before his death, Smrekar also admitted to authorities that he killed Martin and Mansfield, although their bodies still have not been recovered.

Many of the details surrounding the murders and disappearances has driven Thompson to write the trilogy. “I've been re-investigating and writing about these particular murders for the past nearly 20 years,” she said.

Thompson hopes the grand jury hearings will be convened to hear new facts and evidence in the Martin and Schneider murder cases. “Some of the evidence seems to have been suppressed in '76, and there's also new evidence I've discovered and uncovered,” she said “It appears my father was unaware of critical information.”

The release date for parts two and three, “Preponderance of Evidence” and “Plea for Justice,” have yet to be determined. “To fully grasp the complete story of how this all played out, it's important to read the three books in their entirety and consecutive order,” Thompson said.

A video making the rounds on Facebook shows a 15-year-old student at MacArthur High School being attacked and beaten by a group of other boys.

The board also named Kent Newton to fill the vacancy left by the resignation of Dave Brandon last month.

A felon was caught leaving a stolen firearm from 2005 on a store’s shelf after witnessing a police K-9  conducting a free air sniff around his vehicle.

A man who repulsed his date by talking to another woman on his phone was later arrested for domestic battery after forcing his date to kiss him, police report.

A fisherman at the Clinton Lake Valley Mill Fishing access reported seeing a vehicle on the edge of the lake and then saw a body in the water, authorities said.

We have all of Central Illinois' Week 5 finals from Friday and Saturday. Check them out here:

Watch now: What caused the plume of black smoke over Decatur Friday morning?

No charges coming for Decatur teacher accused of assaulting student

A Macon County grand jury has declined to indict a teacher accused of aggravated battery of a student at South Shores Elementary School. 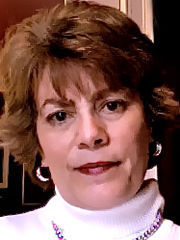