Things are not going well for China, and because U.S. farmers are linked to that nation by the Phase 1 trade agreement, things are not looking good for farmers, either.

Three weeks ago, that agreement was signed in Washington and President Trump proclaimed that China would buy $40 billion to $50 billion of U.S. farm products this year and next.

While farmers were overjoyed, the grain market’s enthusiasm was absent and soybean prices have dropped 80 cents per bushel, wanting tangible evidence of sales of millions of tons of soybeans. Farmers, taking the president’s word for it, honestly thought the market would go the other way.

But in the wake of trade agreement’s signing, the grain markets have caught a cold, or more specifically, a virus, a corona virus. Market analyst Elaine Kub says, “From a trading perspective, this new epidemic represents a sudden requirement to recalculate potential price outcomes. By placing even a little more weight on the potential for a catastrophic outcome, like an extended slowdown of the world's second-largest economy, these recalculations can drive consumer commodity prices drastically lower.”

Since mid-January when the agreement was signed, ocean shipping rates have dropped 31%. Soybean futures at the main futures exchange in Dalian, China dropped 11% in the first week of the virus outbreak. Soybean prices at the Brazilian port of Paranagua dropped 5%.

University of Illinois grain market analyst Todd Hubbs says, “The absence of substantial buying out of China looks to confirm the pessimism associated with the trade deal and place downward pressure on soybean prices.”

News services are giving plenty of coverage to Wuhan, China, the epicenter of the corona virus. What has not been widely reported, is that the same city is the center of a newly reported outbreak of H5N1 bird flu, which has killed tens of thousands of chickens, and appears to be spreading rapidly among large poultry operations. While transmission of the H5N1 virus to people is limited, if it happens, human mortality rates are said to be 60%.

Apparently, Chinese trade negotiators followed good risk management principles to insist the Phase 1 agreement include language that would allow for changes, “in the event that a natural disaster or other unforeseeable event” which would delay either country from complying with the trade deal.

In concert with that language, Chinese trade negotiators are expected to seek consultations with their U.S. counterparts to delay purchases of those $40-$50 billion worth of commodities this year and next. China said throughout the negotiations their commodity purchases would be in concert with market demand and at market prices.

Since over half of the Chinese swine herd has been eliminated by African swine fever, and reduced volumes of soybean meal will be needed for hog feed, the demand for soy protein for pork and poultry production in China is minimal at present.

U.S. grain traders refer to these developments as a “black swan event.” And U.S. farmers would hope that black swan would catch the bird flu.

Safety on the small farm 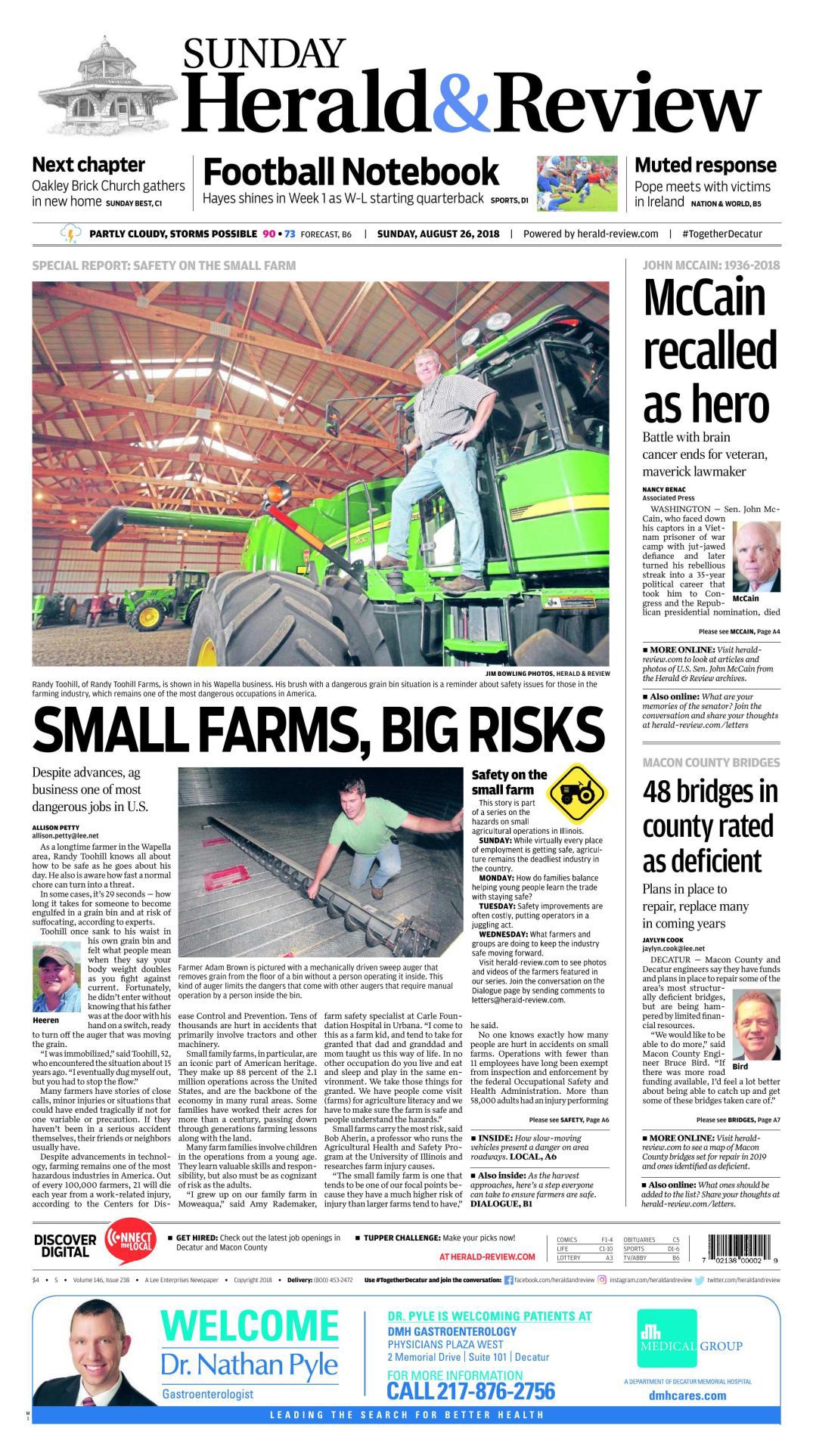 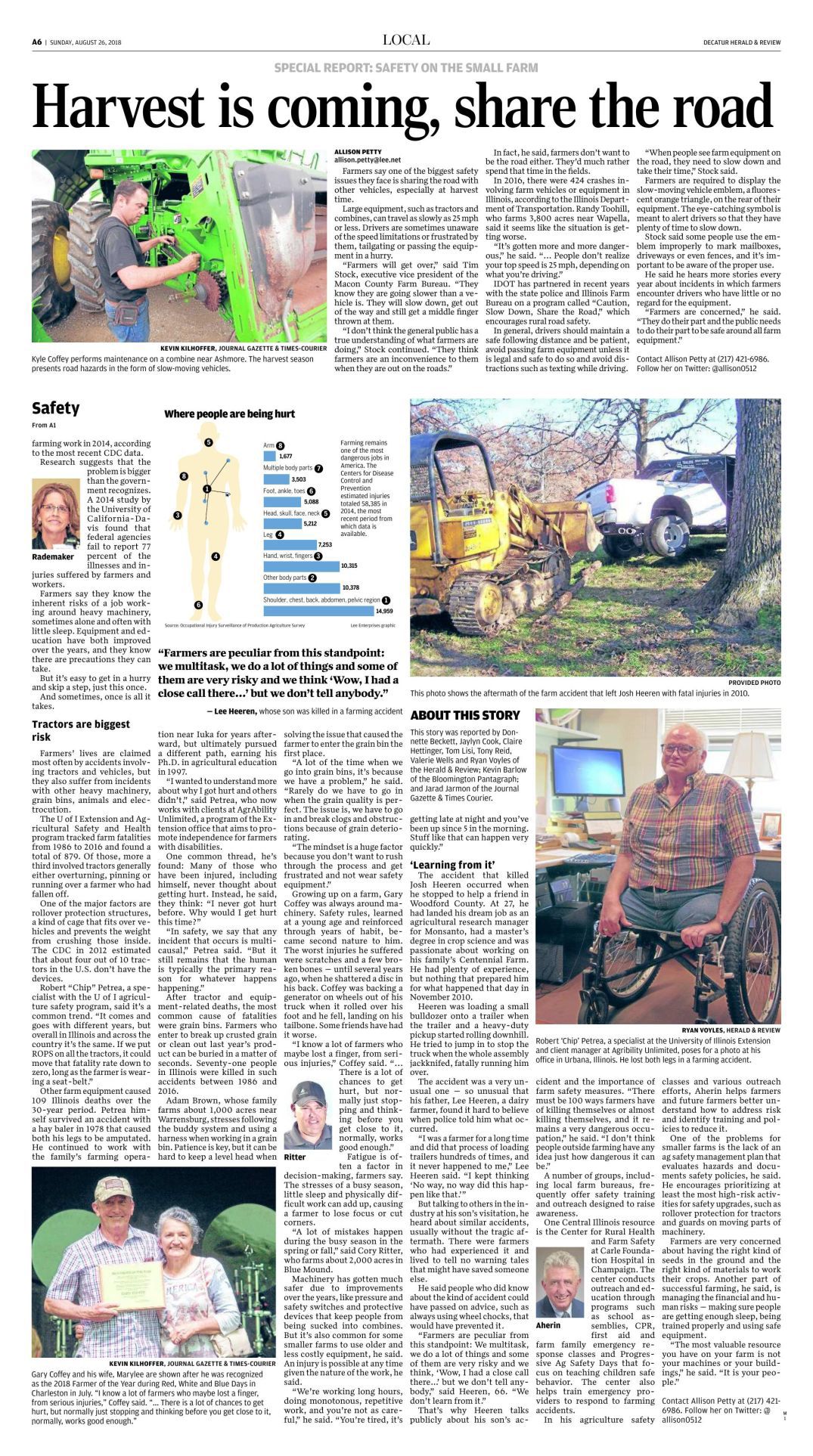 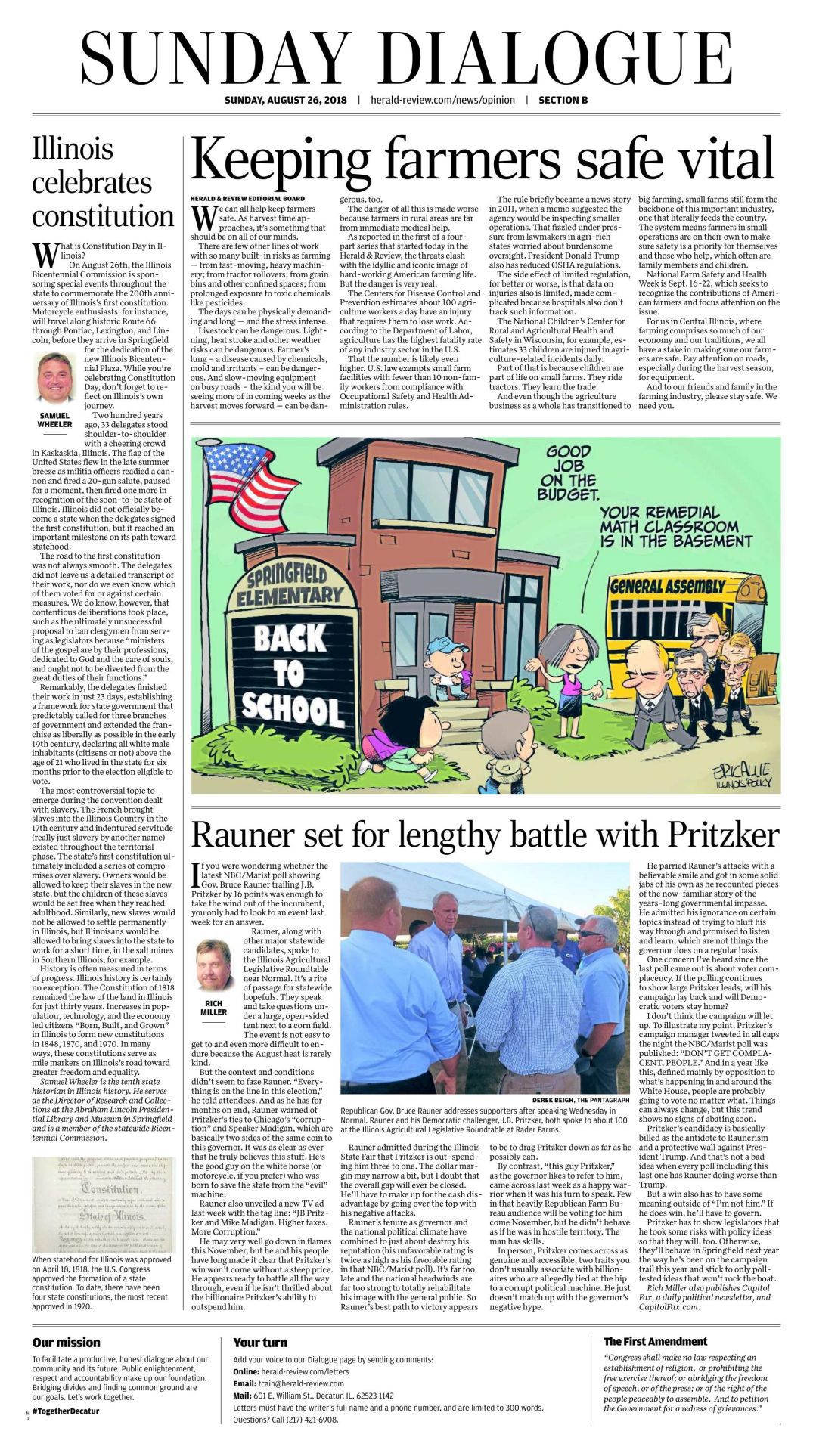 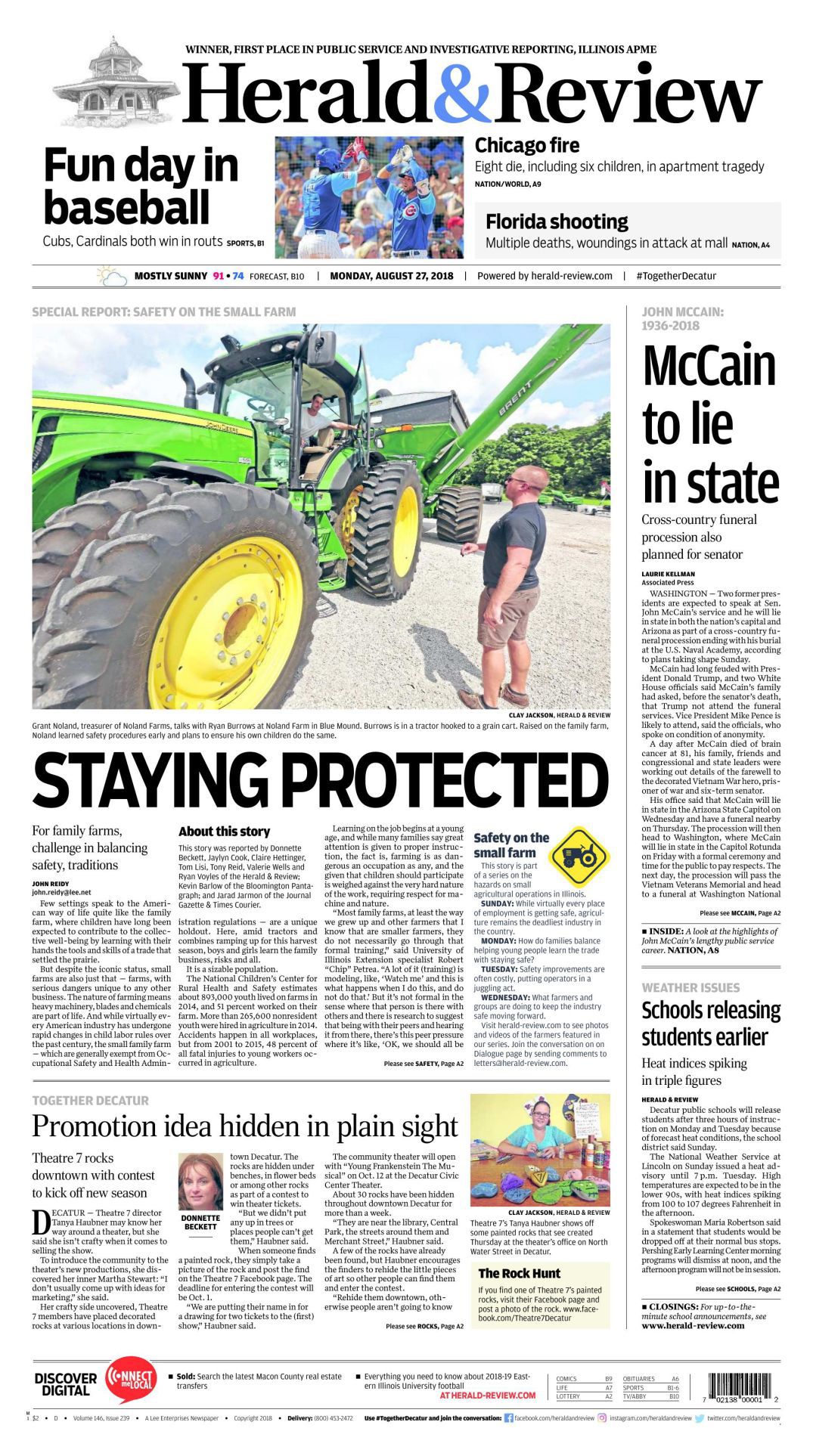 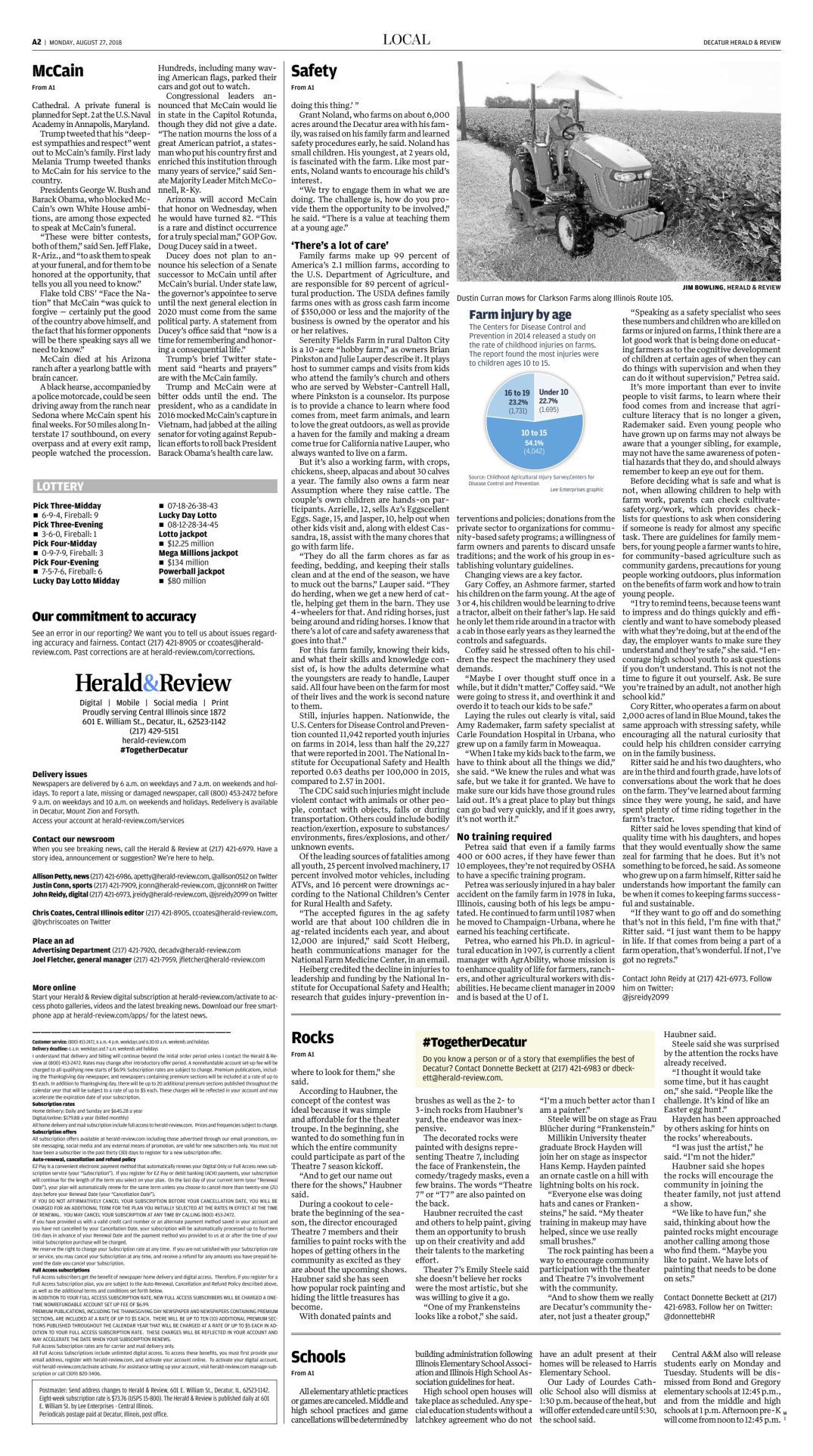 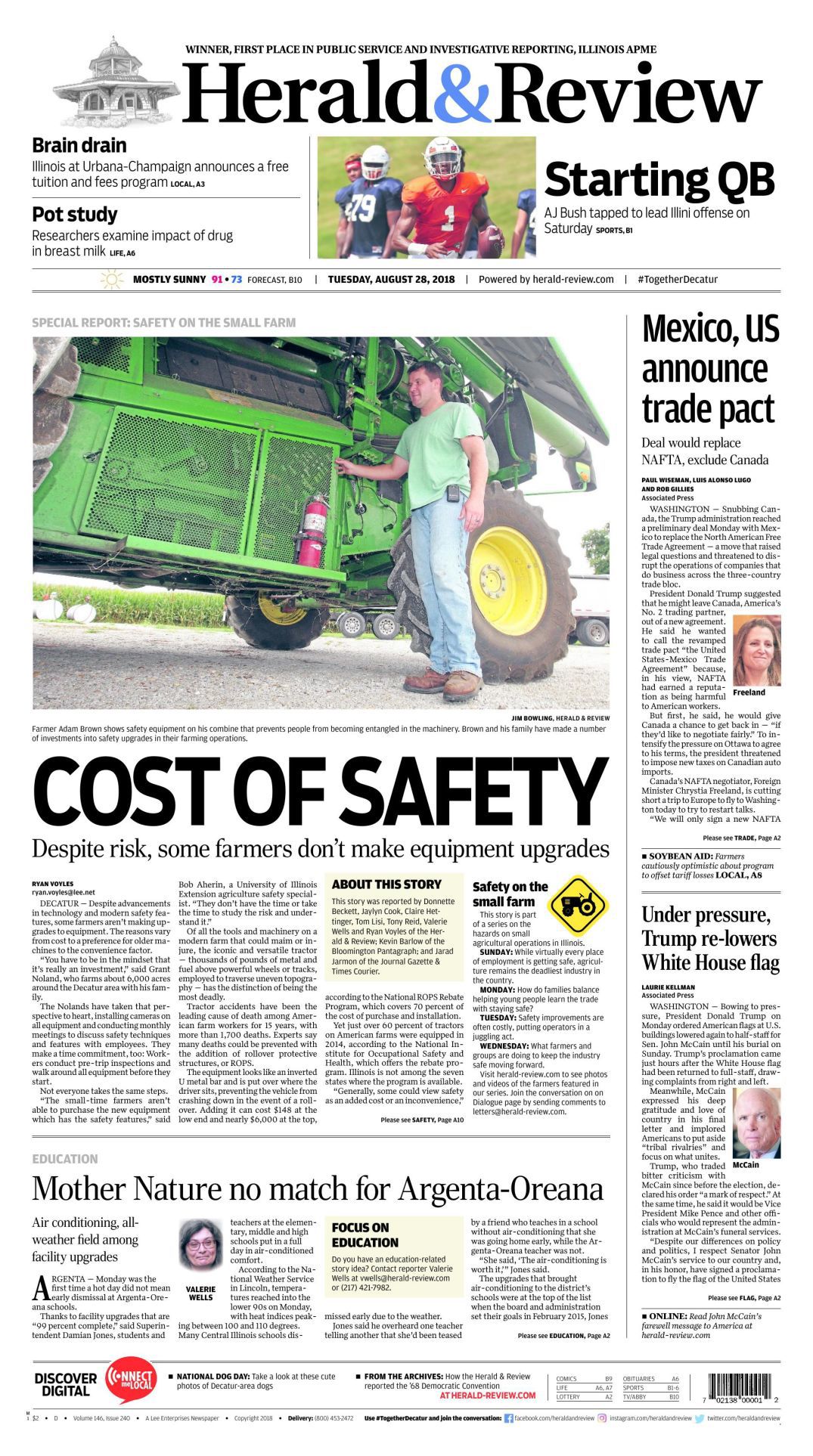 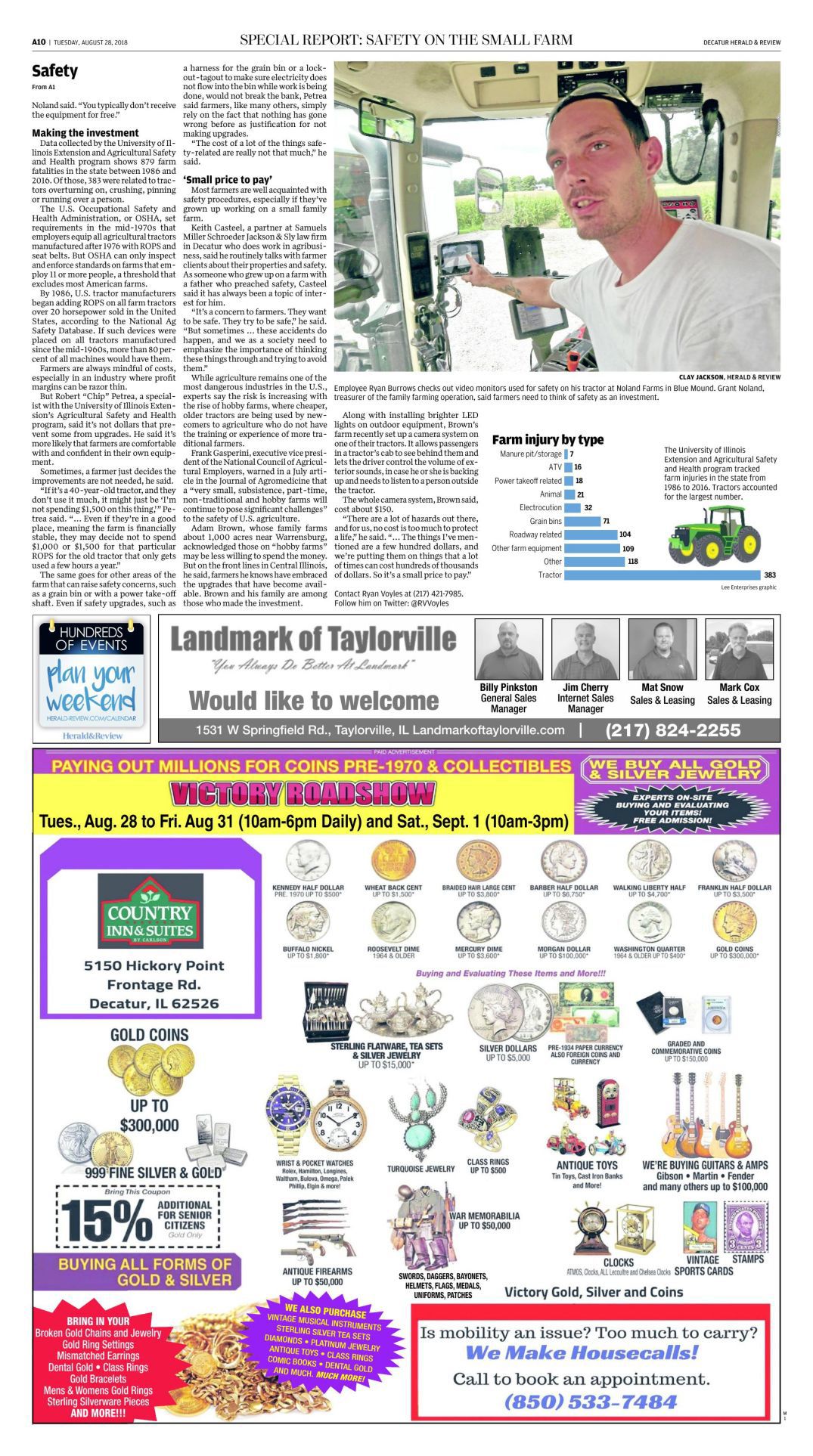 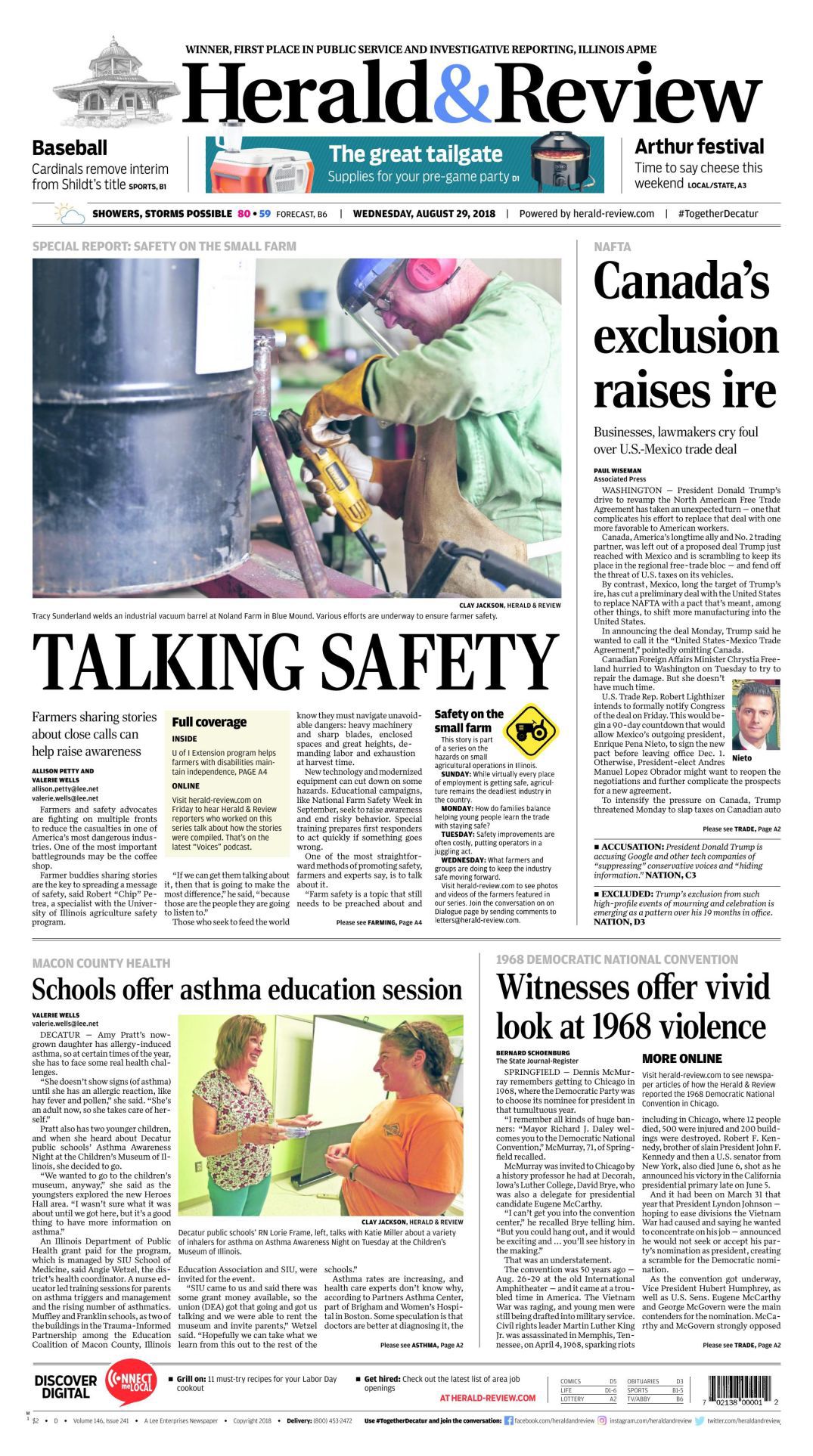 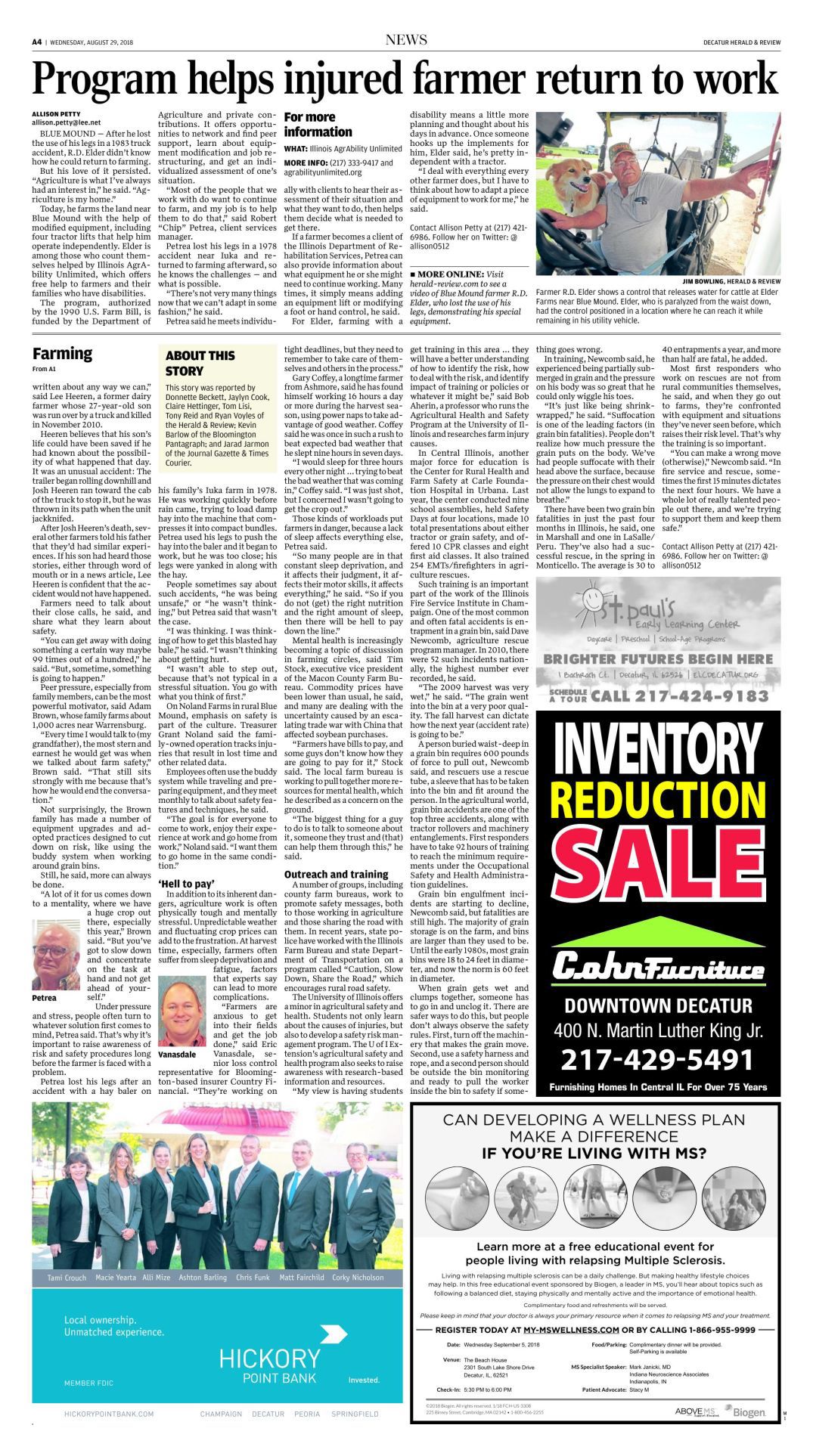 Stu Ellis is an observer of the Central Illinois agriculture scene. In addition to his weekly column, you can view his “From The Farm” and “Harvest Heritage” reports on WCIA 3 News.

STU ELLIS: Here's what the Fed knows about your farm

Here's what the Federal Reserve is being told about the Corn Belt economy, writes Stu Ellis, our longtime agriculture columnist. Is it correct?

While Washington was politically focused on “The Big Show” in the Senate, Air Force One was in Austin, Texas, and President Trump was welcoming applause at the convention center. The latest from agriculture columnist Stu Ellis >>>

Farmers are buckling their seatbelt. The end of the week will bring the U.S. Department of Agriculture's biggest report day of the year for mo…

Proposed budget calls for 8.2% cut in spending, along with billions of dollars of more cuts in crop insurance, conservation, disaster assistance and food aid. His response was a bit pointed.

Heart attacks, Winchester rifles, and even a snowmobile hill climb in Utah have commonly been called “widow makers.”