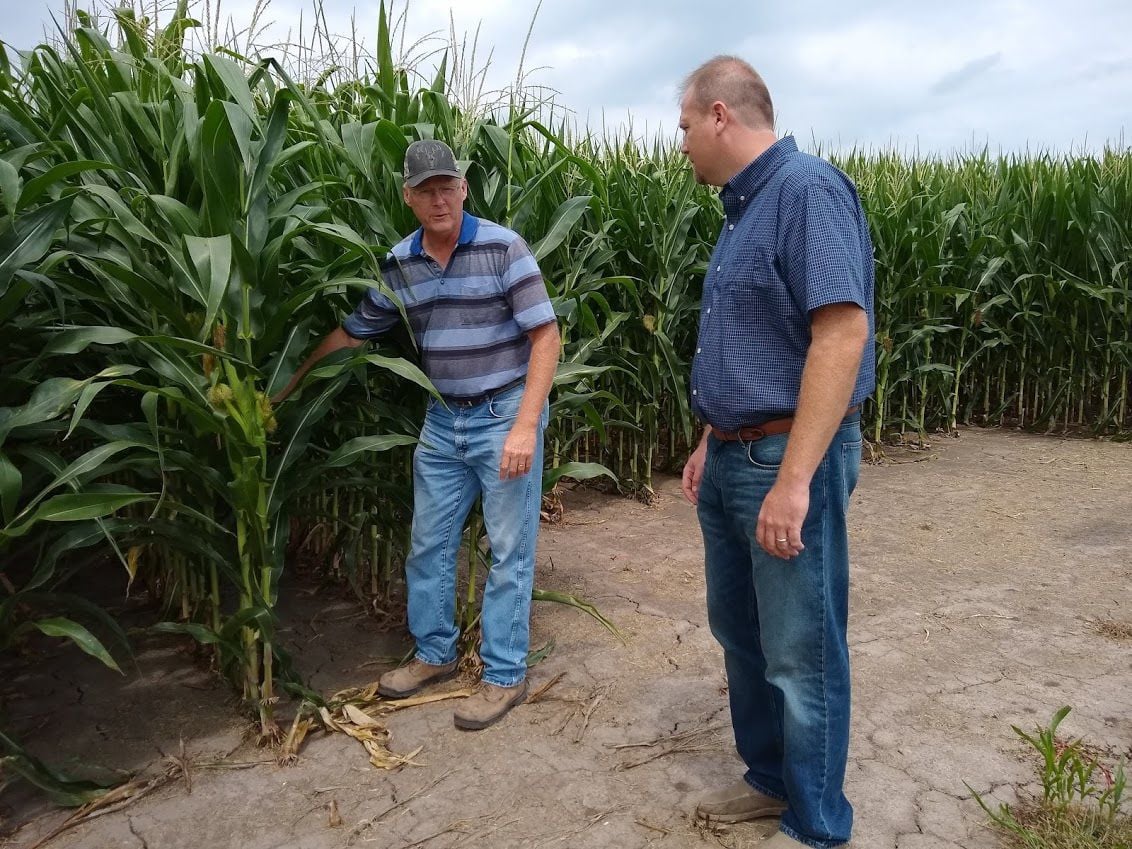 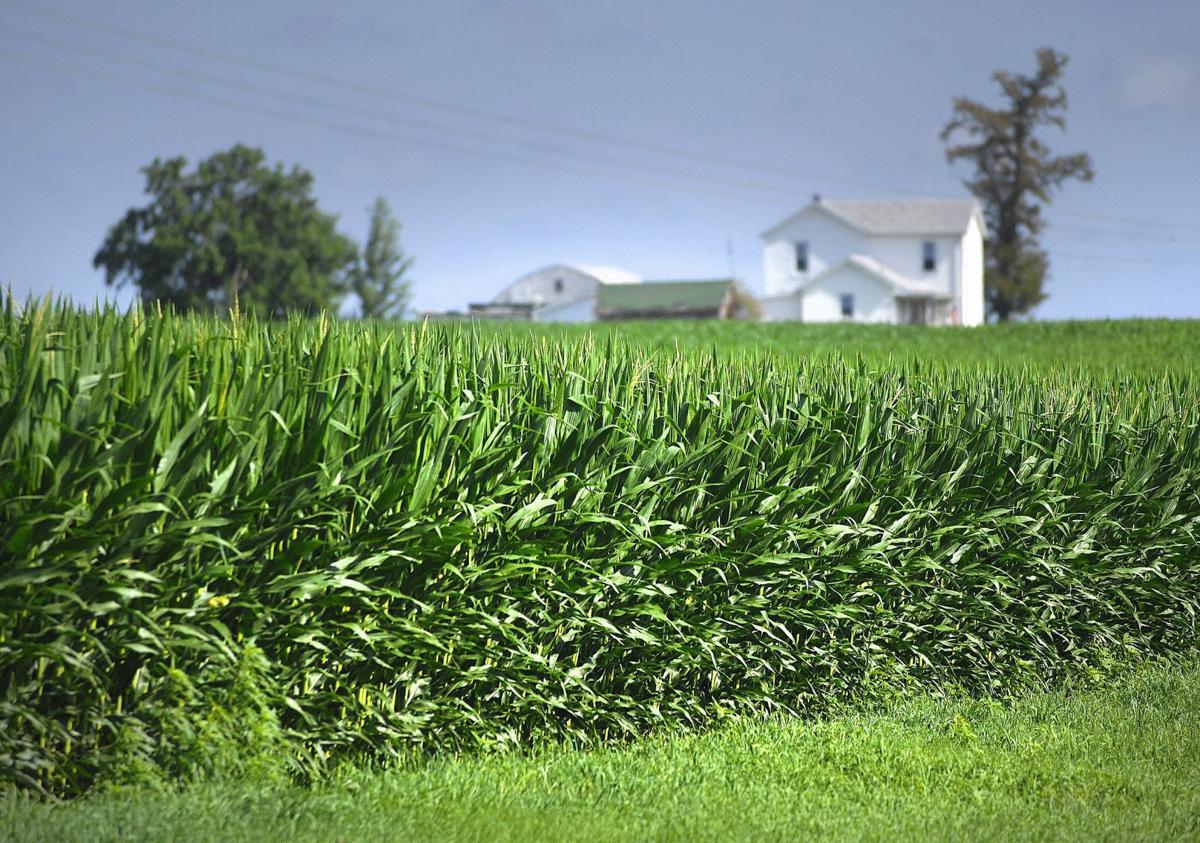 An east central Illinois corn field shows progress after a wet spring delayed planting in some locations. Yield outlooks are still uncertain because of the dry conditions this summer.

SPRINGFIELD – This year’s Illinois corn crop could be as much as 17% smaller than last year’s crop, while soybean production could fall as much as 21%, the U.S. Department of Agriculture said Monday.

Those numbers were part of a highly-anticipated report in which the USDA revised its most recent crop production estimates in light of this year’s unusually wet planting season that delayed or prevented many farmers from getting crops into the ground, followed by a severe heat wave in July that affected the development of those crops.

As a result, USDA lowered its estimate of total acres planted for both major crops this year, as well as the per-acre yield for each crop.

Nationally, USDA projected that corn production would fall 14% this year, while soybean production is expected to drop 19%.

As bad as those numbers are, however, Illinois Department of Agriculture Director John Sullivan said they were not as bad as many farmers and traders had expected.

“All in all, I think that most farmers are surprised at what these numbers came out at. They expected them to be much lower,” Sullivan said.

Sullivan said what surprised many people in Illinois is that, despite this year’s weather conditions, USDA did not significantly lower its estimate on corn production, the single largest cash crop in Illinois.

“I think that surprised a lot of people, that that per-acre average across the nation was that high, and I think most farmers out there, they’re not seeing that,” Sullivan said. “Of course, they’re only looking at our small world here in Illinois, and so it’s probably a bit deceiving, but I think there’s some surprise in those numbers.”

Illinois gun dealers now have to be certified by the state. But the state isn't ready to issue certifications

For Illinois specifically, however, USDA expects the number of corn acres harvested to fall by only 400,000 acres, to 10.4 million, and the yield to fall less than 14 %, to 181 bushels per-acre, for total production of just under 1.9 billion bushels, down almost 17% from last year’s production of nearly 2.3 billion bushels.

Asian carp have never breached a body of freshwater the size of Lake Michigan. Here's the bizarre way they could survive and thrive in the world's fifth largest lake.

CHICAGO — As Asian carp have stormed up the Illinois River in the past several decades, looming precariously close to Lake Michigan, scientist…

DECATUR — For such a little girl, Giannah Wilkins has a lot of responsibility. 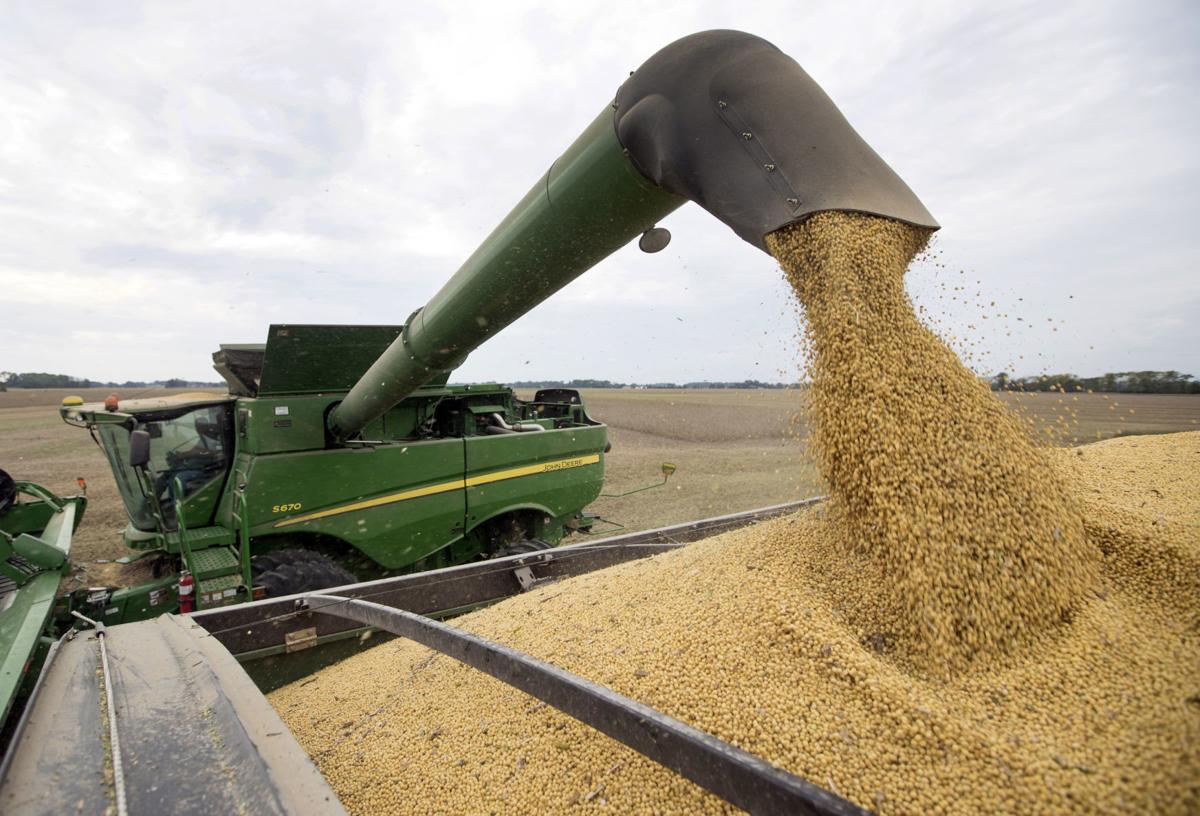 Mike Starkey offloads soybeans from his combine as he harvests his crops in Brownsburg, Ind. Soybeans, which account for less than 1 percent of U.S. exports, are upstaging weightier issues as the Trump administration tackles trade disputes with China and other countries. 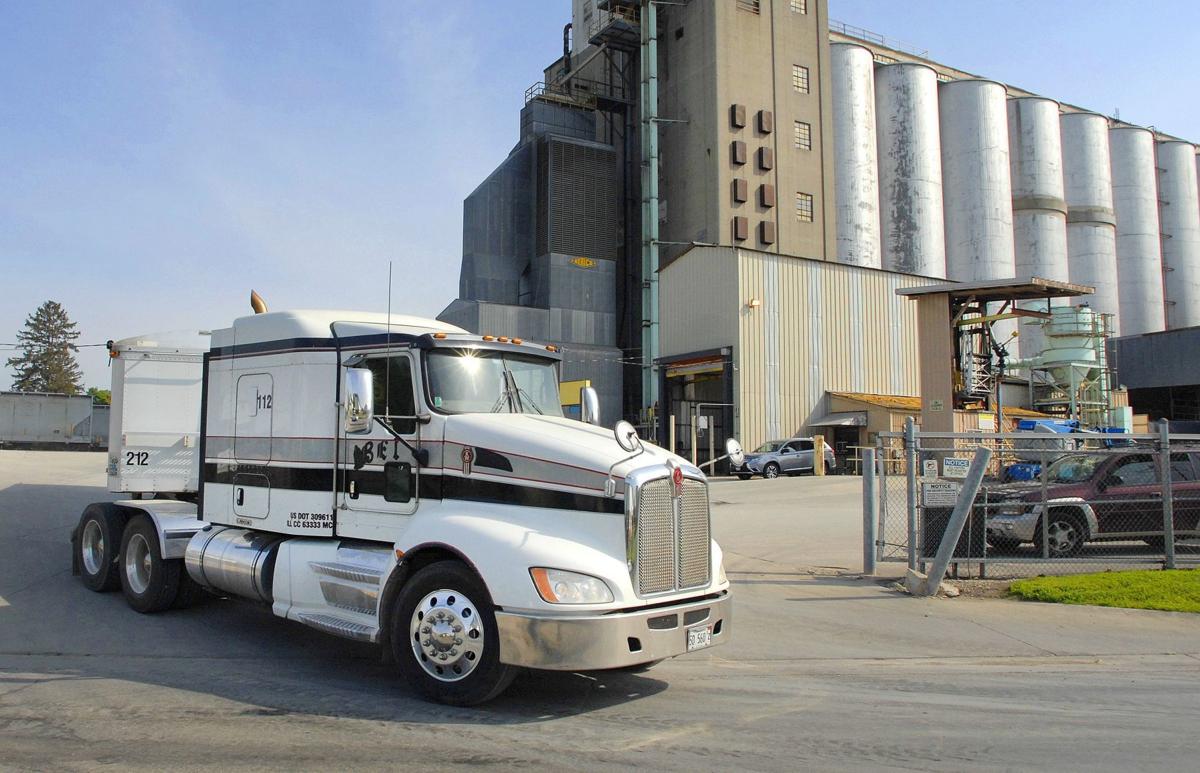 An east central Illinois corn field shows progress after a wet spring delayed planting in some locations. Yield outlooks are still uncertain because of the dry conditions this summer.