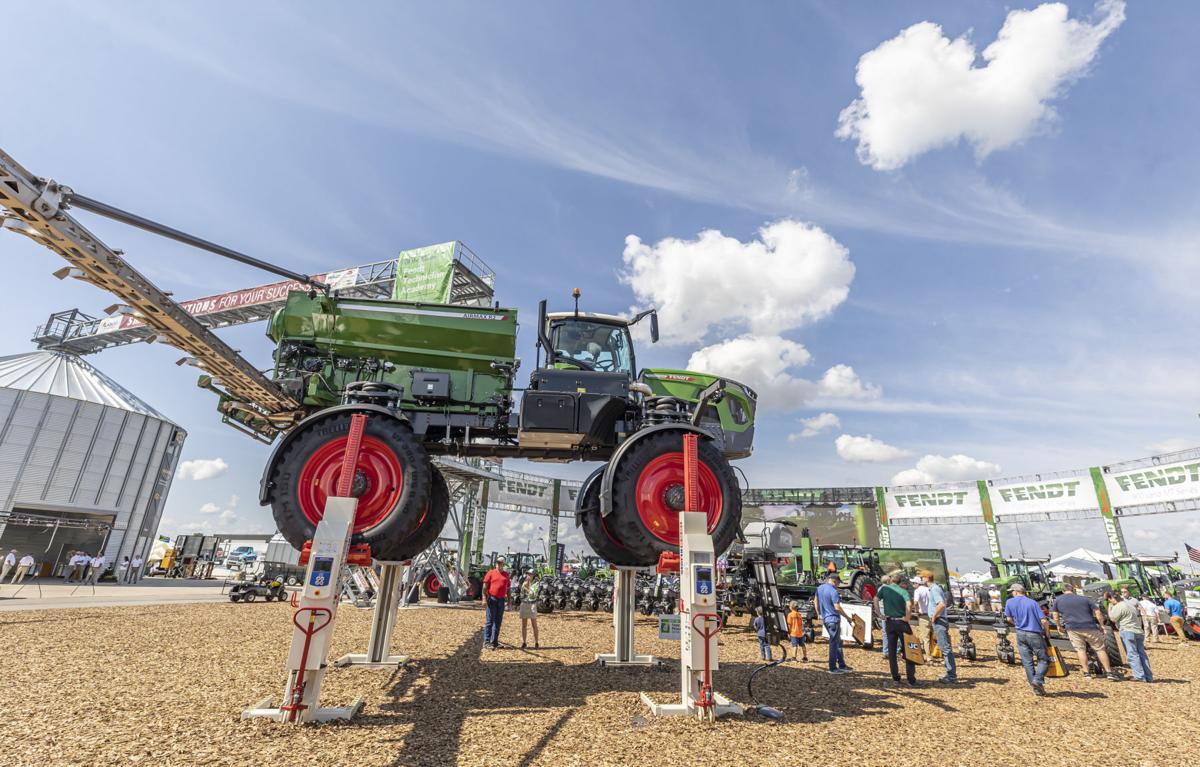 The crowd checks out a variety of equipment at the FENDT booth on Thursday at 2021 Farm Progress Show. While vendors said the lack of international visitors cut into the number of people who attended the show, those who did show up seemed eager to learn more about their products. 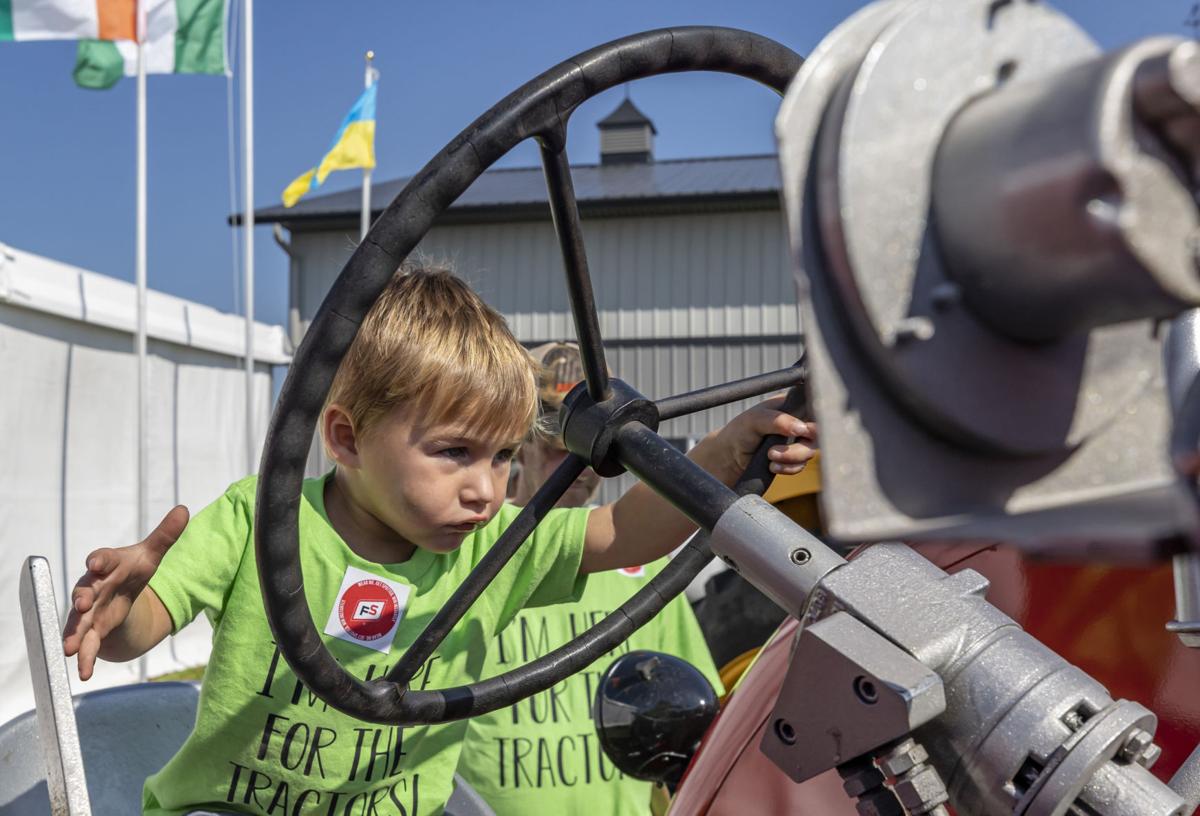 Sylas Hunt, 3, checks out a old tractor at the Antique Row on Wednesday at 2021 Farm Progress Show. Hunt is from Madison County, Illinois. Vendors reported seeing more young people at this year's Farm Progress Show, which they said may be a sign the younger generations are becoming more interested in the opportunities the ag industry holds. 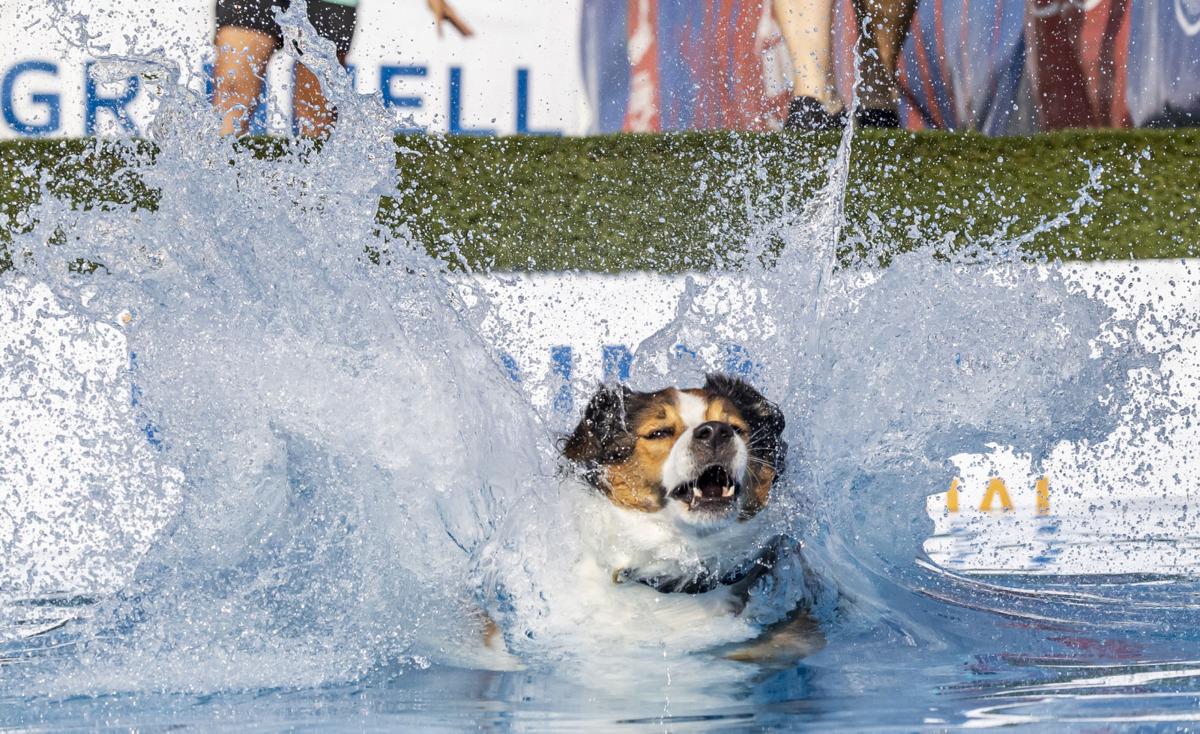 The North American Diving Dogs competition was a popular attraction at this year's Farm Progress Show..

DECATUR — For three days, Decatur was at the center of the agriculture world.

And while the this year's Farm Progress Show has come to a close, most everyone involved with the event — the organizers, vendors and local businesses owners — appear pleased with how things went and are already looking ahead to its return in two year.

“It feels good to see and meet people again and getting an idea of what everybody needs,” said Steve Johnson, a sales representative with Timewell Drainage Products. “The more people you see, the better you’re going to do.”

It was a welcome change from last year, when the show was held virtually because of the COVID-19 pandemic. That show was scheduled to be held in Boone, Iowa, as is next year's show. The Farm Progress Show will return to Progress City USA for the 10th time in 2023.

Vendors like Poly Tech Industries president Jimmy Rabitsch said even though there were not as many people this year, there were plenty of serious customers who were looking to buy different kinds of combine covers or stubble stoppers.

“When you do different shows there’s always days where you have a lot of school kids and locals,” Rabitsch said. “The key is do you get the quality farmers that are here and really interested in finding what they need.”

Altorfer CAT sales representative Brain Goudie said he did not see as many international guests this year because of global travel restrictions. Instead he  saw an abundance of people who came from multiple states away and local people who came in on their lunch break.

Goudie said he especially saw more children this year that showed genuine interest in their products and that are being raised into the farming or construction industry.

“They already know a lot about the machines, and in some aspects, as much as I do,” Goudie said. “I can almost sense that the old saying of your kid has to go to college to be successful is starting to relax a little bit and kids are being brought up in trades right now.”

Matt Jungmann, national events director at Farm Progress, said this year felt like everybody missed their family reunion last year and are excited to see each other for the first time at Progress City since 2019.

“The partnerships that we have here with everybody in Central Illinois that helped us make this happen have been wonderful and we really prize them,” Jungmann said. “There’s an unending list of people who deserve a big thank you and deserve to hit the snooze button a couple extra times to get some rest after putting in all this work.”

Those in the agriculture industry aren’t the only ones happy to see the show return to Decatur after a rocky year. Local business and officials were happy to see it as well.

According to Teri Hammel, executive director for the Decatur Area Convention and Visitors Bureau, the three-day event helped the city in various ways. “Absolutely it helped the city, between hotel/motel tax, food and beverage tax and sales tax, it is a huge economic boost for the community,” she said. “The show also pays groups for what all they do for the show.”

Visitors and vendors utilized restaurants, hotels, gas stations, building supply and department stores. “You name it and they use it,” Hammel said. And that spending isn't limited to the three days of the show. Crews start arriving in July to begin the massive task of getting the grounds ready for the show.

“We sold out with the rooms we had available,” said Steve Horve, owner of the Decatur Conference Center and Hotel. The hotel had approximately 200 rooms available for vendors and visitors.

As soon as the event was confirmed for the Decatur venue, patrons began reserving rooms at local hotels. According to Horve, his regular customers had their rooms reserved two years ago, with confidence they would return. “Those were the different vendors and suppliers and people that are participating in the Farm Progress Show. as well as people that are coming to see the show,” he said.

The Decatur Conference Center and Hotel also offers food and beverages at its restaurant and bar. The revenue from both services benefitted the hotel as well. Horve also owns the Homewood Suites in Forsyth and the Hampton Inn along Mount Zion Road. “And we sold out with those properties as well,” he said.

Although international travel was limited this year due to COVID restrictions, the business believed the city fared well. “It was still a great event,” Horve said. “But I don’t think it was as robust as it was two years ago. We filled up anyway.”

Other hotels experienced cancellations from international travelers as well. “But we were able to rebook the rooms fairly easily,” said Bart Dunmire, assistant general manager of the Holiday Inn in Forsyth.

All of the visitors were welcomed at the hotels and other businesses. Dunmire’s hotel began seeing an uptick in business only four months ago. “It’s been very, very slow,” he said. “Companies are starting to travel again more, so hopefully we’ll see that trend continue.”

The Farm Progress Show helped with this year’s revenue. Dunmire is unable to predict the future, since the hotel does not book rooms two years in advance. “But they are inquiring about it already,” he said.

The Holiday Inn also houses The Burger Theory, a dine-in restaurant open during select hours. However, like many restaurants, they struggled to have enough employees for the amount of business they expected to receive. “Right now we are open for limited hours,” Dunmire said.

Angie Mason, co-owner of the Beach House near Lake Decatur, welcomed many customers associated with the Farm Progress Show. “On Tuesday, about 95 percent of our diners were from the show,” she said. “And we still had some coming on Wednesday.”

The restaurant has their return customers every two years. “It’s nice every couple of years we see the same guys,” Mason said. “When they leave, they say ‘We’ll see you in two years’.”

The Beach House opened its doors for dine-in customers in January. The pandemic limited the restaurant’s space for sit-down customers to warmer weather. “We were fortunate to have outdoor seating,” Mason said.

However, the staff was ready to welcome those associated with the Farm Progress Show. “This was nice and helped,” Mason said.

Watch now: Videos from the 2021 Farm Progress Show in Decatur

Watch now: What to know about this year's Farm Progress Show

Watch now: What is headlining the 2021 Farm Progress Show

Go to herald-review.com for more stories, photos and videos from the 2021 Farm Progress Show in Decatur.

Never before seen lift system is revolutionizing a safer approach to building pole barns by allowing workers to build an entire roof and structure on the ground before raising it.

'Masks up, Curtain up': Shows returning to Sullivan's Little Theatre

Little Theatre-On the Square will present its first show of the season, “Dueling Divas,” for one night on the Sullivan stage

FBi Buildings raised a pole barn on Richland Community College grounds on Monday which will be the new home of the college's agricultural program.

Face your financial anxiety by reframing your relationship to money

The crowd checks out a variety of equipment at the FENDT booth on Thursday at 2021 Farm Progress Show. While vendors said the lack of international visitors cut into the number of people who attended the show, those who did show up seemed eager to learn more about their products.

Sylas Hunt, 3, checks out a old tractor at the Antique Row on Wednesday at 2021 Farm Progress Show. Hunt is from Madison County, Illinois. Vendors reported seeing more young people at this year's Farm Progress Show, which they said may be a sign the younger generations are becoming more interested in the opportunities the ag industry holds. 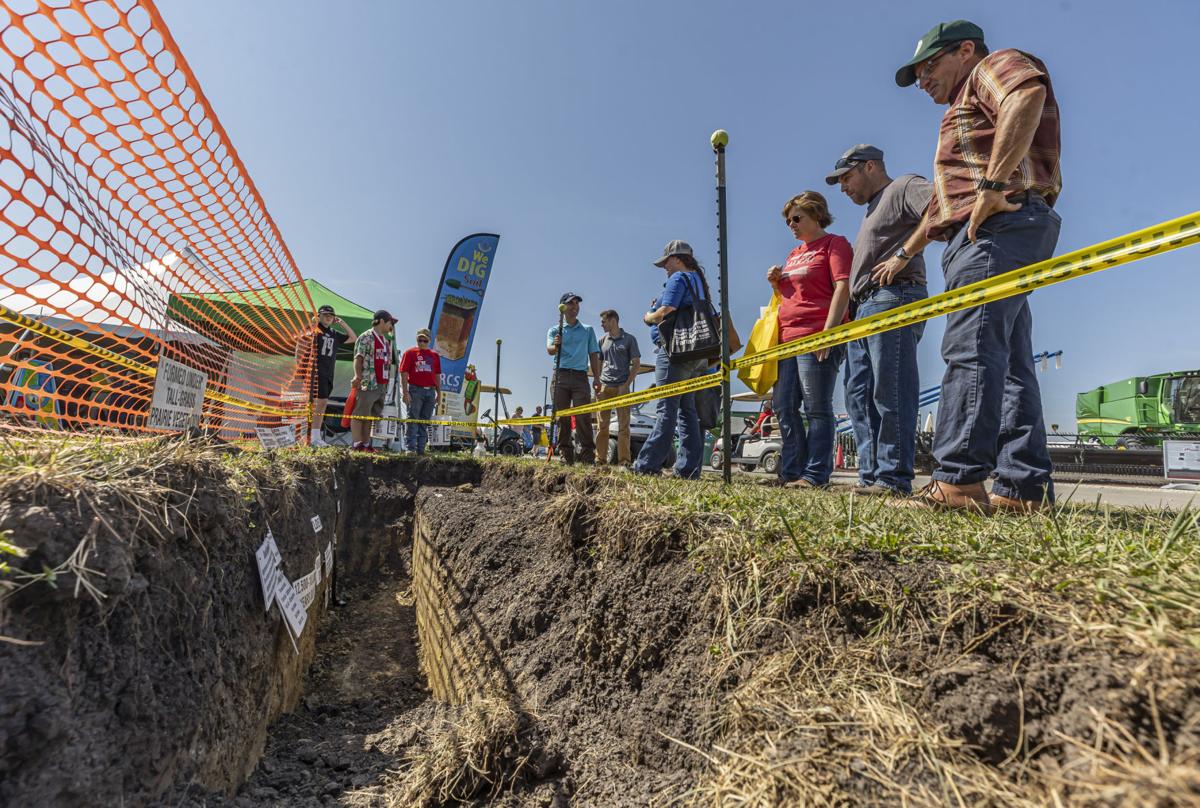 A group looks at the variety of Illinois soil on Thursday at the Association of Illinois Soil and Water Conservation Districts booth, one of many educational displays at this year's Farm Progress Show.

The North American Diving Dogs competition was a popular attraction at this year's Farm Progress Show..