COVID-19 vaccinations are accelerating, forcing CEOs to plot a return to the office sooner than expected
0 comments
Share this
{{featured_button_text}}

CHICAGO — As COVID-19 vaccinations ramp up, so are timelines for Chicago companies bringing workers back to the office.

The quicker-than-expected return to the workplace means CEOs and human resources departments are under increased pressure to make difficult decisions. Those include how quickly to mandate on-site work, whether to ask for proof of vaccinations and how to navigate shared spaces where people gather for coffee breaks and meetings.

Corporations also must nail down policies on how much, or little, work will continue to be done remotely.

Some of the world’s best-known companies — including Amazon and Google, which have large offices in Chicago — have begun telling employees they’re getting close to welcoming large numbers of workers back to the office.

Other companies say they’ll create a hybrid environment, with employees in the office, but less than five days a week.

“Now that vaccinations have picked up, that has created a parallel momentum for company managers to get their act together in planning to bring people back,” said Philippe Weiss, president of Seyfarth at Work, a subsidiary of law firm Seyfarth Shaw that consults companies on workplace relations. “A month ago, a lot of my clients were talking about the summer at the earliest. Now when companies call me, they may be bringing people back by May.”

One of the most debated topics is whether to require workers to be vaccinated, or to meet other conditions, in order to return. Weiss said 25% of his clients are considering requiring vaccinations.

The topic has come up often enough that Kastle Systems, which provides key-card entry systems and other security technology to landlords and employers, has begun offering options such as whether a worker has been vaccinated or recently tested for COVID-19 as new criteria for building access. No companies have signed on yet, said Mark Ein, chairman of Virginia-based Kastle Systems.

“Every company is going to have to make their own decisions,” Ein said. “My personal belief is that the vast majority of people are only going to feel safe if they know everybody in the office doesn’t have COVID, either because they’ve been vaccinated or because they’ve been tested. People will only come back if they have that assurance.

“I think once most people are vaccinated, the return to the office will be quicker and at higher levels than many people predict.”

Kastle, which works with about 3,000 companies in 165 Chicago-area buildings, found only 14.2% of workers had returned as of late March. That was the second-lowest rate of 10 metropolitan areas tracked by the company, trailing only San Francisco. The average is 24.2% occupancy.

The past couple of weeks have provided glimpses of hope for downtown, which some experts have predicted could take years to fully recover from the near-total shutdown of the economy that began in March 2020.

Amazon and Google’s plans to head back to the office are significant because many had speculated that technology firms would be among those most likely to embrace remote work long-term.

The pace of return will vary by location, depending on vaccination and infection rates, Amazon said.

Seattle-based Amazon has more than 700 corporate and tech workers in its downtown Chicago office, only about 10% of whom are currently on-site on any given day, said company spokesman Jose Negrete.

Google has told workers they will begin returning to offices over the next few weeks, although on-site work will remain voluntary until September. It has 1,400 employees in Illinois, mostly in Fulton Market district offices that serve as the company’s Midwest headquarters. The company plans extensive hiring in Chicago, as part of an effort to add 10,000 employees nationwide this year.

Neither tech giant is requiring workers to be vaccinated.

Some companies are offering incentives to encourage workers to get vaccinated, such as time off to get the shots. No Chicago company has publicly said it will require vaccinations as a condition for going back to the office.

The spring and summer are likely to be key moments in the debate about whether vaccines should be mandated. About 20 states including are considering legislation on the issue, and building owners could create their own rules, taking the decision out of employers’ hands.

Managers also will need to set and enforce rules for workplace etiquette on a range of issues, including whether masks will be required and for how long.

In time, those debates will pass with the eradication of COVID-19.

“It’s hard to mandate something that most of the population hasn’t had access to,” said Chicago lawyer Aimee Delaney, a partner at Hinshaw & Culbertson. “Employers have been able to delay and think through the decision. That’s changing as vaccines become more widely available.”

For now, companies face a juggling act between protecting workers’ privacy and allaying the fears of workers who are reluctant to work in an office and who may want to know whether people in the same meeting have been vaccinated, she said.

The U.S. Equal Employment Opportunity Commission has said companies are within their rights to require vaccinations. But there are exceptions, such as medical or religious reasons.

“Yes, you can ask for proof of vaccination, but you have to make sure you’re not getting any other health or disability information,” Delaney said. “You have be careful about asking why someone hasn’t been vaccinated, and you need to avoid implementing a policy that you haven’t fully thought through.”

Employers and building owners faced similar challenges in the early weeks of the pandemic, when many office buildings were still heavily occupied. When an employee tested positive for COVID-19, warnings were sent out to co-workers and other employees in the building or office complex, without providing personal information. In many cases, colleagues who had been in close contact were notified separately.

“Employers had to toe that line of not disclosing an employee’s name, but notifying relevant groups that they had exposure,” Delaney said. “It was a constant discussion, and I think most employers navigated that pretty well.”

Other scenarios will play out in the months ahead, such as what happens when one employer in an office building that houses multiple companies requires vaccinations.

“If a company makes it mandatory for all of its employees, will that company go to the landlord and ask that it apply to the entire building?” Weiss said. “It would not be entirely surprising if that’s where we end up.”

For the past year, building owners have revamped their buildings to reassure workers, such as improving air quality, adding more cleaning crews and posting signs to encourage distancing.

Some issues that seemed significant initially, such as how to handle elevator etiquette, are less of a concern, said Farzin Parang, executive director of BOMA/Chicago, an association of 240 downtown buildings.

“My sense is it will be a slow phase-in,” Parang said. “I don’t think it will be a flood. After everyone gets comfortable with it, you might see a big jump.

“There’s a fair amount of employers looking around and asking, ‘What are other companies doing?’ Once a few companies make their decisions, I think you’ll see a lot of others follow.”

Commercial real estate services firm Avison Young is beginning with a nudge, albeit a firm one.

Employees have been told they should start returning to the office for at least some of the week, CEO Mark Rose said.

For now there’s no penalty for continuing to work from home. Employees with difficulty accessing vaccines or child care, or with anxiety about riding public transportation or other issues can talk it through with their managers, Rose said.

“If not, then we expect you to start finding your way back to the office,” Rose said of employees.

The Toronto-based company has more than 5,000 employees worldwide, including more than 200 in the downtown Chicago office that serves as its North American headquarters. Vaccinations will not be required to return, Rose said.

“People are meant to be with people,” Rose said. “I’m very concerned about the development of our young workers and middle management. That just doesn’t happen over video.”

Rose likens the pandemic to the aftermath of the 2001 terrorist attacks that destroyed the World Trade Center twin towers in New York.

“After 9/11, it took about two years to get everybody comfortable again,” Rose said. “People said they’d never go into a named building or the upper floors of a tall building. But landlords invested in security and eventually people felt comfortable again.

“This time I think there will be a stream of people returning, and then there will be an inflection point, maybe this summer, where everyone realizes: Hey, there’s no reason not to go back.”

Worried About a Stock Market Crash? 5 Ways to Be Ready

There'll be a downturn at some point. These five moves will help you prepare.

Here's a look at current projects, according to Macon County records.

5 home remodeling trends to watch for in 2021

Open floor plans are out; dedicated spaces for remote work and learning are in. Also, check out more home and personal finance advice from experts at NerdWallet, Forbes and the Motley-Fool.

STU ELLIS: Buckle up. Congress may be changing plenty with farm finances

Proposals moving through Congress could have dire consequences on farm operations.

Rivian plant gearing up for June launch in Normal

Worried you've missed the boat on funding your IRA or 401(k)? Do these things to catch up.

Got a pile of cash back from the IRS? Here's how to turn it into a life-changing sum.

Want More Tax-Free Income When You Retire? It's Not Too Late to Contribute to a 2020 Roth IRA!

Make the most of your final days to contribute to a 2020 Roth IRA. 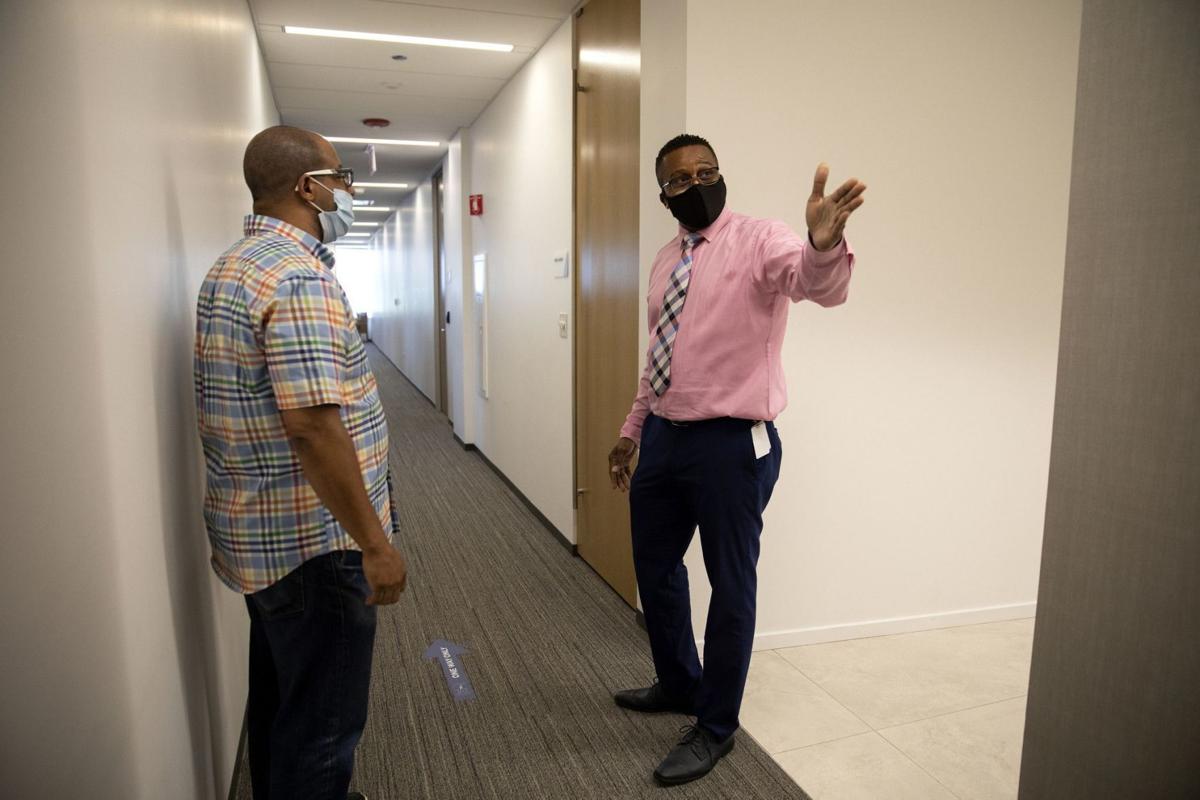 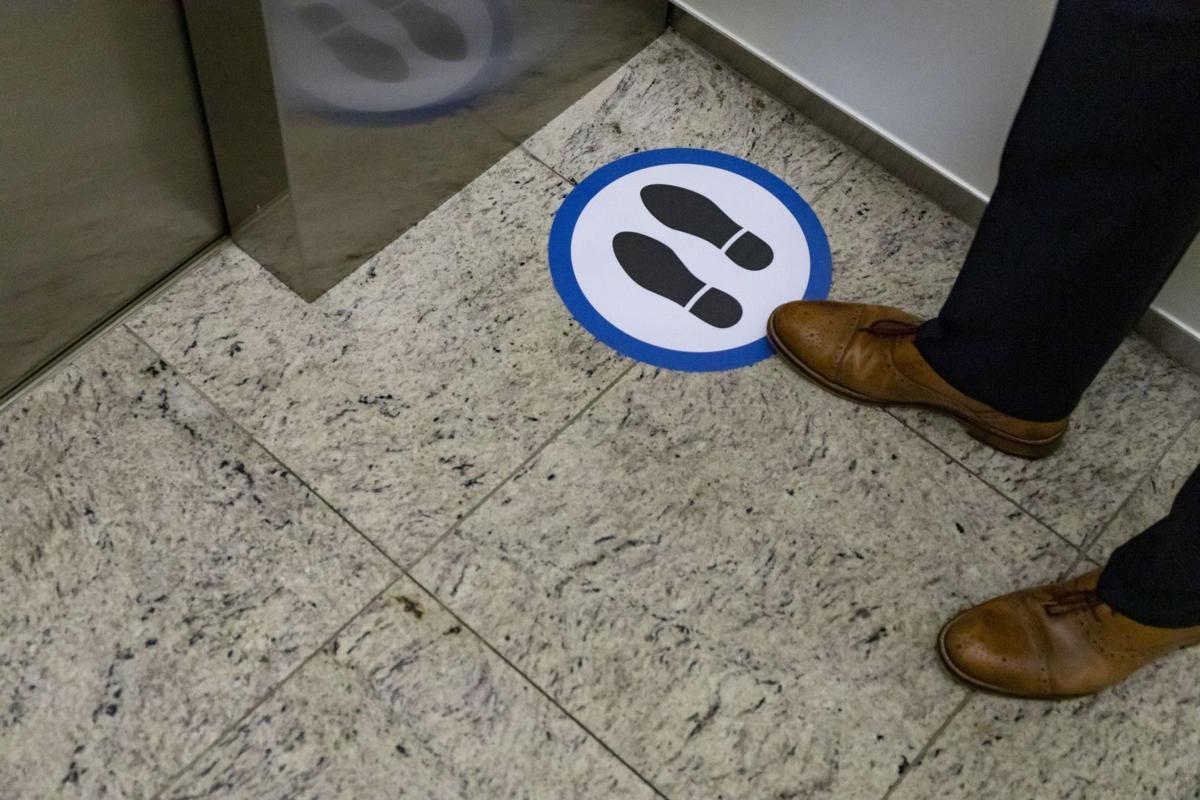 Floor decals mark space for four passengers to socially distance in the elevators, July 16, 2020, at 150 N. Riverside in Chicago.