DECATUR – With the appointment of Sarah Shupenus as Millikin University's new vice president for enrollment and marketing, Patrick White has his administrative team in place one year after his appointment as the university's 15th president.

Since his appointment, White has also hired Jeff Aper as provost and named Ruby Brase as his vice president for finance and business affairs, among other changes.

Monday's announcement eliminates the term “interim” from the titles of all 31 members of Millikin's administration. When White arrived in Decatur as the university's interim president on July 1, 2013, two of his four vice presidents, Shupenus and Brase, were “interim” and a third, filled this summer by Aper, was vacant.

“It is very important to me that everyone in the cabinet not only manages a particular area but also demonstrates a commitment to leading the whole university,” White said. “Sarah Shupenus, Ruby Brase and others have demonstrated this vital ability.”

Brase was named interim vice president of finance and business affairs in February 2013 and was previously director of financial operations. She has been with Millikin since 2000.

Shupenus began her Millikin career in 1997 as a staff writer for the marketing department. She was promoted to associate marketing director in 2000 and director in 2005 and led the university's first-ever brand development project identifying performance learning as a distinctive element of a Millikin education.

What's being built in front of Decatur's Sam's Club?

A building permit issued by the city of Decatur values the project at $750,000.

An inspection found "live cockroaches and evidence of rodent activity," according to the report. Read it here.

Facing a recovering economy and a shortage of workers, businesses are hiring teens this summer to keep up with demand

CHICAGO — Logan Riedel knew he needed to make some money this summer. The 22-year-old sent out a few job applications but wasn’t getting a quick response.

What to expect in your revamped herald-review.com

It is time. Time to give our website users a better digital experience.

Watch now: Community Wall to highlight what people like about Decatur, Macon County

The Community Wall is one of the features during the events tied to the Chamber Expo, hosted by the Decatur Regional Chamber of Commerce and the Herald & Review, on Wednesday evening and most of the day Thursday. 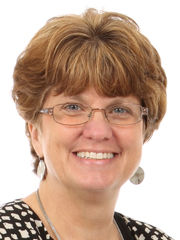 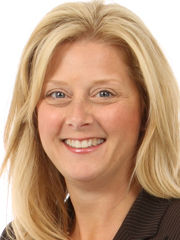