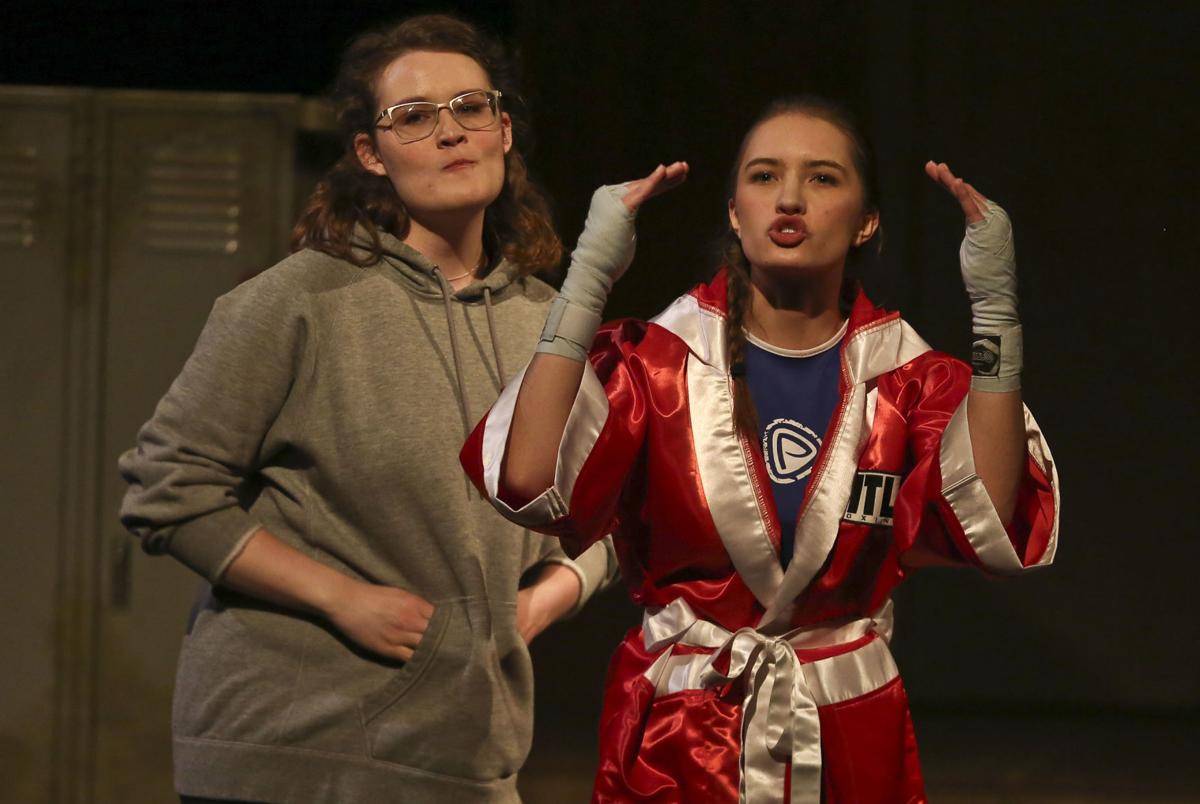 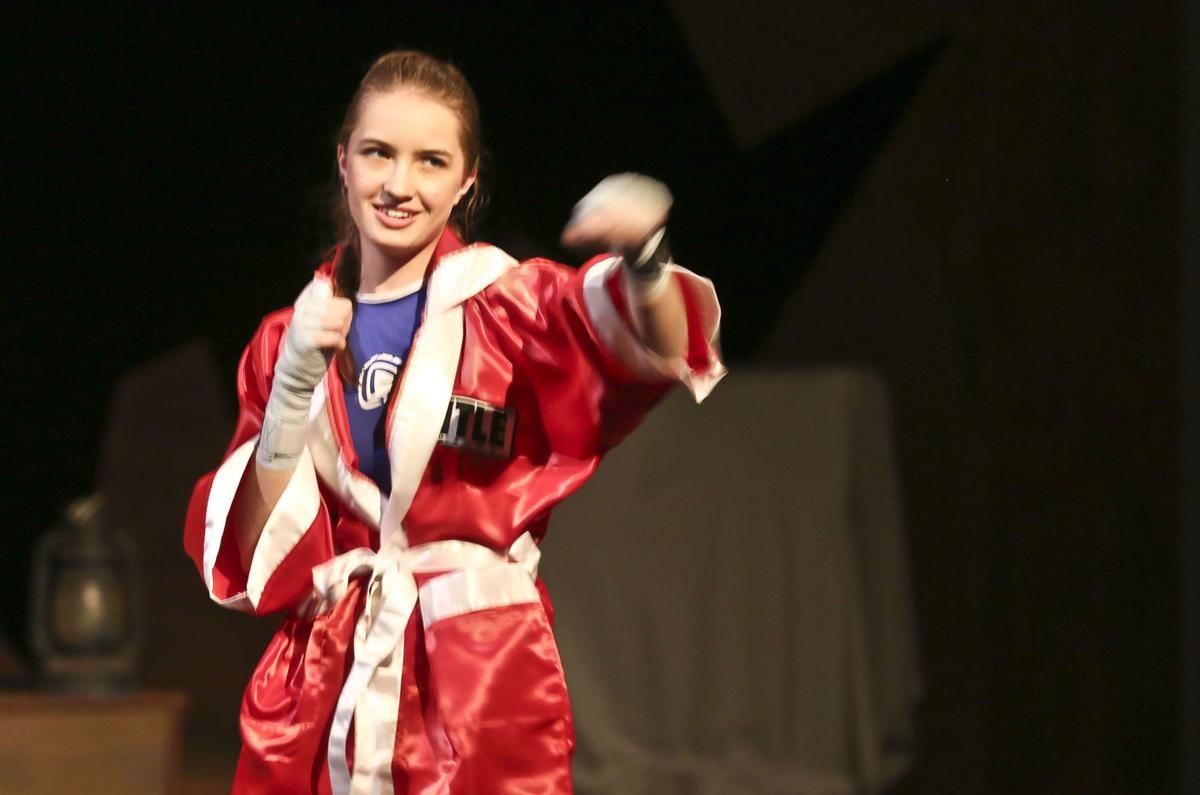 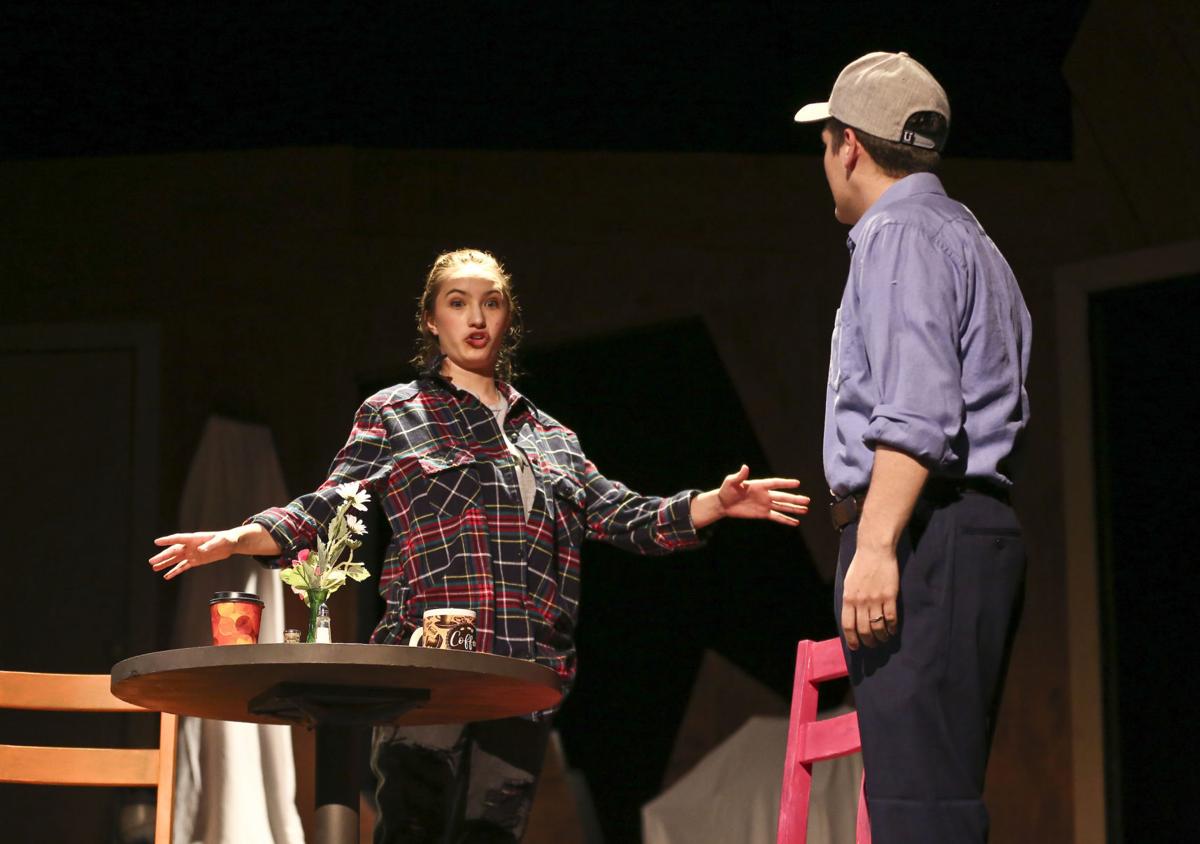 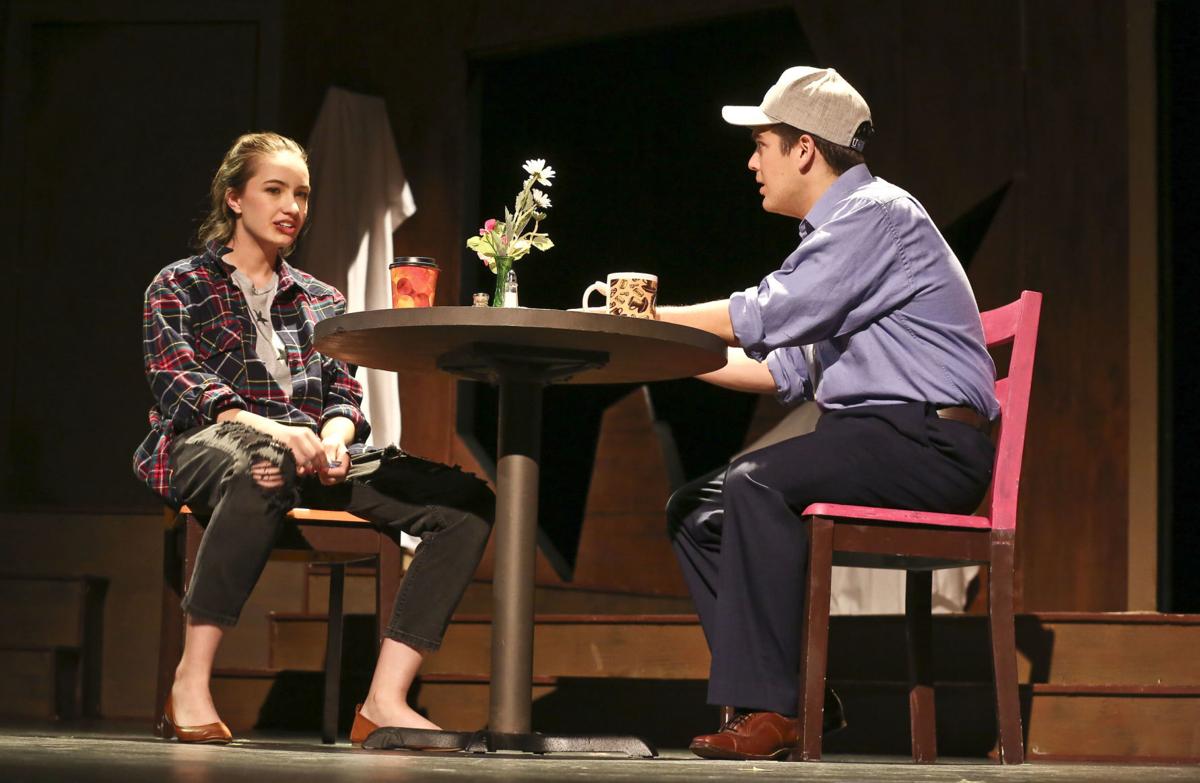 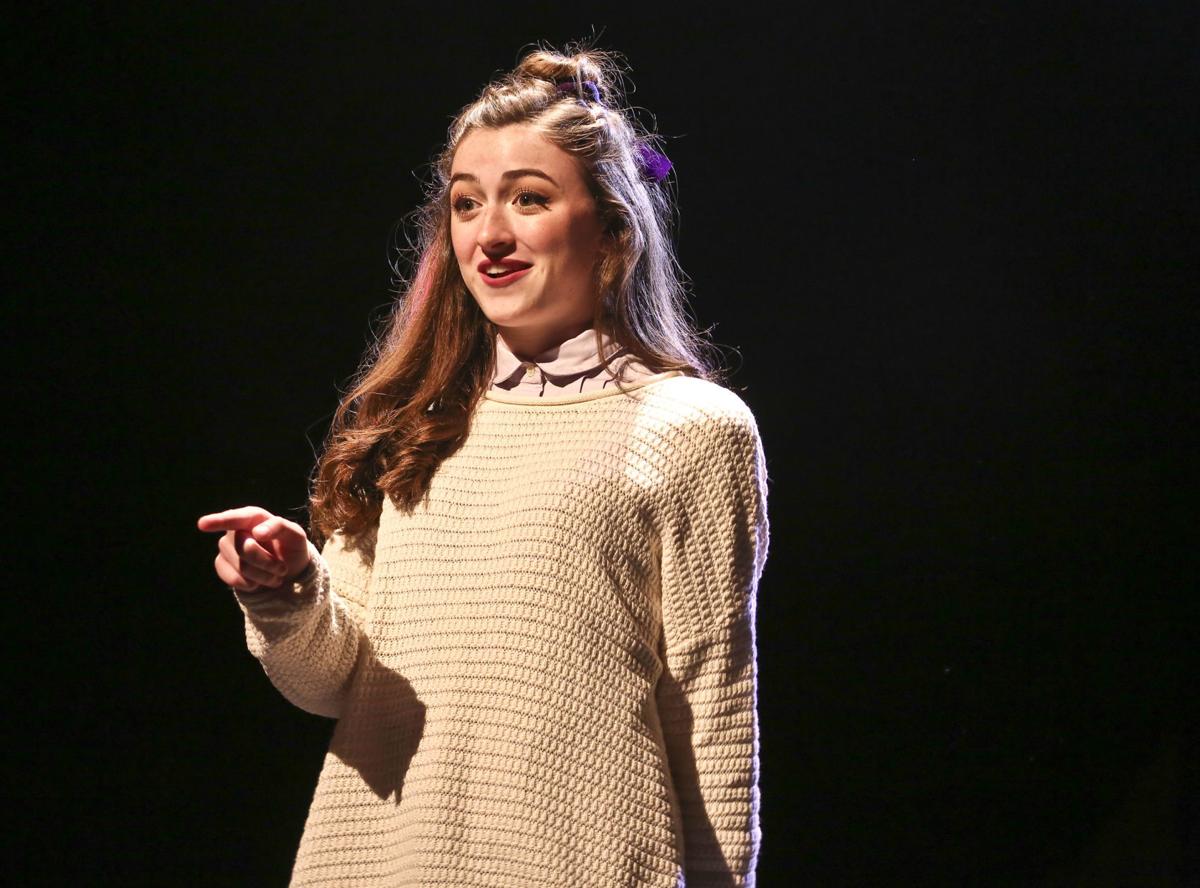 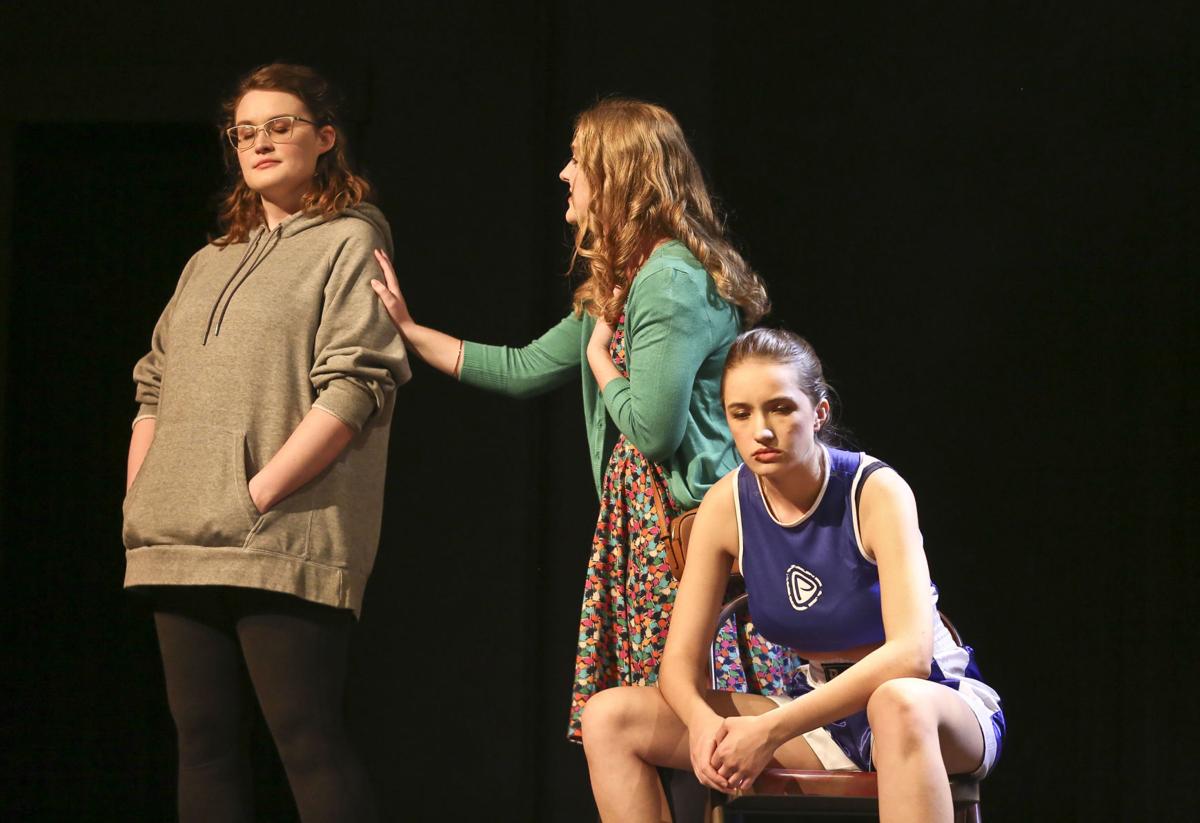 Members of the "Miss Me" cast.

DECATUR — Local theater fans will have the opportunity to view a premiere production of the play “Miss Me,” written specifically for Millikin University actors and their talents by award-winning playwright Paul Shoulberg.

The dramatic comedy will have four performances May 9 to 11 in the Albert Taylor Theatre. Shoulberg will join the cast after the Friday show for a post-show discussion.

The story of “Miss Me” follows a young woman named Gary who returns to her home town in Indiana after spending some time in what she refers to as "Prison." She is the daughter of the mayor and wants to reconnect with his group. “She has a lot of bold choices and poor strategies on how to do that,” Robson said.

The dramatic comedy is not intended for children due to adult language.

Director and Millikin instructor Tom Robson has been friends with Shoulberg for many years.

“We have worked on six world premiere productions,” Robson said. “Most of them outside of Millikin.”

However, the play “Cracker,” performed at Millikin’s Pipe Dreams Theatre, made its way to the stage five years ago. In recent years Shoulberg has moved on from playwright to screenwriter and director.

During a recent lunch in Decatur, the two friends discussed the idea of a play focused on the actors’ personalities, instead of creating a character made up in the mind of the writer.

This allowed the actors’ talents and natural traits to be utilized for the betterment of the story. “We cast a play that didn’t exist,” Robson said. “We cast 10 actors that we liked what they did in the audition.”

Freshman Chloe Hayes brought a few paintings to her audition. “We had to bring a special skill and a monologue,” she said. “I chose to bring my artwork.”

The audition was more intimidating for junior Emily Brandt, who wasn’t sure she had an extra talent. “I brought in a dramatic monologue and spoke some Spanish,” she said. “And I told them about some stage combat experience that I had, but that’s about it.”

Several of the actors’ skills were added to the “Miss Me” story, including Hayes’ paintings, which have become a part of the show. The director plans to auction the artwork after the last performance.

According to Robson, Millikin students and its stages fit well with the creation of the unique play. “Paul was really impressed with what he saw during “Cracker” and he trusts me,” Robson said. “He knew I would look out for the show.”

In past Millikin plays, the process of producing a play takes several months, sometimes more than a year. “Miss Me” was created in weeks. “Which in many ways is closer to what a professional process can be like in certain theaters,” Robson said. “This was a new challenge.”

The actors came to the rehearsals with open minds. “The approach was to be myself more than try to fit a certain role,” Hayes said.

“I hoped me, just showing up, would be enough,” Brandt said.

Being able to communicate with the playwright has been beneficial for the actors. “To take his ideas and words and being able to morph them into the way that I see it going, that is cool part of putting my own touch on it,” Brandt said. “Because they were written for us.”

The director and actors confirm they are not the characters in the story. “It showcases their skills,” Robson said.

Brandt, who will be on stage as Gary, was quick to set the record straight.

“I have never been to prison,” she said.

WHAT: The premiere of “Miss Me”

'It is so fun seeing the kids grow up.' Granny Giggles retires from Kids Club stage

DECATUR — Granny Giggles, the energetic co-host of the Fletcher Park Kids Club, has hung up her cap and apron after 20 years of entertaining c…

Duck Derby makes a splash for the Children's Museum of Illinois

DECATUR — Artwork from the Barn Colony Artists has been seen throughout Decatur and surrounding areas for 80 years.

DECATUR — As their final concert for the season, the Decatur Choral Society’s Opus 24 show is appropriately titled “Sing Your Way Home.”

Members of the "Miss Me" cast.