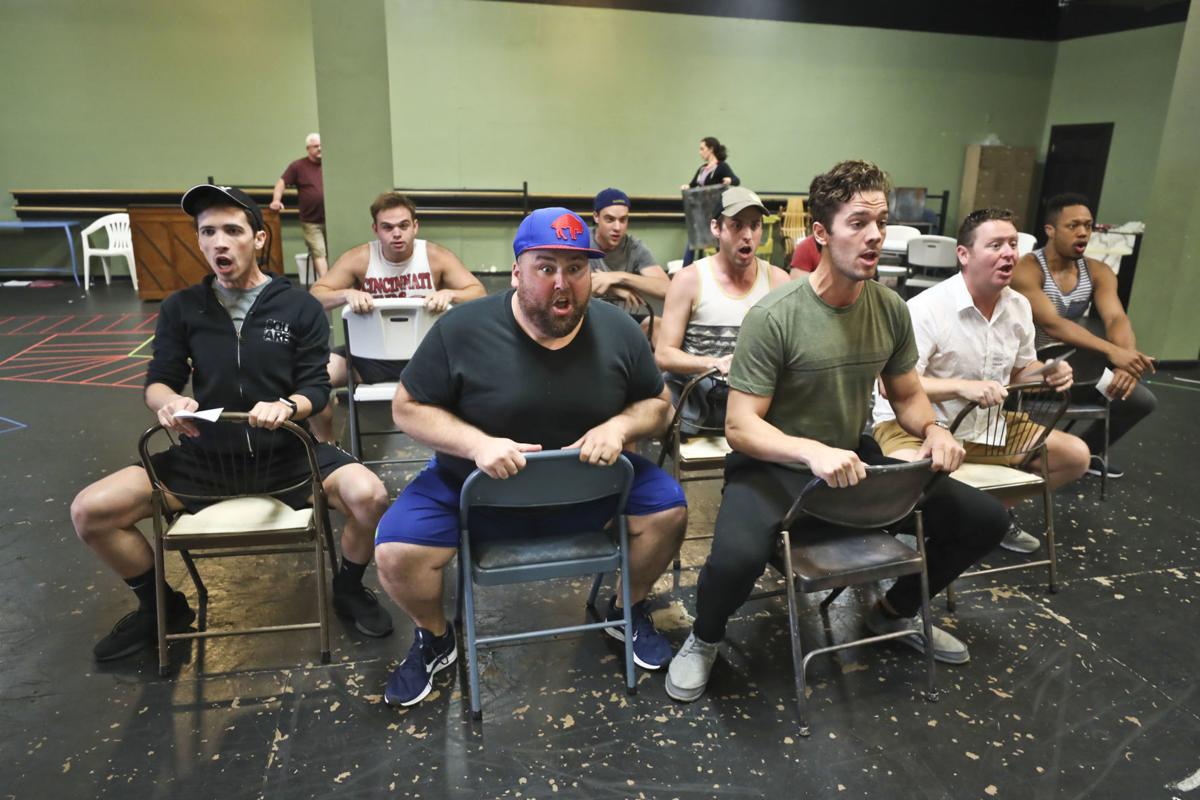 The men rehearse for the upcoming musical "Full Monty" on Tuesday at the Little Theatre on the Square rehearsal building in Sullivan. 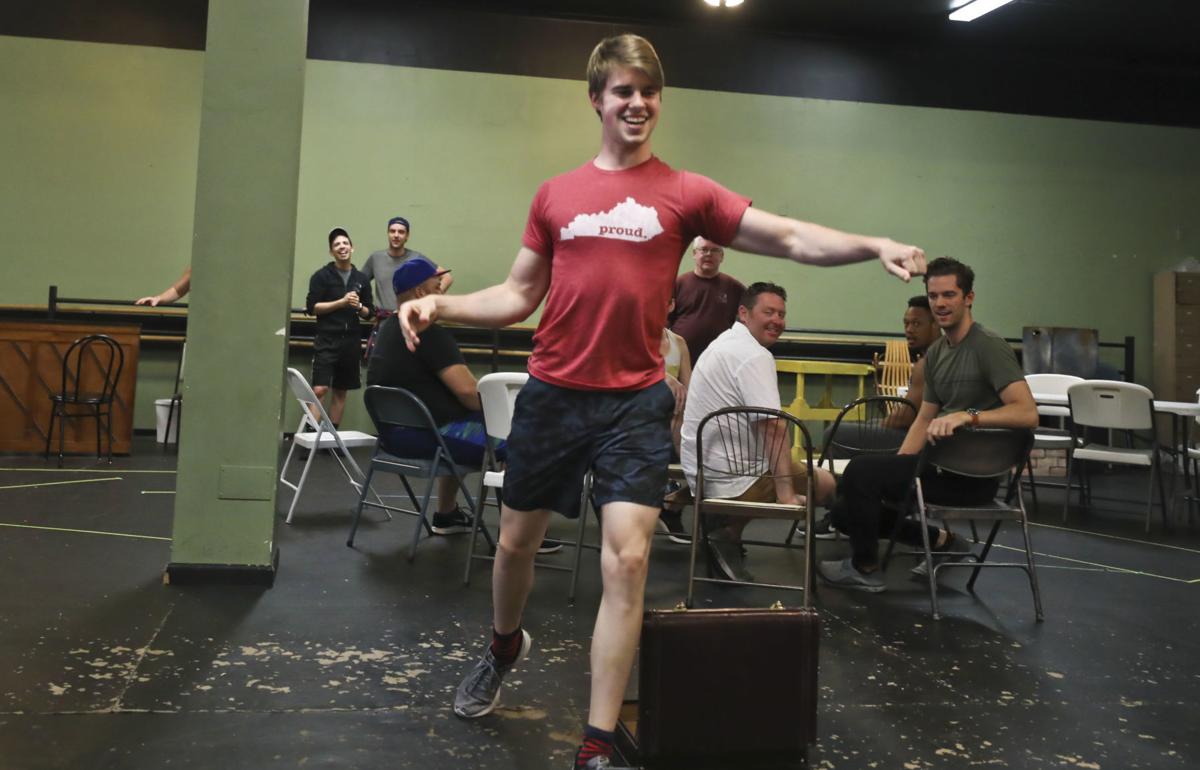 Lars Hafell portrays a male stripper in "The Full Monty." 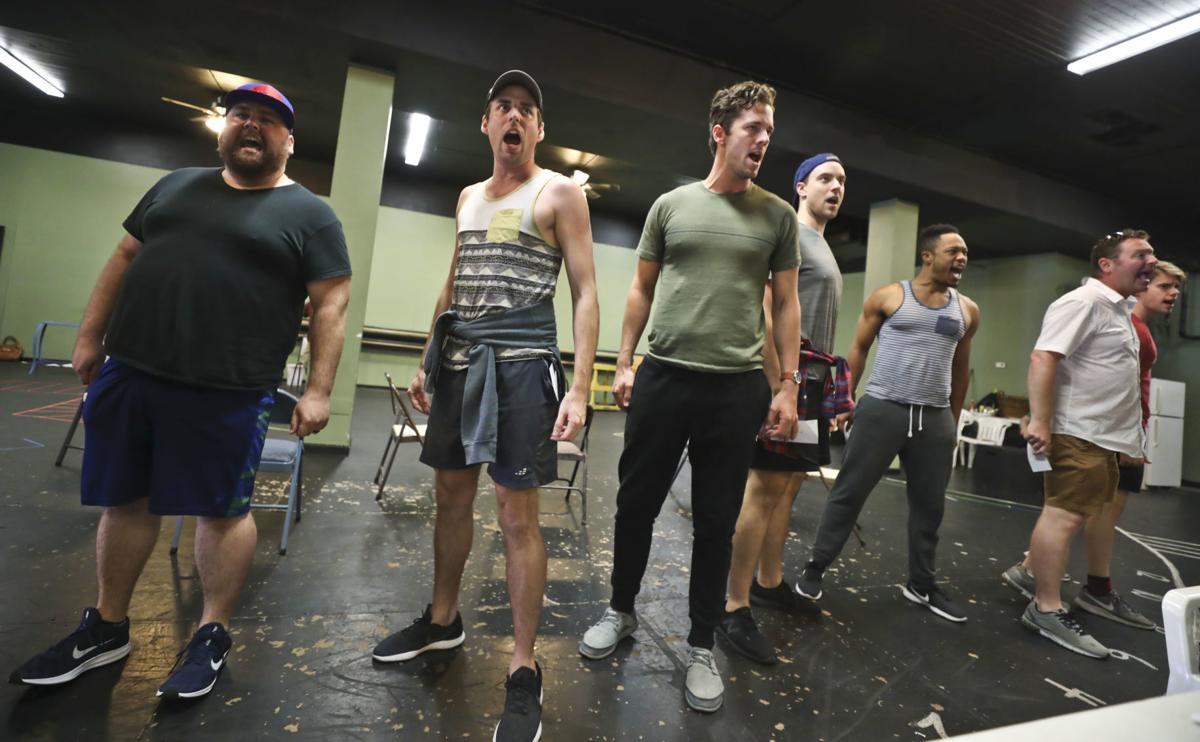 The men rehearse for the Little Theatre-on the Square production of "The Full Monty." 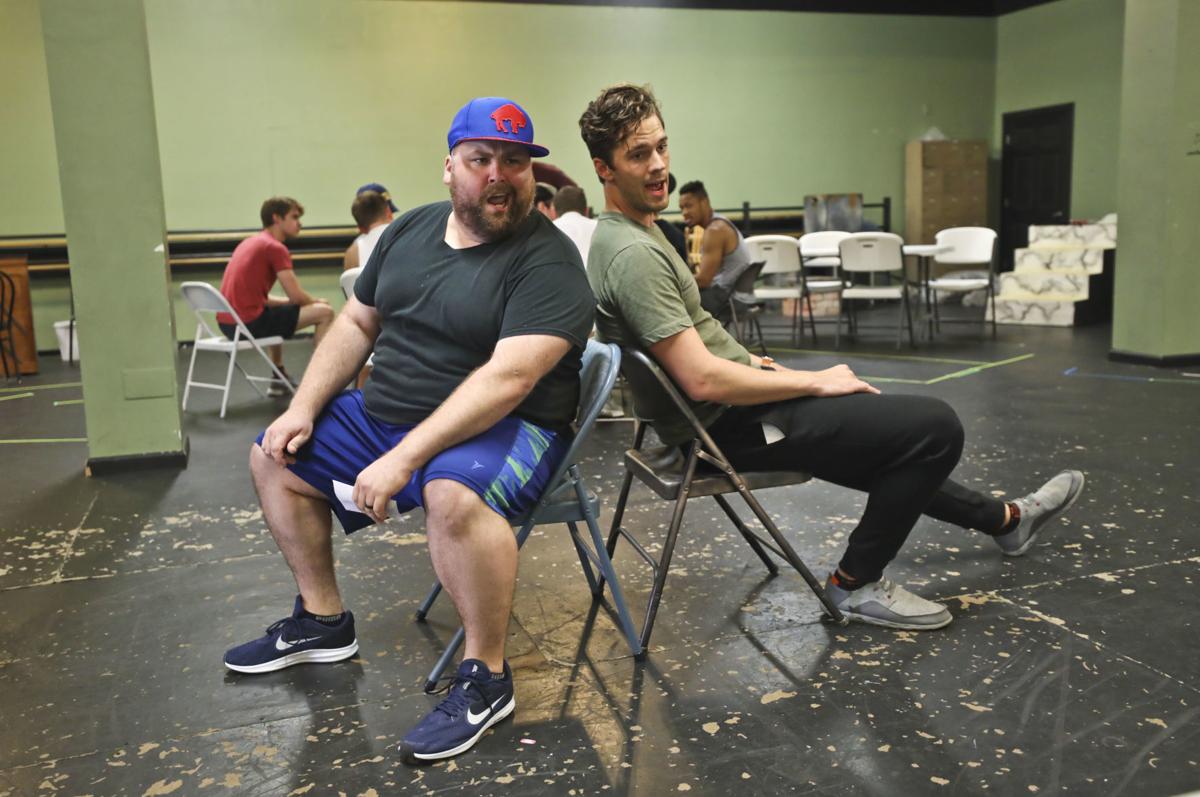 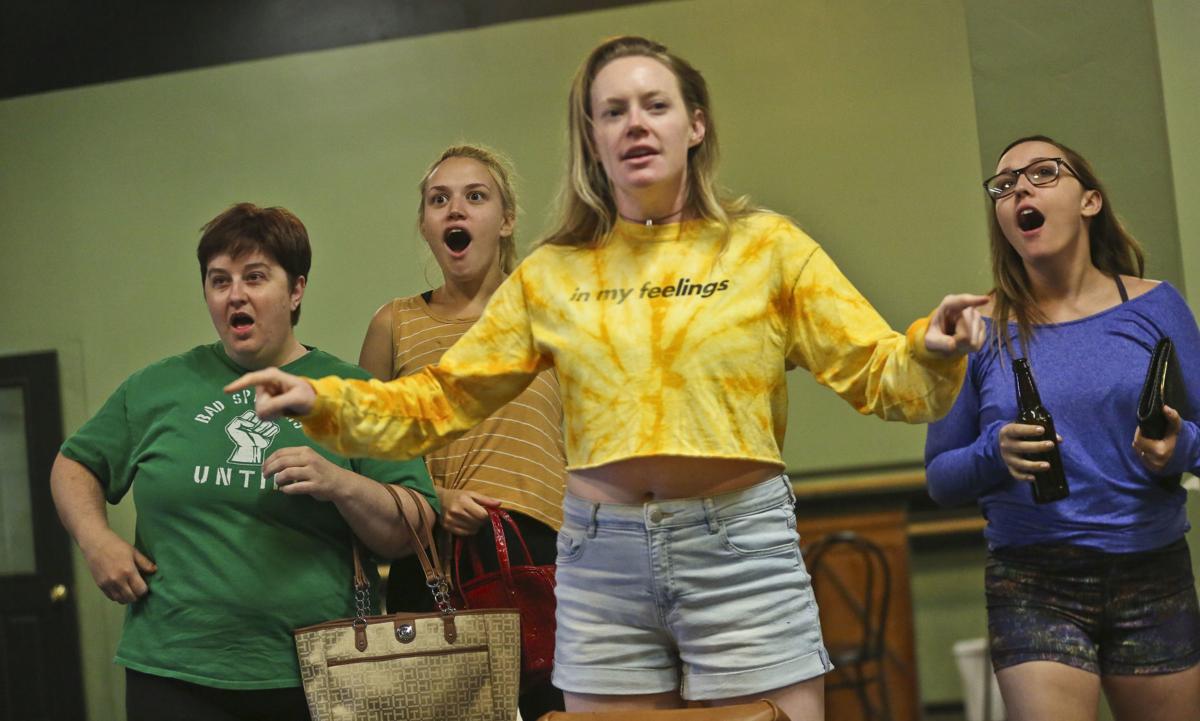 Kate Turner, center, is among the cast of "The Full Monty."

SULLIVAN — Little Theatre on the Square executive director John Stephens has been a fixture at the theater for 13 years.

However, audiences attending the musical “The Full Monty” will see a different side of him. In fact, they will see several sides of him.

The award-winning musical will be on the Sullivan stage July 31 through Aug. 11.

Stephens will be performing onstage as Malcolm, one of the unemployed steel workers who feel forced to earn money as a stripper.

The role is a switch for Stephens, who has been a producer and director for Little Theatre for years with few opportunities to be on stage.

“I knew I wanted to do this show,” he said. “But I never felt comfortable.”

Around Thanksgiving of 2018, Stephens started working out to prepare for the many exposed scenes in “The Full Monty.”

“My goal is to feel good enough about myself to be on stage naked,” he said.

The story follows six unemployed men living in New York. “Not but maybe one of them should be a stripper,” Stephens said. “By the end, you are rooting for them so much.”

The cast consists of 16 roles. “But only men are stripping,” Stephens said.

Although the attention is focused on the unique dancing, the cast brings to life the relationships that bind them through the need for necessity. “A guy just needs to take care of his son,” Stephens said.

The musical is an adult-themed show with humorous situations. “You don’t actually see anything, but the themes of the show are about building confidence and family, and what that means to people in different ways,” Stephens said. “It really is one of the sweetest shows.”

Choreographer and director Jordan Cyphert describes “The Full Monty” as a more intimate show than what one may think. “There is nothing funnier than guys who shouldn’t be stripping, learning how to strip,” Cyphert said.

Cyphert said “The Full Monty” is a change from the previous Little Theatre shows he has directed with only a few dancers on stage. “I’m used to directing full musicals,” he said.

Cyphert directed one of the first shows of the season, “Thw Little Mermaid.”

“The Full Monty” has other elements such as a love story, discovering one’s purpose, family and friendship bonding. “They just use a funny story to get there,” Cyphert said.

Cyphert said he had obstacles while working with the professionals Little Theatre usually hires. “Most of these guys can dance,” he said. “So choreographing them in a way where it looks like they can’t dance, it’s a challenge.”

WHAT: “The Full Monty”

DECATUR — Theatre 7 directors and actors are getting ready for the upcoming season, starting with the summer dinner theater “Mugsy Sent Me.”

History is written by the victors. Good victors allow for gray areas. In our current Outrage Culture, there's no gray area.

The best acts aren't always on the Show Stage. There's plenty of excitement from that stage, sure, but if you wander around, you might come ac…

The men rehearse for the upcoming musical "Full Monty" on Tuesday at the Little Theatre on the Square rehearsal building in Sullivan.

Lars Hafell portrays a male stripper in "The Full Monty."

The men rehearse for the Little Theatre-on the Square production of "The Full Monty."

Kate Turner, center, is among the cast of "The Full Monty."