Become a Member
Read Today's E-edition
Share This
Watch now: Show goes on as the power goes out at Decatur tribute to lost musicians
0 Comments
Share this

DECATUR — Adapt, improvise and overcome, for the musician’s life is not a predictable one.

And so it was for Rick Lewis, who organized a Memorial Concert Jam Sunday afternoon at Decatur’s VFW Post 99 at 3920 Martin Luther King Jr. Drive.

And then the power went out.

A car had plowed into a power pole farther south on Martin Luther King Jr. Drive near Comet Avenue and power lines were down. At one point thousands of customers were without power, according to Ameren Illinois, and blocks of traffic lights were out on Mound Road.

And, of course, the juice was off at the VFW hall. Lewis took it in stride, however, as did the audience numbering more than 150 who fanned themselves and waited patiently while portable generators and acoustic instruments were summoned so the show could go on.

Lewis, a Decatur native who now lives in Connecticut, got the idea, originally, of staging a tribute to all those Central Illinois band members who had died recently but missed out on memorial tributes due to COVID-19 restrictions.

He posted it on Facebook and then things just took off.

“All of a sudden I started getting messages from people wanting to know if I could include their deceased loved one,” explained Lewis, 64.

Lewis and his band Green Eyed Lady, named for his wife Jenn Eckart, singer and bassist, performed along with various tribute bands pulled together from musicians who played with many of those being memorialized.

Lewis said it was the first time he had ever tried to do anything like this but could think of no better way to honor the local musicians who made Decatur’s music scene thrive and deserved some long-delayed recognition.

“I just reached out to some of the alumni musicians of these old bands and they said sure, they would donate their time and work up some of the old songs that they used to do,” added Lewis.

“So we’re just trying to create a sense of community closure for families and their musicians, because we've got people here whose mom or dad was in a band, or maybe their brother, son or their daughter, and they’ve passed now and they want to remember them. So we’re getting a generator and we’re bringing some acoustic guitars and we’ll make it happen.”

Joe Trueblood and his wife Janet were all in favor of that. They came all the way from their home in Austin, Texas, to salute the memory of Joe’s brother Dave Trueblood, who is perhaps best remembered for the band Harold & the Po’ Boys. He died a year ago from cancer with no opportunity for a memorial because of restrictions posed by the virus.

“He was fantastic at playing guitar,” said Janet. “He had a lot of interests, but music topped them all, and it's so nice to be able to give him, and all these other passed musicians, some honor that they missed out on due to COVID.”

And as the show went on at the VFW hall, Ameren crews down the road were busy trying to re-orchestrate the power service. Wade Watson, a battalion chief with the Decatur Fire Department, said the emergency call had come in just after 1 p.m. and crews arrived to find a car with heavy front end damage after it had collided with the wooden pole.

“The injured party, a woman, was out of her vehicle when we got there and she was taken to the hospital by Decatur Ambulance Service,” said Watson. 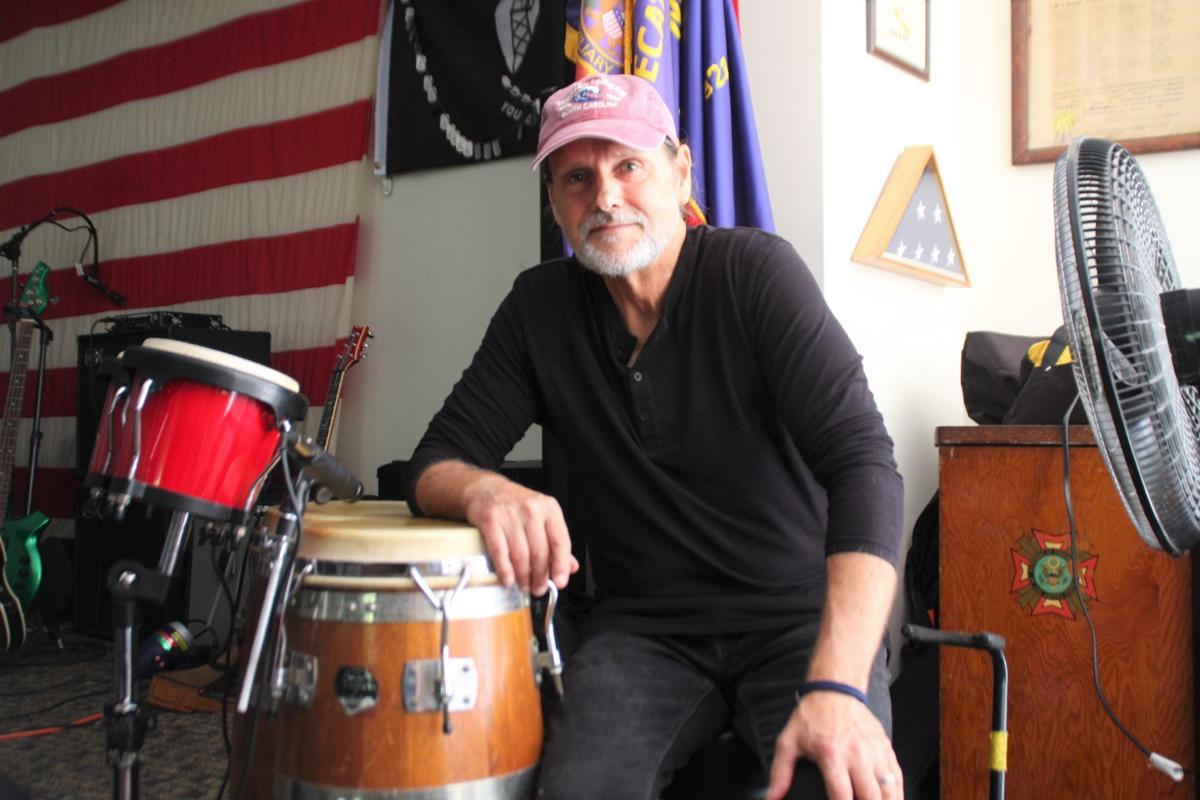 Rick Lewis kept his fingers crossed and hoped the lights would come back on at Sunday's Memorial Concert Jam. Either way, he said, the show would go on. 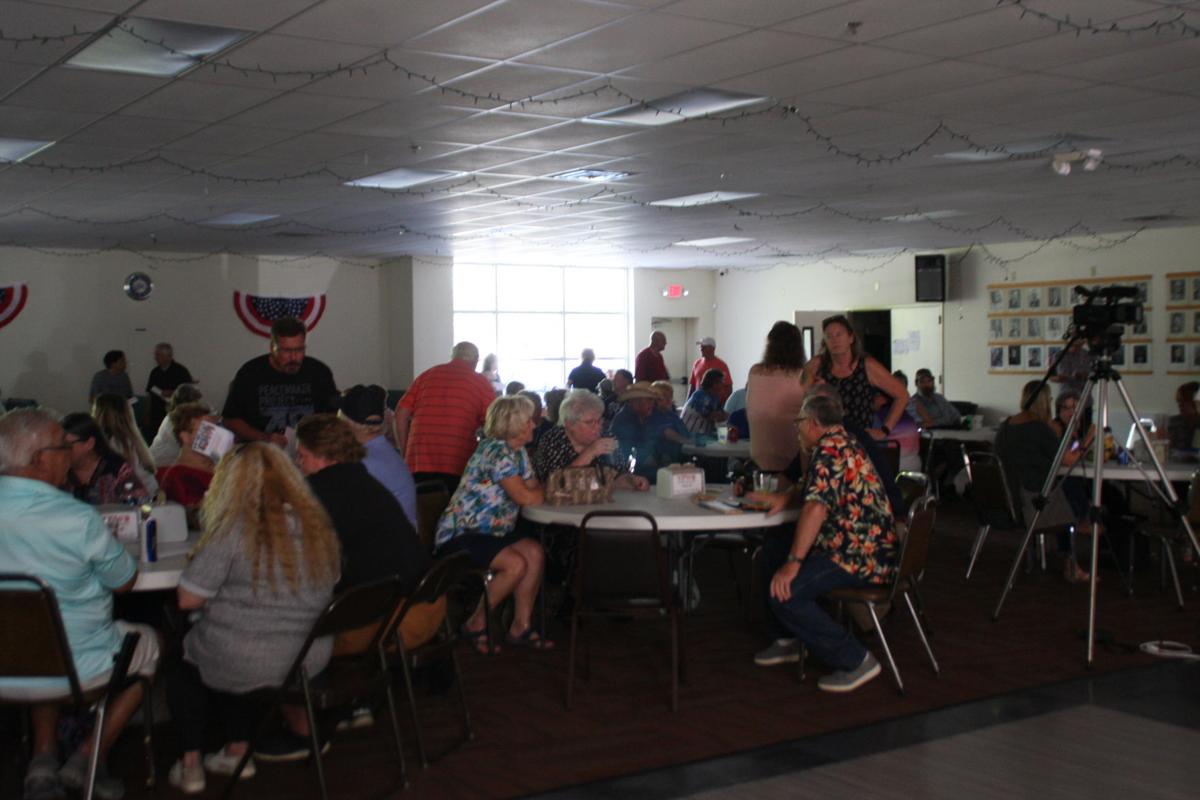 It was dark and getting warm at VFW Post 99 after the power went off Sunday afternoon. But the good-natured crowd, refreshed from the bar, were happy to perspire and wait for the memorial show. 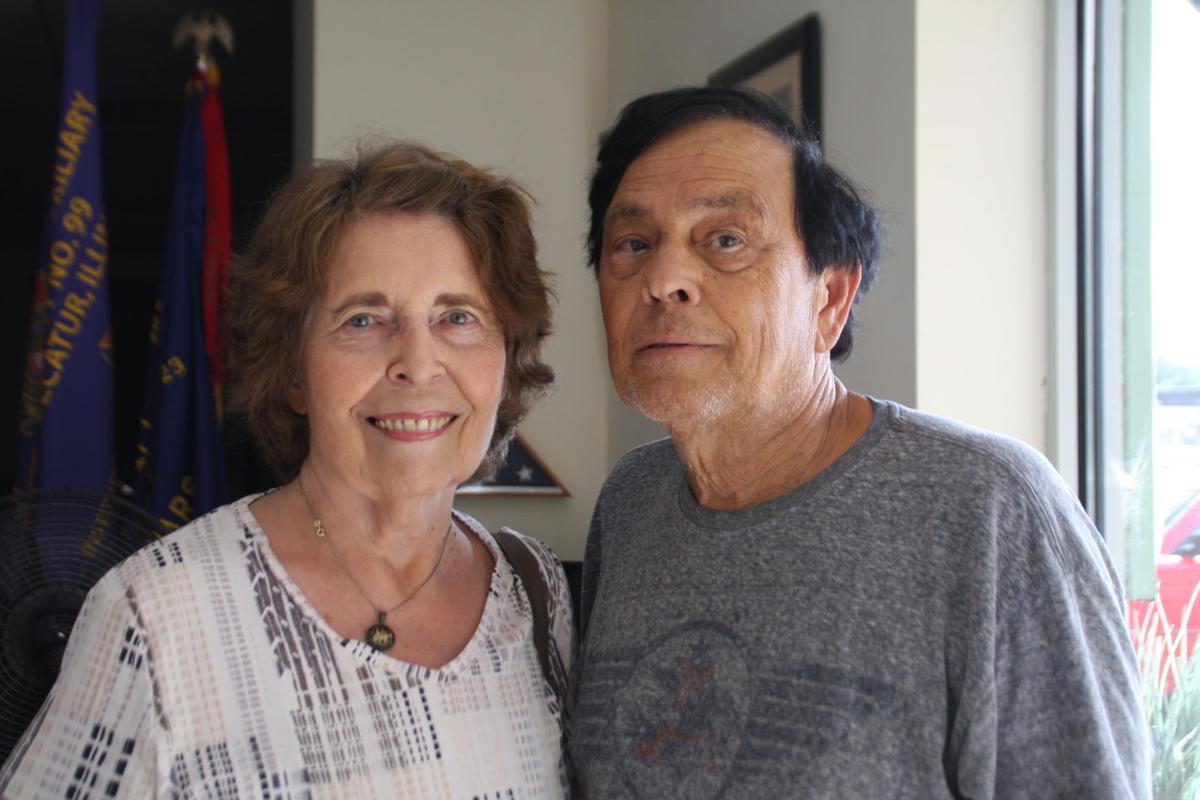 Joe Trueblood and his wife, Janet, came all the way from Austin, Texas, to celebrate the memory of Joe's brother Dave Trueblood, a gifted Decatur musician who died a year ago.