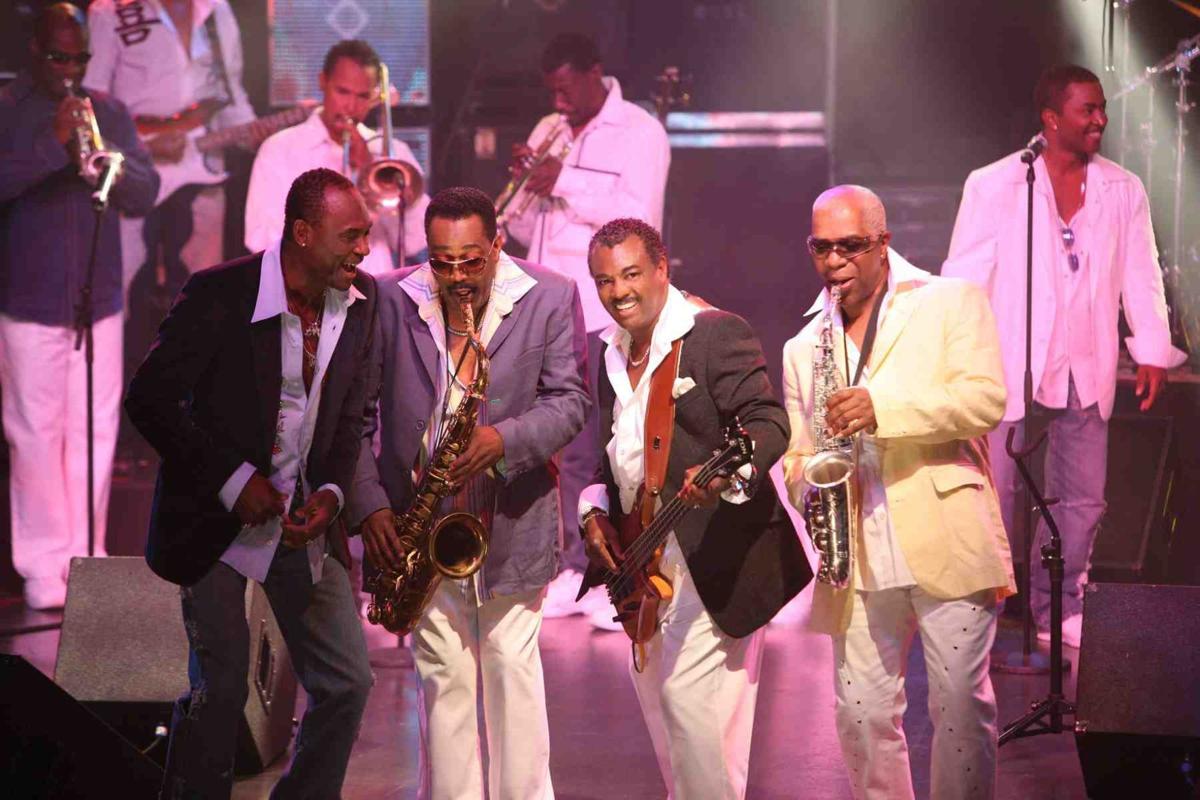 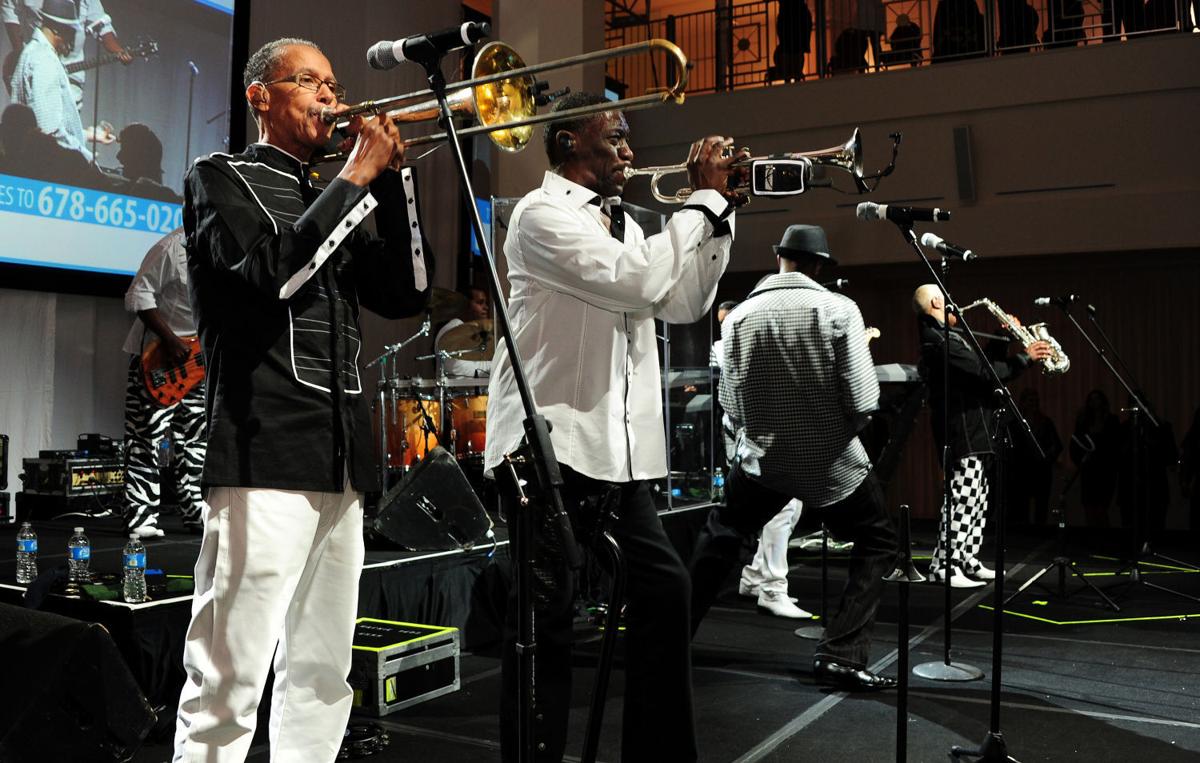 Kool and the Gang regularly features its horn section. 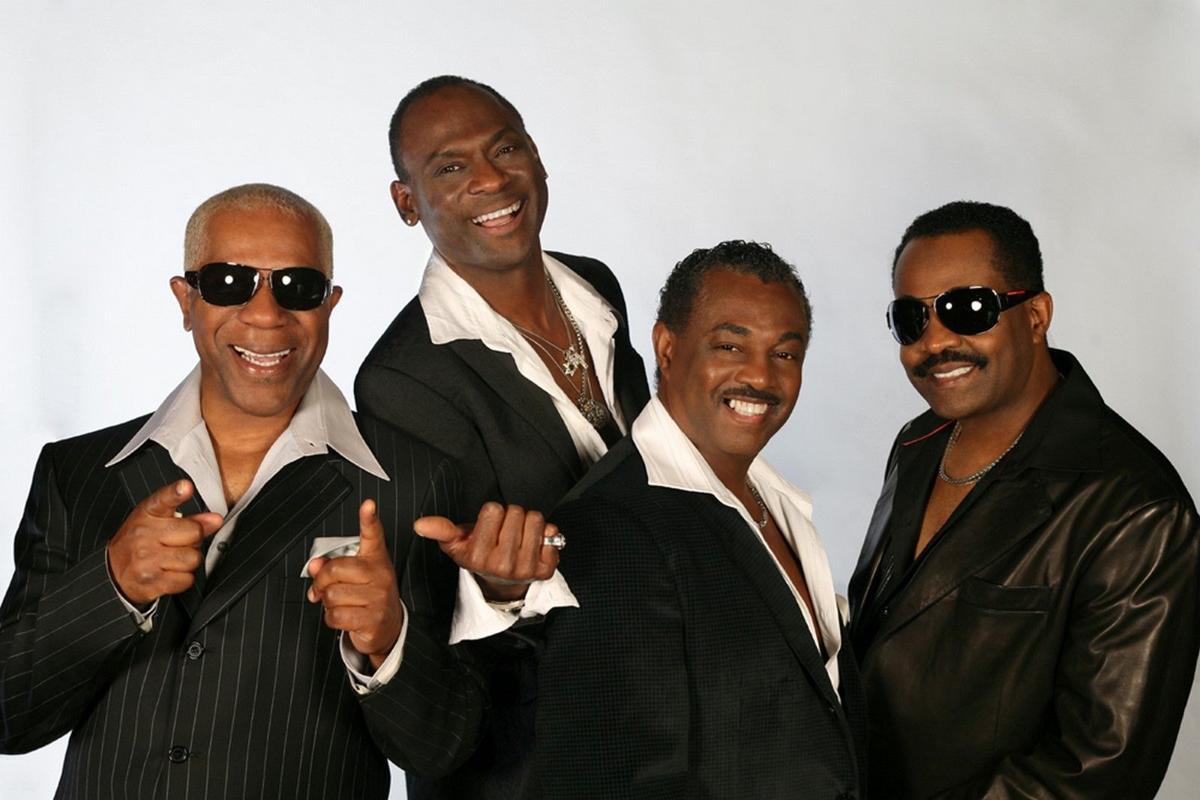 Kool and the Gang are the Sunday night headliners at Decatur Celebration. 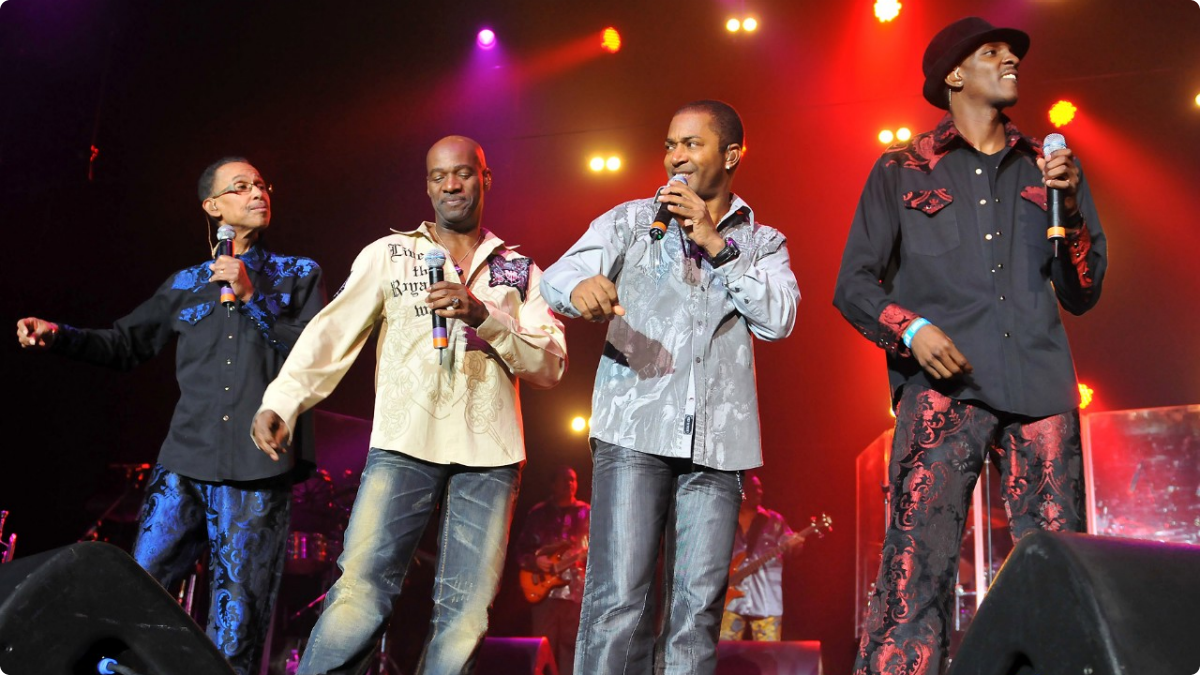 Kool and the Gang. 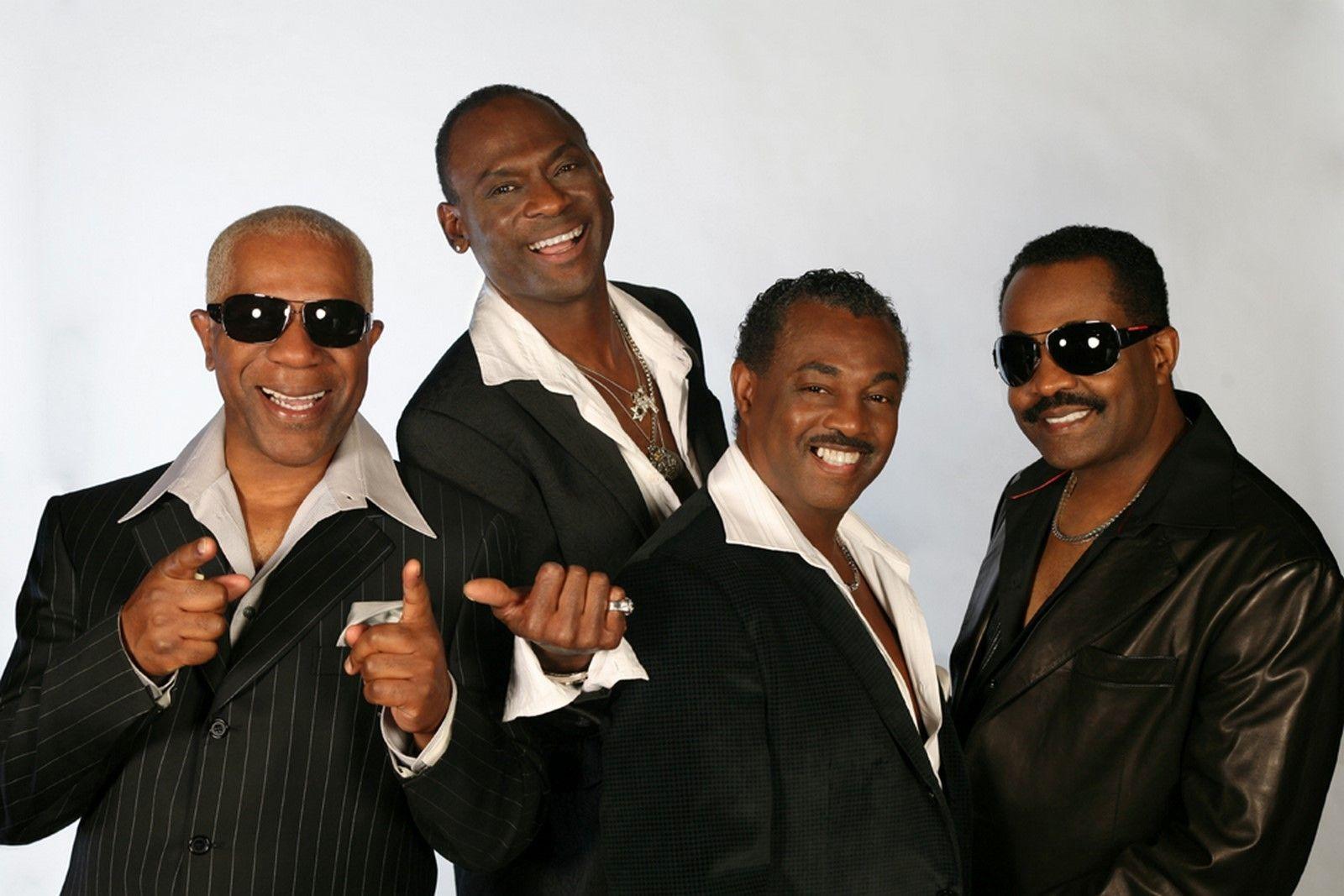 DECATUR – While not drawing its name from the song, Decatur Celebration and the Kool and the Gang song “Celebration” have long been associated.

Top cap Decatur Celebration's 30th anniversary this weekend, the band and the event will meet.

Kool and the Gang will be performing on the Show Stage at 8 p.m. Sunday, Aug. 9.

According to Celebration producer Lori Sturgill, “It's not our official theme song. They use it on floats or in booths. It's very fitting.”

Even though the song was popular over 35 years ago, it never went away. And neither has the band. Kool and the Gang formed in 1965 in Jersey City, N.J., when Robert “Kool” Bell was 15 years old. The band, which consisted of Bell, his brother and five friends, was originally called Jazziacs. “Miles Davis and John Coltrane were popular jazz acts at the time,” Bell said.

The band backed up artists recording at the Soul Town Review, Jersey City's answer to Motown. A promoter suggested the band create their own name and sound. Eventually they decided on Kool and the Gang.

“The music being created was jazz and funk,” Bell said. “It had a street sound or vibe.”

The group recorded their first self-titled album in 1969. For the next 10 years, they found their way to the top 40 charts with R&B, funk and jazz songs such as “Jungle Boogie” and “Open Sesame.”

“We were writing songs that were instrumentals,” Bell said. “We rolled through the 70s with that sound.”

But the music began to change. The band knew they would have to as well. A promoter suggested the band hire lead singer.

The band accepted the change from their progressive sound and felt pretty good about. “It was evolution of Kool and the Gang,” Bell said. “We were now pop.”

The band would reach the height of their career with top 10 songs such as “Ladies Night,” “Get Down on It,” “Cherish” and, of course, “Celebration,” which reached No. 1.

These songs and others still have the popularity they did over 30 years ago. “They're one of the most-sampled R&B bands,” Sturgill said. “You hear elements of their songs everywhere.”

In order to perform the variety of styles, the band now consists of 11 to 14 musicians, with five musicians making up the horn section.

Taylor left the band 15 years ago, but the remainder of the group has changed very little. “Some the new guys have been around 30 years,” Bell said.

Kool and the Gang has been touring throughout the years, including recent shows with Van Halen, Kid Rock, Bryan Adams, Dave Matthews Band, Gladys Knight and Chaka Kahn. “We mix up it lot,” Bell said.

Sturgill was able to invite the band after ADM donated $150,000 to the festival. “We've never been able to afford them,” she said.

She scheduled the 90-minute show to commemorate the end of the Celebration's 30th anniversary. “They're closing out the Celebration,” she said. “It's a perfect fit.”

WHAT: Kool and the Gang

Celebration about to be Ice-d

DECATUR – Rob Van Winkle promises to bring the circus to Central Illinois when he takes the stage at Decatur Celebration.

The Herald & Review's Tim Cain on his favorite Celebration performances.

A look at the entertainment you won't want to miss at the 2015 Decatur Celebration.

Kool and the Gang regularly features its horn section.

Kool and the Gang are the Sunday night headliners at Decatur Celebration.

Kool and the Gang.