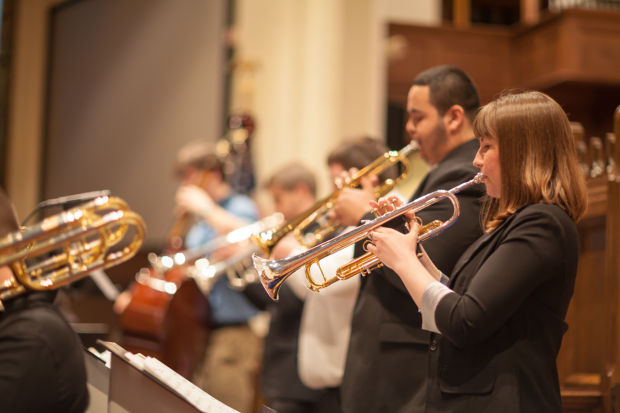 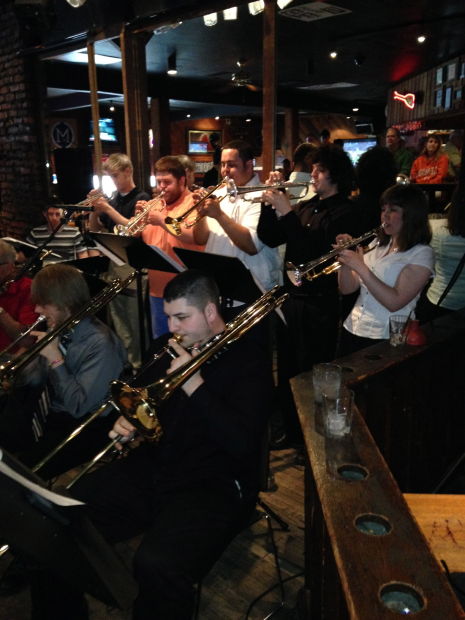 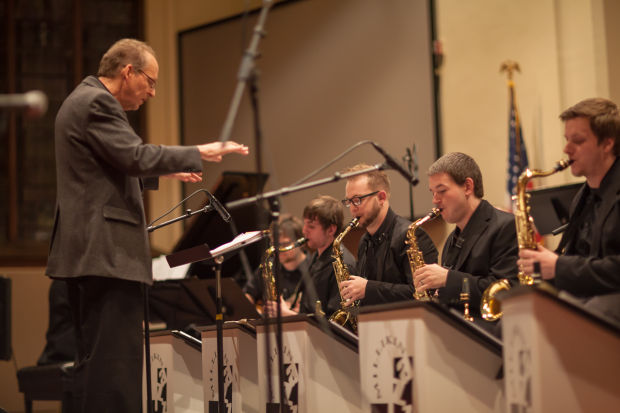 DECATUR – In all likelihood, the weather will be balmy and beautiful Saturday afternoon for Millikin University's fourth annual “Jazz Bash,” even if the event isn't really able to take advantage of the outdoor conditions.

In its first few years, the afternoon of jazz music was intended to be held outside on the patio of Oakland Ave.'s Lock, Stock & Barrel, but each time it was moved inside by some combination of cold and rain.

This year, Director of Jazz Activities Randy Reyman isn't even planning to mess around with the patio. He's found the interior works just fine.

The free performances of the Millikin Jazz Bash will be held from 2-6 p.m. Saturday at Decatur's Lock, Stock & Barrel.

“We've realized that it works out better this way anyway, you just cram people into LSB and it seems like a party,” he said. “I'm not even sure who all the people in the audience are, but I can say that we pretty much pack that place. There are parents I'm sure, and a lot of regulars from LSB, but we get a lot of inquiries about it from members of the community as well. It's crazy how many people can fit into the bar to listen to jazz.”

The annual jazz bash was born out of meetings between jazz faculty when it was realized that many of the combos and ensembles had no scheduled events at the close of the year. It's one of the few annual events that brings together musicians and vocalists from every single group within Millikin's jazz program, including Jazz Band I, Jazz Band II, One Voice, the Latin Jazz Project and multiple jazz combos.

“There's a ton of crossover between the groups, so it's hard to say which group is which,” Reyman said. “The nice thing is that it's the day after the students' last classes, so they're ready to let their hair down and party a little bit. We have a lot to celebrate.”

Indeed, Reyman intends this day to be all about the students and is taking a pretty laissez-faire approach to the performance.

“My band will be performing some of our favorite things from throughout the year,” he said. “But I'm just going to leave it up to them to decide what those are, so they can choose what they love to perform and always play well.”

The Jazz Bash will close out another year of music performances for Millikin and another year for Reyman in leading the jazz program. During the summers, he likes to spend more time working on creative compositions of his own, some of which may be performed in the future by jazz ensembles or even the Millikin-Decatur Symphony Orchestra. His students, on the other hand, make use of their talents in a wide variety of ways during the course of their vacations.

“One of my trumpet students will be performing in Chicago on Michigan Ave. every day, and he says he makes a killing from generous tourists,” Reyman said. “But most of the students will just work on fundamentals and try to come back even better than they are now.”

The jazz program will also look to try out a few new projects in the 2014-2015 school year. In particular, Reyman wants to begin a new high school jazz festival, similar to the one the school has conducted in the past with area colleges.

“A high school jazz fest is something we haven't done for many years, but I always hoped we could bring it back,” he said. “It's something that would definitely give the college some more visibility, so we'll be doing our best to revive it.”

DECATUR - Millikin University will celebrate spring commencement with ceremonies Saturday and Sunday, May 17 and 18.