DECATUR — With the announcement of the Decatur Celebration board’s decision to file for Chapter 7 bankruptcy, the 34-year run of the annual street festival has officially come to an end.

The announcement came late Tuesday after the Herald & Review posted an article addressing questions regarding the festival's future and hours after the bankruptcy paperwork was filed.

Numerous vendors told the Herald & Review their frustration about the lack of communication regarding future of the festival and a possible refund of money paid to reserve spots in the 2020 event which was canceled because of the COVID-19 pandemic. 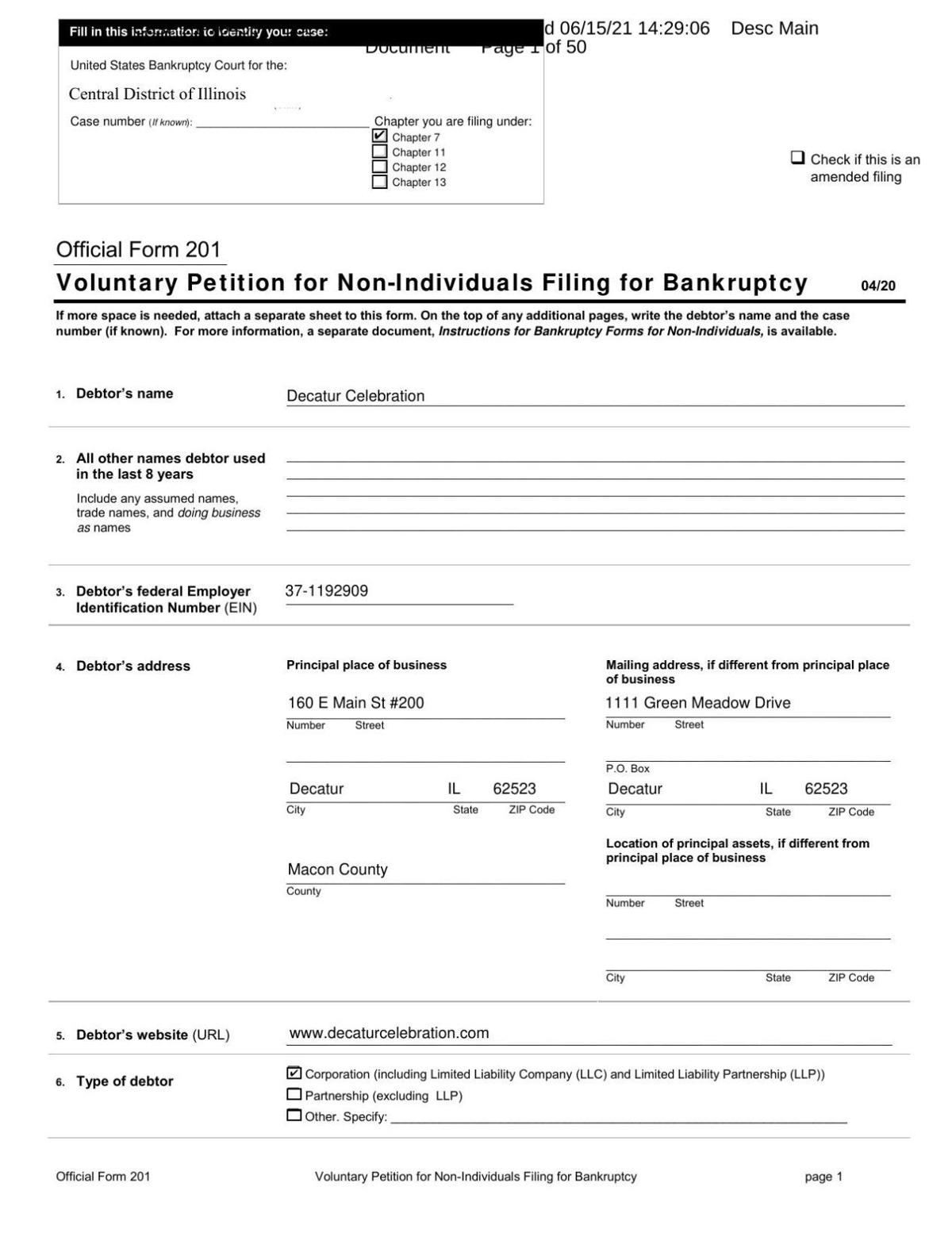 The end of the Decatur Celebration came as no surprise to many, including Fred Puglia, the original producer and creator of the festival.

“It’s a legacy, but just like many other businesses, sometimes they move on,” Puglia said. “A festival’s no different than a restaurant or a corporation.”

Several businesses closed during the past two years, partly because of the pandemic. But Puglia said that the festival may have simply run its course. 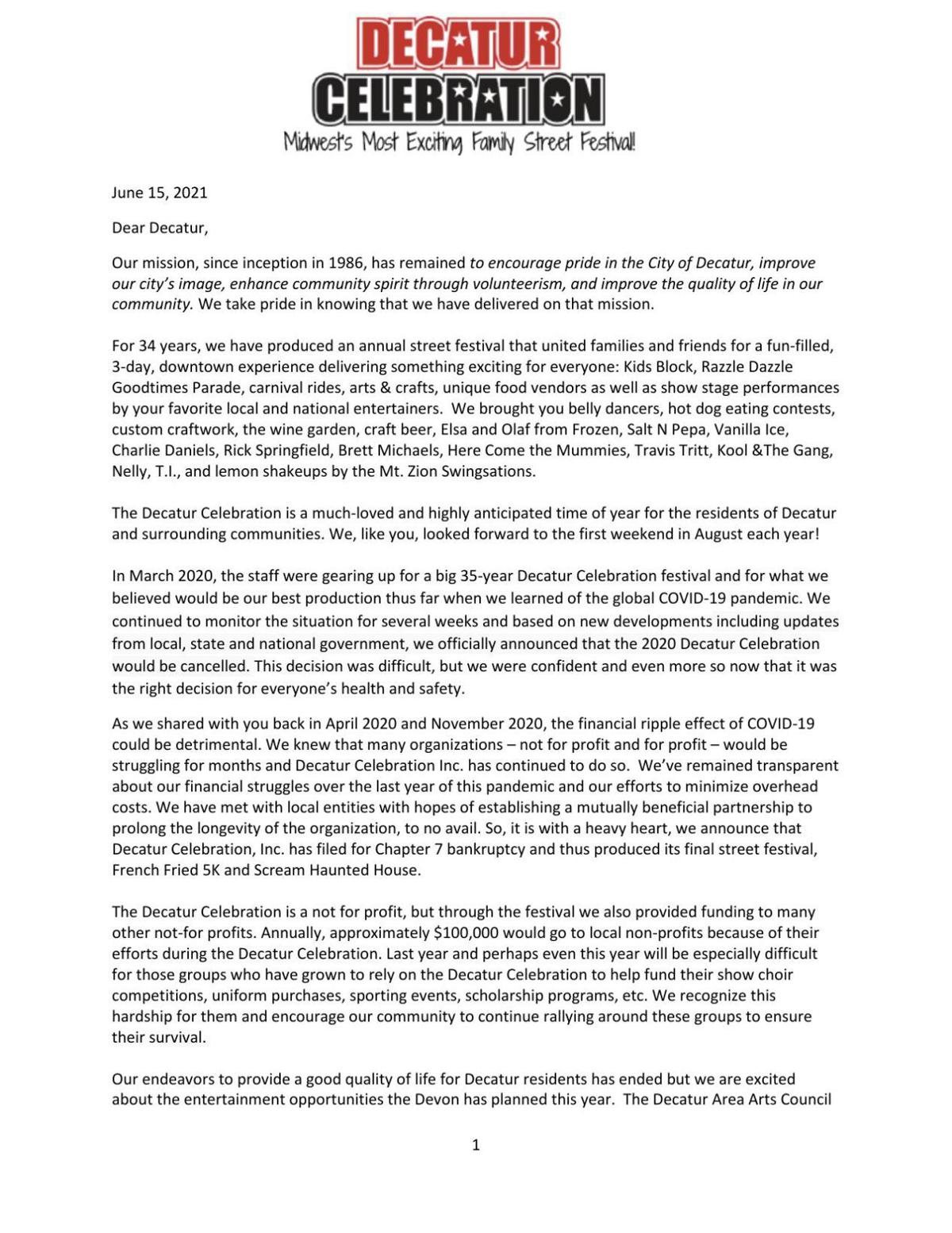 Held each year on the first full weekend in August, the seed for the Decatur Celebration was planted in October 1985 when Puglia approached the Decatur Area Convention and Visitors Bureau about staging a street fair.

The bureau got behind the project and asked the state for a grant to help finance the idea, which came at the same time the Decatur Advantage Strategic plan called for a community celebration to give the city’s residents a positive feeling about their hometown.

The Decatur Celebration was geared toward the 35-65 year old age range, Puglia said. “Because that was who could enjoy the entertainment that I was bringing,” he said.

The stage entertainment with national and international acts was an attraction for people beyond Central Illinois. The musical acts were often invited because they were favorites of Puglia’s, including the Charlie Daniels Band, Electric Light Orchestra and the Commodores.

Puglia said the street performers attracted just as many people. “They saw these opportunities in the streets to be entertained, like a side show and roaming characters and specialty acts,” he said.

Roaming performers and meet-and-greet celebrities included a man in an ape costume, original members from the Rockford Peaches All-American Girls Professional Baseball League, a dispatcher from Sept. 11, 2001, attacks, a man who gathers rocks that look like food, and the Sandwich Man, who collects partially eaten sandwiches.

“That’s what I believe made the festival,” Puglia said. “Masterfully putting things in the street gives you a competitive edge. That’s what gave it the flavor.”

'With a heavy heart'

The filing was made in U.S. Bankruptcy Court for the Central District of Illinois on Tuesday. A hearing is planned on July 21.

The bankruptcy petition, filed Tuesday, shows Decatur Celebration having assets totaling $14,480.37. The assets include $830.37 in a Busey Bank checking account, consumable alcohol, office furniture and equipment, and a variety of items used during the festival like lighting, booths, staging and more.

Offsetting that is $81,133.44 of non-priority unsecured claims, 42 in all, which are claims that are not secured by collateral but that have priority over other debts under federal law. Those claims include payment for services as well as deposits tendered to the organization from vendors to secure booth space at the 2020 event.

According to the Illinois Attorney General's Office website, "Chapter 7 is appropriate for individuals and businesses of any size. Companies that want to go completely out of business or liquidate should use Chapter 7. This is usually the easiest and fastest way to settle debts."

The announcement was made in a press release that read: "So, it is with a heavy heart, we announce that Decatur Celebration, Inc. has filed for Chapter 7 bankruptcy and thus produced its final street festival, French Fried 5K and Scream Haunted House."

“The Decatur Celebration is a much-loved and highly anticipated time of year for the residents of Decatur and surrounding communities,” the board said in the press release. “We, like you, looked forward to the first weekend in August each year.”

Decatur Celebration board president Claudette Davis called the press release  a love letter to the community.

"Our hearts still go out to them," she said. "This has been a legacy event."

Davis said the board contacted vendors after the 2020 Celebration was canceled. Emails were sent and and phone calls were made to those who had paid a deposit to reserve their spots. At that time, they were not able to give a timeline for the future, Davis said.

"Our instructions to them were that we would carry over those funds," she said. "Many of them had paid deposits. They hadn't paid their full booth payments."

The board suggested to roll over the deposits to the 2021 festival or they could refund the vendors. When they decided to cancel the 2020 Celebration, they removed costs from their operating budget, including the staff, rent, and utilities.

"Everything and everyone came to a halt," Davis said.

Sponsorships and other resources dried up. Uncashed checks were returned. "We had to look at ways we could reduce costs," Davis said.

The festival hung on by the using labor from the board and volunteers. "A festival doesn't just magically appear," Davis said. "There are people behind it that have to put these things together, services have to be provided."

The vendors who have not received refunds will be contacted by the lawyers representing the Celebration board, Davis said.

In the press release, the board cited the global COVID-19 pandemic for cancelling the 2020 Decatur Celebration. The financial effect of the pandemic proved to be detrimental for the festival as well as other organizations, according to the board. 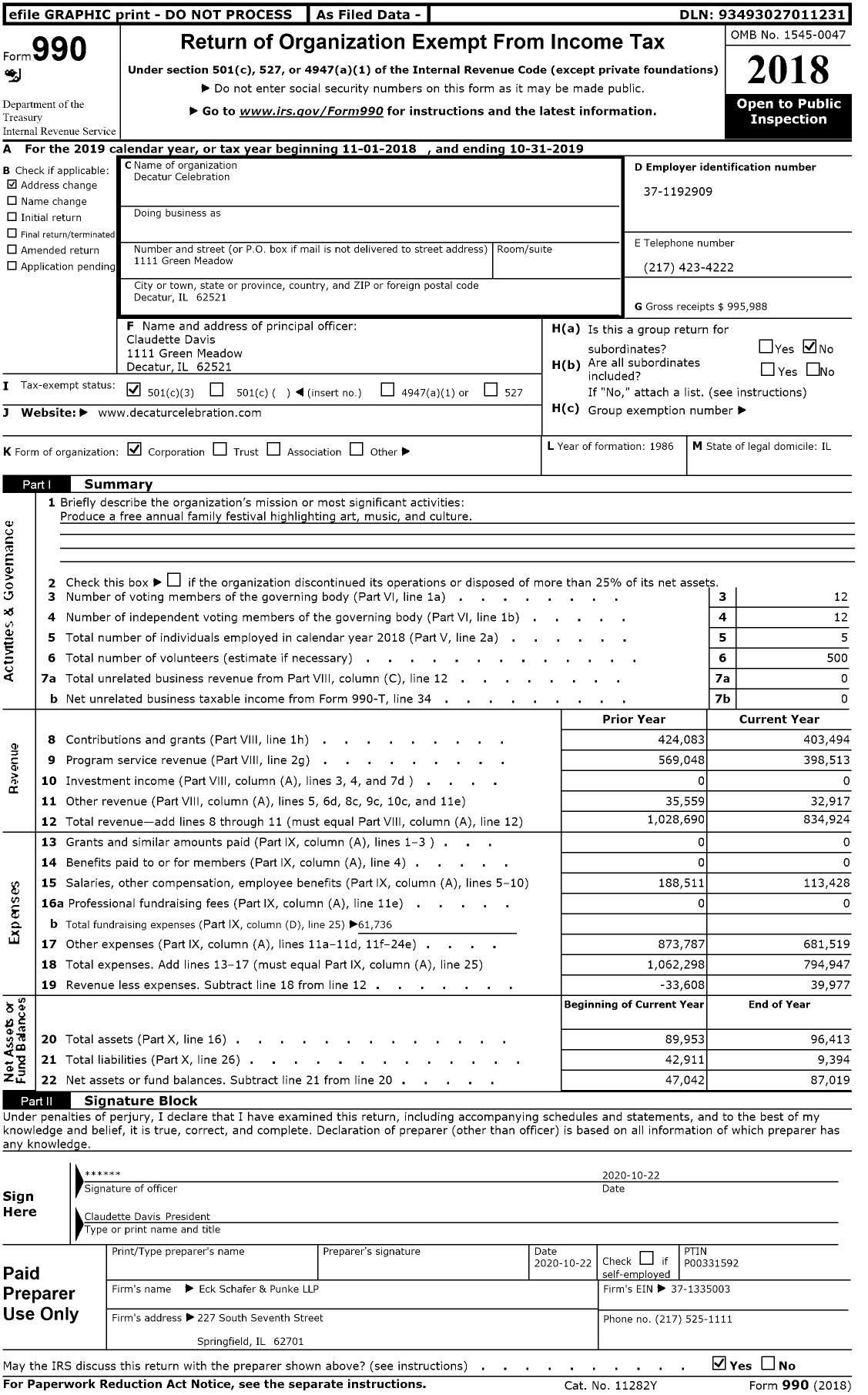 “We’ve remained transparent about our financial struggles over the last year of this pandemic and our efforts to minimize overhead costs,” they stated. “We have met with local entities with hopes of establishing a mutually beneficial partnership to prolong the longevity of the organization, to no avail.”

The board recognized Decatur’s entertainment opportunities will be filled through events at the Devon Lakeshore Amphitheater and the Decatur Area Arts Council.

“Let’s continue to support our local venues and non-profit organizations in their efforts to survive, thrive and provide quality events that we can look forward to each year,” the board stated.

As a former board member and a co-chair of the event’s revitalization committee in 2019, Kevin Breheny has been through many financial challenges with the Decatur Celebration. “Going back to the first one when it was risky to be a charter sponsor,” he said.

Breheny addressed a few of the challenges the festival experienced during its 34 years, including high heat, destructive storms, power outages, union protests and a recession.

“Not even the resilient Decatur Celebration and its great volunteers could fight a pandemic that stopped the revenue 15 months straight,” he said. “I salute the board, volunteers, the city of Decatur, and all the generous sponsors for beating the odds for so many years.”

The Decatur Celebration board ended the press release thanking many in the community and from its past for the festival’s success. Volunteers, committees, vendors, staff and founding members were recognized.

“We tip our hats to you as we bid farewell to our beloved Decatur Celebration,” the board stated.

Gallery: Decatur Celebration over the years

Gallery: A look back at Decatur Celebration over the years

Visit herald-review.com to view the Decatur Celebration bankruptcy filing and other financial documents.

The sun has set on the Decatur Celebration. Or has it?

The office is empty. No one answers the phone. Vendors can't get their money back. And according to the state, the Decatur Celebration's 501(c)3 nonprofit status is listed as "Not Good Standing."

The Decatur brother-and-sister team are raising money for their grandmother.

The Herald & Review is chronicling the people, places and history that make our region special. ​

The annual Fourth of July fireworks display over Lake Decatur is back on.

The road will be closed for several months to replace the Lakeshore Pump Station at 550 S. Lakeshore Drive.

What's being built in front of Decatur's Sam's Club?

A building permit issued by the city of Decatur values the project at $750,000.

The following days will be used to study safety processes, and the park district will post any new rules on their website and social media by Monday.

The cancellation and subsequent bankruptcy filing of Decatur Celebration has forced area food vendors to "shake up" their strategy.

“They cashed our checks but didn’t have no Celebration,” said vendor Vinnie Barbee. “So where is all that money?”

M. Night Shyamalan will be the president of the 2022 Berlin Film Festival jury 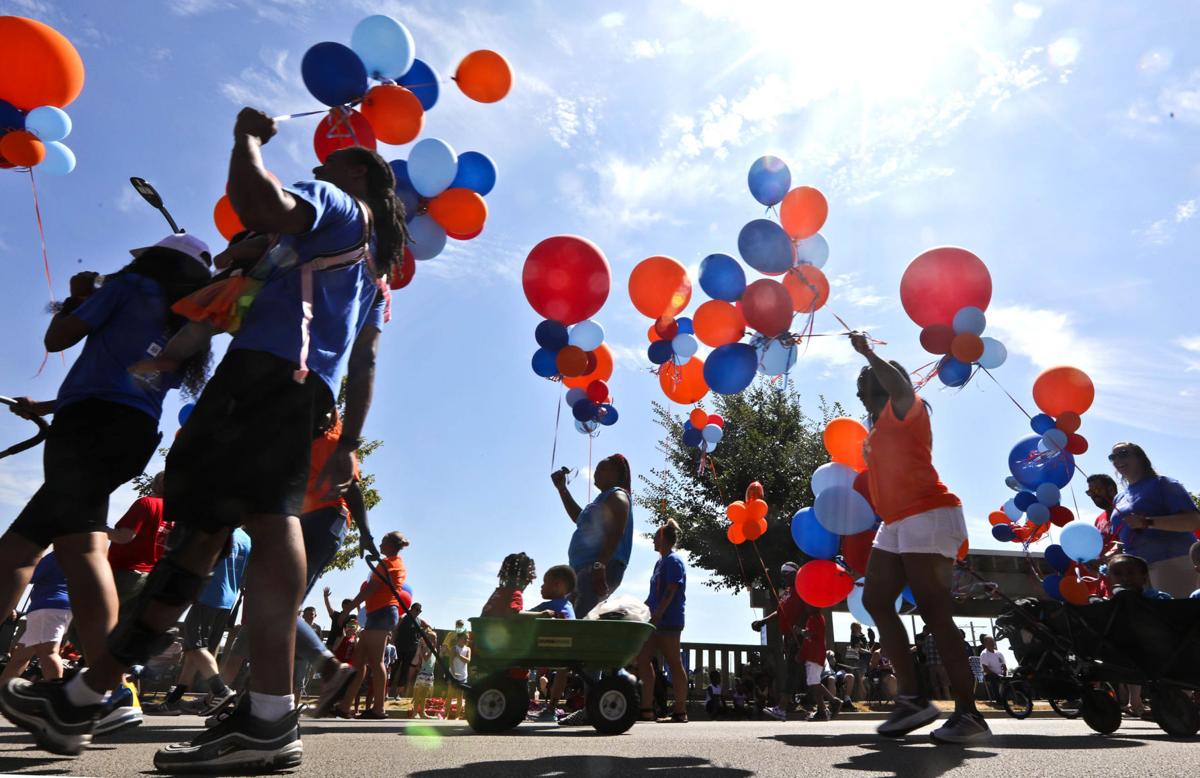 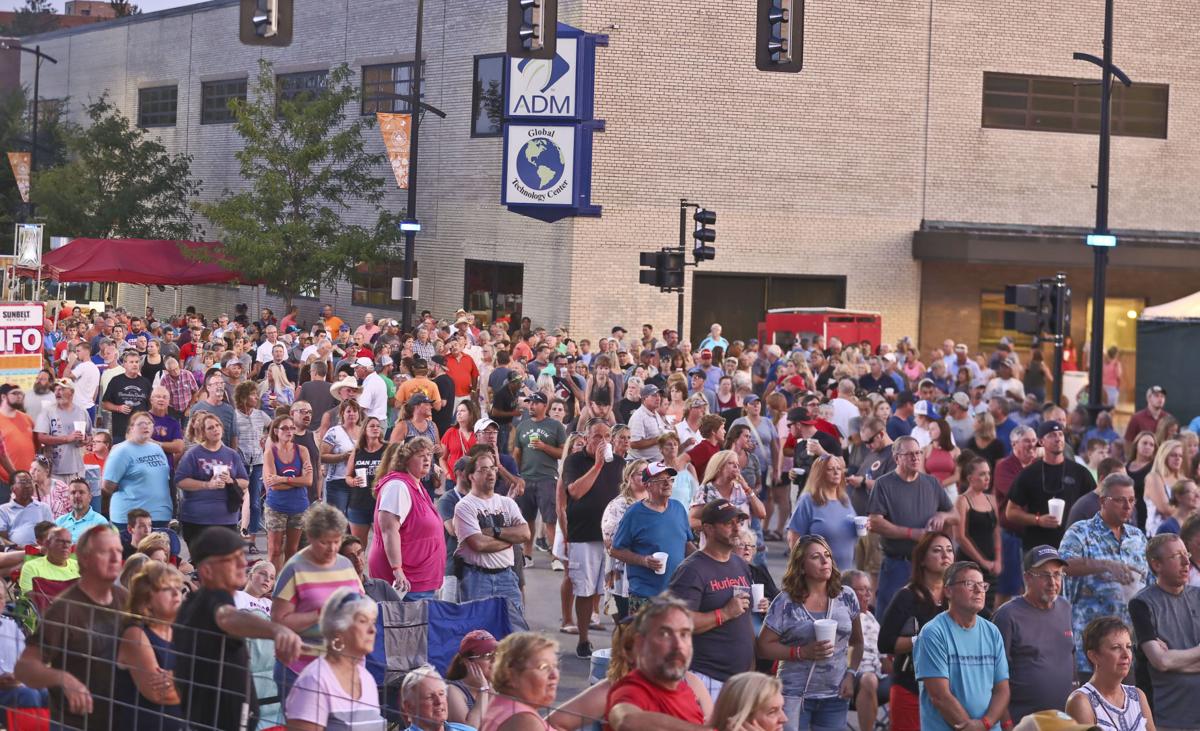 Crowds fill downtown Decatur during Decatur Celebration in August 2019. The organization has filed for Chapter 7 bankruptcy. 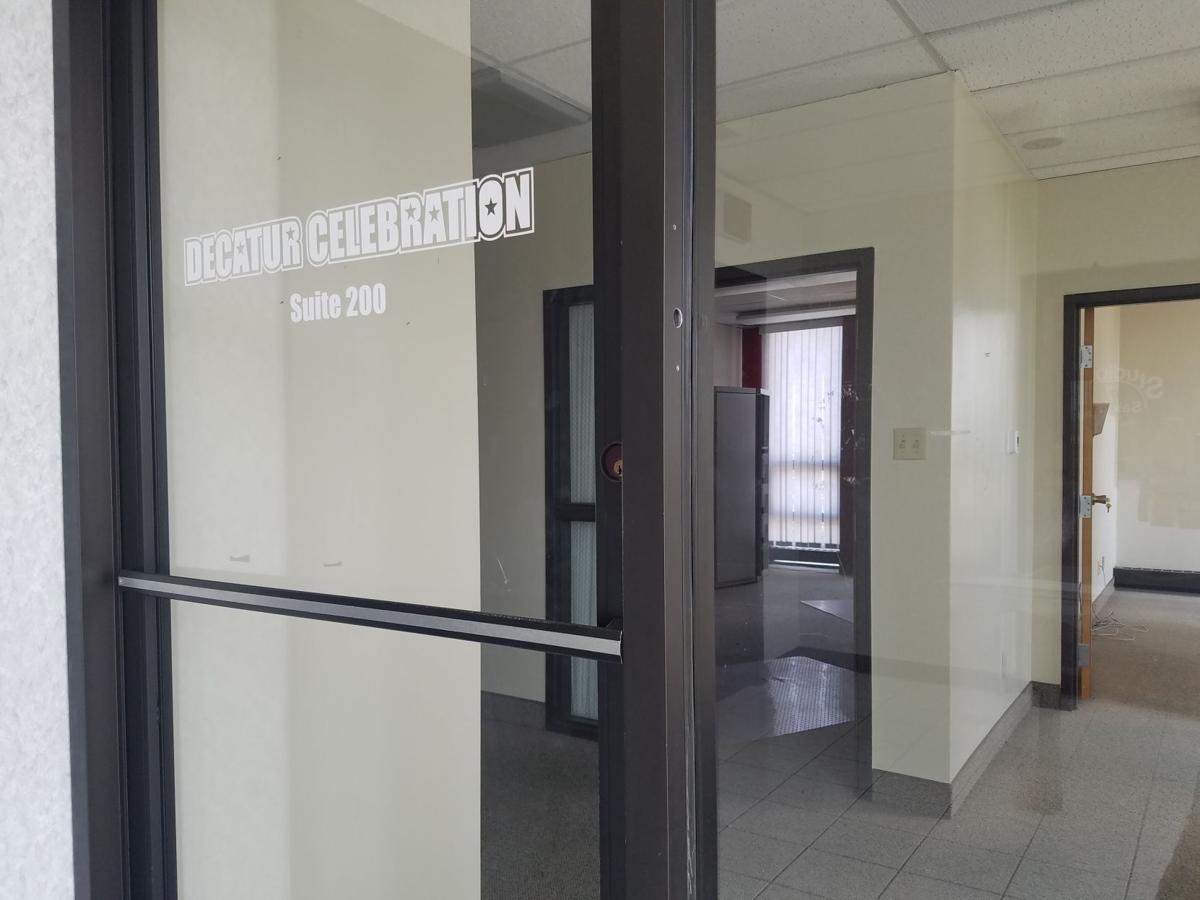 The former Decatur Celebration offices at 160 E. Main St. are shown. The board on Wednesday announced that the group has filed for bankruptcy. 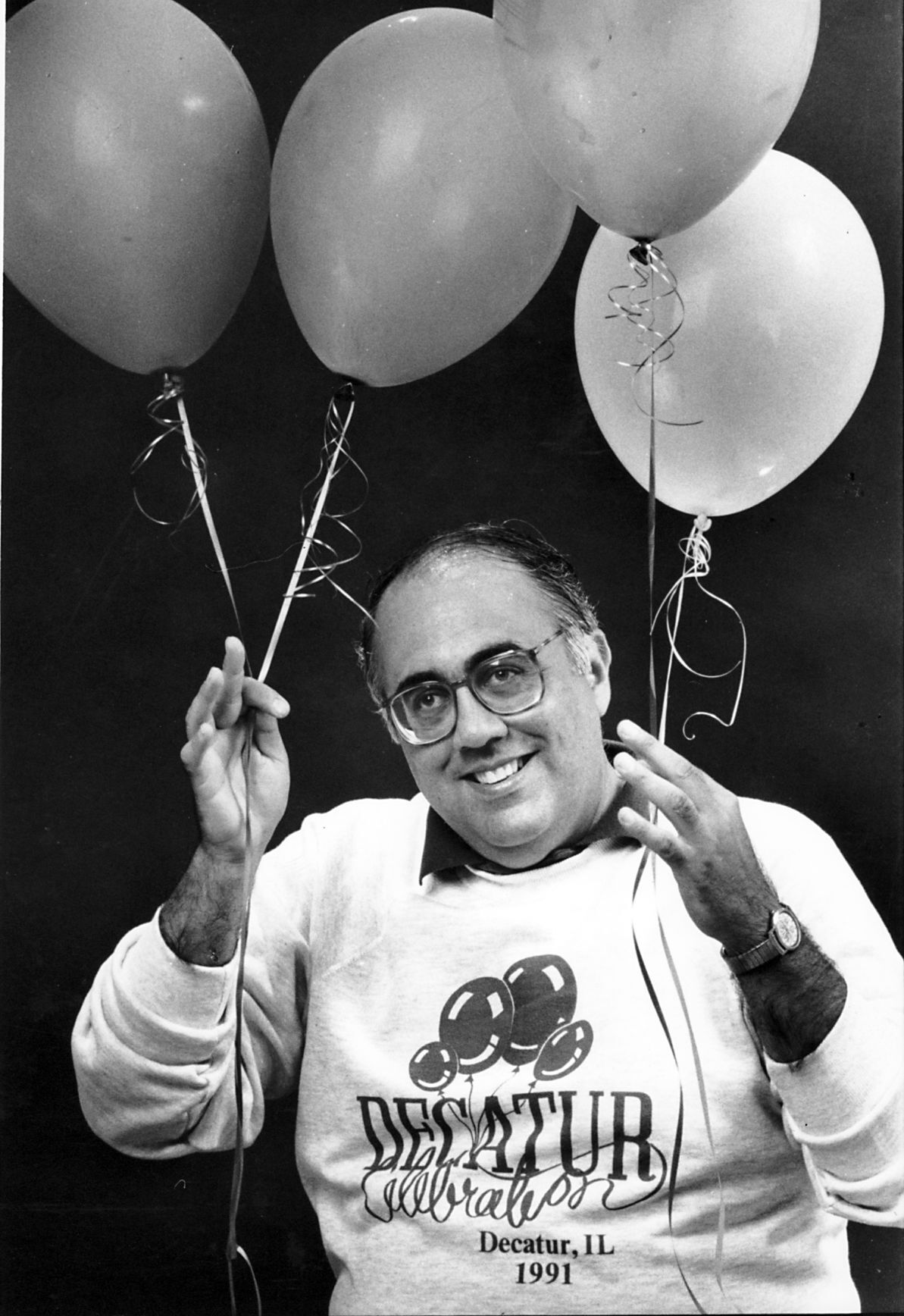 Fred Puglia was the creator and quarter-century producer of Decatur Celebration. 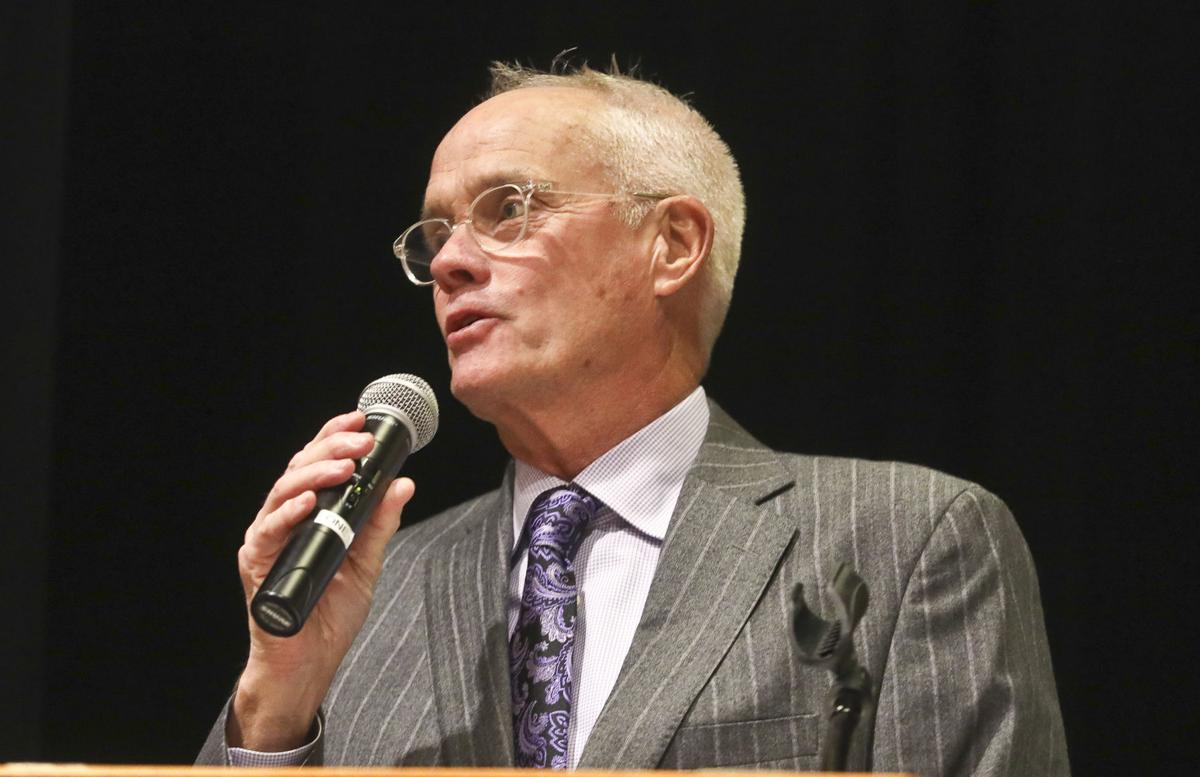