Become a Member
Read Today's E-edition
Share This
MOVIE REVIEWS: 'The House of Gucci,' 'Encanto'
0 Comments
Share this
1 of 2 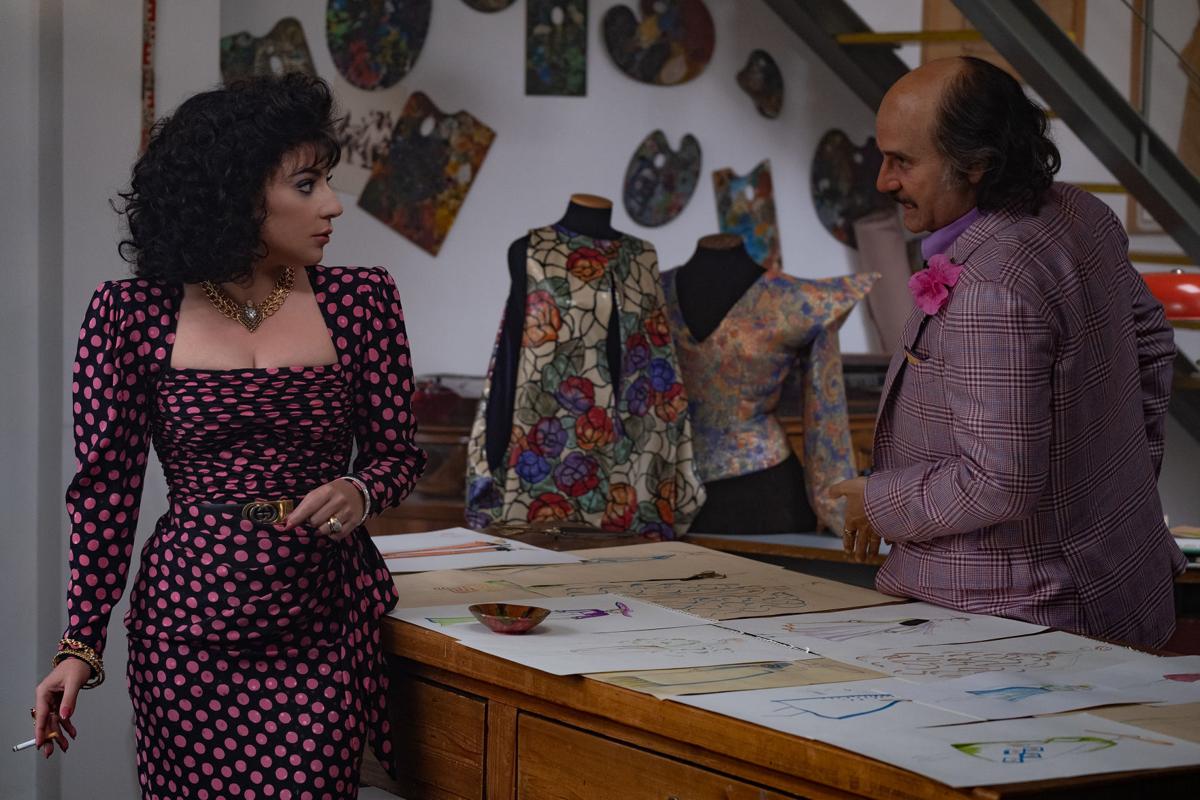 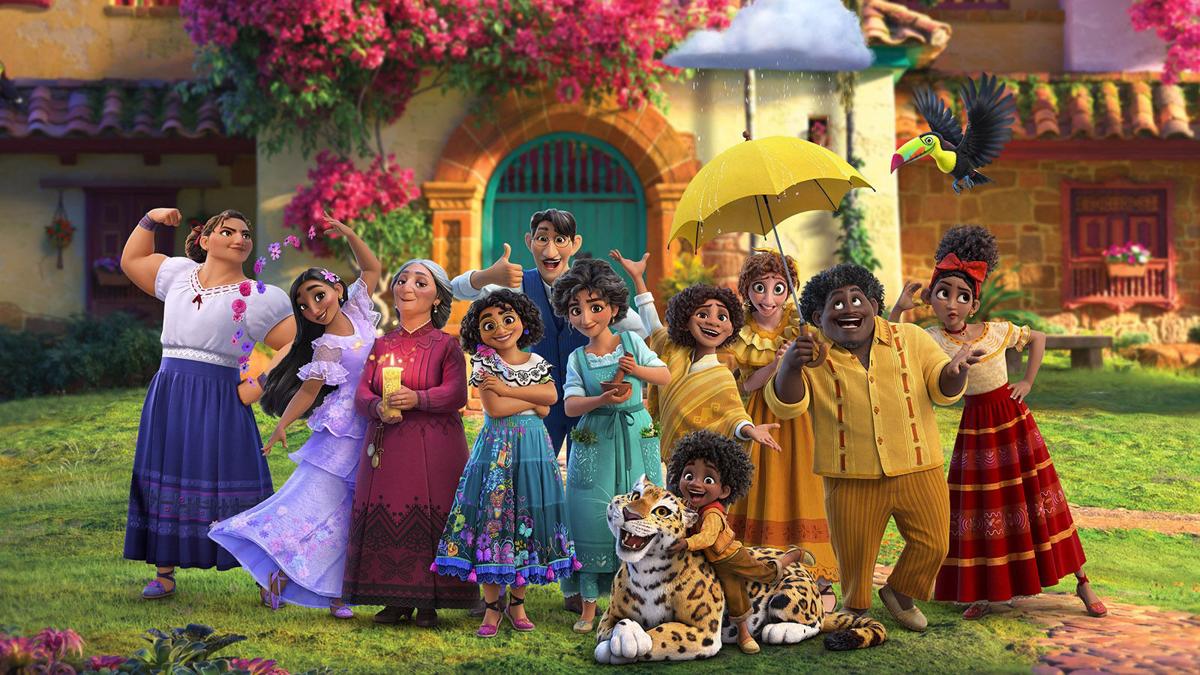 "Encanto" introduces the Madrigal family, who have each been granted extraordinary gifts, except one, our heroine, Mirabel (Stefanie Beatriz), who has yet to discover her own personal magic. (Disney/TNS)

What’s in a name? For most, “Gucci” is a signifier of luxury and opulence. For the characters in Ridley Scott’s sprawling pop epic “House of Gucci,” it’s both a blessing and a burden. For the sizzling black widow at the center of this unbelievable true story, Patrizia Reggiani, played by a powerfully possessed Lady Gaga, the Gucci name is a golden opportunity that she twists into a blackened curse.

Surrounded by a cavalcade of men with big names, from director Ridley Scott to the legendary Al Pacino, to the ludicrously transformed Jared Leto, to the seemingly ubiquitous Adam Driver, “House of Gucci” is Gaga’s movie, make no mistake, and she won’t let you forget it. Gaga delivers a bravura performance as Patrizia, an alchemical blend of sheer charisma, power of personality, undeniable magnetism, and most importantly, commitment to the bit. She doesn’t disappear into this role, and there’s never a moment where you forget it’s Lady Gaga you’re watching, but there’s a tremendous enjoyment to be found in watching Gaga lock her jaws around this character and shake this story into submission.

Based on Sara Gay Forden’s book, the screenplay by Becky Johnson and Roberto Bentivegna is a big, soapy true crime tale. At a hefty two hour, 37-minute runtime, “House of Gucci” can sometimes feel rather bloated, bogged down by messy family business dealings, but there are moments, especially courtesy of Gaga and an inspired Leto, that are completely electrifying.

What emerges from the saga of the “House of Gucci” is a story about the fury wrought on a fashion dynasty by one hell of a scorned woman, and a fascinating portrait of a female anti-hero. Gaga’s Patrizia goes on a journey from earthy Italian neorealist goddess to mobster movie thug, her curvy figure once cinched into Gucci suits now hunched into baggy jeans while she stares murderous daggers and gesticulates threateningly with a cigarette or espresso spoon. With all that attitude, the tiny Gaga could go toe to toe with Brando.

They’re gifted and they’re kooky, even a little spooky, it’s not the Addams Family, but the Magical Madrigals. The latest Disney Animation film, “Encanto,” sweeps audiences away to a colorful, enchanted world of Colombian magical realism, introducing the Madrigal family, who have each been granted extraordinary gifts, except one, our heroine, Mirabel (Stefanie Beatriz), who has yet to discover her own personal magic.

Jared Bush and Bryon Howard, who co-wrote and co-directed the Oscar-winning “Zootopia” and Oscar-nominated “Moana,” have teamed up with Charise Castro Smith for writing and directing duties on “Encanto,” while Jason Hand, Nancy Kruse and Lin-Manuel Miranda contributed to the story. The result is an animated musical that’s typically rousing and empathetic, rooted in the kind of therapy-inspired personal lessons about self-worth that often underpin these movies, soundtracked by Latin pop tunes written by Miranda.

The animation is a vibrantly hued and energetic swirl of almost nonstop motion, and Miranda’s songs skip from genre to genre, from traditional Disney ballads to reggaeton-inspired tunes, and even a tribute to Colombia’s own rock goddess, Shakira. The script is fast and furious and packed with jokes and references. There are times where you almost wish everything would slow down for a moment to get to know some of the supporting characters better, but the story of “Encanto” is refreshingly, and satisfyingly, swift and contained.

Mirabel’s magic shines through in who she has been all along: a good listener, empathetic and caring. She allows her family members to share their stories and vulnerabilities, and creates a safe space for their authenticity. With her diminutive stature, round glasses and curly hair, it’s like she’s a mini super-therapist for her family, and indeed, sometimes finding that person who allows you to be yourself, whatever that may be, does feel like the greatest gift of all. It’s a simple but resonant tale, but “Encanto” is charmed and charming film that just might offer a bit of healing too.

In the spirit of the holidays, we asked our Central Illinois journalists “What’s your favorite Christmas movie?” Here’s a look at what they said.

Disney projects an $8 billion increase in its 2022 content budget

Disney projects an $8 billion increase in its 2022 content budget

"Encanto" introduces the Madrigal family, who have each been granted extraordinary gifts, except one, our heroine, Mirabel (Stefanie Beatriz), who has yet to discover her own personal magic. (Disney/TNS)