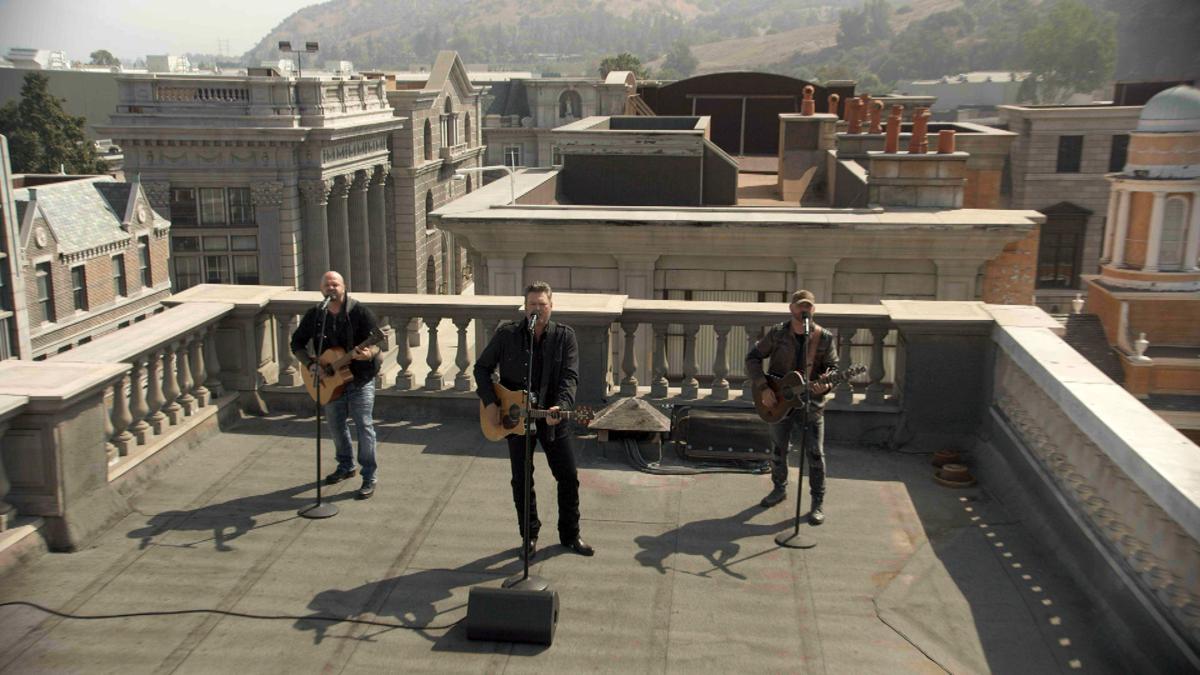 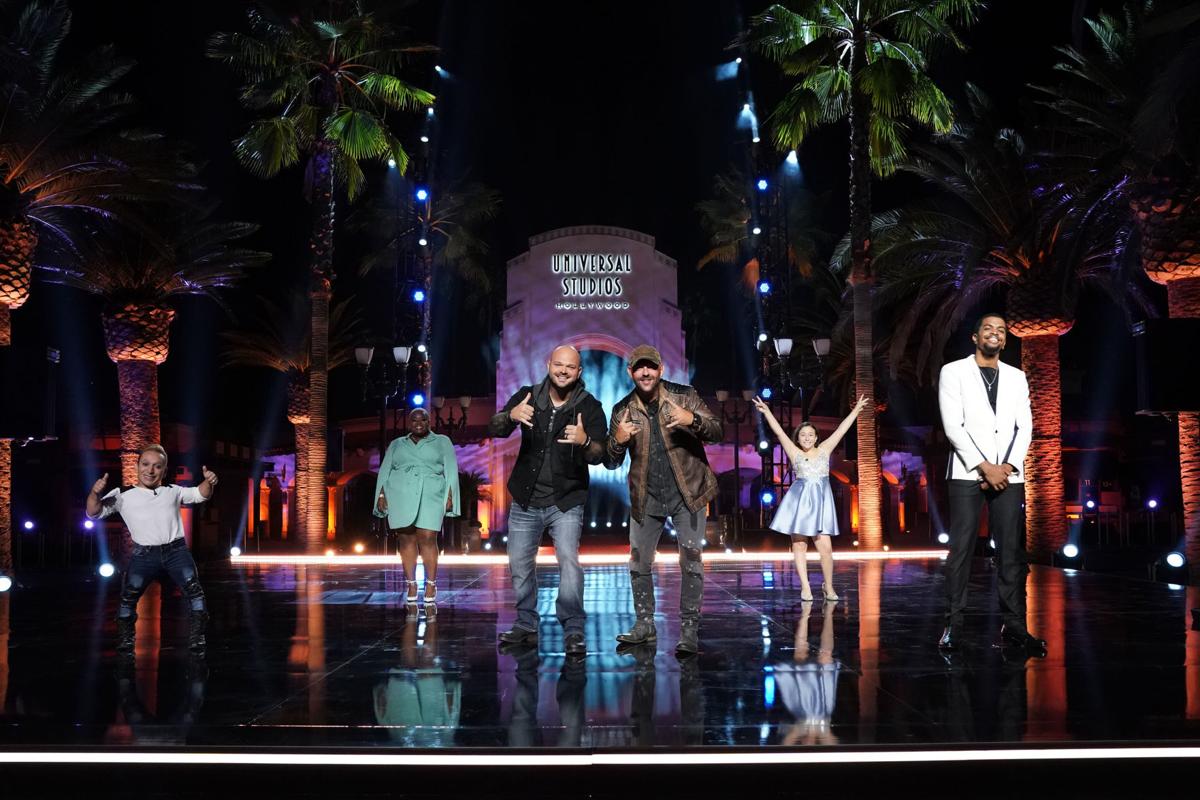 Broken Roots duo members Joey Kar, at left, and Austin Edwards (stage name for Austin Weinstock), stand at center stage Wednesday evening with the other finalists on the season finale of NBC's "America's Got Talent."

MATTOON — Broken Roots, a musical duo with Central Illinois ties, made the most of a second chance, finishing as the runner-up Wednesday in this season’s finale of NBC's "America’s Got Talent."

The duo, which includes Effingham native Austin Weinstock, who goes by the stage name Austin Edwards, was originally eliminated from the competition during the celebrity "judge cuts" round of paring down the competitive field. They were called back to the competition after another contestant dropped out due to a personal conflict.

Broken Roots consists of Edwards, who has Mattoon family ties, and fellow musician Joey Kar from the Chicago area. On Wednesday, they performed “God’s Country,” the song that propelled them to the finals, for the second time with one noticeable addition. They were joined on stage by country music superstar, Blake Shelton, the song’s original artist.

Brandon Leake, an award-winning spoken word poet, emerged as the winner, earning the million dollar grand prize and the opportunity to headline a show in Las Vegas.

Edwards, who has a background in country music, has said that he and Kar, who has a background in rock music, have received invitations to perform across the United States and overseas since they first started performing on "America's Got Talent." He said they hope to accept such invitations and tour after restrictions on large gatherings and travel caused by COVID-19 are eased.

"We really owe 'America's Got Talent' a 'thank you' for the opportunity that has been granted," Edwards has said. "We would absolutely love to get out there and start playing shows and build an even bigger fan base than we have."

Kool and the Gang

Sly and the Family Stone

Visit jg-tc.com to see a clip of Broken Roots on "America’s Got Talent."

If anyone deserves to capitalize on 2020’s dance-pop revival, it’s 52-year-old Kylie Minogue, who was pairing airy melodies and ecstatic grooves before Dua Lipa and Doja Cat were born. As if to prove the point, the Australian diva’s latest — her follow-up to 2018’s country-accented “Golden” — is called simply “Disco.” (MW)

America’s cuddliest baritone is back this fall with a new studio album (his first since 2018’s “Bridges”) and a series of virtual concerts in which he plans to revisit his favorite show tunes and his most treasured holiday songs.

The Billboard Music Awards took place Wednesday with Kelly Clarkson as the host. Here's the full list of nominees and winners.

Springsteen tends to release albums right at moments of national crisis. His 2002 LP “The Rising” helped speak to the grief of 9/11, and “Letter to You” will no doubt be some kind of salve for the most divisive election in a generation. His 20th album, recorded in a five-day blitz with his longtime comrades in the E Street Band, betrays no signs of age. (AB)

An Effingham native with Mattoon ties will perform with Broken Roots duo Tuesday evening on the season finale of  NBC's "America’s Got Talent."

The latest from Damon Albarn’s shape-shifting animated troupe is a collection of tunes created as part of his rolling multimedia Song Machine project. But the smart-alecky spirit and spooky-festive sound are classic Gorillaz, as is the delightfully random guest list, which includes Beck, Elton John and more. (MW)

Watch Now: Vinyl records outsell CDs for the first time since the '80s

Watch Now: Vinyl records outsell CDs for the first time since the '80s

Broken Roots duo members Joey Kar, at left, and Austin Edwards (stage name for Austin Weinstock), stand at center stage Wednesday evening with the other finalists on the season finale of NBC's "America's Got Talent."