If much of today’s streaming menu looks familiar, it’s because many series have advanced to a sophomore season, including the buzzy international hit crime drama Lupin and the proudly diverse teen romance Love, Victor. Formerly on Pop TV, the edgy Flack moves to Amazon Prime Video. And for those needing to chill after a hectic week, Zenimation provides sensory bliss in themed moments from Disney animation. An unexpected breakout hit for the streaming behemoth, the stylish international thriller is back with a five-episode “Part 2,” which raises the stakes for the suave Assane Diop (Omar Sy), gentleman thief and master of disguise. There’s new urgency to his revenge plot against Hubert Pelligrini (Hervé Pierre) after his wealthy nemesis had Diop’s young son Raoul (Etan Simon) kidnapped. Adding to the suspense: the Paris police are on Diop’s trail following a string of audacious heists. The sort-of sequel to Love, Simon continues with a 10-episode second season, in which teen star athlete Victor (Michael Cimino) deals with the pressures of being openly gay as it impacts his home and school life. Now a high-school junior, Victor has to figure out how to let his peers know about his budding relationship with Benji (George Sear), fearing pushback from his basketball bros. The flashy dramedy, set at a London-based PR firm where getting their high-profile clients out of scandalous messes earns their keep, returns for a six-episode second season. True Blood’s Anna Paquin stars as Robyn, a pro at fixing everyone’s life but her own. As she tries to mend relationships with her co-workers at Mills Paulson PR, her boss Caroline (Sophie Okonedo) may be shaking up things for all of them. Guest stars this season include Sam Neill, Daniel Dae Kim and Martha Plimpton. The bohemian female skateboarders navigate a New York City challenged by the pandemic in the freewheeling comedy’s second season. (In one episode, Nina Moran’s Kirt wonders if she has Covid after eating a tasteless empanada.) Maybe because the city is already struggling, their male skateboarding rivals are becoming their allies, forming a united front on wheels. 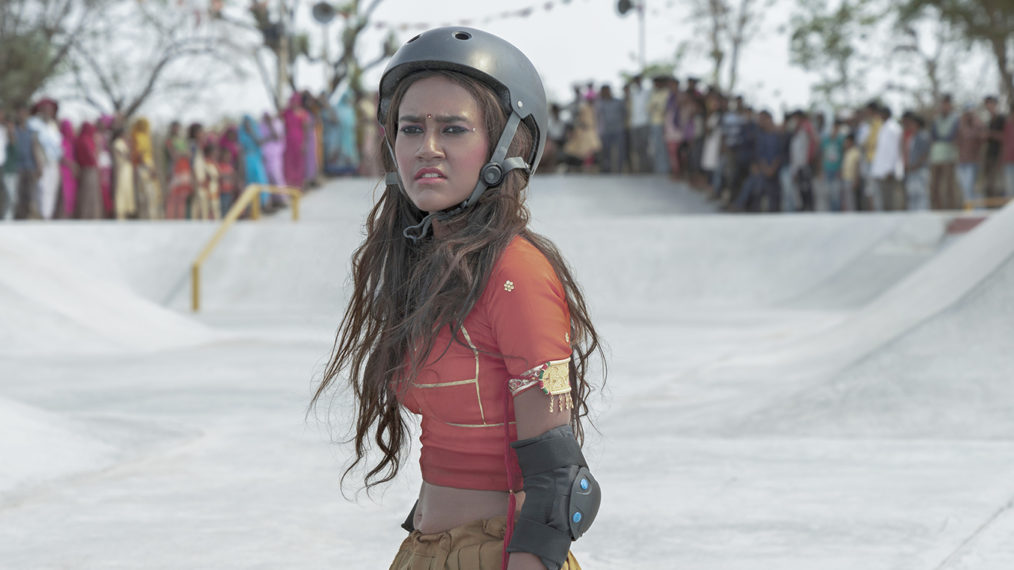 Skateboarding also provides the springboard for female empowerment in this fable set in a remote village in India, where teenage Prerna (Rachel Saanchita Gupta) and her peers are introduced to the sport. Amid a battle to create a skatepark of their own, Prerna must balance her desire to compete in a national championship with her duties to her traditional family. ABC may have canned Rebel too soon, but if you’re in the market for another offbeat crusader, check out the exploits of teen investigative journalist Hilde Lisko (Brooklynn Prince)—a character based on real-life Pennsylvania muckraker Hilde Lysiak—as she snoops into a new case in a 10-episode second season (episodes drop weekly). An explosion at a local farm sends Hilde on the hunt, taking on a corporation with her reporting that once again puts her and her indulgently worried family at risk. Sometimes you just need “a moment of mindfulness,” the calling card of this blissful series of shorts (all under 10 minutes), weaving together wordless sequences from Disney’s animated classics, vintage and new. With themes including “Rain,” “Waterways,” “Everyday Comforts,” “Snowscapes” and “Kindness,” these visual and aural montages are a timeless tonic for these turbulent times.

Those fitness gurus from the 1980s: What happened to them?

Sure, you remember Jack LaLanne, moving vehicles with brute force. But who else got the heart pumping during the 1970s and 1980s?

A millennial favorite returns with the Paramount+ reboot of "iCarly," revisiting the influencer in her 20s.

Frank Bonner of 'WKRP in Cincinnati' dies at 79

Frank Bonner, who played a brash salesman with an affection for polyester plaid suits on the TV comedy "WKRP in Cincinnati," has died. He was 79.

Rose Byrne has a good idea how actors playing Marvel superheroes must feel.

Need a Laugh? Want to Be Scared? Check Out These New Movies on Netflix

'Fatherhood,' 'Good on Paper' and more new movies for every mood.

A Wisconsin coffee house drew about 150 “brides” Sunday for what has become known as the annual “Friends Wedding Dress Drinking Day.”

Now that Lil Dicky has a bigger slice of success his neuroses are off the chart.

Looking for something to watch with the family? Check these reality series, docs, and dramas on Prime Video.

NBC’s "The Blacklist" promises answers to long-simmering questions, and Hulu’s "The Handmaid’s Tale" wraps its grueling fourth season as FXX’s irreverent comedy Dave returns for a second round.