LOS ANGELES (AP) — The first new TV season of the coronavirus era is facing an understandably shaky start that comes with a tacit disclaimer: The comedy and drama series being trumpeted for fall 2020 and beyond will air — if they get made.

Studios, guilds and trade groups are huddling to find ways to ease a near-complete production shutdown, among the nationwide efforts to curb the pandemic. While streaming services parcel out series year-round, broadcast TV still relies heavily on a September filled with fanfare and high-profile scripted shows.

How that will happen is a cliffhanger only a masochistic screenwriter would envision.

Gabrielle Union, who with Jessica Alba stars in and produces Spectrum cable's “L.A.’s Finest,” is among those awaiting guidance on how actors and crews can safely return to work. The police drama combines shoot-'em-up action with more intimate scenes, both a test of how social distancing and story demands will co-exist.

“When we all are given the green light to go back, we just have to be flexible and open to this new normal, whatever that’s going to look like,” Union said.

Just four months before the Sept. 20 Emmy Awards kick off the season's traditional start for networks including ABC, CBS, Fox and NBC, the uncertainties swirling around COVID-19 are daunting. Even well-stocked Netflix or premium cable channels like HBO with fully produced new series in hand must keep a wary eye on prolonged disruption.

Neal Baer, a physician and a veteran TV writer and producer (“ER,” “Designated Survivor”), had a succinct reply when asked if he would start a production given the unanswered questions about the disease, including whether coronavirus antibodies confer immunity.

“No way,” Baer said. “I’m not going to put people potentially in harm’s way” given the unknowns.

While the Alliance of Motion Picture and Television Producers spearheads the broad industry effort to work with health and government officials on safety protocols, there are also what one executive called impromptu “think tanks” to find solutions.

“Some have attorneys and doctors involved. I do a weekly panel that a cinematographer put together, and we keep adding people who run production companies, sound stages,” said Matt Birch, co-head of physical production for the multinational talent agency APA.

Visual effects supervisors and producers are in high demand, Birch said, to create what can't be filmed. Among the steps industry members say are being mulled: scenes with fewer actors and shorter production schedules, and more animated projects,

A critical issue is the insurance that covers losses due to production delays or budget overruns, said Carolyn Hunt, a veteran entertainment lawyer in Los Angeles who handles film and TV financing deals. She said virtually all policies are excluding coverage of COVID-19-related issues.

“That makes things very tricky, so a lot of people are waiting to see what happens there,” Hunt said.

Meanwhile, networks are cobbling together schedules and, in true Hollywood fashion, hoping for a happy ending.

When Fox announced its fall schedule, it included a recycled season-one run of “L.A.’s Finest,” along with two series that the network originally intended to debut this spring, “Filthy Rich” starring Kim Cattrall and tech thriller “neXt” with John Slattery.

The reason the trio of series earned a coveted spot on a network’s fall schedule: They were in the can and ready to air.

The same holds true for several upcoming CW shows, including “Swamp Thing,” canceled after one streamed season, and imports from Britain and Canada. But those are merely fall placeholders for CW, which announced it’s moving the start of the new season to January 2021, quickly dubbed “the new fall.”

ABC and NBC haven’t disclosed their plans, while CBS said a handful of new series will join its long-running series including “NCIS” but has yet to release a schedule. In an ordinary year, by now all of the networks would have spotlighted their upcoming seasons in elaborate presentations to ad buyers packed into Carnegie Hall or other New York City venues.

The studios that make CW’s series are targeting a September production start to allow for the January debuts, said the network’s chairman and CEO, Mark Pedowitz. His reply when asked if the timeline is realistic: “As realistic as anything else is at this point.”

Movie and TV mogul Tyler Perry may be showing the way. His studio in Georgia, among the states relaxing virus-related restrictions, plans to re-open for production in July with two series for BET. Protective measures will include testing and isolation at the Atlanta studio lot for cast and crew,

There are other options, if further afield. Iceland plans to ease its travel restrictions in mid-June and is preparing taping guidelines, said producer Leifur Dagfinnsson, whose credits include two “Star Wars” films and the shows “Sense8” and “His Dark Materials.” He touts the country's dramatic landscapes, the London studios that are a three-hour flight from Reykjavík — and Iceland's emphasis on coronavirus testing.

There are also alternatives to traditional, highly produced series. CBS aired a socially-distanced episode of its drama “All Rise” made using digital technology, and late-night hosts are drawing kudos for their homespun shows with family as supporting players.

That’s not the future envisioned by Laura Kennedy, CEO of Avalon, a U.K. and U.S.-based management and TV production company whose shows include HBO’s “Last Week Tonight with John Oliver” and the FX comedy “Breeders.”

“It really is an industry that begs team effort and personal reaction, including writers’ rooms where people riff off each other,” Kennedy said.

A secure return to work is something exciting to look forward to, said “This Is Us” star Mandy Moore. She and others in the NBC drama’s cast reconnected with a Zoom call recently as they await word on when season-five production will begin.

“It’s the opportunity of all our lifetimes to be a part of this show and to do work we’re all so proud of, but we also understand there are bigger issues in the world,” Moore said.

Notice some colorful additions to downtown Decatur's statues? Here's who organized the effort and how they're hoping to show support for frontline workers with the project.

J.K. Rowling reveals the truth around the origins of 'Harry Potter,' stupefying fans

A fan asked Rowling to explain "the truth about this 'birthplace' of Harry Potter."

Executive producer Sheryl J. Anderson teases what to expect from the women's romances in the Netflix series.

End your week with some trending news on 5 to Know

Will Chicago’s role as the home of the Broadway out-of-town tryout help it lead Broadway in reopening theater? 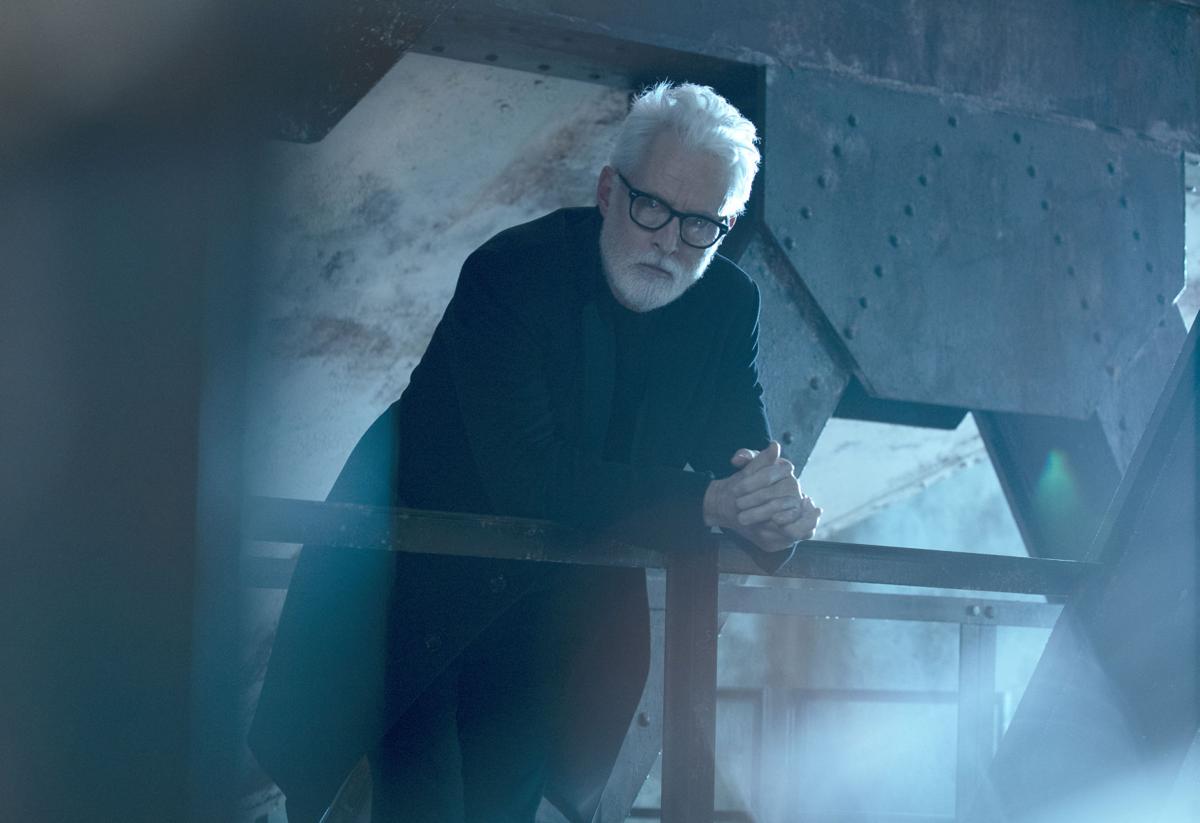 This image released by FOX shows John Slattery in a scene from "NEXT," premiering this fall on FOX. 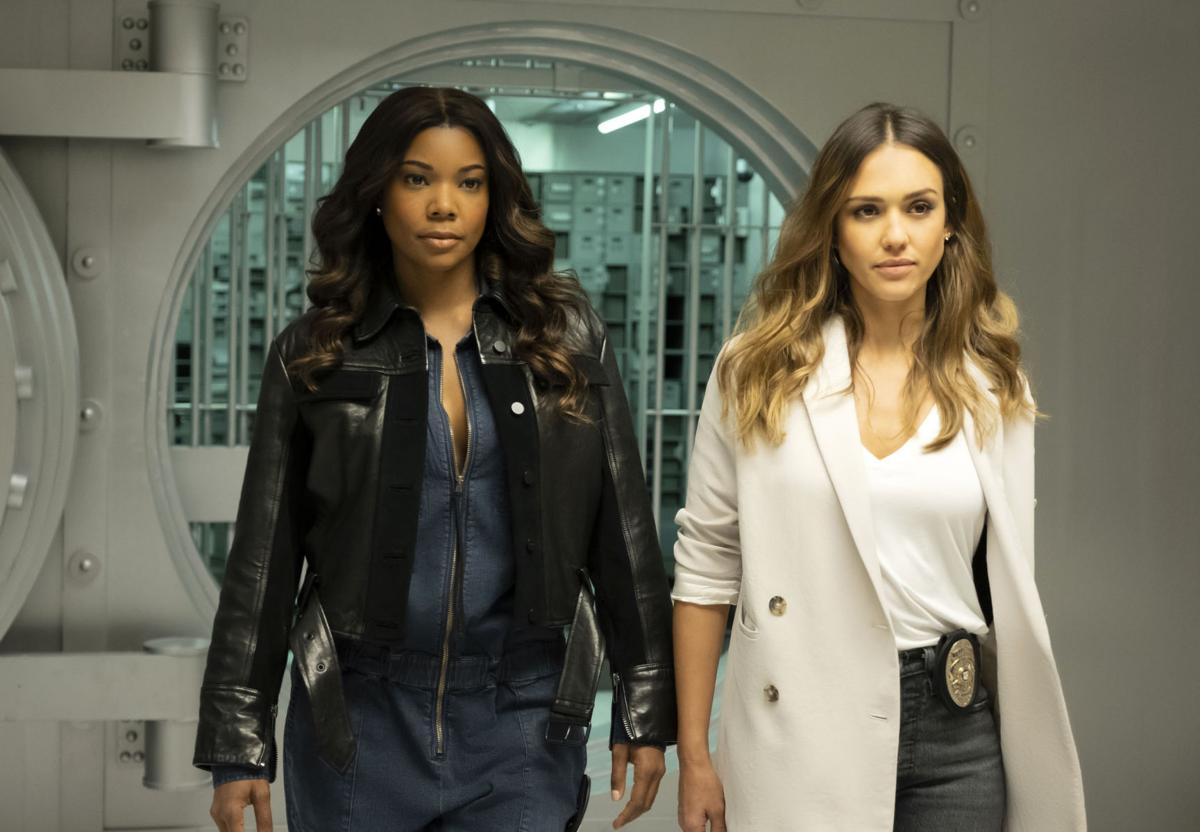 This image released by FOX hows Gabrielle Union, left, and Jessica Alba in a scene from "L.A.'s Finest." The series will premiere in the fall. Union is among those awaiting guidance on how actors and crews can safely return to work. The police drama combines shoot-'em-up action with more intimate scenes, both a test of how social distancing and story demands will co-exist.