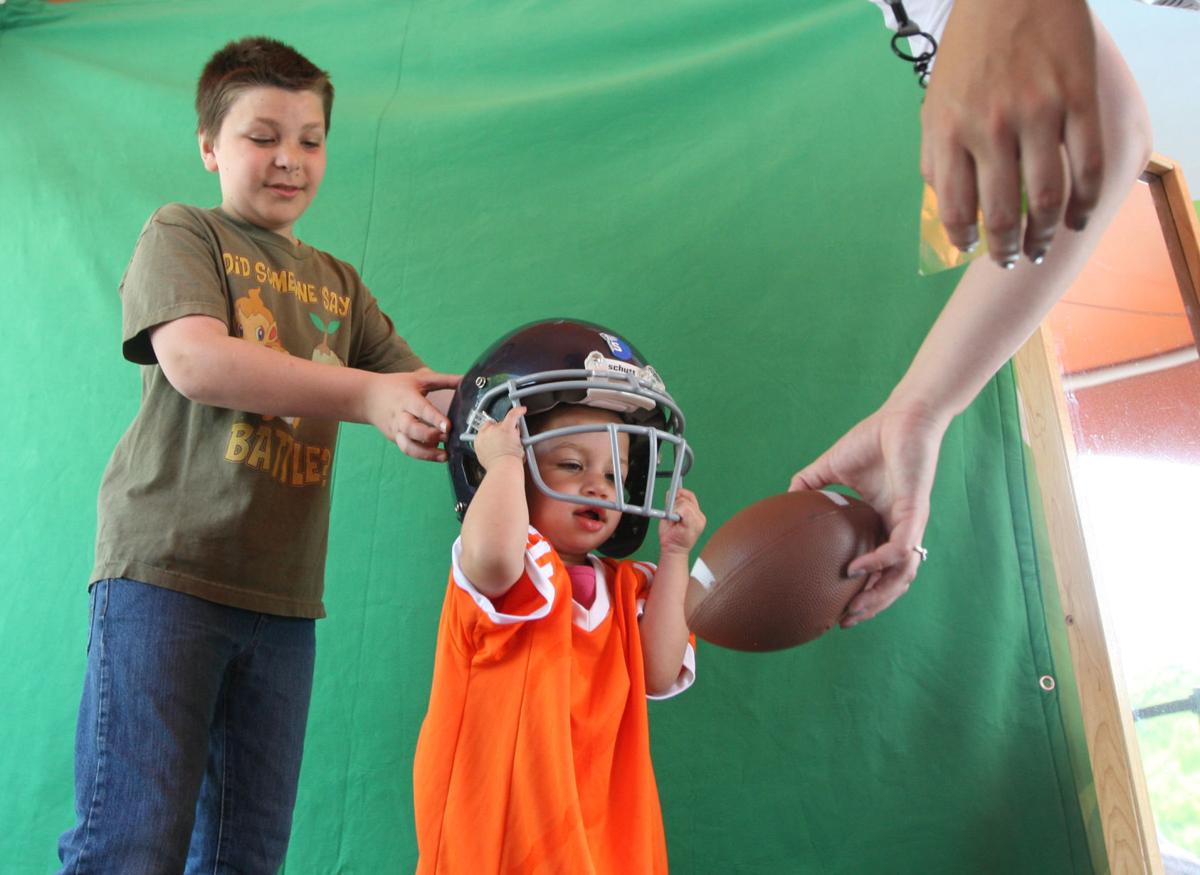 Glenn Barber,11, assists Bambi Ruff,2, as she prepares for her photo shoot Thursday during the PNC Bank Grow Up Great activities at The Children’s Museum of Illinois. Young participants got the opportunity to dress in the uniform for their career of choice during the event. 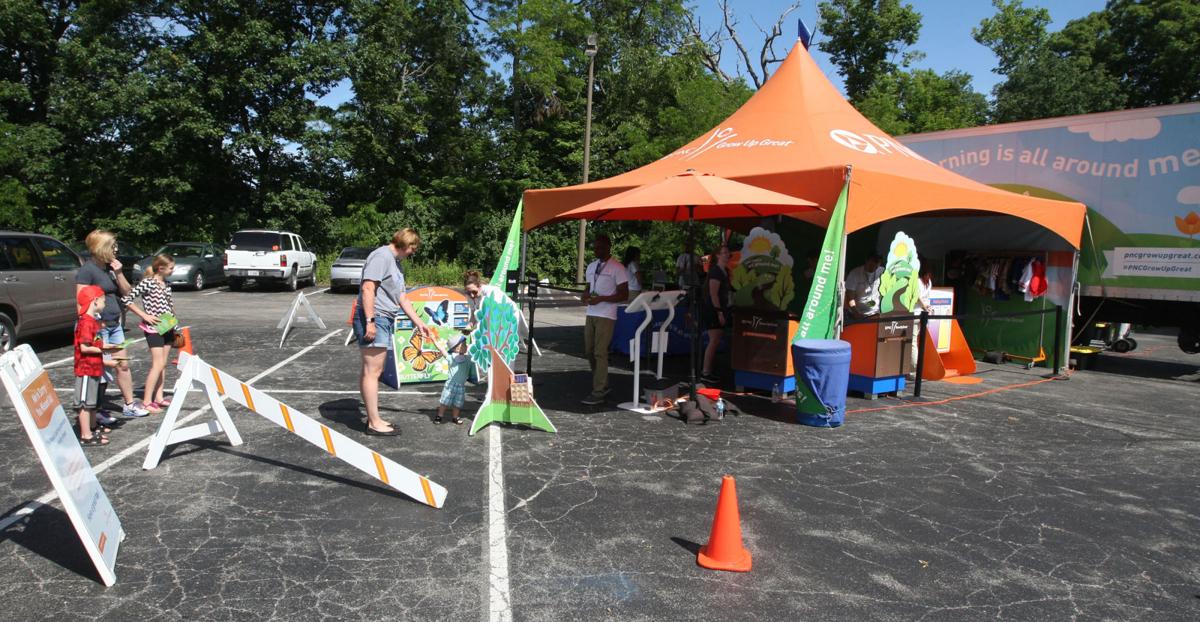 Parents and children line up to participate in PNC Bank Grow Up Great activities at The Children’s Museum of Illinois.

DECATUR — Talia McGee is a little young to know what she wants to do with her life just yet, but her daddy knows what he hopes she'll do.

“Her daddy is an engineer, and he wants her to be one, too,” said Talia's mom, Andrea.

The two had intended to visit Scovill Zoo on Thursday, but when McGee saw the full parking lot, she took her daughter next door to the Children's Museum of Illinois. That's where PNC Bank's Grow Up Great traveling exhibit was making a stop.

“It was pure coincidence,” said McGee, who hadn't known about the event beforehand. Talia is 15 months old and a curious little girl, so it was a good fit for her.

One of the activities was to dress up as a profession to which the child aspires, and since Talia was already wearing an astronaut T-shirt, she dressed as an astronaut. Photos were taken in front of a green screen, and photos were taken with the appropriate background. Talia's made her look as if she were in space.

The children's museum, which is dedicated to activities much like the ones in the Grow Up Great traveling exhibit, was happy to host the event, said Abby Koester, director of education.

“They go all over the country, and we were glad to have them here,” she said.

Grow Up Great began in Central Illinois in 2008, said Jenna Wiesner, director of client and community relations for the bank. In 2011, PNC made a grant of $30,000 to the museum to support early childhood education.

At that time, Regional President Doug Stewart said early childhood education has been shown to make a significant difference in a child's school success and, he said, that's why PNC wanted to help preschool-age children.

The activities on Thursday required parent-child interaction, and Wiesner said that was an important component. Parents are children's first and most influential teachers. Grow Up Great events are held in 22 states.

At the beginning of the series of activities, children can find out, with parents' help, what a butterfly eats, where pandas live and other interesting facts. Children are given a word of the day and asked if they know what it means. Thursday's word was “unique.”

“I tell them it means one-of-a-kind or special,” said Christine Smith, one of the PNC volunteers. “Then I ask them what makes them special.”

If the kids require a bit of prompting to think of what makes them special, she helps. When two little boys turned shy at the question, she asked the older boy how old his little brother is. At his answer, “1,” she told him he's a good big brother and that makes him special.

All the activities included local PNC employees, who are encouraged to volunteer for such activities as a way to stay connected to the community.

DECATUR – Members of the Kiwanis service club have a motto they all know and understand: “Kiwanis, Serving the Children of the World.”

Glenn Barber,11, assists Bambi Ruff,2, as she prepares for her photo shoot Thursday during the PNC Bank Grow Up Great activities at The Children’s Museum of Illinois. Young participants got the opportunity to dress in the uniform for their career of choice during the event.

Parents and children line up to participate in PNC Bank Grow Up Great activities at The Children’s Museum of Illinois.