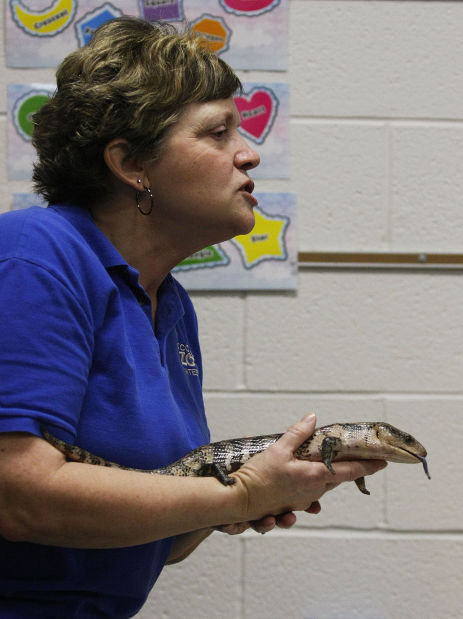 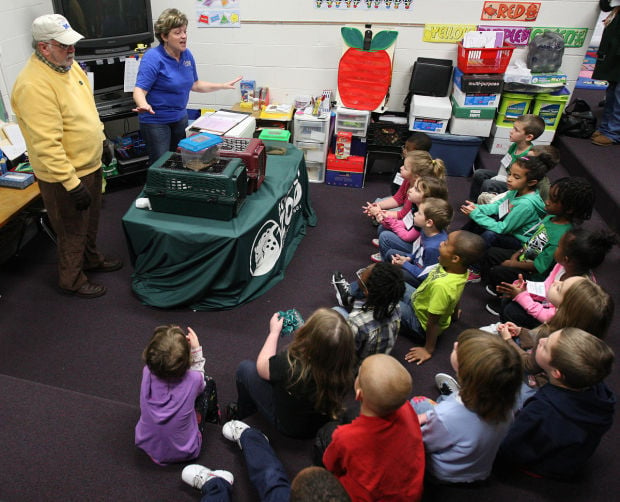 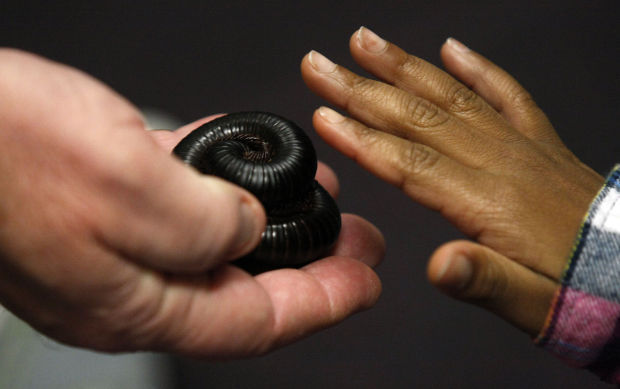 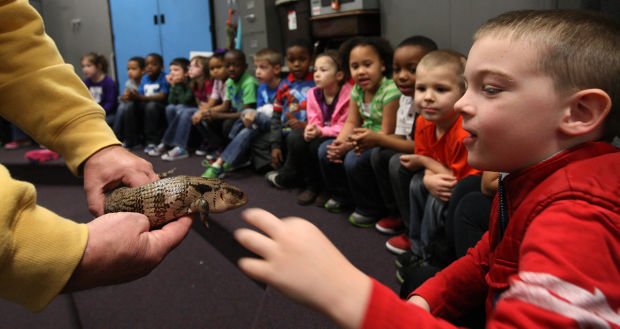 The zoo began using a 2009 Dodge Grand Caravan emblazoned with its logo and signature animals after a donation last year in memory of Neil Baird, a Millikin University professor and volunteer. When the colorful vehicle parks in front of a school or other event, any number of animals could be inside.

The Mobile Zoo is part of Scovill’s efforts toward educational outreach, a quality that is required for accreditation by the Association of Zoos and Aquariums. It started in 1985 and continues to expand, said volunteer coordinator Misty Tompkins.

“A lot of people think it’s just a petting zoo, but actually, it’s very educational,” she said. “Our presenters bring out one animal at a time, talk about it, tell them some really interesting facts and then the kids get to see it up close and touch it.”

The mobile zoo frequently travels to nursing homes and events such as the Decatur Celebration and Illinois State Fair, where it also entices out-of-towners to visit Decatur, Tompkins said. Despite requests, the mobile zoo does not serve as a petting zoo for private birthday parties, since that doesn’t serve its educational purpose.

Mobile zoo animals include Dutch rabbits and chinchillas, Madagascar hissing cockroaches and a three-banded armadillo. Tompkins said some of the most popular animals are Plexi, the glass lizard, and Tiny, Casper and Bruno, a trio of corn snakes.

“She’s just so neat-looking,” Ellis gushed. “She’s pretty calm when you hold onto her. If you just pick her up, she likes to bat her tail around quite a bit, but then she just kind of clings onto you.”

Since Scovill Zoo volunteers do not help with animal care, the mobile zoo is the best opportunity for volunteers to interact with animals. They typically accompany another volunteer on Mobile Zoo outings several times before going out on their own.

“What I like about being a volunteer is, Misty (Tompkins) doesn’t push us to do things. She sends an email out to us. We can choose what we want to do and let her know,” Ellis said.

Tompkins said zoo staff and volunteers can tailor the mobile zoo presentation to fit the needs of each group. For instance, a talk to a high school science class involved seven animals and took two hours. A recent talk to kindergarten students, however, lasted just 30 minutes, keeping kids engaged the whole time.

Mobile zoo animals, which include about 15 mammals, 10 reptiles and three birds, are kept separately from the zoo’s other exhibits.

“That’s one thing that a lot of people might ask,” Tompkins said. “‘I saw the tenrec (a small hedgehoglike mammal) or the chinchilla on a mobile zoo, but when I just come to the zoo, I don’t see it.’ It’s because our education animals that leave the zoo grounds have to be kept separate.”

Free classes to train new volunteers begin Feb. 5. To learn more about volunteering at the zoo or booking the Mobile Zoo, call (217) 421-7435.