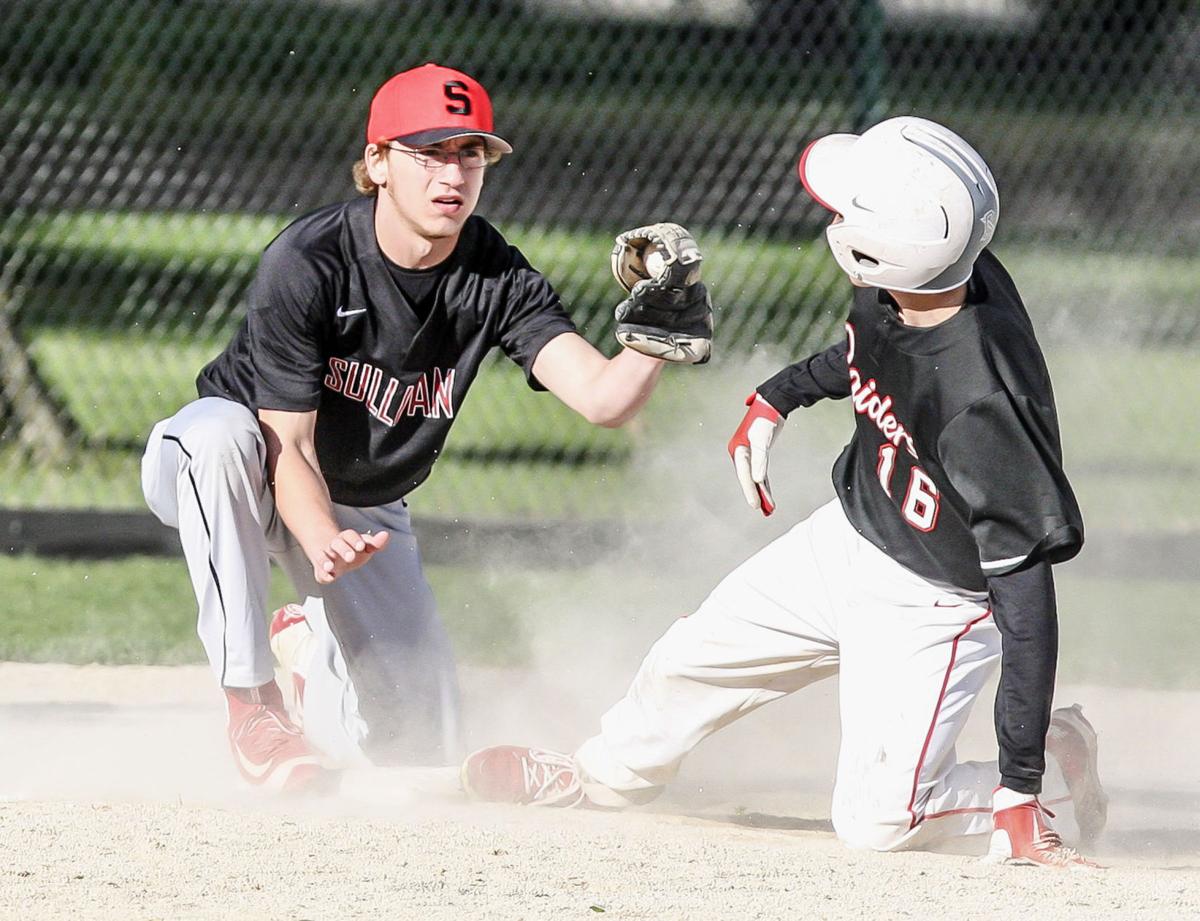 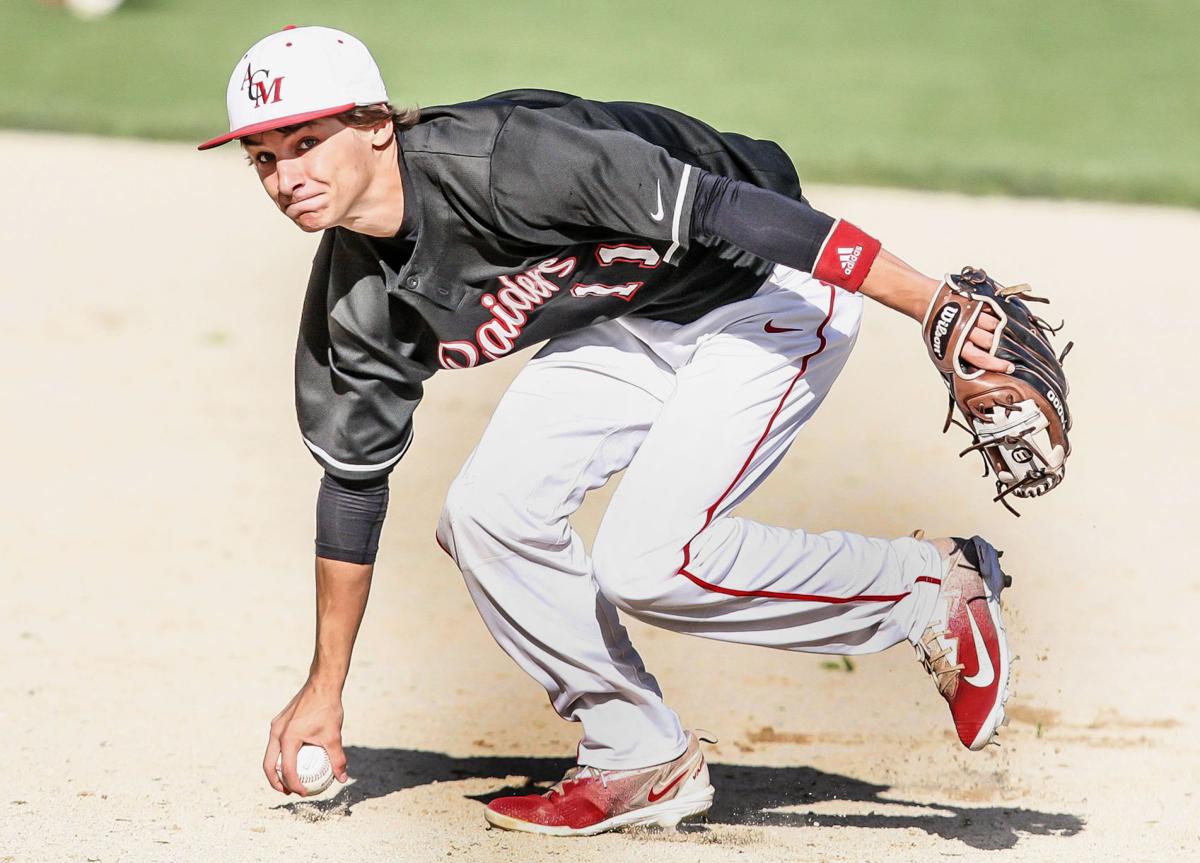 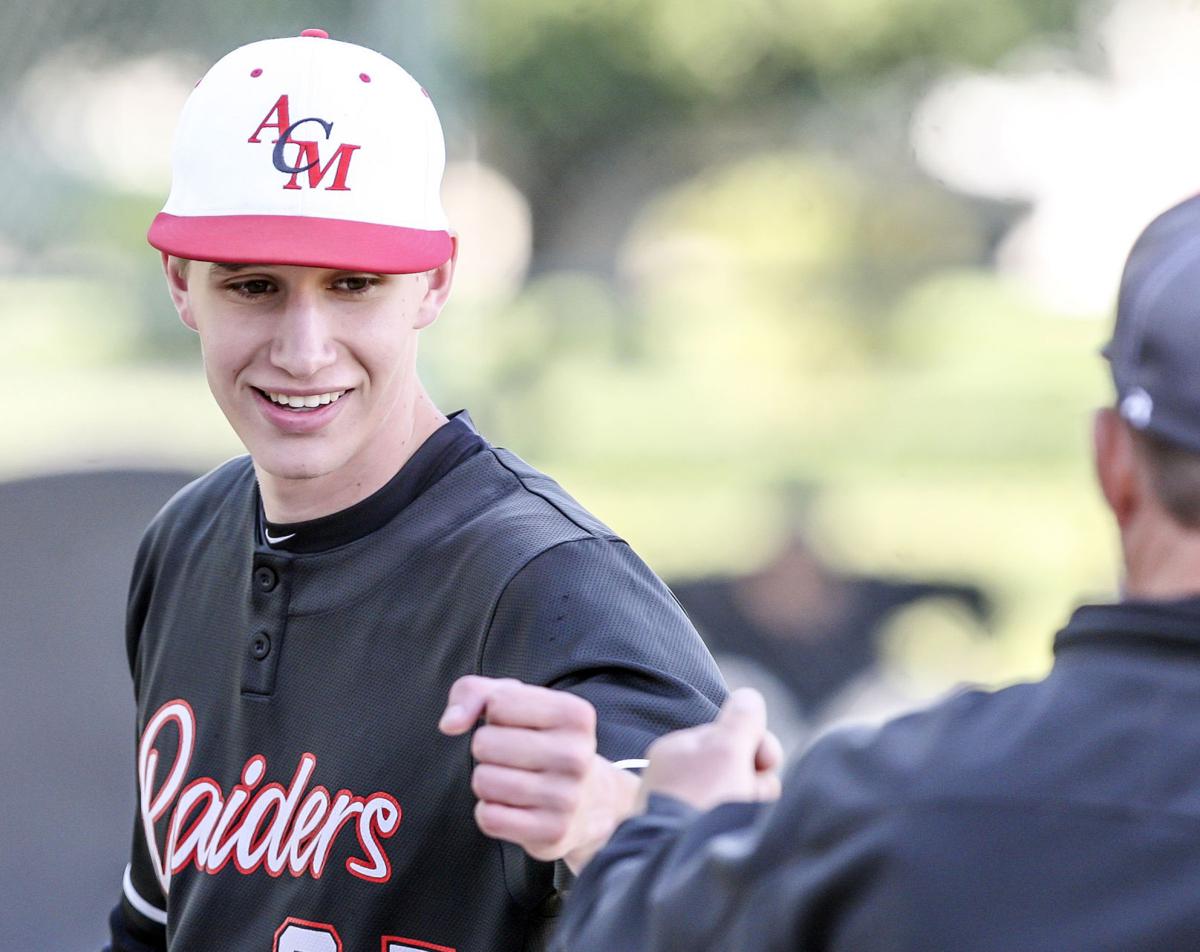 Central A&M starting pitcher Dillion Reed was tough on Sullivan, picking up the win on Tuesday.

Reed's command wasn't an issue the rest of the afternoon.

The senior ace drilled corners with his fastball and froze batters with his off-speed splitter en route to a complete game and 4-2 victory over Sullivan on a breezy Tuesday afternoon.

“Every time he takes the mound, we have a good chance to win the ball game,” Central A&M coach Chad Carroll said of Reed. “He just throws strikes, which is so important in high school baseball. Even if he gets behind a batter, he has no panic in him at all. He's just really calm out there and finds a way to battle back.”

Reed fanned nine and allowed just five hits. Sullivan didn't uncork its first hit until the fourth inning with two outs and mustered its pair of runs off a bloop single by Bryce Farris with one out left in the bottom of the seventh.

“I just threw strikes and my defense made plays,” Reed said. “It wasn't me. It was my defense.”

Schibur zipped through Central A&M's hitting order with 12 strikeouts and only gave up three hits. With Reed and Schibur dishing out quick outs, the game came to swift end in an hour-and-a-half.

Nor did it matter that the wind was blowing out.

A couple of miscues by Sullivan's defense turned out to be the difference.

The nimble lead-off hitter opened the first inning with a single and wheeled his way home after stealing second and two passed balls off the catcher's glove.

Garner struck again in the third inning for a 2-0 lead.

After beating out a throw from the shortstop for an infield single, he slid into third for another stolen base and trotted home as the catcher misfired the ball into the outfield.

“Anytime he gets on base, it's good for us because we can do a lot of different things,” Carroll said of Garner. “If he gets on first, I know he'll eventually get on third.”

Sullivan (12-10, 6-6) had a prime opportunity in the fourth with the bases loaded and two outs.

But Reed escaped out of the jam with a ground out to the shortstop.

“I was just pounding the strike zone, trying to let them put the ball in play and let our defense make a play behind me,” Reed said.

He evaded trouble again in the sixth with runners in scoring position, getting the last batter out looking.

“We looked at an awful lot of fastballs and just got behind in counts,” Becker said. “From there, it's tough to battle back when the guy's pounding the strike zone because you're swinging defensively more trying to battle instead of being aggressive.”

Reed's splitter was certainly to blame.

“He's really developed that splitter since his freshman year,” Carroll said. “We have very few kids who can control multiple pitches in the strike zone. When you can do that, he might not get a lot of strikeouts but at least some off-balance swings so they're not centering the ball up.”

“We still have to put the ball in play more. We struck out 14 times. That's been our Achilles' heel this year. If we're going to do something in the postseason, we have to limit our strikeouts.” – Carroll

Sports Writer for the Herald & Review

Central A&M starting pitcher Dillion Reed was tough on Sullivan, picking up the win on Tuesday.