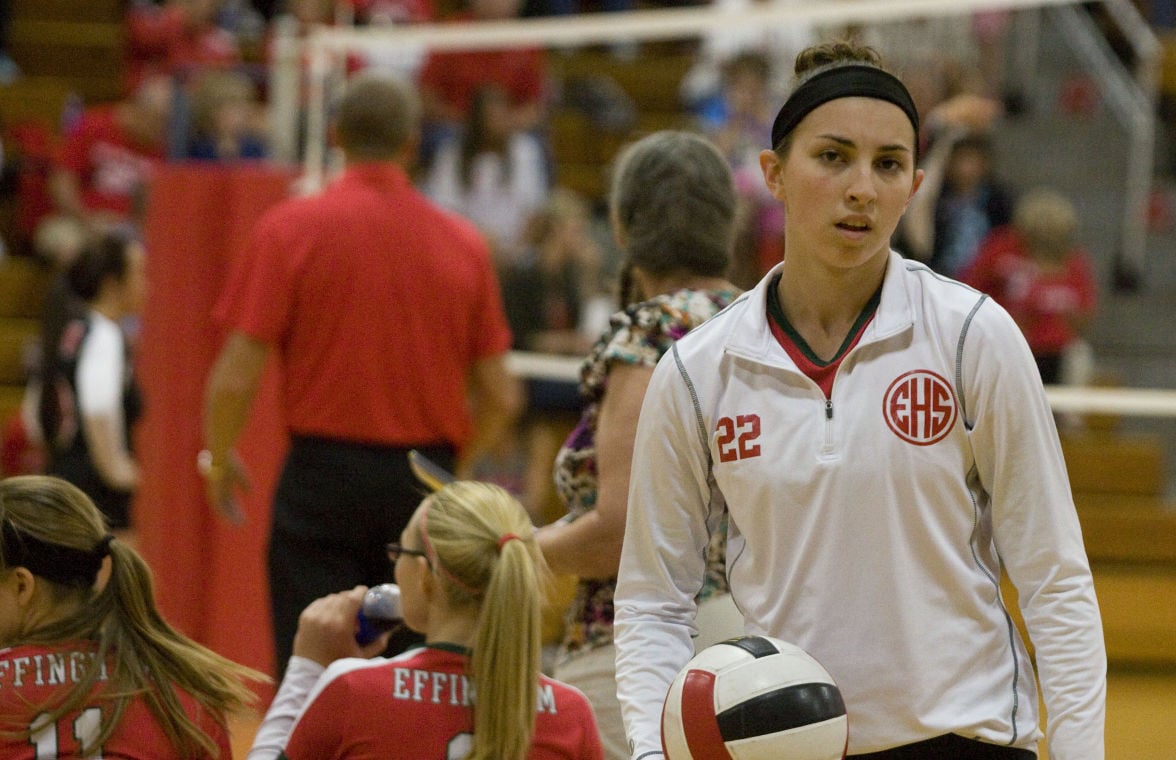 Sidney Webster has stepped into the setter's role and shown talent -- including a 21-assist game -- that's helped the Hearts this season. 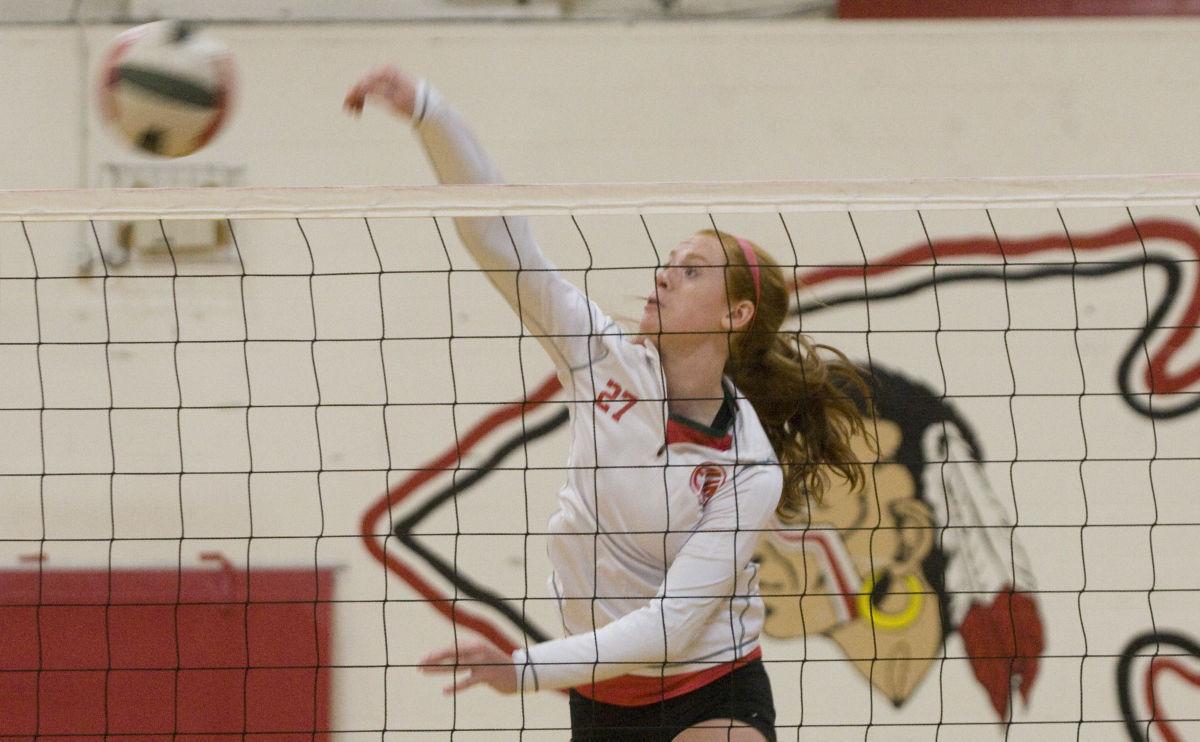 Effingham had to revamp its setter spot to feed Hearts hitters like Chandler Ramey. 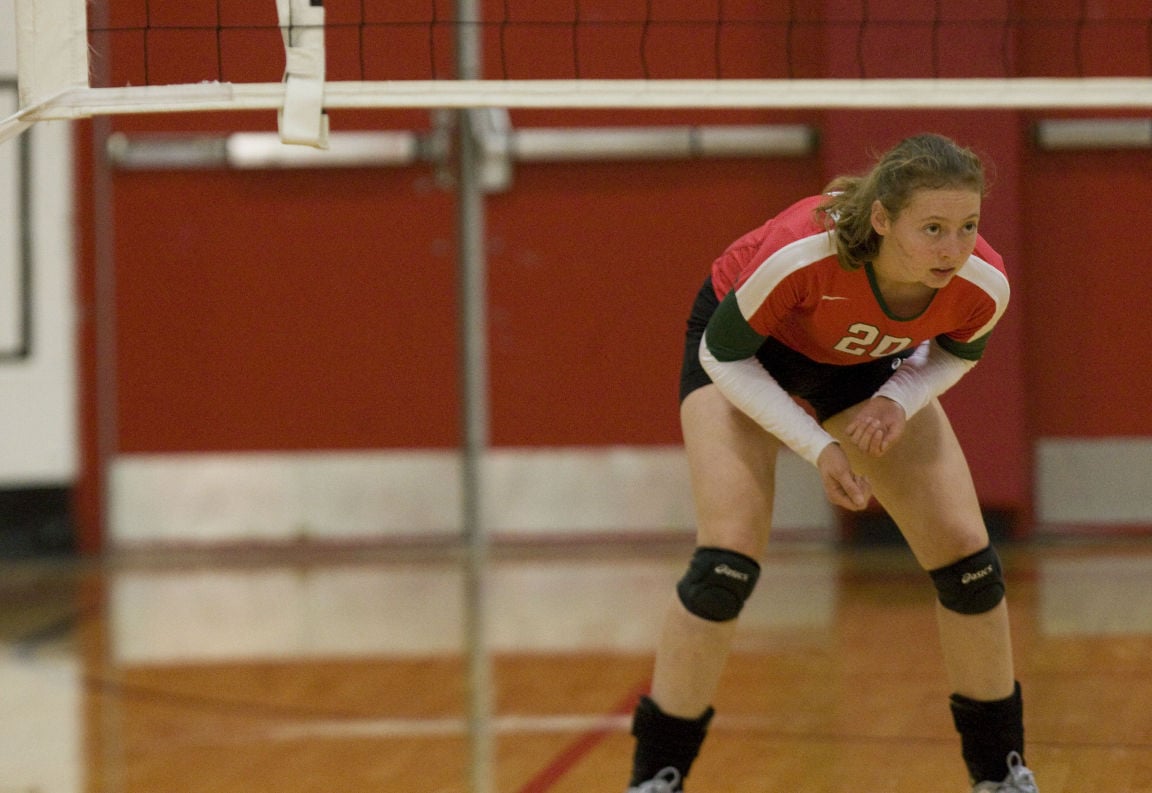 Hannah Pike (above) and Webster have been the catalysts in powering the Hearts' offense. 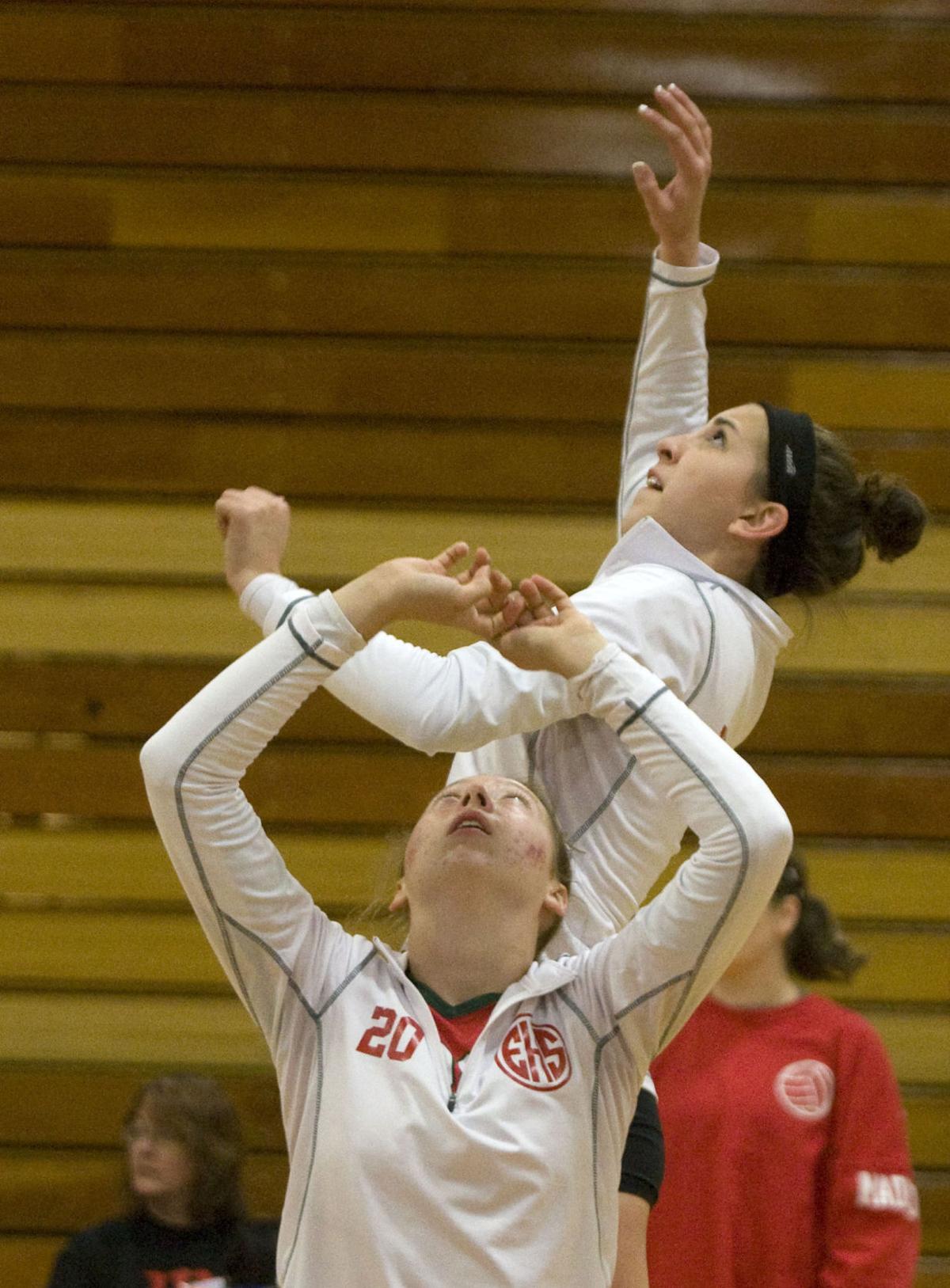 MOUNT ZION – Chandler Ramey grimaced thinking about it and then broke into a smile.

“Yeah, that would be really difficult,” she said last Thursday. “I'd hate to be in their shoes with the three hitters they've got like us.

“We're pretty hard on them. But I think it's good that we're kind of tough.”

Ramey was referring to Sidney Webster and Hannah Pike, two of her junior teammates who were called on this summer to replace the highest volume setter in the area -- departed senior Felicia Totten.

Until mid-summer, Webster and Pike had never set a ball in their lives.

Webster and Pike have been outside hitters for as long as they've played volleyball, but the Hearts had a crater of a hole in the setter's spot and already three senior hitters.

“We were missing a setter at a tournament (this summer) and (coach Mindy Boswell) had us all line up and set balls, and she just chose me to step up and lead the team,” Webster said.

“I guess she really liked how it worked out.”

Webster had nine assists against Mount Zion last Thursday and Pike six, which shows how they have tag-teamed the role this season. Webster is prone to big numbers more often, like 21 assists to Pike's six against Mattoon on Sept. 22, but it's usually about even. Pike had 50 assists and Webster 47 over five games at the Mount Pulaski Fall Festival tournament Sept. 19.

They still get a few kills whenever they get outside in the rotation, but that's not a priority anymore.

Boswell had to teach them a different way of thinking and playing this summer.

“It's tough being a junior trying to set when you've been a hitter all your life,” Boswell said. “But I think they've done a really nice job. They work hard, they listen and they just want to win.

“They're athletic enough that they've picked it up.”

Webster knows there's no replacing Totten, though. She had such a command of the flow of the game. For senior hitters like Ramey and Shelby Nunamaker, she was their setter for at least two years.

So this season's experiment has had its ups and downs for Effingham (8-9, 3-1 Apollo Conference).

“From the hitters' standpoint, they've played with Felicia for so long that they were comfortable with that,” Boswell said. “But good hitters will adjust to anything.”

And Ramey is undoubtedly a good hitter. She had a game-high 12 kills against Mount Zion.

“I love Felicia – she's one of my best friends,” Ramey said. “It's been a little bit of a challenge, but they've put in the hard work at practice.

“We're still getting in the groove of things. It's coming together.”

When Ramey, Nunamaker and Jennifer Fred graduate this year, the Hearts will be looking for hitters. Webster and Pike are playing everywhere right now, creating a versatility that allows them to be readily available if Boswell asks them to make a position change again.

At least in that case they'd return to a place they've played.

But Webster is taking a liking to her new leadership role.

“It's been hard, but I'm really liking it,” Webster said. “I really like playing right side, too, front row and hitting because I like the thrill of hitting.

“The setter's pretty much the leader. I really enjoy it.”

Sidney Webster has stepped into the setter's role and shown talent -- including a 21-assist game -- that's helped the Hearts this season.

Effingham had to revamp its setter spot to feed Hearts hitters like Chandler Ramey.

Hannah Pike (above) and Webster have been the catalysts in powering the Hearts' offense.