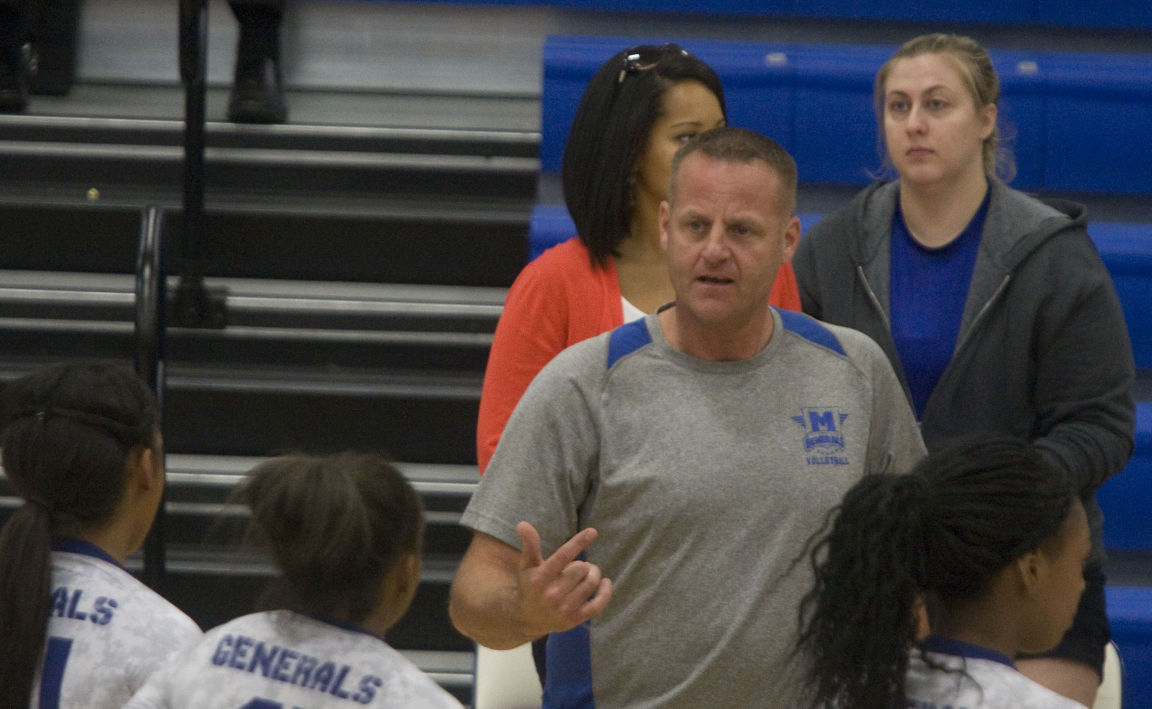 Brad Dalton is in his first year coaching MacArthur, coming from Champaign St. Thomas More to help turn around the Generals program. 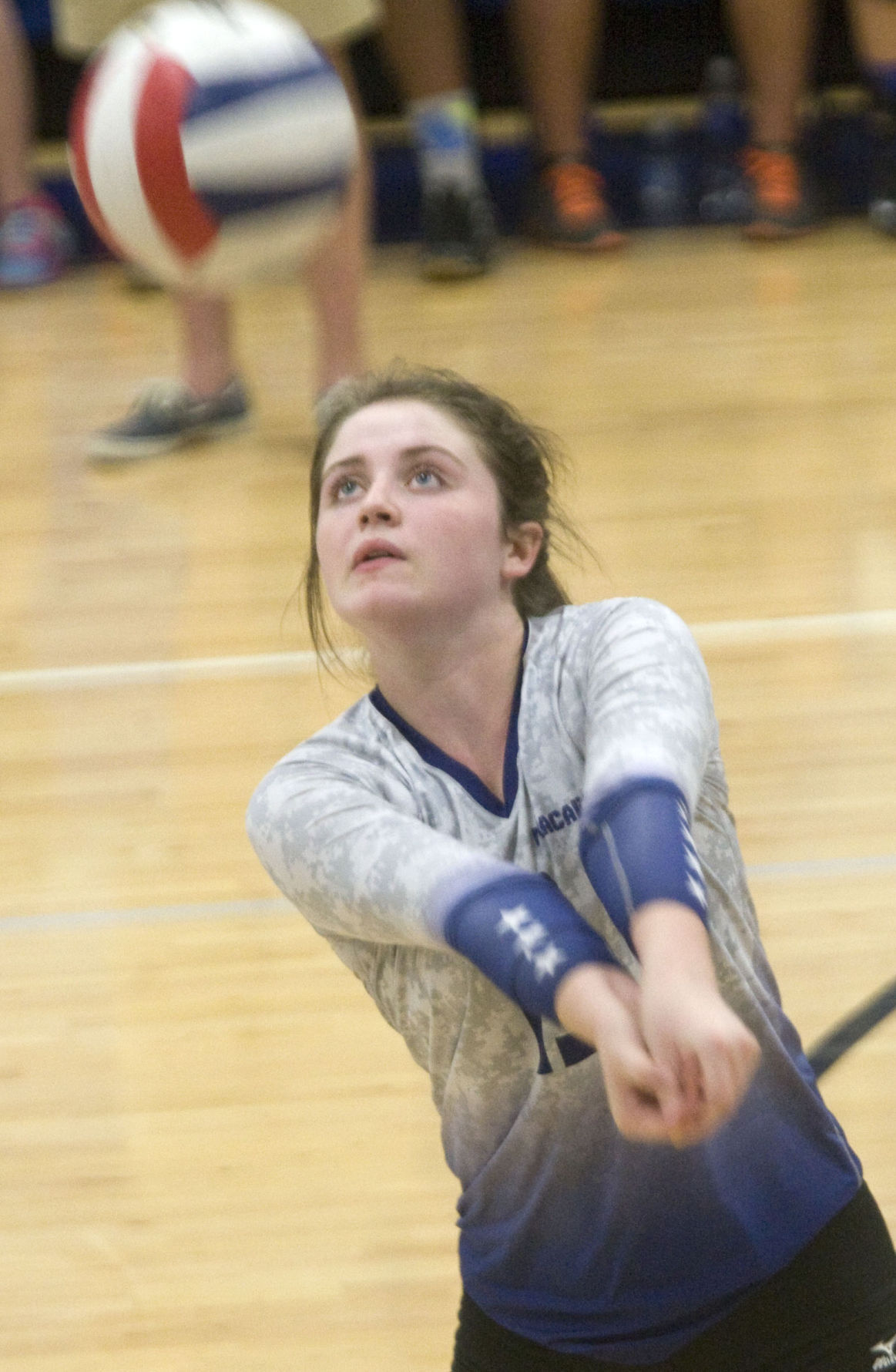 Madalyn Mann is one of few MacArthur players who have come up through the club system. 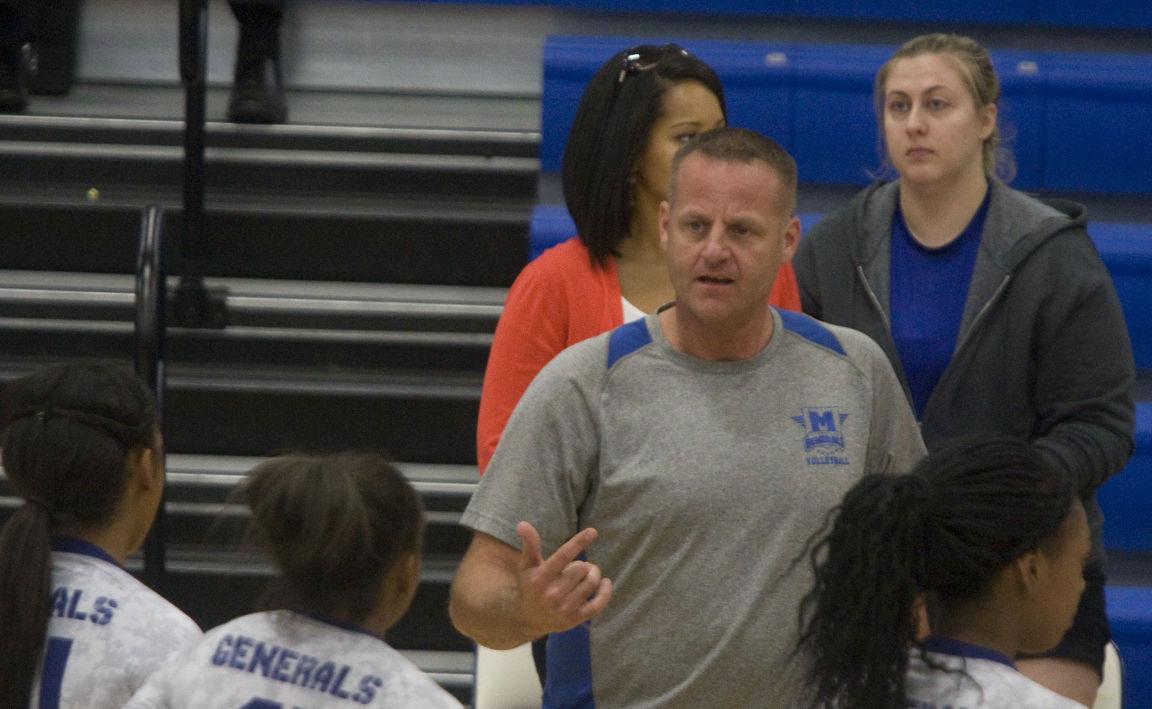 Decatur School District superintendent Lisa Taylor said the improvements being made in the district's volleyball programs are just part of an overall emphasis on athletics that began before she became superintendent.

Taylor was a big part of setting that goal, reasoning that quality athletic teams not only benefit the participants, they raise overall school spirit and improve public perception.

But Taylor has a connection to the volleyball program. She's a former coach, and her daughter Madalyn Mann is a senior on the MacArthur volleyball team. She also remembers a time Eisenhower volleyball was a powerhouse -- the Panthers won 15 regional titles and two sectionals between 1982 and 2001, but none since. MacArthur has never won a regional.

So when both the Eisenhower and MacArthur volleyball coaching positions came open, Taylor decided to push for the candidacy of a coach who already worked in the building.

It was Mann's participation in the Peak Performance club volleyball team that led Taylor to see Drew Robertson -- a longtime business teacher at Eisenhower -- coach. Robertson had been coaching Tri-County the last six years, and also coached with Peak Performance.

"The first year she played for Peak Performance, we walked in and it was, 'Hey, I know him,' " Taylor said. "The volleyball teams at Eisenhower and MacArthur have had a lot of changeover, between teachers leaving or whoever we could talk into doing it leaving. When I saw him I thought, 'Hey, wouldn't it be easier to coach where you teach?' "

Taylor leaned on Eisenhower athletic director Greg Collingwood to convince Robertson to apply for the job, which he did.

"The timing was finally right for him," Taylor said. "But Maddie was upset he wasn't going to be coaching MacArthur."

But soon the MacArthur job came open, and Robertson began talking to Peak Performance director Brad Dalton about taking the job. Dalton was the coach at Champaign St. Thomas More.

"I left a sweet squad," he said. "They're going to go to state before they're done – they're that good."

Dalton was hired as a full-time teacher in the district and jumped at the chance to work with Robertson at building a school district's volleyball program from the ground up.

What Dalton and Robertson found was a program that had athletes, but very few with any experience playing volleyball.

"I've taught a lot of volleyball just in the month-and-a-half I've had them," Dalton said. "It takes awhile to sink in. They have to have the repetitions in the game.

"And it's one thing to come in and teach skills, but it's another thing when you're having to explain concepts. We haven't even really worked on offense yet – just defense and ball control. I started to and the girls looked at me like, 'What?' "

"But I knew the situation. That's why they brought me here."

The fix won't be easy. MacArthur and Eisenhower coaches have lamented for years the lack of Decatur girls playing club volleyball.

Dalton said he understands club volleyball isn't an easy sell, especially in a community with a high poverty level.

"Right now, someone is going to say, 'Why am I going to pay you to coach her in the winter when you're already coaching her in the fall?'" Dalton said. "The reason is because club gets you a chance to play against better competition. That's how you get better."

Dalton said he believes the key is growing a love for the sport at a young age. He wants to start a program for third-through-sixth-graders.

"That's the only way it's going to work – they have to get started at a younger age," Dalton said. "We have girls with the ability. It's the passion for the game they're missing. When you play club, each one of those kids has a passion for the game and wants to go on to play in college. The interest level here for volleyball just isn't very high."

"That's why you have to start them young – get them passionate about the sport early and get them having success."

Taylor said Robertson and Dalton have already begun working closely with middle school coaches on program continuity, and a grade school program is in the works.

"It comes down to fundamental skills," Taylor said. "When kids get into middle school, it shouldn't be the first time they're seeing a volleyball.

Taylor said community involvement will also be a key in improving volleyball interest and skills.

MOUNT ZION -- The Mount Zion volleyball team looked like an undefeated team in a 25-10, 25-11 win against Salem on Tuesday.

SHELBYVILLE – Maybe they reached the point they were sure the match was theirs. Maybe they really thought the third set only went to 15.

Brad Dalton is in his first year coaching MacArthur, coming from Champaign St. Thomas More to help turn around the Generals program.

Madalyn Mann is one of few MacArthur players who have come up through the club system.