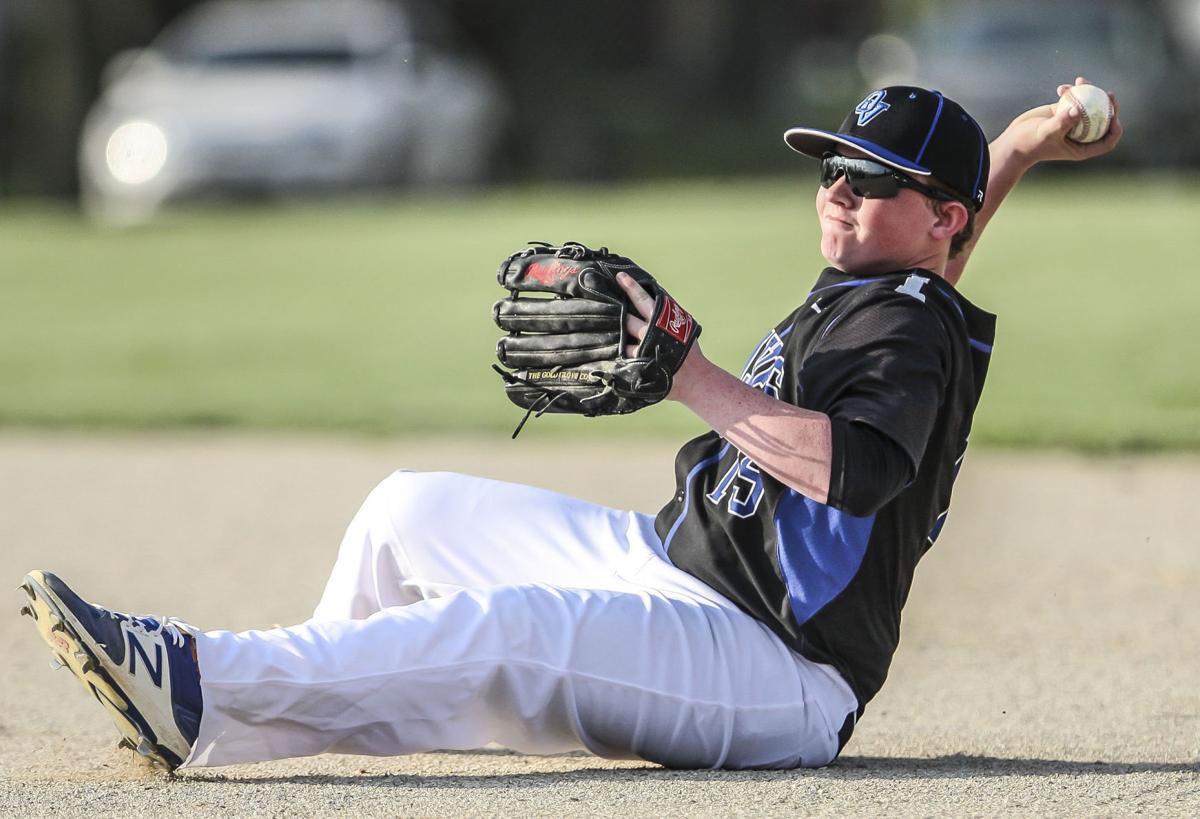 Sam Hagerman throws to first base vs LSA during Okaw Valley's game on Wednesday. Okaw Valley won the game 8-5. Online gallery at www.herald-review.com/gallery 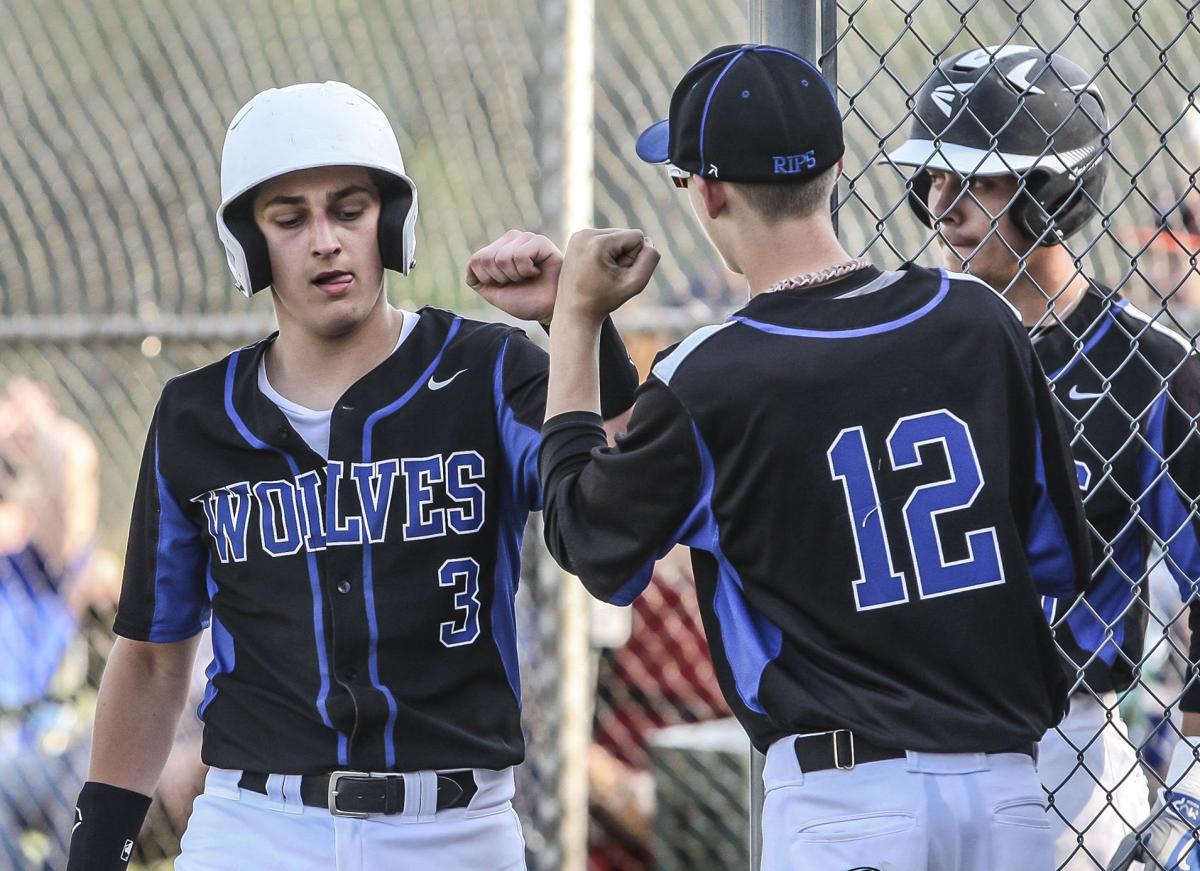 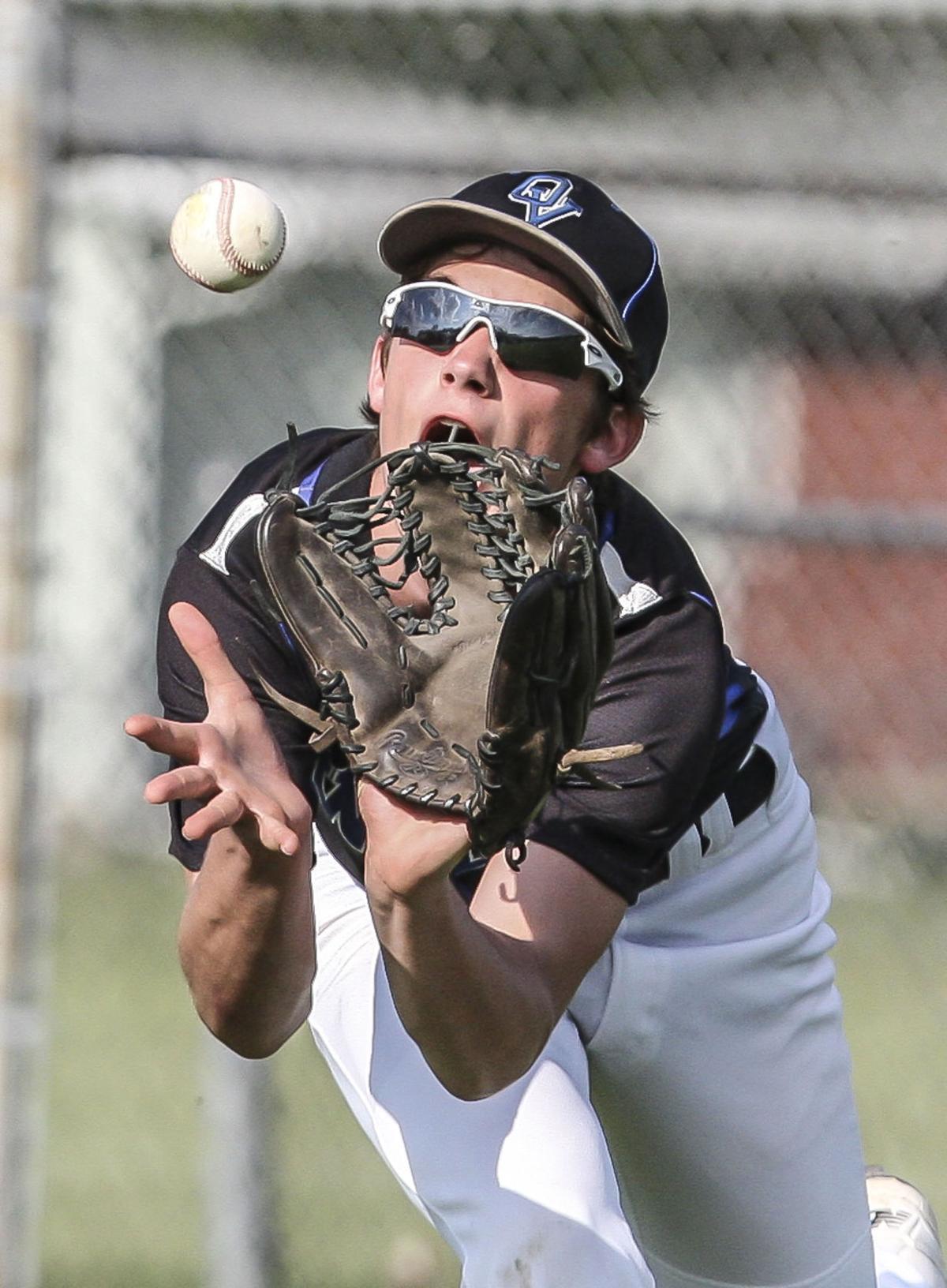 Connor Cloyd tracks down a fly ball during Wednesday's game with LSA. 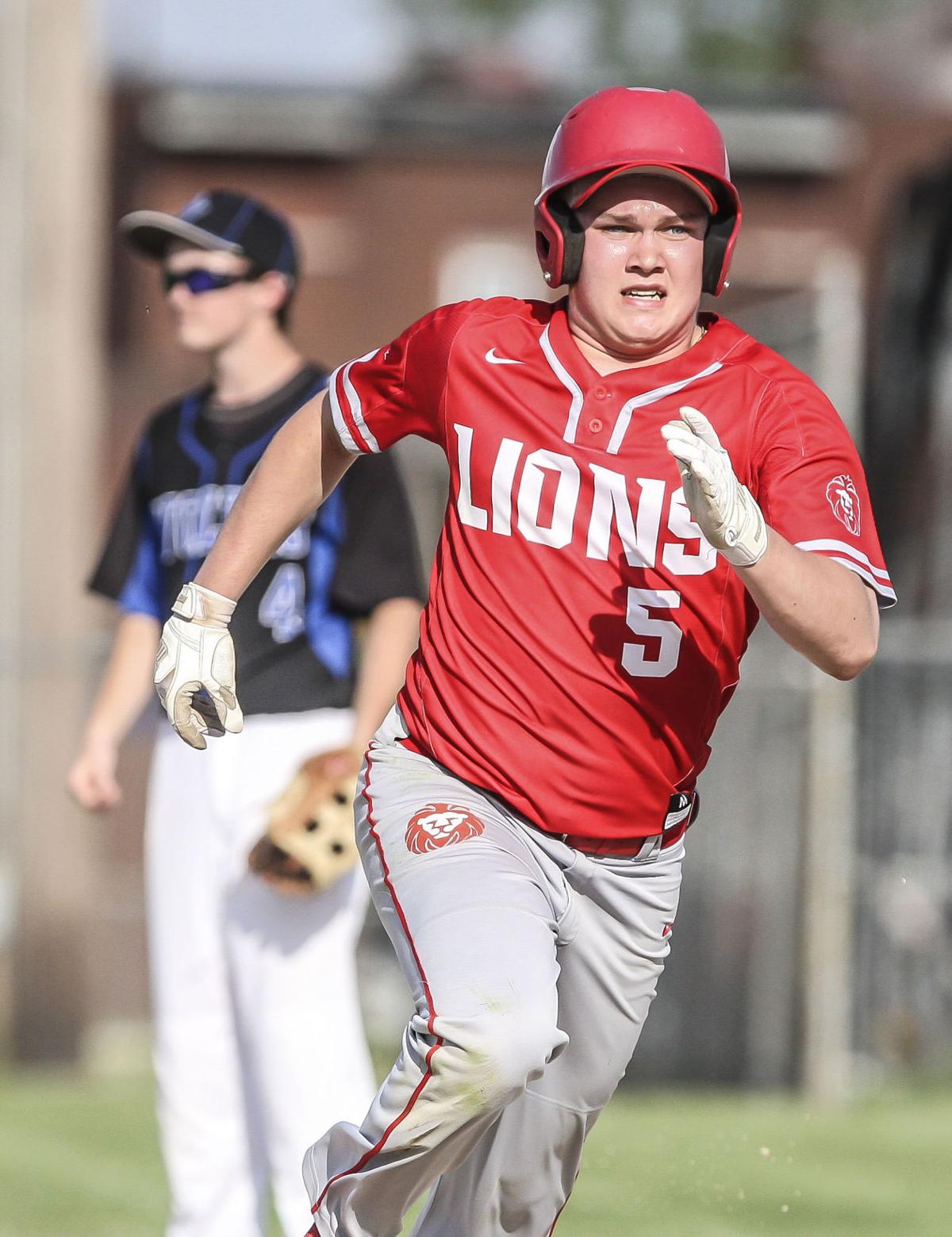 BETHANY -- Even with the mound adding a few inches, Austin Harshman doesn't tower over the field.

The Okaw Valley lefty doesn't bring a ton of heat either, and coach Andrew Hagerman has seen the doubtful looks of opponents when he brings Harshman in.

"Austin, a couple times this year, has gone out to pitch and the other team got the drift that we were out of pitching or we were saving our guys for conference play or something," Hagerman said. "But he doesn't lose."

Add a third tally to the win column. Harshman shut down LSA for the final four innings Wednesday to give Okaw Valley the 8-5 victory.

And if that wasn't enough, he smacked the go-ahead runs in the fifth to power the offense, too. With runners on first and second and two outs, Harshman let loose and fired a worm-burner that scooted past Briley Housh and made it all the way to the fence.

"Isn't he something?" Hagerman said.

"He shut out Shelbyville on Saturday, he's a tremendous left fielder and he got the biggest hit in the game. He's not the biggest guy to look at, but he's probably got the best baseball instincts of anyone I've coached, at least for the outfield. He just knows exactly where to go."

On a day where the strike zone was a little tight, Harshman didn't come close to walking anyone. He went through the minimum through the first three innings -- with a little help from Taylor Coleman -- and kept LSA guessing.

"Offspeed, I live off the offspeed," Harshman said.

"He's the perfect example of you do not have to throw hard to be successful," LSA coach Erik Johansen said. "Make things move, miss barrels of bats. That's what he does.

"Until you see it from the batter's box, on deck, you can't really see all that movement."

Coleman gave him a run for player of the game. With Hagerman relegating an injured Garrett Fritz to first base, Coleman provided a show behind the plate. He threw out a baserunner at second and later corralled a passed ball and easily nabbed a runner trying to take third.

And on Harshman's first batter of the day, Coleman came through in the nick of time.

"They popped it up and I heard somebody yell 'Out,' so I thought it was over the backstop," he said. "So I was standing there waiting for the guy to throw the ball back to Austin.

"But Austin comes sprinting toward home plate, and it's, 'Uh oh, what's going on?' He's pointing up and I rip off my mask and I saw it at the very last second. Caught it with a basket slide and almost ate fence."

The senior punched two doubles to left field while drawing a couple of walks as well, raising his on base percentage to .597 on the season.

"I've had years where I've barely had one catcher and I had three really good ones," Hagerman said, adding Tanner Coleman to the trio of quality backstops.

LSA stayed right with Okaw Valley for much of the game. Ezra Schaal was steady besides getting nicked up in the third inning, and LSA's bats were able to make contact throughout the afternoon -- Schaal more than anyone, as he went 3-for-4 with an RBI double.

"You know, we felt like today was one of those measuring sticks of can we play with the best in the area?" Johansen said. "They're well-coached, everybody knows their role.

"And it's, can we play with the big boys? And I think coming away overall, yeah, we can. It really showed today our depth that we haven't had previously."

If you're looking for a most improved player this baseball season, Sam Hagerman is certainly in consideration.

After playing sporadically last year, the sophomore has been the most reliable bat for the Wolves not named Garrett Fritz. He's batting .521 with a whopping .647 on-base percentage.

On Wednesday, he sent a single to right before drawing a walk. He scored both times.

"He's wanted to contribute at varsity level sports his whole life. He watched his brother do it and he's finally got a chance now and he's really, really showing that he's got a lot of fire," said coach and dad Andrew Hagerman.

"He's not much to look at, he's like Harshman. But what he doesn't have in stature, he has in being a gamer. He's a guy we want at the plate."

I agree with the pitch count rule, but it certainly affects pitchers in different ways.

Ezra Schaal looked almost as solid around pitch 105 as he was on pitch 1. The LSA lefty worked through the order, but he doesn't labor like a lot of other pitchers do in later innings.

"I think he might even get a little bit better, truthfully," Johansen said. "When he's really locked in, he makes his pitches.

"He starts to work that change-up in. I think it takes him a little bit to feel out those secondary pitches."

His biggest enemy might have been himself. He gave up eight walks.

Hagerman said Fritz's injury wasn't anything serious. The junior may not be behind the plate, but he's still carrying a .558 batting average for the season.

"Garrett tweaked his arm about a week ago, so we're being careful with him right now," he said. "So he's getting to play the rocking chair over at first."

Okaw Valley third baseman Trey Yarnell made a great backhanded stick with the glove and just as good of a throw to end to first inning.

In the middle of an interview where Taylor Coleman spends much of it getting jabs in at Tanner Coleman, his eyes light up.

BETHANY -- Tread lightly when trying to figure out who the best table tennis player at Okaw Valley is.

CHARLESTON -- April's been a great month for Effingham St. Anthony.

Before the start of the season, Erik Johansen brought in his four seniors and his assistants, looking for what the expectations would be for LSA.

Sam Hagerman throws to first base vs LSA during Okaw Valley's game on Wednesday. Okaw Valley won the game 8-5. Online gallery at www.herald-review.com/gallery

Connor Cloyd tracks down a fly ball during Wednesday's game with LSA.