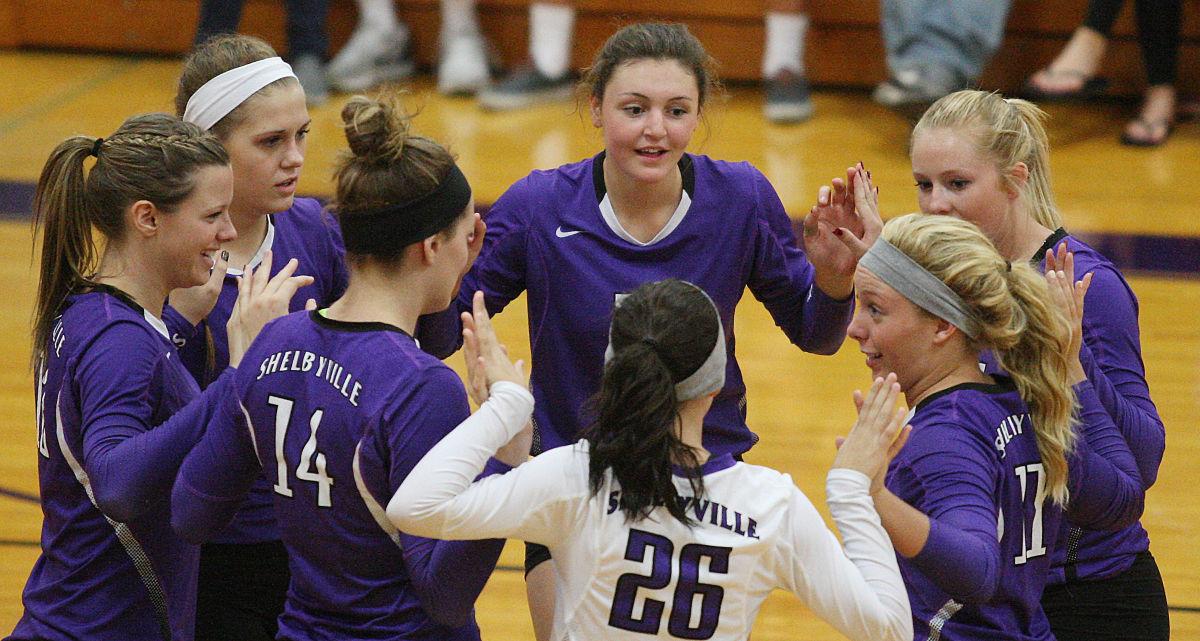 Shelbyville has roared out to a perfect start to the season, and it's because of the balance and depth the Rams bring to the court. 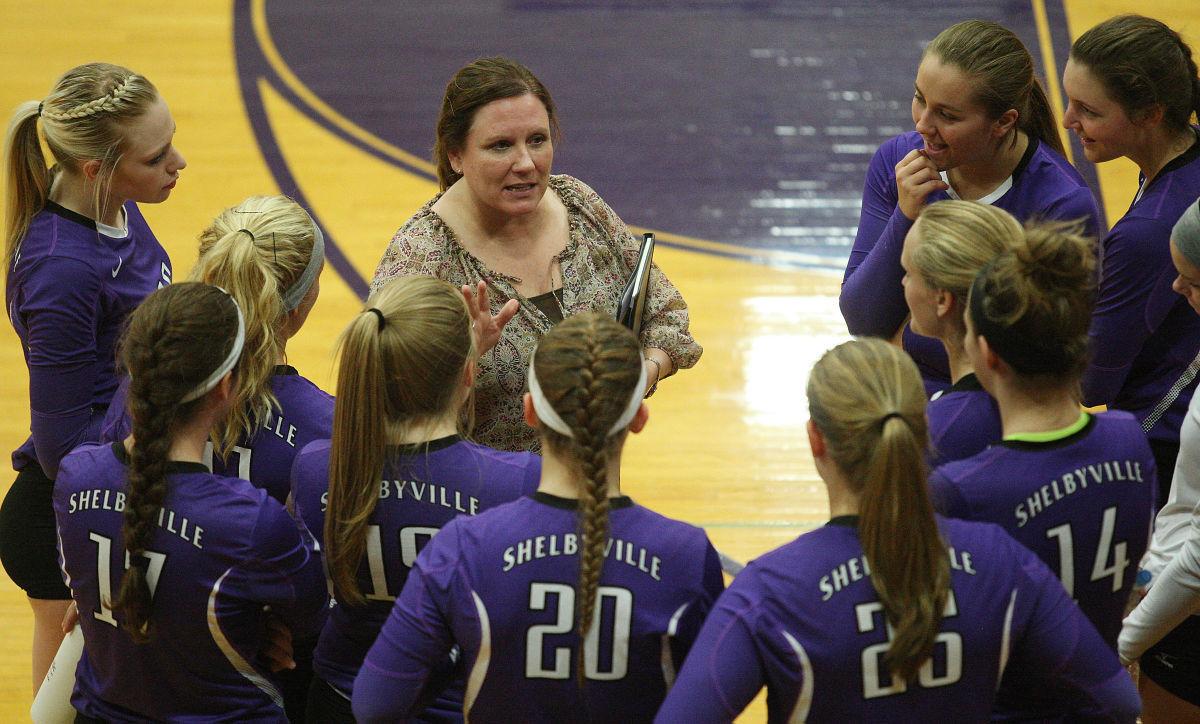 Shelbyville's Lisa Peifer has five sectional titles in her 19 years of coaching. 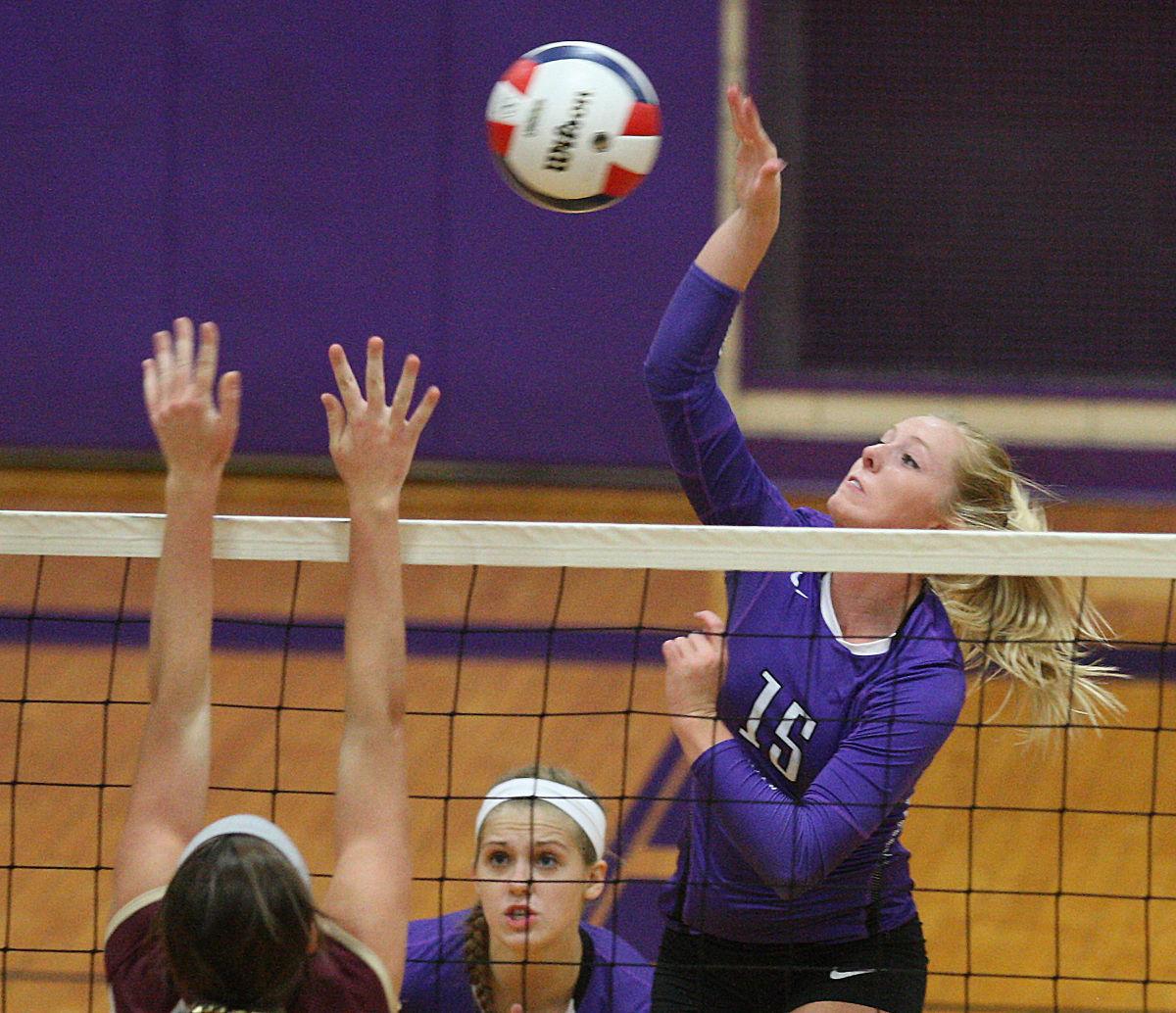 Shelbyville junior Sydney Miller goes up for the kill. Miller is third on the team in kills. 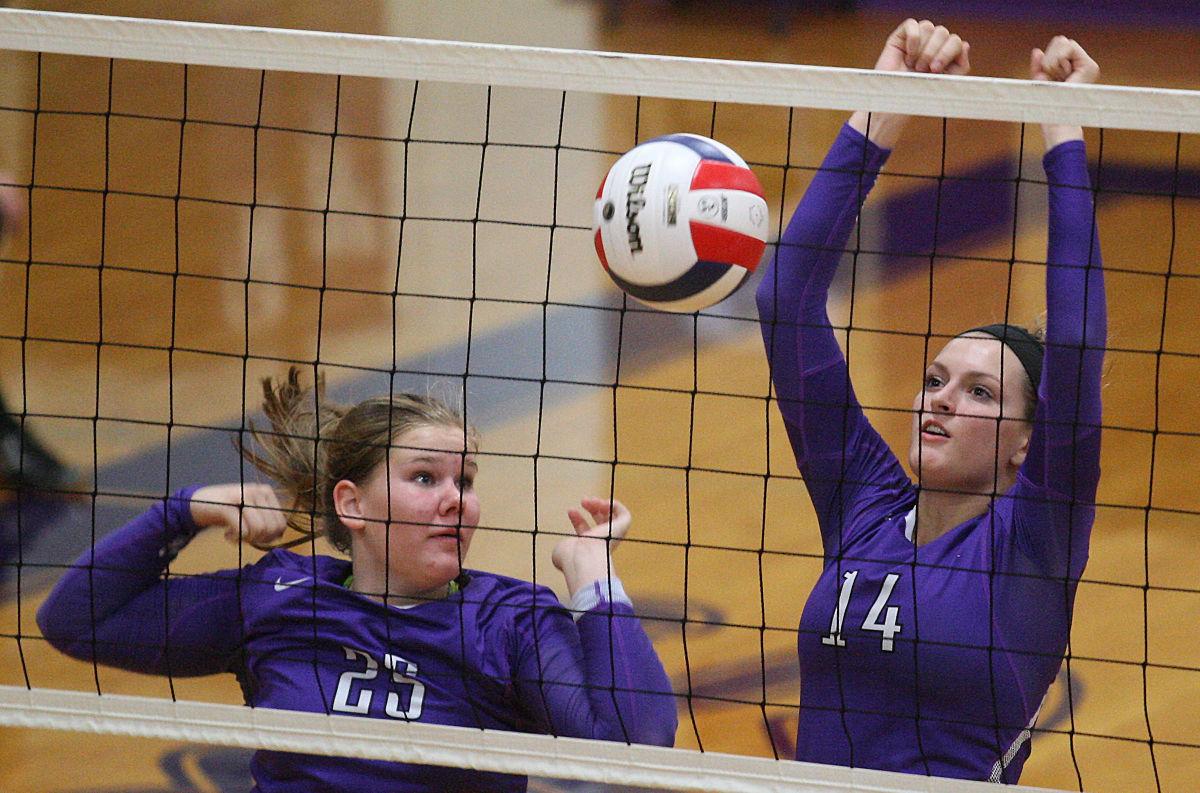 Kary Langan, left, and Ryann Ambrose, right, have been two of Shelbyville's better blockers this season.

Thinking about an undefeated record 20 games into the season wasn't exactly what Shelbyville setter Courtney Williams envisioned at the season's start.

"I probably would have laughed," she said.

For the Rams volleyball team, a team that's had seven straight years of 20-plus wins, 2015 is looking like something special. Shelbyville's passed every test so far and sitting at a perfect 20-0.

With a combination of strong junior and senior classes, the Rams bring in a ton of experience and depth that's hard to match up against. There are four three-year starters in Williams, Claudia Watson, Courtney Williams and Ryann Ambrose, and it's made for a balanced effort.

"This is probably the most even team that we've ever had," said coach Lisa Peifer, who's now in her 19th year with the Rams. "We don't have that one go-to person, like last year it was Madison Boone. We knew we were going to her and so did everybody else.

"But I think this is the first time that we've actually had six kids that can truly put the ball to the floor, and we have great passing and defense that's really stepping up."

Boone had a quarter of the team's attempts last year and finished with 271 kills. This year, Shelbyville's opened up their attack as six different players have at least 100 attempts. There isn't even a kill leader for the Rams -- Watson and Ambrose are tied with 103.

While it helps having hitters that know what to do, having an experienced setter that knows how to involve multiple girls in the offense is key. The Rams have two in Williams and Caylee Wheeler.

With the number of decisions both have to quickly make during the course of the game, Peifer said it's been rare where she's second-guessed them.

"I've never really thought, 'Ugh, that was not a very good choice,' " Peifer said. "And that's happened a lot in past. Sometimes, it's 'Ugh, what were we thinking?' But those two have really increased their volleyball IQ, which is awesome for us."

And instead of being burdened with deciding where to go, Williams said it's been freeing to know she can rely on her whole front row.

"It makes it less stressful in deciding who to set because you can go anywhere with it," she said.

The multi-pronged offense has kept everyone engaged, and it's made life easy for those at the net.

"Last year, we had Madison Boone and we'd always set the ball to Madison so the block always knew, go to Madison," Holland said. "This year we have a lot of balance and so they never know where the ball's going to go."

It resulted in taking down teams like Windsor/Stew-Stras, Edwards County, Newton and Mattoon -- the first time this group has beaten the Wave in high school.

Like Williams said, the team thought they'd be good. But losing Boone and two other seniors last year was a sizeable hit. It wasn't until the summer where Peifer saw the team believe in themselves, and it wasn't until Mattoon where Williams knew for sure.

"This summer, we had a couple of talks about that," Peifer said. "We were playing and let a few matches get away from us, and the kids were a little surprised they were able to compete with those teams like Plains.

"They're like, Pleasant Plains is good. And I'm like, well, we could probably beat them, what does that tell you? I think probably that was the big thing for us was to have them buy in. I think they're starting to believe it."

Peifer started to see those pieces align when Kary Langan smoothly transitioned from middle to right side in her first year of varsity play -- "She was kind of the final piece for us to give us that consistent attack." Then Ambrose took that next step Peifer was looking for before Sydney Miller's come into her own in Boone's old spot.

There's so much to work with on the floor, Shelbyville has the luxury of trying out new tricks.

"This year, we have so many options that at practices on special plays, like the middle will go around and hit right side," Holland said. "Because we can all hit the ball, we can run those options. That's pretty cool, and it's fun to work on."

Two weeks are left on the schedule, and two teams in St. Teresa and Central A&M present tough matches.

That'll help propel Shelbyville into the postseason where hopes are high. The Rams have had solid teams in the past, especially with last year's 30-7 team, but they only have one regional title in the past 10 years to show for it.

"I hope we don't let it get into our heads that we're better than everybody else," Holland said. "We should still stay humble about it and keep playing our game."

One of Shelbyville's strengths has been a deep front line to rely on. Here are the Rams' kill leaders:

Shelbyville has roared out to a perfect start to the season, and it's because of the balance and depth the Rams bring to the court.

Shelbyville's Lisa Peifer has five sectional titles in her 19 years of coaching.

Shelbyville junior Sydney Miller goes up for the kill. Miller is third on the team in kills.

Kary Langan, left, and Ryann Ambrose, right, have been two of Shelbyville's better blockers this season.