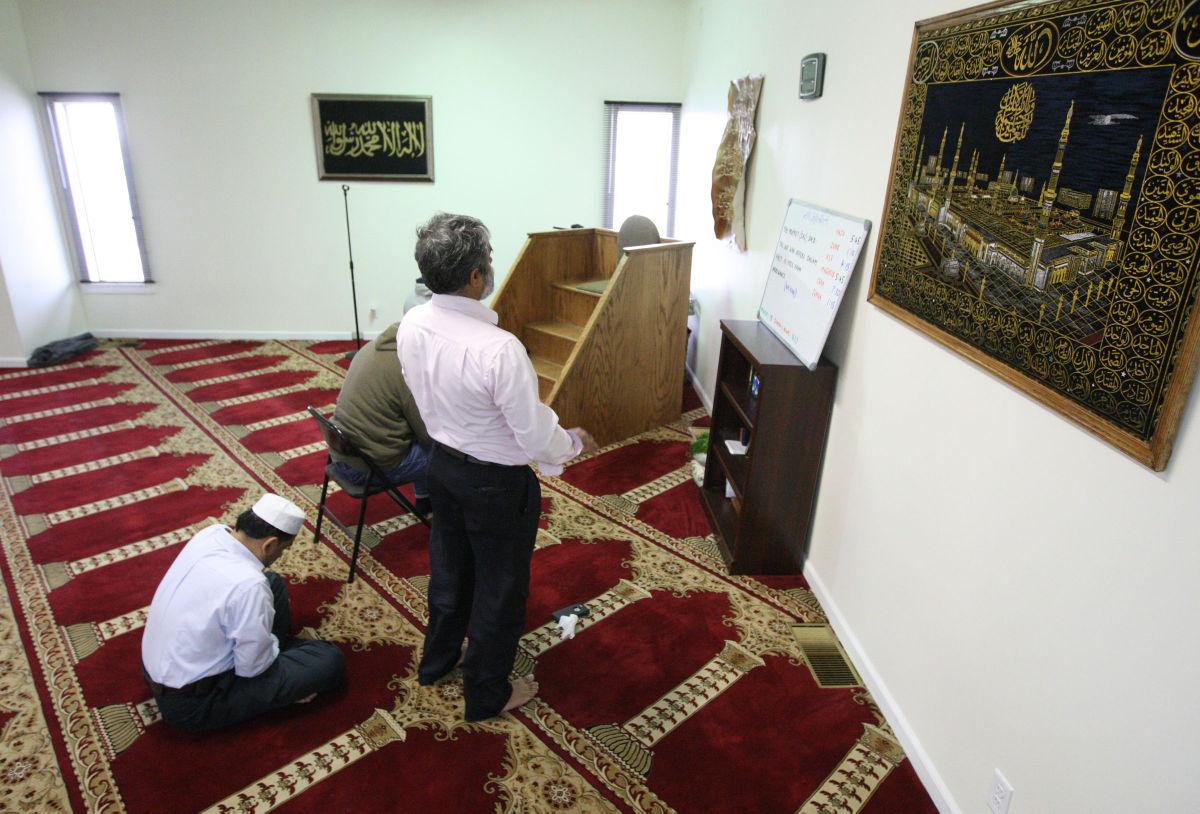 Prayers are offered in the Greater Decatur Islamic Center. 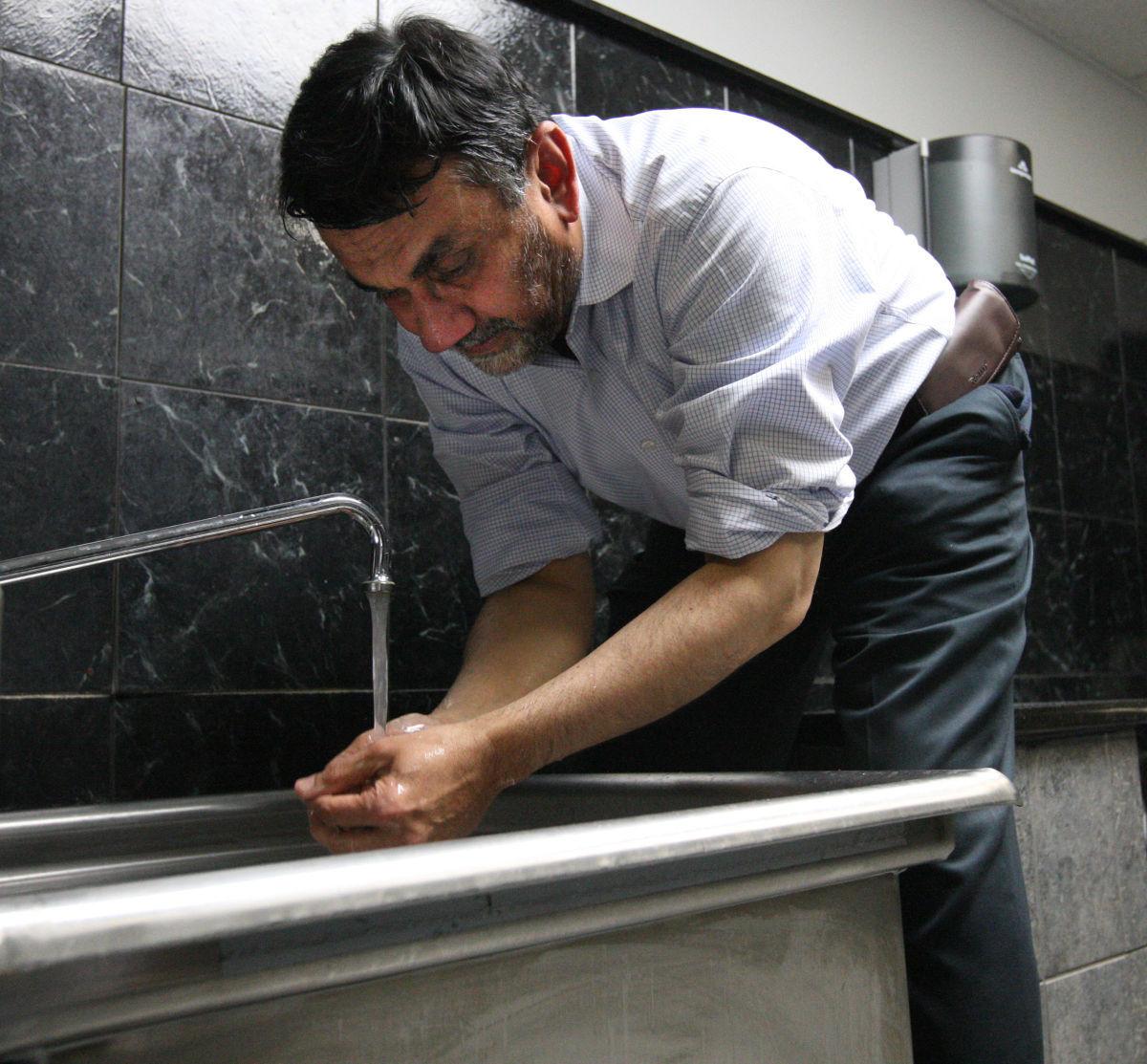 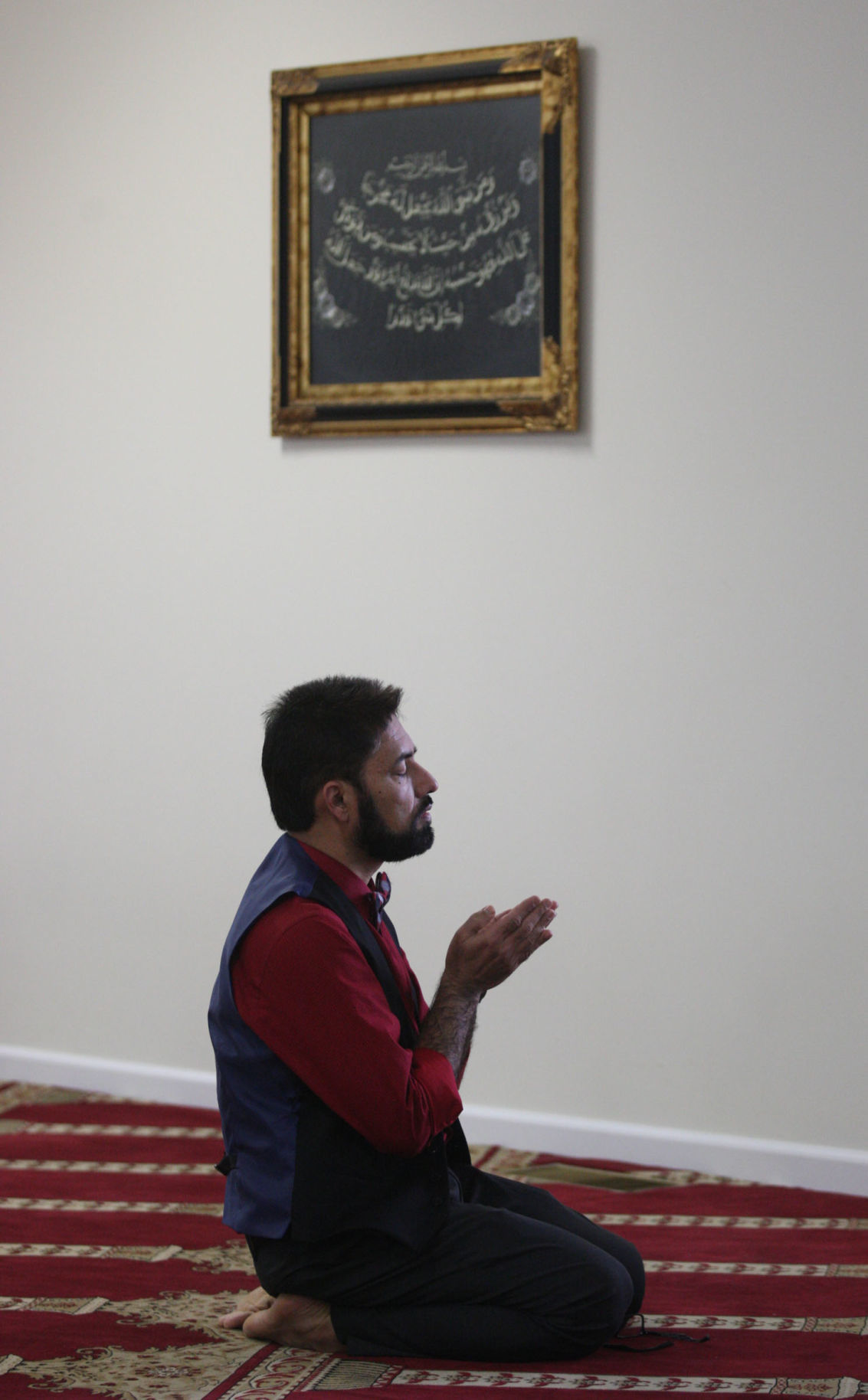 DECATUR – Inas Mahmood of Forsyth, a junior at the University of Illinois, will never forget the sights and sounds she experienced at the Zaatari Refugee Camp near Mafraq, Jordan, as part of a study abroad.

Tens of thousands of Muslims and Christians have settled there, crowded into tents and shanties, to escape Syria's civil war.

“You see these things on TV, but when you're actually there, it's very jarring and emotionally taxing,” Mahmood said. “It makes you realize these people are just like us.”

Helping Syrian refugees is but the latest effort by Decatur's Muslim families to reach out and educate the community about their faith.

First they adopted an easier-to-understand name of the Islamic Center of Greater Decatur when they opened a new mosque on Huston Drive five years ago. Masjid Wali Hasan remains the legal name.

Then they hosted an Islamic Cultural Dialogue in 2014 at Richland Community College attended by about 100 people. From that, the Islamic Center and First Presbyterian Church conducted a worship exchange and shared a meal about a year ago.

Now the two congregations are collaborating on a drive to help Syrian refugees that culminates with a collection on Saturday.

“Given some of the rhetoric in the media, we thought it would be good to demonstrate that Christians and Muslims can work together,” said Jim Rauf, chairman of First Presbyterian's Peacemaking Committee. “It reflects our ongoing interest in ecumenical projects and relationships.”

Dr. Rana Mahmood, a neurologist and president of the mosque, feels much the same and said that some statements made in the presidential campaign have been hateful.

One example was when Republican Donald Trump said in December during the aftermath of a deadly mass shooting in San Bernadino, Calif., by suspected ISIS sympathizers that all Muslims should be barred from entering the United States.

That same month, Mahmood said, the mosque received a telephone call from someone demanding to know if the congregation follows the body of Islamic law in the mistaken belief that Sharia is all about intolerance, violence and making war on the American way of life.

In truth, Mahmood said Sharia may prescribe certain public and private aspects of life for the people of Islam but, much as Jesus Christ taught, it does not supercede the law of the land.

Indeed, Muslims believe in the same God worshipped by Jews and Christians and also in all the prophets of Judaism and Christianity. They simply revere Muhammad as God's most recent messenger and the Quran as the last testament.

Sharia calls for Muslims to pray five times a day, give to charity and follow certain dietary practices such as avoiding pork and fasting during Ramadan.

Mahmood's wife, Farah, said ISIS, or the Islamic State of Iraq and Syria, is actually a deviant political movement that kills more Muslims than Christians and does not represent Islam at all.

“There was a time after the Paris attacks and then San Bernadino when it was really uncomfortable to go outside because people were giving us accusing looks,” she said. “But at the same time, my friends from the community supported me and said they felt so bad about what was happening.

“That's why it's so important for this interfaith dialogue to continue.”

Her husband added: “This mosque is a place of peace and open to everyone, whether they agree with us or not. We cannot change the world, but we can try to make changes where we live.”

WHAT: Collection for refugees of Syria's civil war

ACCEPTING: Sleeping bags, socks, sneakers/walking shoes (may be new or gently used) diapers for all ages (children and adults), women's sanitary napkins, powdered infant formula (no liquids) and dry foods such as rice, beans and pasta (no cans) with expiration dates of June 2017 or later.

MONETARY GIFTS: Checks may be made out Islamic Center of Greater Decatur or First Presbyterian Church and earmarked for the “Syrian Refugee Joint Project.”

DESTINATION: Rahma Relief Foundation in northern Indiana, which will ship to refugee centers in the Middle East and Europe

Event shows softer side of Islam

DECATUR — The lilting Arabic of Sheikh Abouemad of Bloomington’s Masjid Ibrahim filled the room with a prayer unfamiliar to many of his listeners.

From churches to big business and community organizations, a strong chorus of opposition rose up Monday in the wake of President Donald Trump'…

CARMEL, Ind. — An Islamic congregation's plan to build a mosque is facing opposition from residents of nearby upscale neighborhoods in a north…

Prayers are offered in the Greater Decatur Islamic Center.