DECATUR — Heroes can be made right in our own backyard.

On Friday, Dove, Inc. and their Retired and Senior Volunteer Program, or RSVP, and the Senior Companion Program, or SCP, organized a blood drive under the title Meet a Hero, Be a Hero.

The event, set up in the parking lot of the First Evangelical Lutheran Church on West Decatur Street, was designed to encourage the community to donate blood during a time of remembrance.

Blue Mound resident Amy Patient and Roger Troxel from Bloomington swapped stories about their experiences while waiting for donors to stop by on Friday. Both Illinois residents traveled to New York City after the September 11 attacks to provide services needed during the tragic time 20 years ago.

According to Walters, the Dove’s senior programs host an annual Day of Service. Local heroes were invited to this year’s event, including Macon County sheriff’s deputies, Decatur police officers, and representatives from the Decatur Ambulance Service.

“We’re here to thank them for their service as well,” Walters said.

Donors were given the opportunity to give blood and speak with the first responders and volunteers.

Twenty years ago, Troxel was a member of the Associated Fire Fighters of Illinois. As an honor guard, he had a special mission during that time.

“That’s what we do. We train for funerals,” he said.

The New York City ceremonies included bagpipes and drums. The experience encouraged Troxel to learn how to play bagpipes, which he brought to Friday’s blood drive. Throughout the event, he performed for volunteers and donors.

For her work during the 9/11 aftermath, Patient volunteered for the Red Cross handing out money to New York residents surrounding Ground Zero.

“People lost their homes, they lost their places to live, their jobs,” she said.

The Red Cross donations were given for rent, groceries, internet and other utilities. “We made sure they could live comfortably,” Patient said. “We went door to door to make sure their needs were met.”

The area consisted of a 12-mile area that makes up Manhattan, according to Patient.

“It impacted pretty much everybody there,” she said.

Patient also assisted serving meals, organizing a shelter, hosting therapy dog sessions, and planning funerals. People from other countries were also affected by the disaster, including Brazil, Colombia, Chile, China and Argentina. Patient assisted with their families’ care as well.

Throughout the years, the volunteers often attend events similar to Dove’s blood drive ready to talk about their experiences.

The country united after the attacks 20 years ago, according to Patient.

“We didn’t know color, we didn't know politics, we didn’t know one country from another,” she said. “We knew our world hurt. We cared about everybody. Unfortunately that’s what brings us together.”

🔎 FROM THE ARCHIVES: 9/11 historical clippings

NATO allies: Terrorist attacks on U.S. can be considered attack on whole alliance

Watch now: For these Decatur residents, memories of 9/11 are still fresh 20 years later

People who remember 9/11 remember every detail of that day, even 20 years later.

Archer Daniels Midland Co. is assisting with operations and providing temporary housing for displaced colleagues near the Gulf of Mexico after the effects of Hurricane Ida.

How to avoid utility scams

How to avoid utility scams 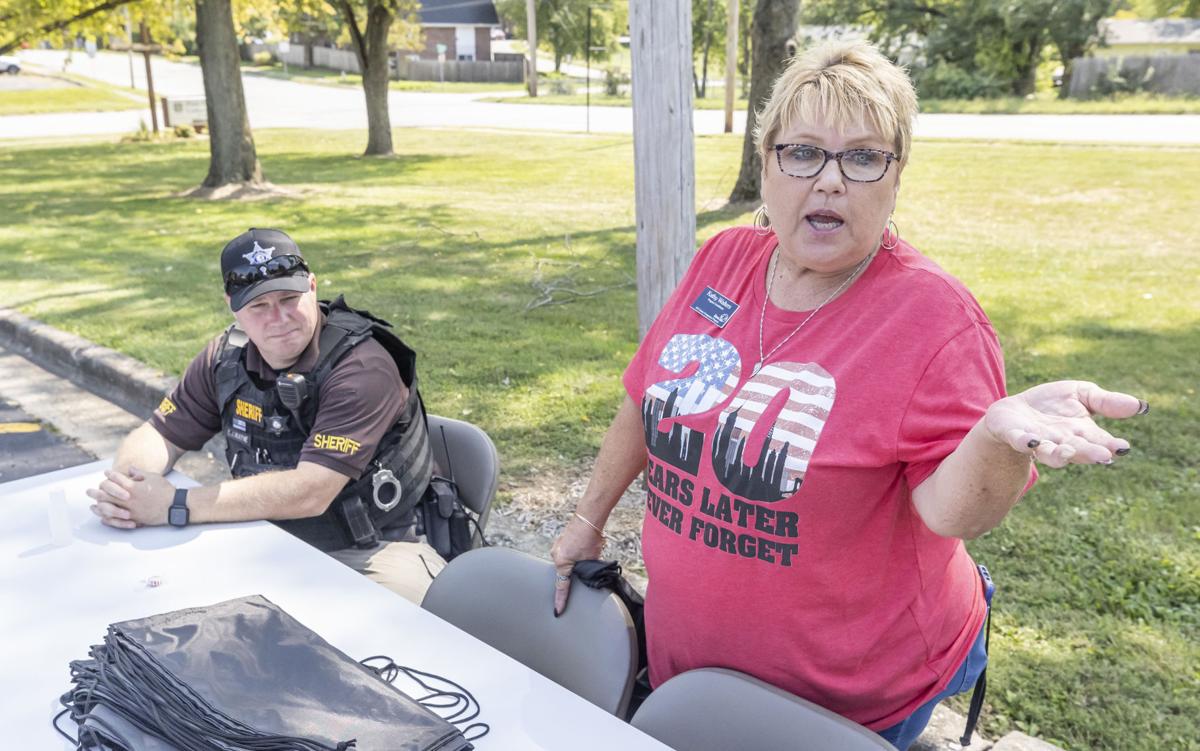 “It’s been 20 years of 9/11,” said Kathy Walters, program coordinator for Dove. With that in mind, Walters organized a blood drive event that also served as an opportunity to honor local residents who helped in New York City after the attacks and local first responders who serve the community every day. 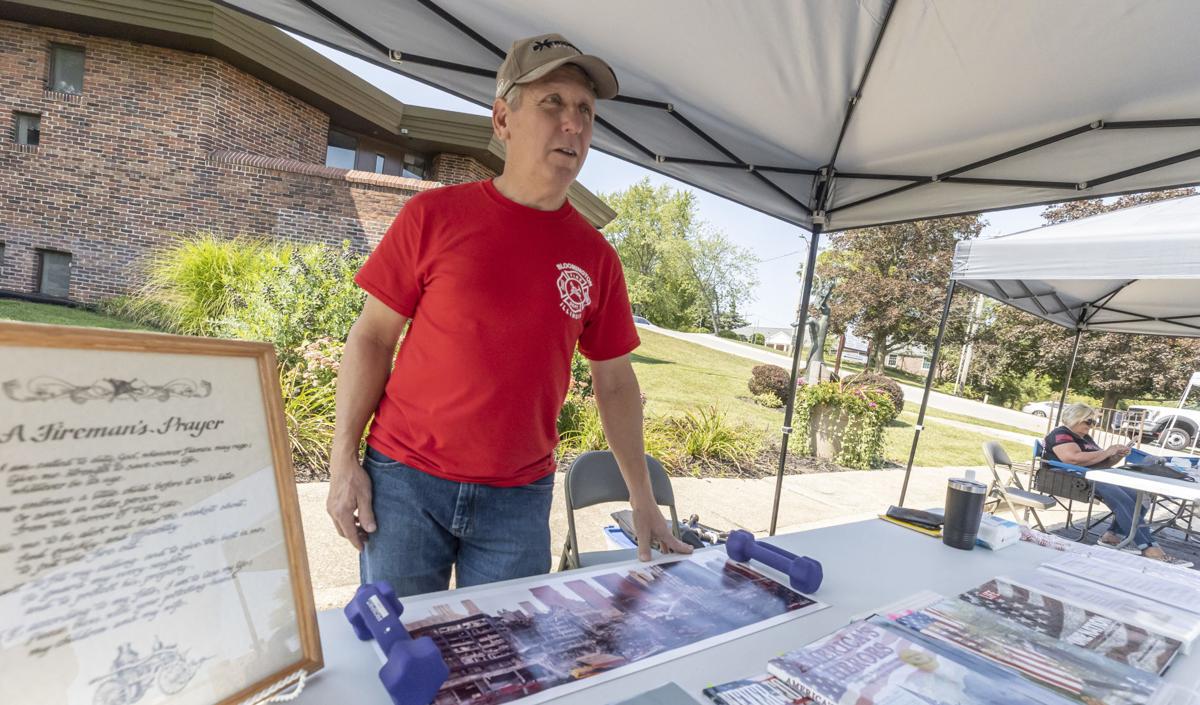 Roger Troxel from Bloomington and Amy Patient of Blue Mound swapped stories about their experiences while waiting for donors to stop by on Friday. Both traveled to New York City after the Sept. 11 attacks to provide services needed during the tragic time 20 years ago. 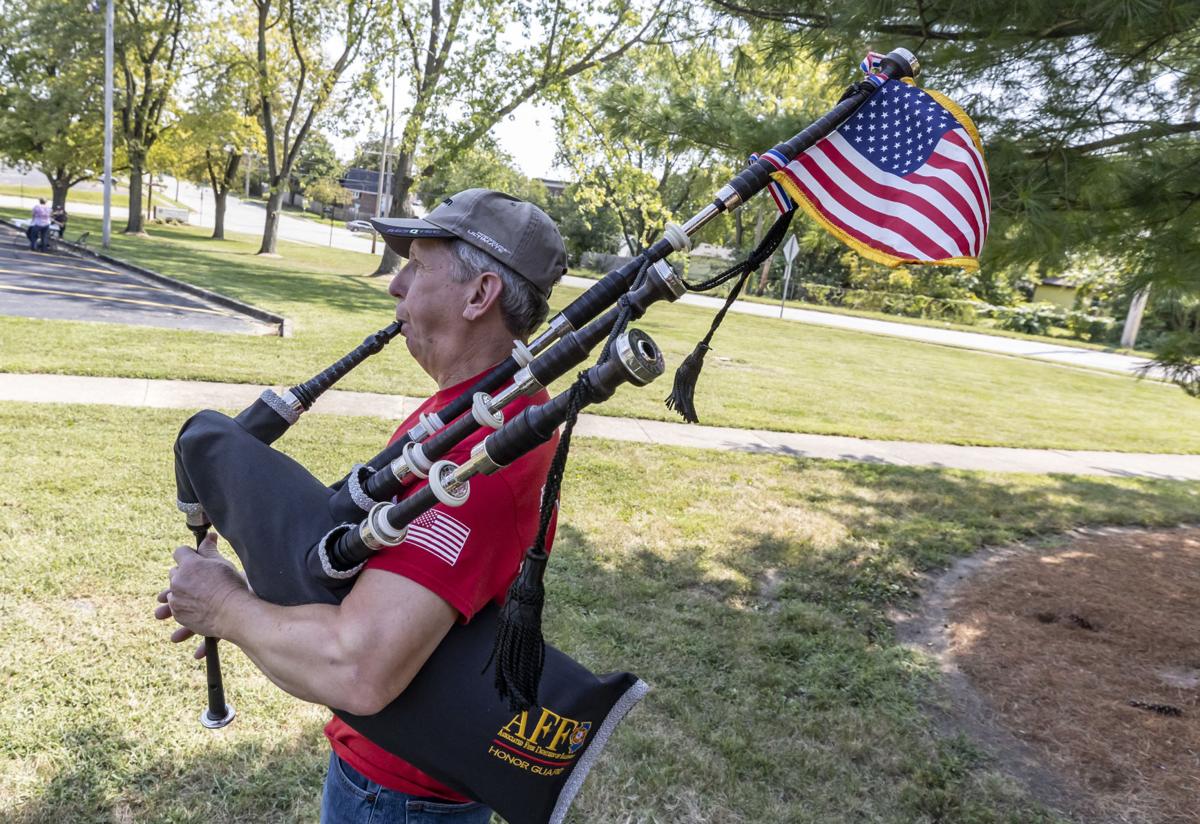