Become a Member
Read Today's E-edition
Share This
Breakfast was bright spot for US restaurant chains; now it's not
0 comments
Share this
{{featured_button_text}}

Companies ranging from Wendy's to McDonald's to Dunkin' invested heavily in the meal, testing out everything from new chicken sandwiches to plant-based options.

Now, with people stuck at home because of the coronavirus pandemic, it's one of the industry's worst-performing segments. McDonald's CEO Chris Kempczinski said during the company's first-quarter analyst call last week that "breakfast is down" compared to other meals.

Similarly, Jose Cil, CEO of Restaurant Brands International, which owns Burger King, Popeyes and Tim Hortons, said during an earnings call last week that breakfast and snacking "have seen a disproportionate decrease, while lunch and dinner have shown more strength."

The decline makes sense: Breakfast is "an easy meal to replace yourself if you're doing your own cooking now," said IHOP president Jay Johns during a recent call discussing the chain's financial results. "If you're only going to order out one time a day," he said, you're more likely to order dinner.

Lower breakfast sales are a problem for the fast food industry, which was struggling to maintain customers and bring in new ones even before the pandemic as more upscale, fast-casual chains like Chipotle and Panera brought in a higher share of diners.

"The loss of breakfast is a heavy blow," said Sara Senatore, a senior research analyst who covers restaurants for Sanford C. Bernstein. "That will have implications for which chains see the biggest decline in their volumes."

Before the pandemic hit, breakfast made up about 25% of McDonald's sales and 40% of its profits, said Senatore.

"Almost every operator has a sizable investment in breakfast," said Peter Saleh, restaurant analyst at BTIG. And "it's probably going to be one of the last" meals to really come back, he said. People are likely to keep whipping up breakfast at home until they resume their normal routines.

Until then, companies will likely have to wait it out. Their best option may be to open their restaurants later in the day to recoup those costs, he said.

The exception may be Wendy's, which made sure people knew it was open for breakfast earlier this year through advertising about the new launch.

In September, Wendy's announced that it was preparing to roll its breakfast menu out nationally. At the time, the company said it planned to hire 20,000 employees and invest $20 million in the project.

Prior to the rollout, Wendy's had only sold breakfast at relatively few of its stores. The new menu officially launched in early March.

It had good reason to expand: At the time, fast food chains were struggling with sluggish traffic. People were generally spending more on each purchase, but making those purchases less often.

Within the profitable breakfast category, the fight for customers was heating up.

McDonald's fought back by giving out free Egg McMuffins on the day of the launch and deemed it "National Egg McMuffin Day." Even before that campaign, McDonald's was testing out new chicken breakfast sandwiches.

McDonald's is fighting the breakfast war with chicken sandwiches

Other chains were already stepping up their breakfast games. Dunkin' last year launched a Beyond breakfast sandwich, made with plant-based sausage. IHOP announced a new fast-casual breakfast concept called Flip'd, targeted at customers who want breakfast on the go. Flip'd will serve IHOP-inspired items, like pancake bowls, egg sandwiches and breakfast burritos. But unlike IHOP meals, Flip'd locations will have limited seating, and its offerings are designed to be eaten on the go.

Wendy's launched its breakfast before states started issuing stay-at-home orders because of the pandemic. It saw immediate results.

"Breakfast performed extremely well out of the gate," he added, noting that for the first week all restaurants were serving breakfast, sales at stores open at least a year jumped 16%.

Penegor said that Wendy's has been able to largely avoid the breakfast sales dip because it invested so much in promoting the new menu.

"Across the industry (breakfast) has been hit very hard," he said. "But we are very pleased with the advertising support that we've had out there. We've been able to get folks to come out and continue to try our great breakfast offerings."

Still, it wasn't enough to lift its US same-store sales, which were flat for the quarter. Similarly, McDonald's sales at US restaurants open at least 13 months ticked up just 0.1%.

And the national meat shortage hit Wendy's, with one analyst estimating nearly one in five of Wendy's restaurants was out of beef, resulting in not serving any hamburgers.

No burgers: One in five Wendy's restaurants out of beef, analyst says

Companies in the industry said breakfast is still important long term. They plan to have breakfast on the menu when people once again start eating the meal out or on the go.

"As we start to really get into the recovery phase, getting back that breakfast business is going to be critical for us," said McDonald's Kempczinski. He added that the company will be "very aggressive" in its efforts to boost that part of the business.

Before the pandemic, many people might have picked up breakfast at local coffee shops. If those locations suffer, major chains may attract those customers, noted Morningstar analyst R.J. Hottovy.

"Coffee is one of the more fragmented categories," he said. About half of coffee shops in the United States are operated by small chains, he said. "That group is going to be hit pretty hard," he said.

With unemployment at unprecedented levels, people will be looking for deals on food. Wendy's was already offering value deals for breakfast, Hottovy noted, and others will likely start discounting breakfast meals to draw customers back in.

Natalya Bright predicts consumers will see an increasing number of references to fiber content in processed foods, which will improve gut health.

Grilled desserts? Absolutely! This grilled pineapple sundae is the perfect addition to your cookout

Grill pineapple to caramelize the sugars and bring out the sweetness, pair with ice cream for a cool summer dessert.

Kary Osmond: You can make a creamy potato salad without mayo

If you’ve been searching for a recipe for creamy potato salad without mayonnaise, you’ve come to the right place.

The Kitchn: A classic Italian sub is the ultimate beach sandwich

Nothing beats the layers of cured meats, salty cheese, shredded lettuce and thick tomatoes. And thanks to a few smart assembly tips, it stays fresh and crisp all day long.

The reason for the chicken wing shortage comes from a variety of factors, including outbreaks of COVID-19 in meat-processing plants, especially early on in the pandemic, that forced many of them to temporarily close, straining the supply chain.

You can’t go wrong with a good biscuits and gravy recipe, and this is a great one from Indianapolis chef Neal Brown.

What grows together, goes together: 3 summer herb recipes

How do you use herbs? Well, don’t be shy; use a lot! An Idaho chef provides advice and recipes to highlight the season’s bounty.

Recipe of the Day: Strawberry Shortcakes

This 100% from-scratch recipe is better than those processed store-bought cakes from the grocery store. 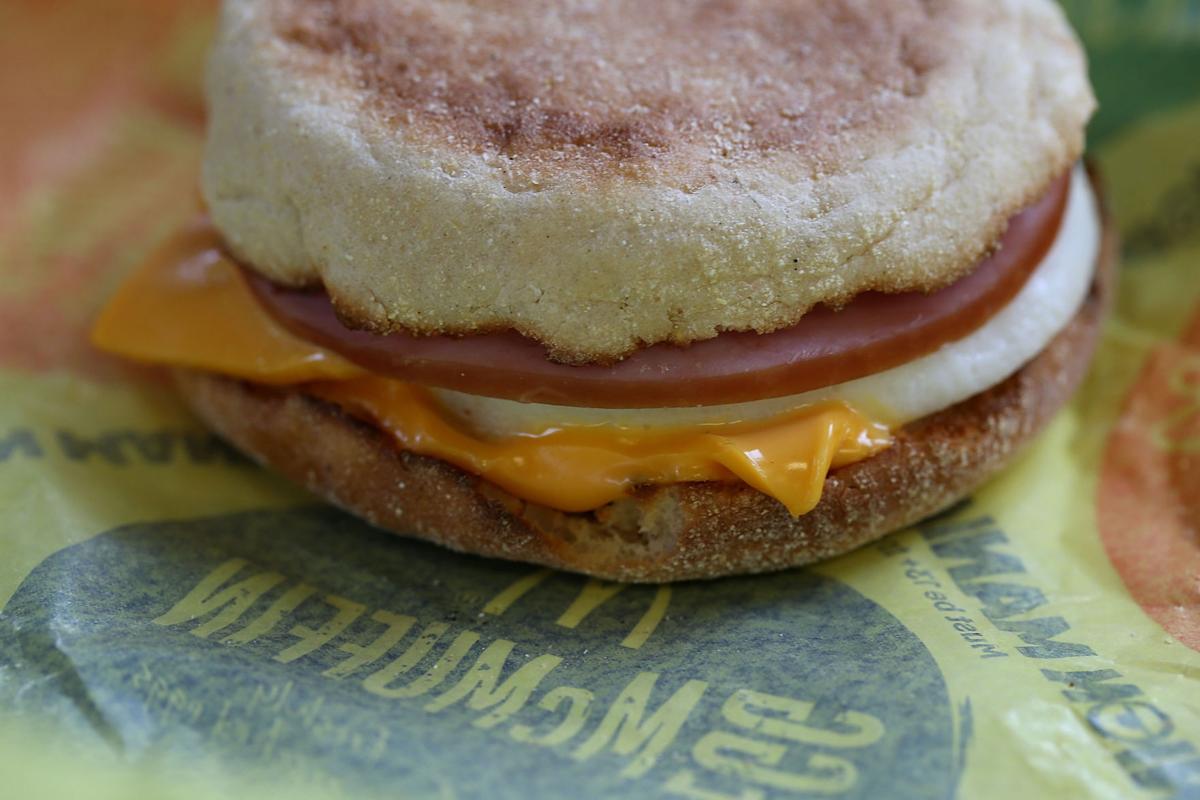 Breakfast is an important segment for McDonald's. But due to the COVID-19 pandemic, breakfast is one of the food industry's worst-performing segments. 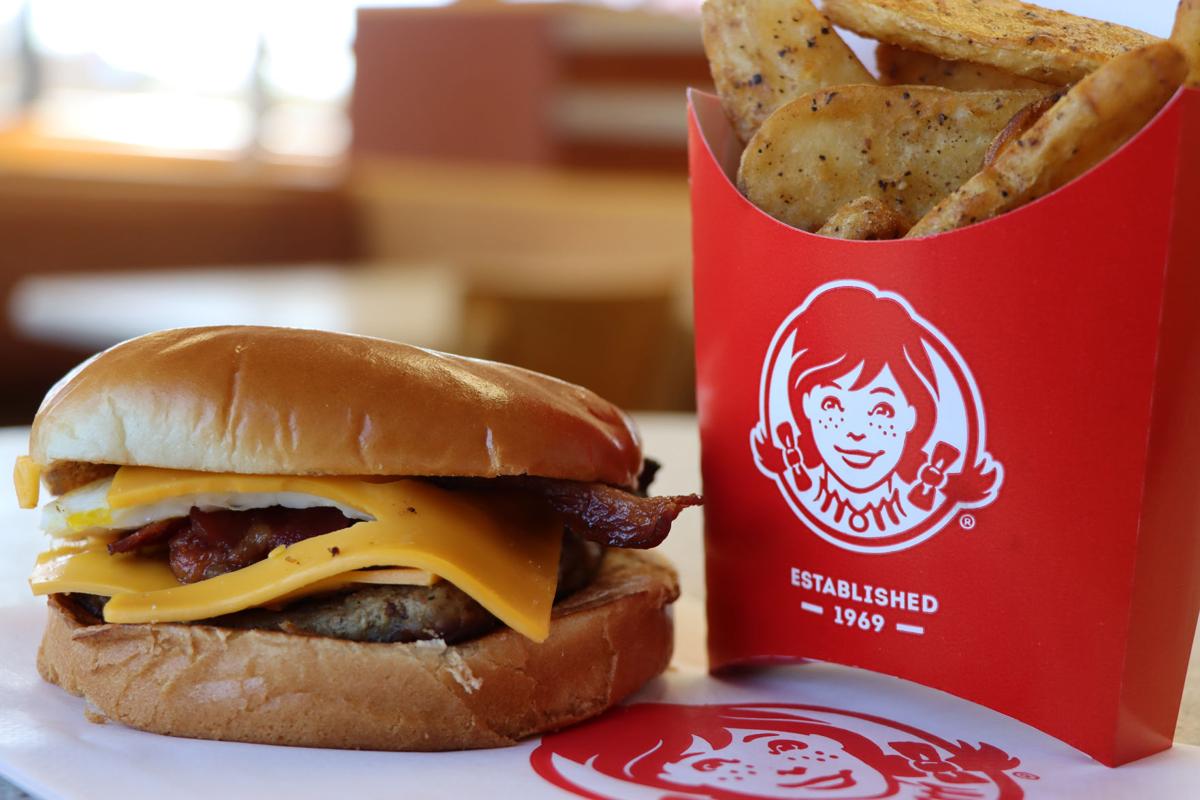