Become a Member
Read Today's E-edition
Share This
Watch now: The story behind 'Friendsgiving' at this Decatur Elks lodge
0 Comments
Share this

DECATUR — Several years ago — nobody is sure of exactly how many — Elks Lodge 401 in Decatur decided to start a new tradition: Friendsgiving.

“We've done this as long as I can remember, because there are people who don't have places to go,” said Sue Barnett, the lodge's chaplain, who's been a member for 15 years. “We just all come together and bring a dish and have some fun.”

The lodge on North 22nd Street provides the turkey and ham and those attending bring a dish to share, said Exalted Ruler Jeff Rauch. Anyone is welcome. Most of those who attended were members, Rauch said, but he saw some new faces, too.

“Today's a bigger crowd than we've had for a long, long time,” Rauch said. “We call it Friendsgiving instead of Thanksgiving because it's all friends and family, and some strangers here, too, that had nowhere else to go.”

One member donated two turkeys and a ham, other members brought turkeys, too, and the spread was impressive with the variety of side dishes brought by those attending. The meeting rooms were decorated in fall colors and the mood was festive.

People choose to eat Thanksgiving dinner out for a variety of reasons. At this time in history, COVID-19 can figure into the decision.

Bud and Verna Coleman of Decatur went to Benny's Grill for Thanksgiving Day. They had planned to visit family in Bloomington.

"My little grandson is quarantined," Coleman said. "One of his classmates exposed him and I didn't want to chance it. So we stayed home and went to Benny's."

Jeff Krall eats at Four Star Family Restaurant in Mount Zion almost every day, he said with a chuckle, and some days twice, so it was a given that he'd be there for their free Thanksgiving Day meal on Thursday. The restaurant offered a free meal to anyone who wanted to come from 11 a.m. to 2 p.m. and they were busy.

It's such a great place, said regular customer Mike Patrick, that he volunteered to help out for the Thanksgiving meal so some of the employees could take the holiday off.

“I'm cleaning tables, serving drinks, just whatever they want me to do,” Patrick said. “These are just great people that own the restaurant. The waitresses are great, and they do this for the community and we wanted to give back to the community, too. We didn't come up here to eat. They've been short-handed and we just wanted to give back.”

Doug Dukeman is also a regular customer whose wife had to work on Thursday, so the couple went to Four Star for breakfast before her shift. They've volunteered to help for the Thanksgiving meal in past years, he said, but had plans with family this year.

He has a Facebook food page where he posts his visits to locally owned eateries and considers himself something of an expert in that area.

“This is one of my favorite places, and they've actually got several things on the menu named after me,” Dukeman said. One of those is the extra-large prime rib served on Mondays, called “the Dukeman cut.”

“The Mount Zion community always supports us throughout the year,” said server Amanda Montes. “And it's not just Mount Zion but the surrounding communities, too. It's our way to kind of give back, especially with COVID last year and just being rough, this is just a good thing to do. It's our way to give to them after they gave to us all year round.”

The Ethical Life podcast: What are the ethical pitfalls of Halloween, Thanksgiving and Christmas?

Where to buy your Christmas tree in Central Illinois? Here's our list

It's Christmas tree season. Here's a look at area tree farms and producers to get your tree this year.

Conn: Giving thanks for one tough turkey in Tom McNamara

Whether or not you know Tom McNamara, take a moment this Thanksgiving to give thanks for a man who is showing his courage matches his dedication to local sports.

Decatur Christmas Parade to usher in holiday season on Saturday

Decatur Christmas Parade to make its way through downtown Decatur.

Gift ideas for a teacher you really appreciate

Study: Americans love these gifts at the holidays

Study: Americans love these gifts at the holidays

Party planner secrets revealed! How to ace your holiday gathering

Party planner secrets revealed! How to ace your holiday gathering 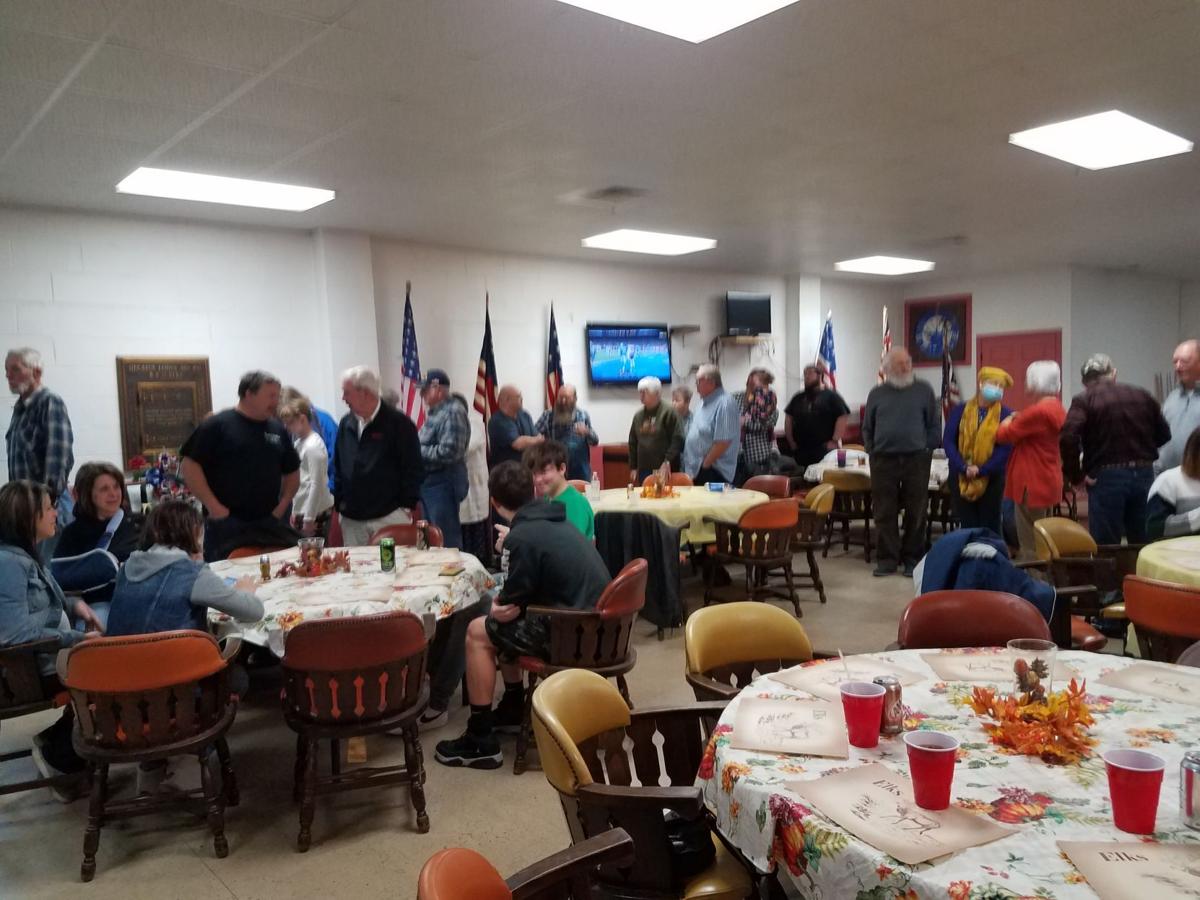 Friends gather at the Decatur Elks Lodge 401 on Thanksgiving Day for their annual "Friendsgiving" event. The lodge provides the meat; everyone brings a side dish to share. 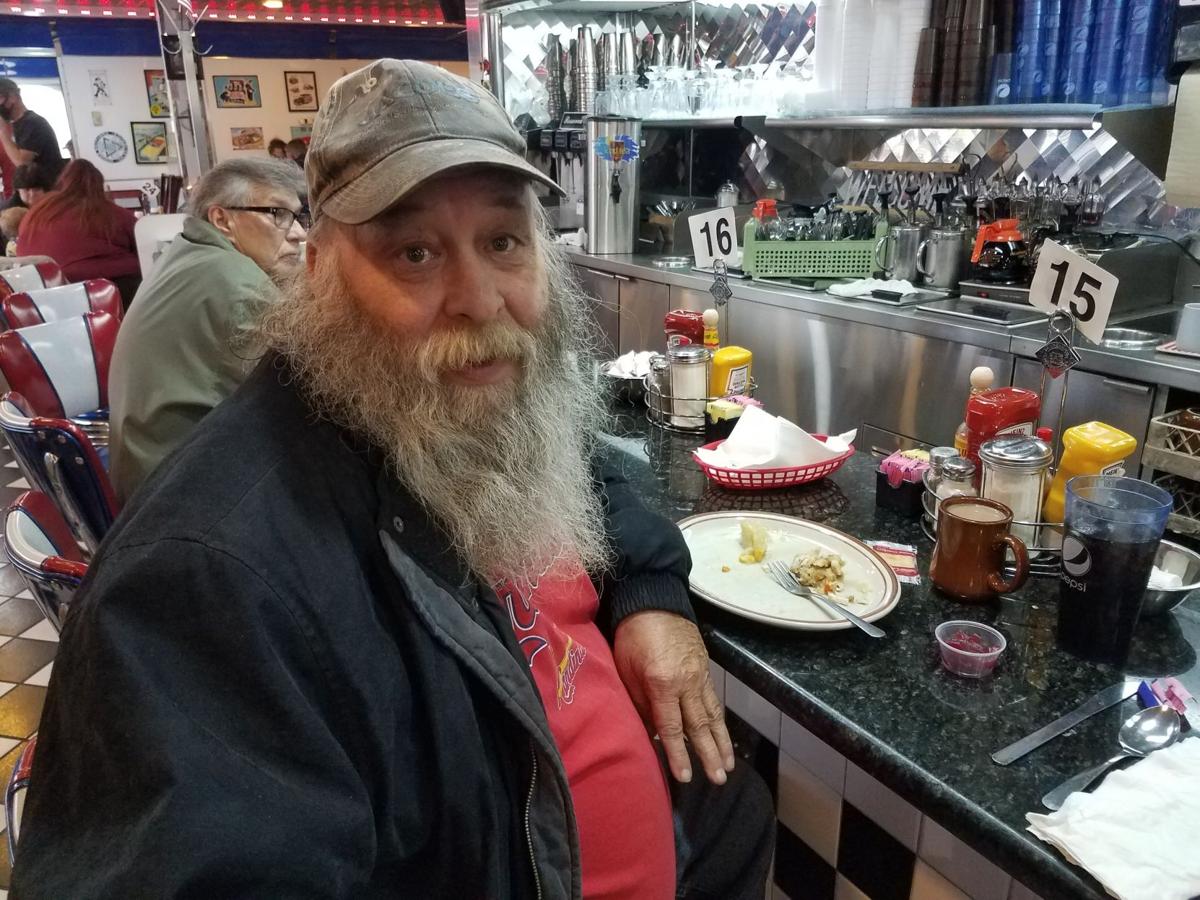 Jeff Krall loves Four Star Family Restaurant so much that he eats there almost every day.