The community has grown to know the couple because the Swindas post nearly every meal they eat on the Facebook page, Support Decatur IL Business.

Along with posted questions about a good mechanic, an advertisement for a local beautician or a positive endorsement of a house painter, is a photo of Barbie Swinda enjoying a meal at one of their favorite restaurants.

“The Wagon is always good to us,” she said. “And Debbie’s Diner and the Four Star.”

The focus of Swinda's posts is simply to encourage others to keep their business local. One of their recent comments: “What a good day to have cold weather type food, so went to Debbie's Diner for lunch.”

The couple wants to read posts from other customers regarding their favorite businesses as well. “I didn’t think this up,” Ray Swinda said about the popular comments. “All I’m doing is just posting to get people interested in doing something.”

As a child, Ray Swinda and his family would visit various local stores for their groceries. Meats would be found at Dilberts while A&P, IGA, Eisner's and other stores had specialty items for the family of four. Large chain stores were to blame for the closing of the local stores, according to Ray Swinda. “They couldn’t compete,” he said. “But you don’t get the variety that you could have got with a lot of different stores.”

Ray Swinda practices what he preaches. He reads the Facebook page to learn more about other local businesses. “I will see who looked at certain things,” he said.

The couple is getting attention from others in the community, including Decatur Mayor Julie Moore Wolfe, who asked if she could get her picture taken with them. Ray Swinda connected with the mayor because of their shared approach to promoting Decatur. “She’s interested in boosting our local economy by keeping our businesses afloat,” he said.

Dave “Flash” Jordan, owner of The Wagon on North Woodford Street, appreciates the attention he has received from the Swindas. “It’s good for Decatur,” he said. “They are great ambassadors.”

“I’ve had people asking, because they were upset that they missed them,” said waitress Cindy Hall. “They wanted to see the local celebrities that’s posting all the food.”

The Swindas post positive remarks for other businesses too. A recent message about their favorite mechanic generated nearly 100 responses.

According to Ray Swinda, Decatur has good steaks, chicken and noodles and other meals at local restaurants.

“You can get the kind of food you want here in town,” he said. “Find the place that you like, spend a little bit of money, and make sure they don’t fail.”

Members of the Phi Beta Sigma fraternity as well as others from the Alpha Kappa Alpha sorority and the Alpha Phi Alpha fraternity gave out Thanksgiving food baskets on Saturday near the Habitat for Humanity building at 838 E. Wood St.

Too tired to cook? These restaurants got you covered.

Party Warehouse in Brettwood Village set to close in February

Roads around Decatur reopen as the city finishes projects

Drivers will be pleased to hear that roadway closures and projects around Decatur are starting to clear way and open back up. 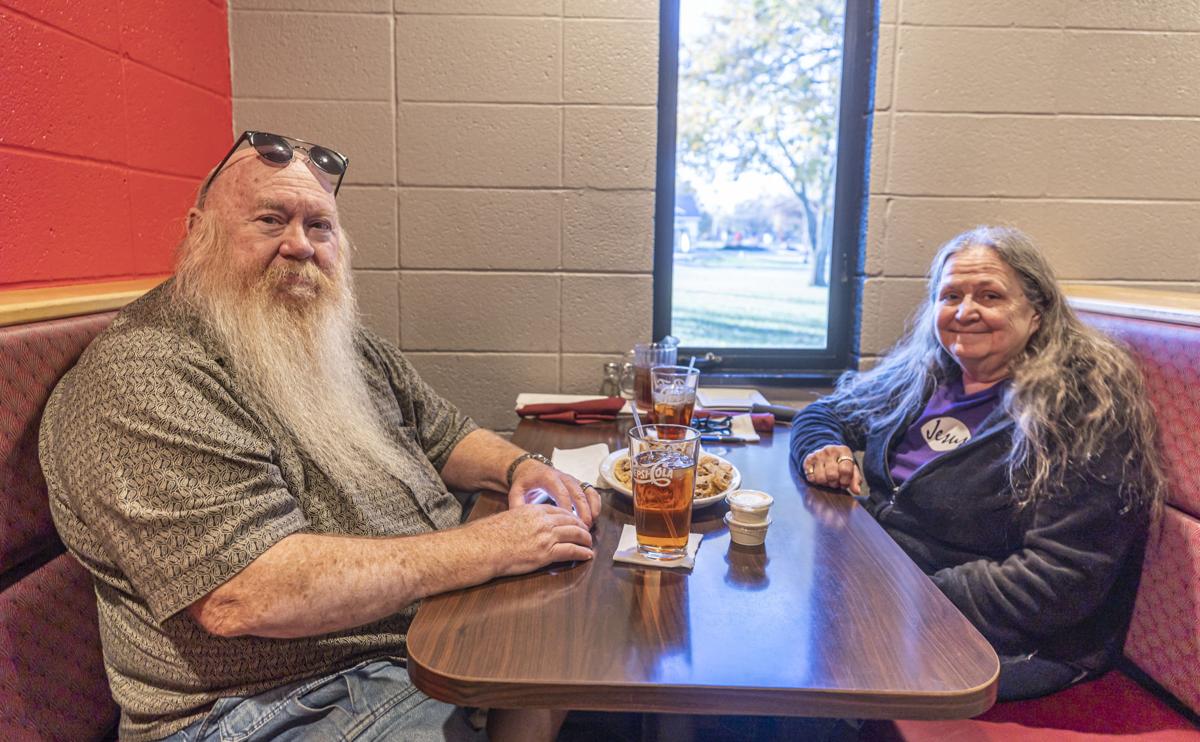 Decatur native Ray Swinda and his wife, Barbie, have become local celebrities, simply by dining at local restaurants. The couple regularly post on Facebook where and what they are eating as a way of encouraging others to support local restaurants 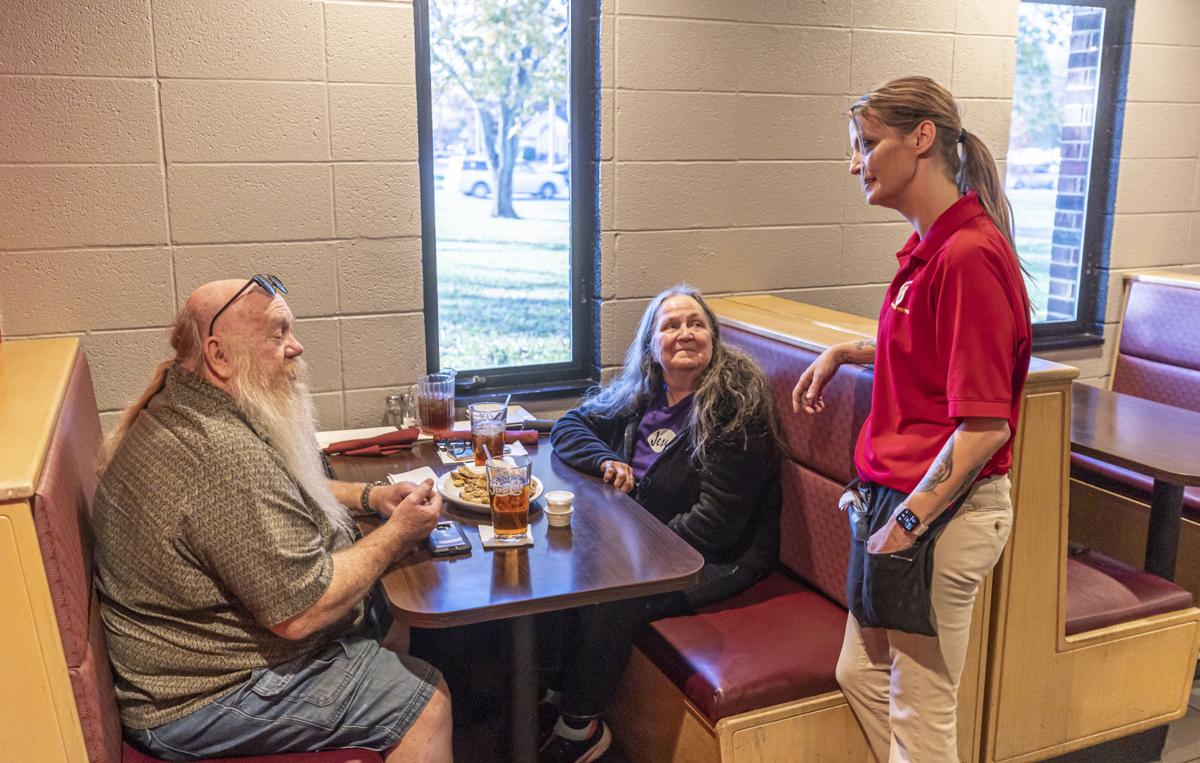 Waitress Cindy Hall talks with Ray Swinda and his wife, Barbie, at The Wagon in Decatur.