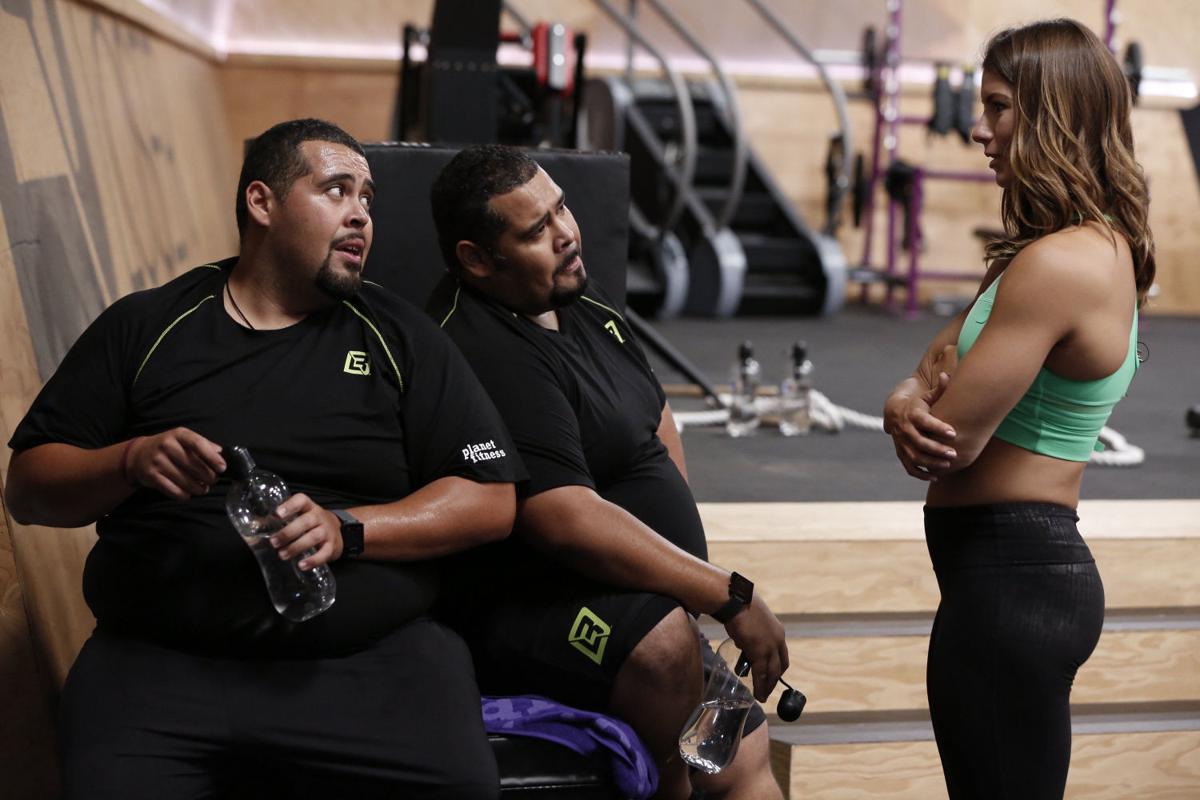 Luis Hernandez, left, and Roberto Hernandez, get a pep talk from their team's trainer, Jen Widerstrom. The twins, originally from Cicero, are appearing on this season's 'The Biggest Loser' on NBC. 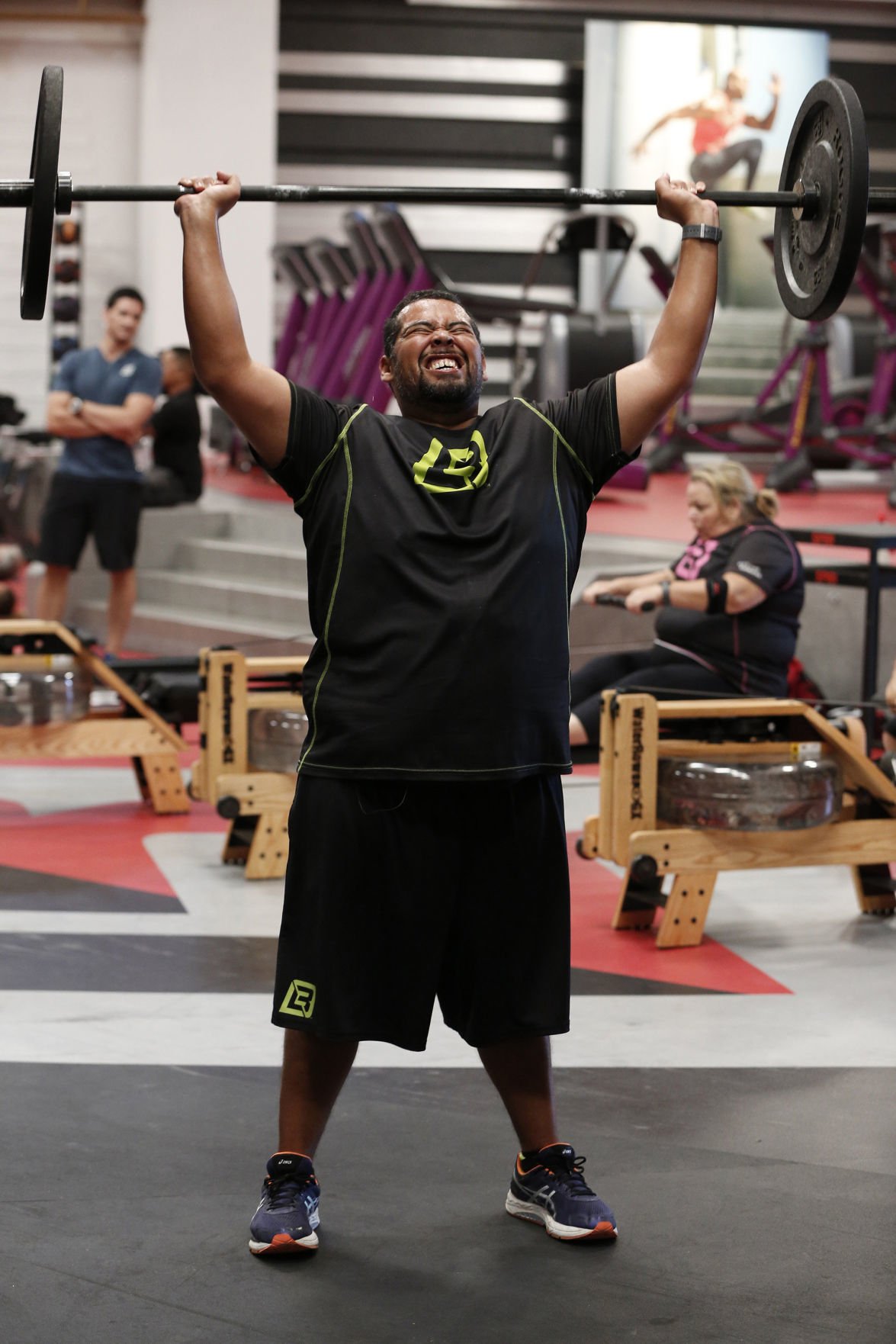 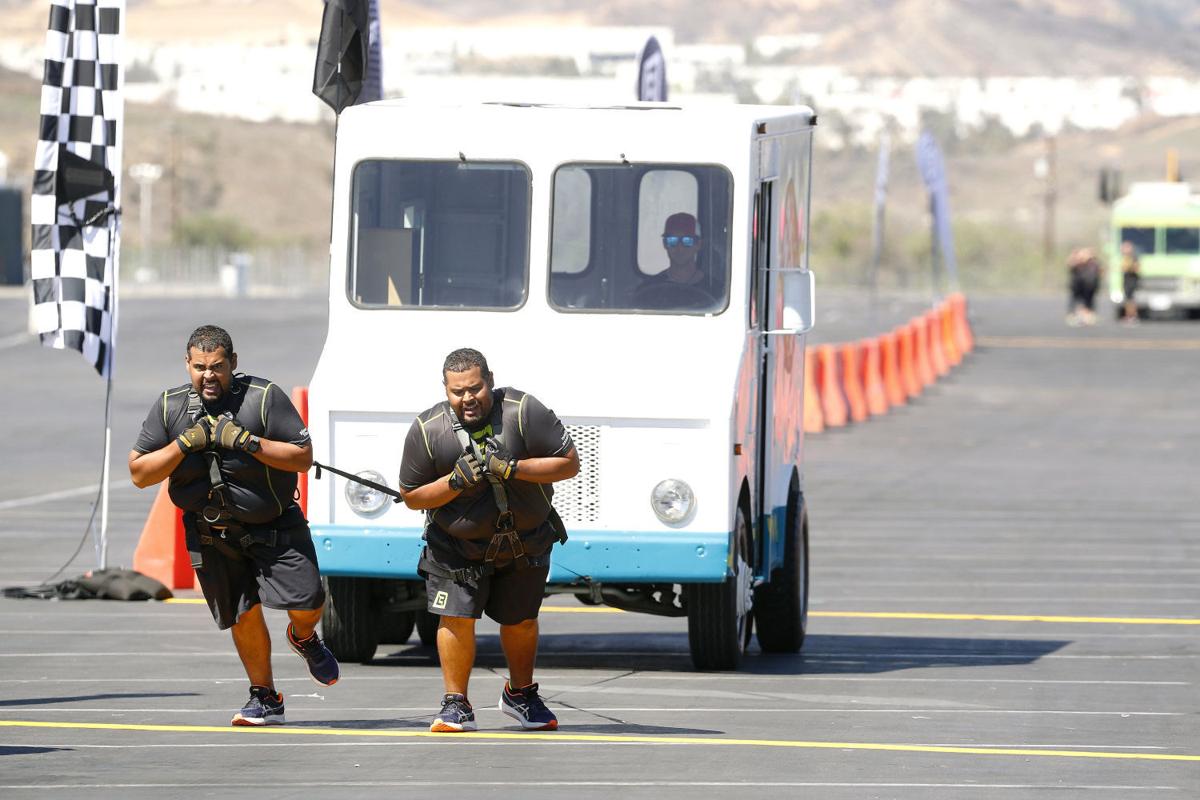 Luis Hernandez, left, and Roberto Hernandez pull a truck during one of the team challenges on 'The Biggest Loser.' 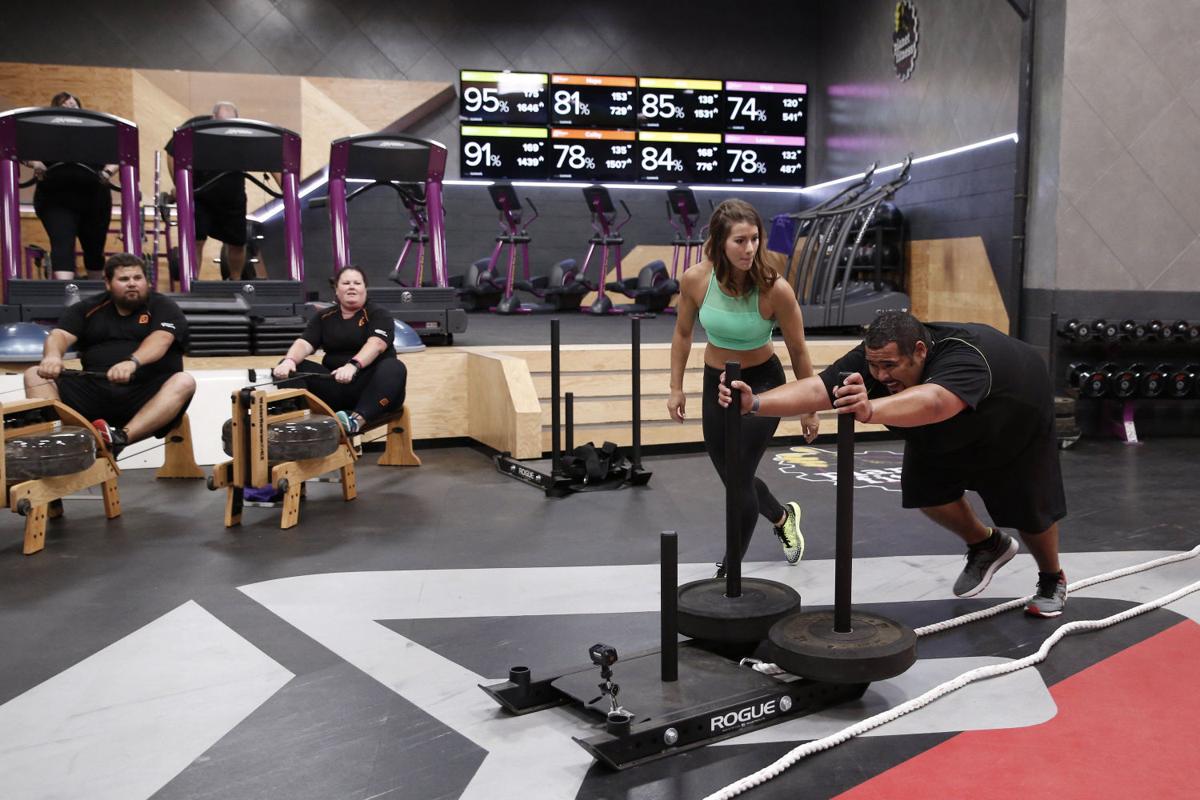 DECATUR – For a healthy lunch, Roberto Hernandez ate chicken with a side veggies. His twin brother, Luis, had a salad with pecans for added protein.

These types of meals are nothing like the food they ate while students and football players at Millikin University with late night visits to fast food restaurants after hours of studying.

After graduating in 2002, the twins' way of eating hadn't changed much.

But as contestants on this season of NBC's “Biggest Loser,” the brothers have learned what is important and how to achieve their goal of a healthy life.

Years of visits to fast food restaurants and living sedentary lifestyles caused Roberto's weight to balloon to 348 pounds with his brother weighing in at 308. They knew they would have to change.

Now 36 years old, the brothers have auditioned and won a spot on the “Biggest Loser” television show, which airs at 7 p.m. Mondays. According to NBC director of publicity Jill Carmen, participants can apply in a couple of ways.

“We hold casting calls all over the country and people can also submit applications online,” she said.

The show's executive producer, Joel Relampagos, knew the twins would be fighters.

“They have so much to prove to their family, friends, students, community,” he said. “But more importantly, themselves.”

The Hernandez twins had watched the popular reality show during the past 16 seasons. “We admired the other contestants,” Luis said.

As physical education teachers and coaches, both brothers knew the importance of eating healthy and working out. But neither practiced what they taught. “We had the drive,” Luis said. “But unfortunately, we love food.”

That drive was also learned while attending Millikin. Roberto gives credit to the coaches and administration for his wanting to succeed.

“They kept us strong,” he said.

Linda Slagell was an employee with Millikin's Office of Academic Development when the twins attended the university.

“I hovered over the kids to make sure they graduated,” she said.

Roberto and Luis often visited her office. The retired Millikin coach remembers the challenges that kept them from their goals. Although English was their second language, the boys also faced the struggles of college and academic life. But they persisted to become teachers.

“They already knew what to do,” Slagell said. “They just need affirmation.”

Although they were determined to do well in college, the twins lived the lives of students, gaining the typical "freshman 15" pounds. They continued to add another 20 pounds during their sophomore year.

They continued their education, earning their masters degrees at Governors State University. Then they began their lives as teachers, husbands and fathers back in their hometown of Cicero.

“You stop and get fast food,” his brother said.

The Hernandez twins had watched the “Biggest Loser." They had seen the contestants work hard and knew they would have to as well.

But after being invited to the weight-loss show in California, the brothers learned the hard work would not just be physical. Self control and meal preparation were also part of the lifestyle change.

“Sit down and think about it,” Roberto said of his new habit.

The season began with the first show airing Jan. 4. The brothers showed their drive to succeed has not been lost. Roberto lost 24 pounds, and Luis lost 23 pounds. Both brothers topped the leader board during their first weigh-in.

The brothers were not allowed to see the show before the rest of the country. Although they knew what was going to happen, they were still surprised by what they saw. “It was surreal seeing yourself on TV,” Luis said.

“I never saw myself as that big,” Roberto said. “That was a reality check.”

You can change your life: Inspiring local stories that prove it

"When we are no longer able to change a situation, we are challenged to change ourselves." - Viktor Frankl

How to keep that weight-loss resolution: Tips from the pros

We make 'em, we break 'em. New Year's diet resolutions fall like needles on Christmas trees as January goes on. Genes can work against us. Met…

Luis Hernandez, left, and Roberto Hernandez, get a pep talk from their team's trainer, Jen Widerstrom. The twins, originally from Cicero, are appearing on this season's 'The Biggest Loser' on NBC.

Luis Hernandez, left, and Roberto Hernandez pull a truck during one of the team challenges on 'The Biggest Loser.'