ARTHUR — Despite heavy rain causing two main Saturday events to cancel at the Amish Country Cheese Festival, people still came out to have fun — and eat hundreds of pounds of cheese.

Otto, from Arthur, was impressed by how many people came to the festival.

"I think they’re eager to come out, and we always have two more days to look forward to,” he said.

The morning, though cloudy and cool, began with bright smiles at the ceremonial cutting of the cheese wheel.

However, the cheese wheel almost did not make it to the festival on time.

“It was somewhat of a hurdle yesterday because this 150-pound wheel that we knew we had to have here missed the truck yesterday coming from Michigan,” said Joseph Yoder, who owns and runs Heartland Deli and Delights with his family.

The 150-pound cheese wheel was stranded at a factory in Michigan until yesterday. Fortunately, Yoder also manages a furniture and cabinet shop. One of the drivers was unloading cabinets in Michigan and was able to bring the cheese to Arthur in time for the festival.

“In the store, we probably have roughly 2,500 pounds of cheese,” said Yoder.

This is the first Amish Country Cheese Festival for the Yoder family, who took over the business in the December and January before the COVID-19 pandemic.

“The biggest learning curve was to know how much product to have,” said Yoder, who took 2020, when the cheese festival was canceled, in stride. “It was a good thing for us because it helped us get going with our business and kind of get our feet in the door.”

“This is our big festival of the year,” said Stephanie Wierman, president of the Arthur Area Association of Commerce. “People visit from all over.”

The festival leaders had to cancel the parade and the cheese curling competition this year, which was disappointing for several.

“One year in the past, we had a team come from Australia to compete,” said Wierman. “They had a great time.”

But since the event needs to be held outside, it was canceled along with the parade.

However, the junior and senior cheese-eating contest still took place.

Ten-year-old Samantha Steward of Arthur won the junior cheese-eating contest by eating most of a half-pound block of cheddar cheese.

Brian Cordes defended his reign as the fastest cheese-eater by winning the contest for the ninth year in a row, consuming a full pound of cheddar cheese in 4 minutes and 20 seconds.

“It’s a fun thing to do, a good way to get out,” said Cordes of the event.

He will probably return to defend his title for a 10th year, he said.

The festival continues through Labor Day weekend, with the cheese-carving contest scheduled to take place at 12:30 p.m. Sunday. The Amish Country Cheese Festival concludes on Monday.

Both Sunday and Monday are expected to have drier weather.

Take a look at this year's special Farm Focus section, which showcases Central Illinois agricultural producers. Have a story idea for our next edition? Email scott.perry@lee.net.

Watch now: Pennycress evolution could be game-changer for agriculture, climate

A weed that Central Illinoisans see along roadways, at the edges of fields or at construction sites has been domesticated in Central Illinois into a crop that researchers say has the potential to help combat climate change and provide additional income to farmers.

Sales from dispensaries across the state totaled nearly $128 million last month, a 10 percent jump from a record-setting $116.4 million in May.

The face of FFA continues to change with the times

“It’s very different than it was 30 years ago, whereas every kid was from a farming background or grew up on a farm,” said Jaton Shaffer. “It’s definitely transitioned from that.”

Richland Community College's agriculture and horticulture programs have grown and expanded in the last few years and offer transfer to a four-year university.

Ahead of his first Farm Progress Show, Costello sat down with Lee Enterprises for an interview about Illinois agriculture and its place in the world.

Jim and Marilyn Kimery of Mattoon held a surprise backyard rodeo party for their children and grandchildren on Sunday.

Have you ever seen a Taj Mahal haircut? 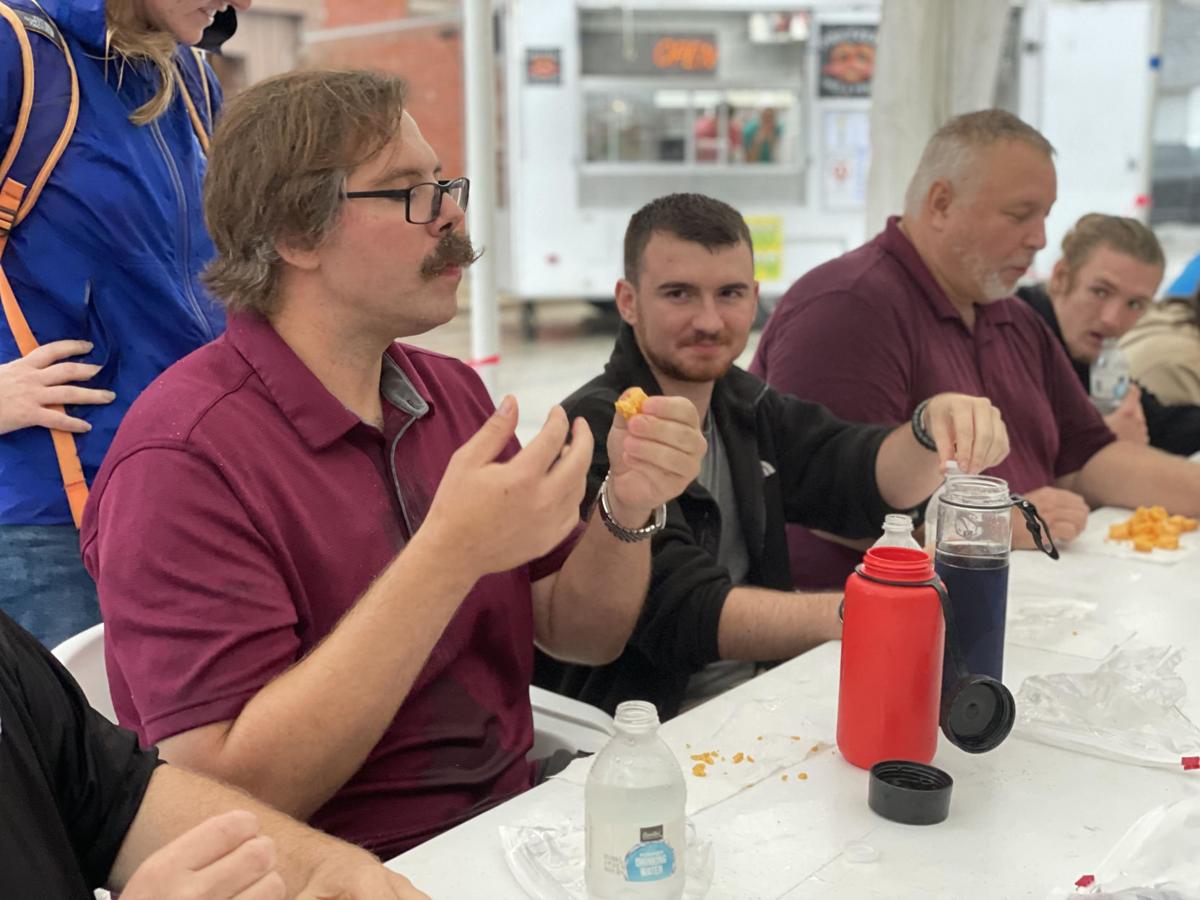 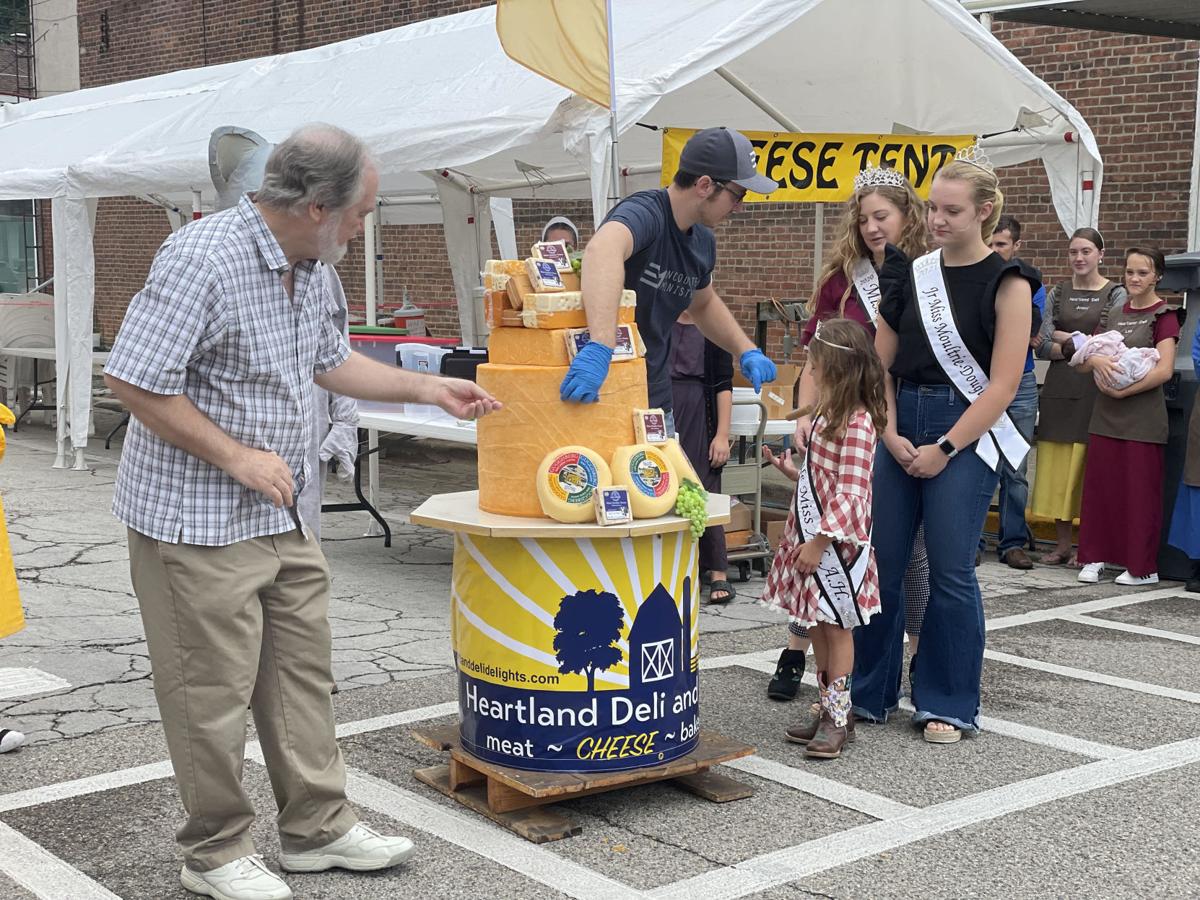 The Amish Country Cheese Festival kicks off with community members cutting a 150-pound block of cheddar cheese in front of the cheese tent on Saturday in downtown Arthur. 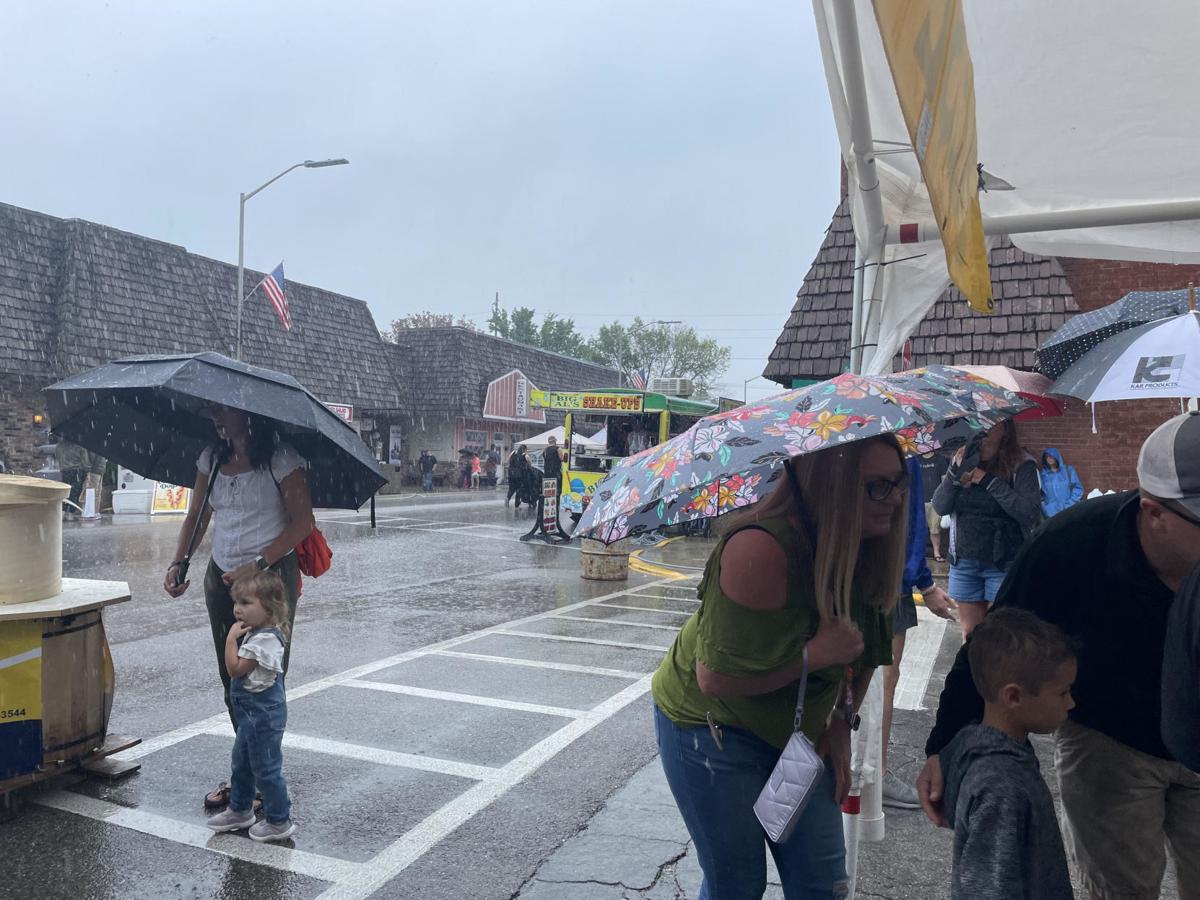 Festival-goers take cover under tents and umbrellas as rain descends on the Amish Country Cheese Festival in Arthur on Saturday.