The show planned for 10 a.m. to 6 p.m. Saturday, with June 26 as a rain date, will feature nearly twice as many quilts as usual through its Mattoon-based Prairie Stitchers organizers teaming up with the Bloomington/Normal Modern Quilt Guild.

Prairie Stitcher Jamie Willis said the quilt show is usually held in the Lone Elm Room at the Mattoon train depot, but this venue was not available when the event planning began due to the COVID-19 pandemic. She said Lytle Park Superintendent Justin Grady, a longtime supporter of the show, offered them space when the organizers decided to hold an outdoor event for the first time.

"Lytle Park is such a gorgeous park," Willis said. Saturday's show will be in Lytle's New Active Green Environments area, which has a walking path and gardening beds.

Willis said the Bloomington/Normal Modern Quilt Guild also was looking for an outdoor venue due the pandemic and one of its members was on the Prairie Stitchers mailing list, so the two groups decided to partner.

The Bloomington-Normal group, which is a chapter of a worldwide organization, plans to bring its Kona Color Challenge quilts to the Mattoon show. Willis said participants annually create quilts using Kona Cotton's color of the year, which is a cheery "Horizon" Robin's egg blue this year as the world emerges from the pandemic.

"(The partnership) was perfect for them and for us because it made our show bigger and we have a lot of folks coming down from Bloomington-Normal to watch the show," Willis said. She added that the quilt community is connected by this American art form. "It doesn't matter where we live in Illinois, we are all connected by thread, cloth, talent and a shared love of quilting."

Saturday's show will have 88 quilts on display, about 38 more than usual. Willis said Lytle's Grady has built nine additional quilt racks for this occasion. The quilts also will include recent works created by the DIY Face Masks for Coles County group and by Arts Council Mystery Quilt online project participants. The Mattoon High School junior class will sell water and other cold drinks there.

Willis said guest artist Rod Buffington, who now resides in Springfield, is known for his watercolor quilts and was featured in the recent edition of QuiltFolk magazine. He has won numerous awards for his art, especially at the Springfield Old Capitol Art Fair, and his work has been published in several international magazines, including Quilt–Japan.

Buffington majored in art education at EIU and was then invited back to teach art education at his home university, where he graduated with two educational administrative degrees. He moved to Springfield in 1983. Willis said she was among Buffington's many students during his time at EIU.

"He taught us how to be art teachers and he touched a lot of lives while he was there," Willis said. She noted that Buffington will display his work in the gazebo at the New AGE area and have prints for sale during the show.

Dear Abby: I was deeply hurt after going to a barbecue at my oldest daughter's home. It was to celebrate my granddaughter's fourth birthday. M…

Dear Abby: After 28 years of marriage, is it strange that I would like my wife to initiate sex? I would like to know that she is interested, n…

If you've read my book, "7 Money Rules for Life," you know that rule number one is so simple it would be easy to overlook it as being too elem…

Dear Abby: I have been in my second marriage for almost 20 years. My wife came with two grown children, who each have two kids. I have tried t…

How to avoid paint color mistakes in your home

Thinking about painting your home? Make sure you choose your colors carefully.

Dear Abby: I love my wife very much, but we are, unfortunately, having a communication/interpretation issue. She is inquisitive and asks a lot…

DEAR DR. ROACH: I have chronic venous insufficiency. My doctor tells me there is nothing for it but compression socks, and I cannot put them on.

DEAR DR. ROACH: Could you address problems that may or may not be aftereffects of COVID-19? The problems seem to be common among people who ha…

How to keep your houseplants alive in fall and winter

How to keep your houseplants alive in fall and winter 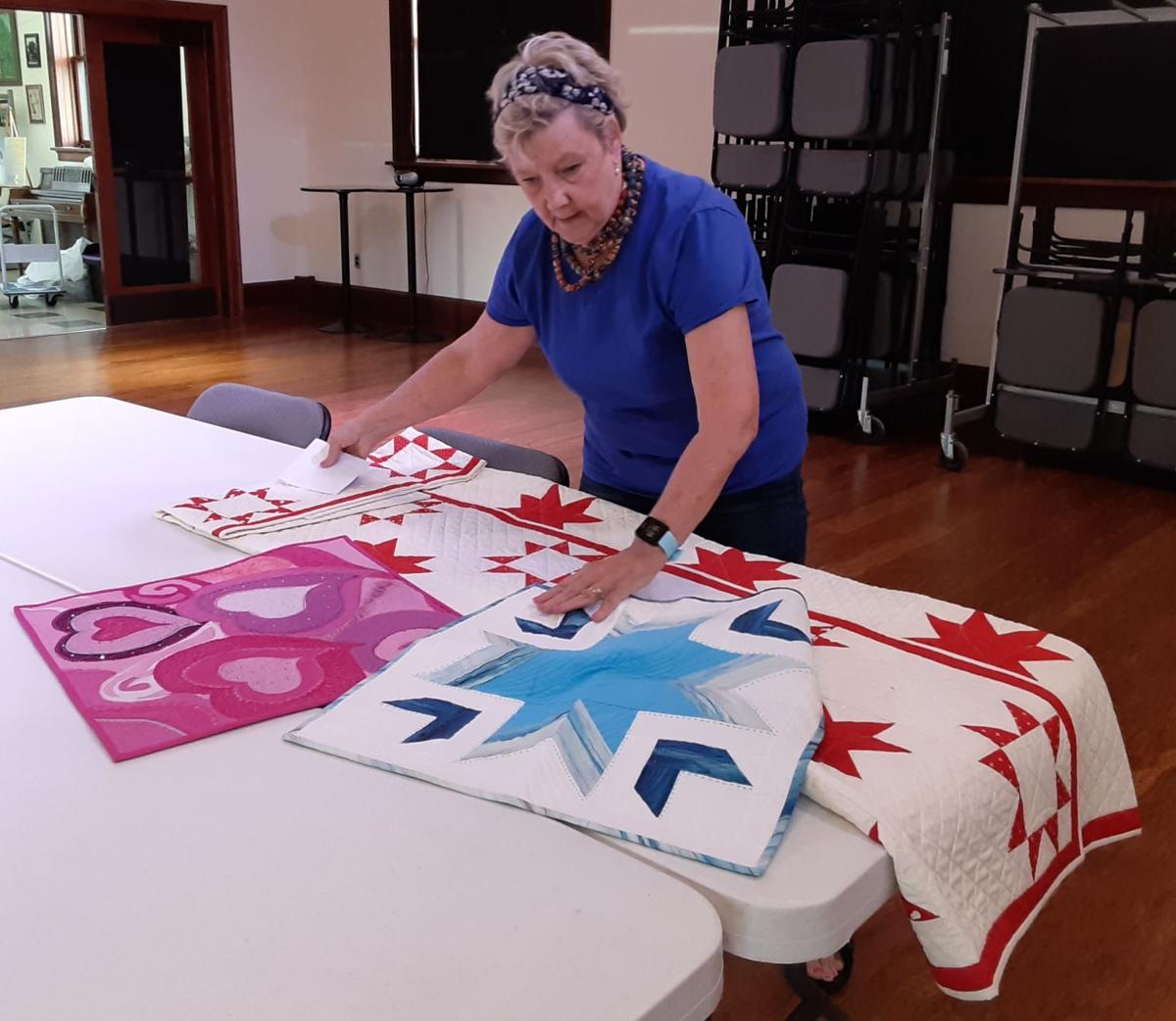 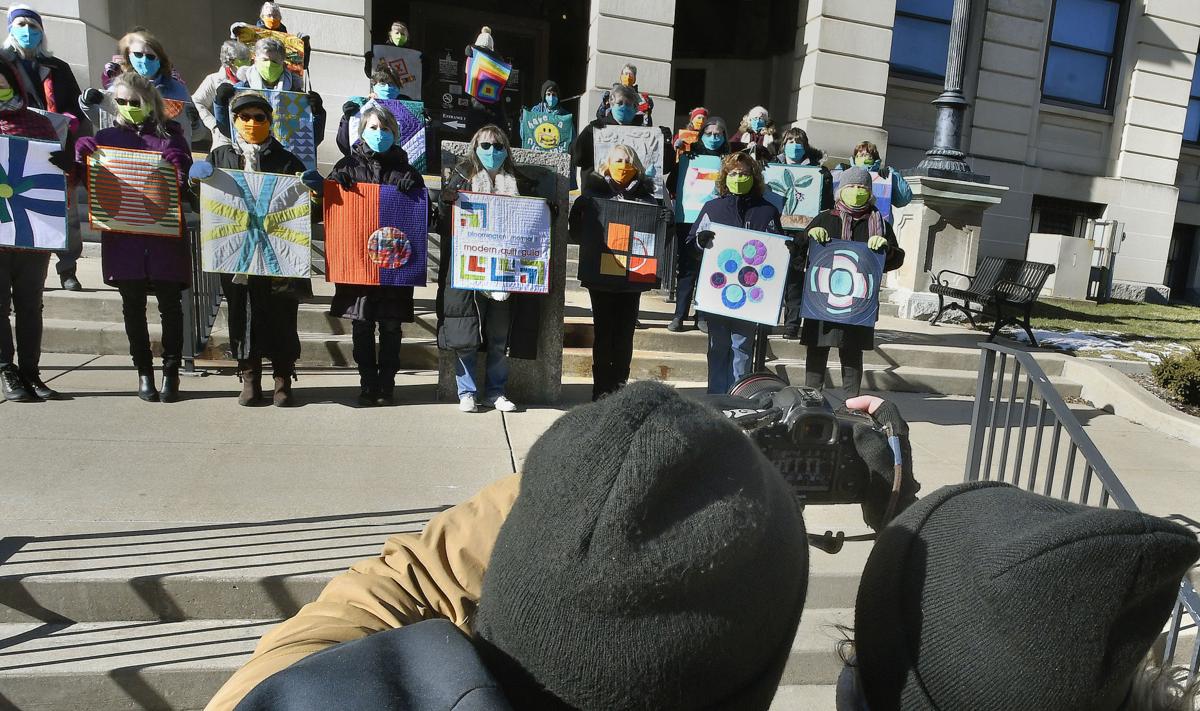 Members of the Bloomington Normal Modern Quilt Guild lined up Jan. 22 at the McLean County Museum of History for a group photo as a photographer and stylist from Chicago shot photos for a story in Quiltfolk Magazine. The guild is known for making quilts for babies in the neonatal intensive care units at local hospitals. The guild is scheduled to take part in the Mattoon Arts Council quilt show from 10 a.m.-6 p.m. Saturday at Lytle Park in Mattoon. 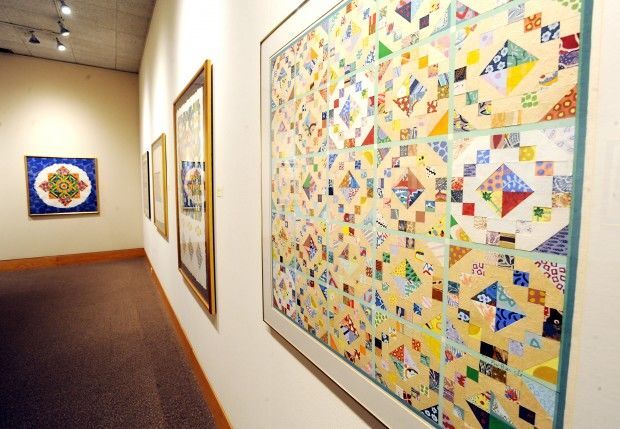 A selection of watercolor quilts by Springfield artist Rod Buffington are displayed in 2012 at the Tarble Arts Center, Eastern Illinois University. Buffington will be the featured guest artist at the Mattoon Arts Council's annual quilt show from 10 a.m.-6 p.m. Saturday at Lytle Park in Mattoon.