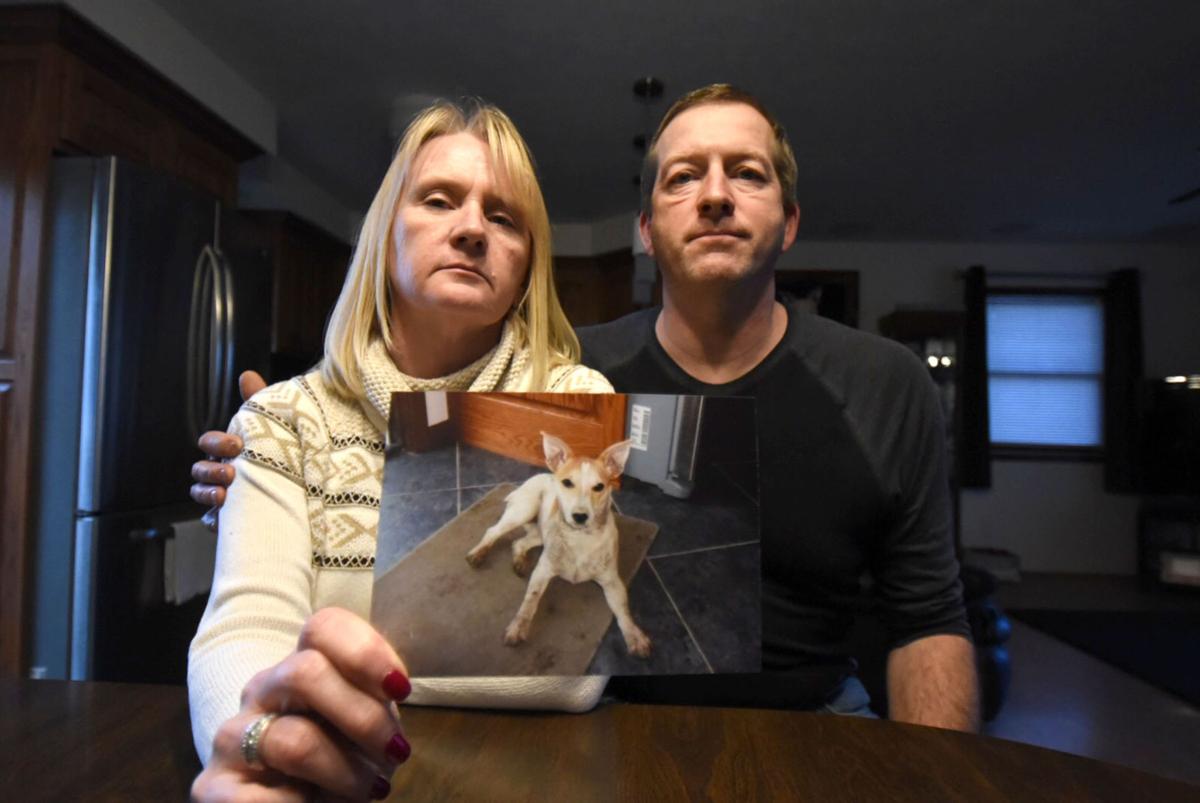 Shelly and Shawn Hamrick are spreading the word about Sophie, their lost doeg. Sophie vanished in November 2015 from their Mechanicsburg home. 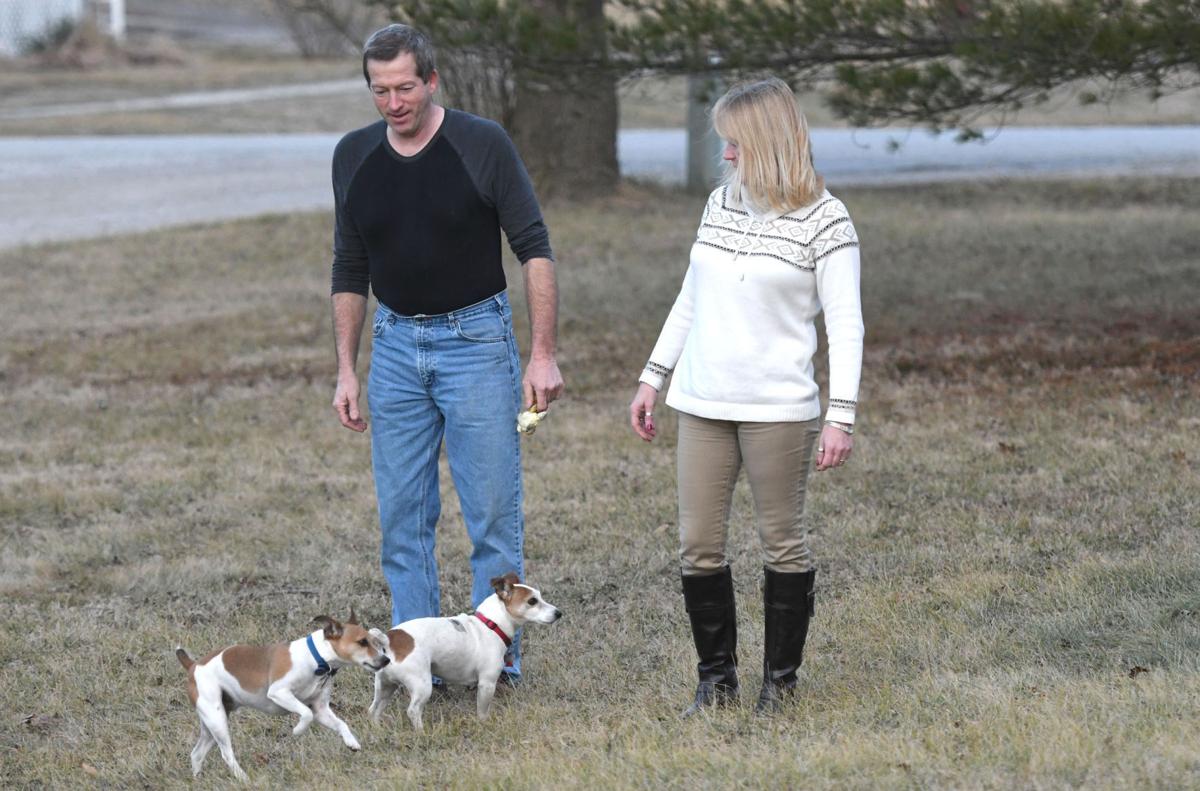 The Hamricks walk in their yard with their pets. 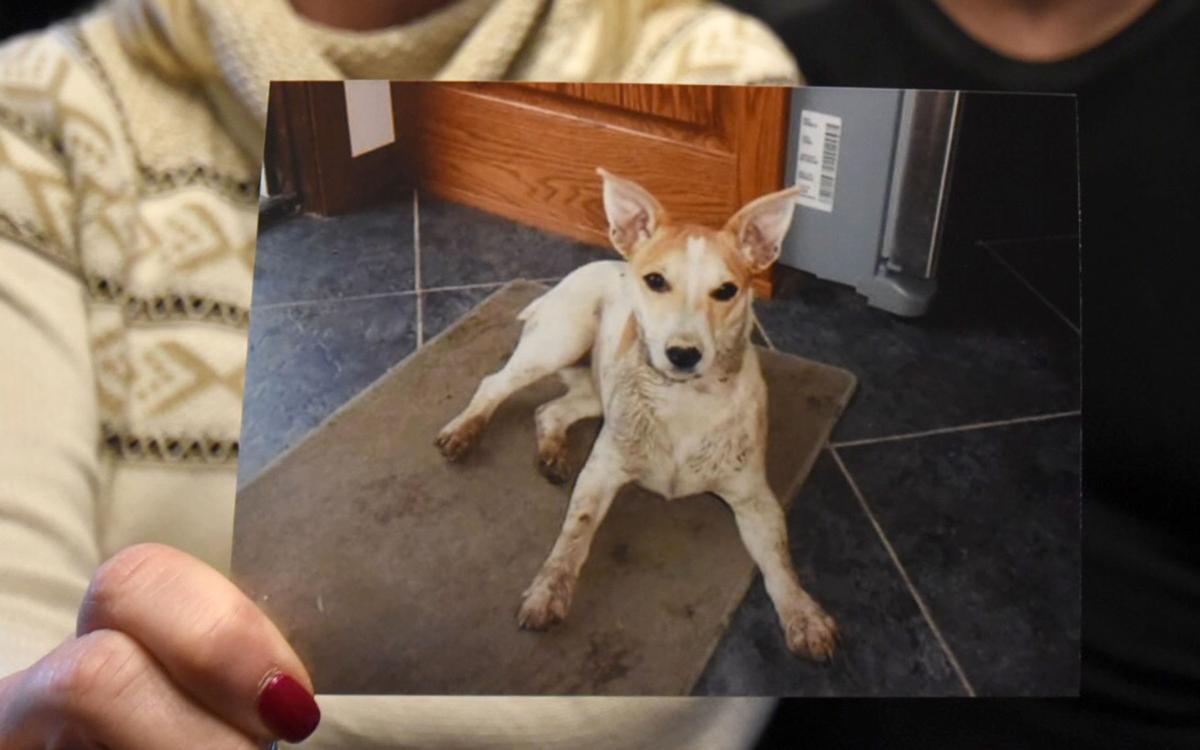 Shelly and Shawn Hamrick hold a photo of Sophie, who vanished in November 2015.

MECHANICSBURG – The legion of lost pets always has room for one more.

The American Humane Association estimates that 10 million dogs and cats are lost or stolen nationwide every year. And one in three pets will become lost at some point during their relatively brief lives.

But it is not all gloom and doom: A survey some years ago by the American Society for the Prevention of Cruelty to Animals calculated that 75 percent of cats and 93 percent of dogs reported lost were returned safely to their homes.

So far, however, Sophie the Jack Russell terrier has not been one of them, and it's not for want of human intervention. Her heartbroken owners, Shawn and Shelly Hamrick, have spent more than $10,000 on huge roadside ads. They've also scoured the countryside with teams of volunteers in their efforts to return the lost dog to her home near Mechanicsburg. Or at least find her little body.

“Then we would know and we could have just brought her home and buried her; we would have closure and it would at least be over,” says Shawn Hamrick, 50.

The Herald & Review first featured their story in March after Sophie escaped from a boarding facility in Taylorville on Nov. 18, 2015. The Hamricks believed then and believe now that, with no sign of her earthly remains, their beloved dog is alive somewhere. But with Sophie chipped and equipped with multiple ID tags on the sturdy collar she was wearing, and the fact that even a $2,500 reward – Shawn Hamrick, a self-employed excavation and demolition contractor, had seriously considered upping it to $10,000 – hasn't yielded any results only serves to raise darker possibilities.

“Someone got her by what I call wrong-doing, meaning they picked up the dog with its collar and tags on,” said Hamrick, the implication being that person had no intention of returning Sophie. They also theorize the dog, sans collar, may have since been passed on to another unsuspecting owner. The animal has an ID microchip implanted under its skin, too, but that may stay a sleeping subcutaneous secret.

The Hamricks always doted on Sophie like the child they are unable to have. They have done everything by the book to find their dog. Perhaps surprisingly, there really is a book, or at least a mobile app put out by the ASPCA that is armed with a “missing pet recovery kit.”

The organization says acting with speed is essential and ticks off must-dos such as alerting neighbors, flooding social media, working the phones, posting fliers and not giving up, which is the Hamricks most sacred gospel.

To the ASPCA's impressive list of search techniques the Hamricks have added hiring a private detective and have had several consultations with someone billed as “an animal communicator."

Shelly Hamrick, who tried a communicator who charges about $50 for an hour's consultation, says this isn't the Psychic Hotline for pets. However, these communicators do claim they can “hear what your dog is thinking” and jot down impressions and sights the dog is seeing. What they've been told so far about Sophie are mental impression that range from a view of a weather vane-like object to visions of “doughy balls of bread,” whatever that means. It's been pretty vague, but the animal communicator came highly recommended.

It's all part of a lost pet world Shelly Hamrick has been plunged into; a desperate place of Facebook vanished pet pages and bereft, cyber-linked owners comforting and supporting each other and administering hope. She says the sheer numbers of them is a shock for those who have not dipped into this angst-ridden land.

The Hamricks dogged search and the depth of their grief has earned them some helpers and admirers along the way, too, including Macon County Sheriff Tom Schneider. He made sure the Macon County Animal Shelter was on the lookout for Sophie in their stray intake and took the search personally, even going as far as to get in the car with his wife and go searching the Christian County countryside himself where Sophie had last been seen.

“I could tell they were great pet owners, good people, and they deserve to have people help them,” Schneider says.

His advice to the owners of lost pets is to make contact with the their local animal control shelter immediately, work the social media angle and get information out there fast. “The quicker, the better,” he adds.

For some, however, the battle is lost, and they have moved reluctantly on.

Decatur couple Pam Simpson and Jim Harris lost their beloved cat Katie while they were away on vacation in June of 2006. Jim Harris said they searched and searched and never gave up hope for a year before concluding Katie was not coming back. Ever.

In the years since they have found and helped many unwanted cats that seem to prowl their neighborhood in great numbers (national statistics say 3.9 million stray dogs and 3.4 million stray cats wind up in shelters annually). Today, Harris says their household looks after six indoor cats, feeds four outside strays and one itinerant raccoon.

“Everything shows up at our backdoor,” he adds, explaining they always make diligent efforts to trace the ownership of any cat they find. And they like to think Katie found someone to take her in, too. “It's a thought,” says Harris. “But we've also got coyotes around here.”

As for the Hamricks, their dream of Sophie still lives and they can accept no substitute. They explain that some well-meaning people have offered other dogs but they just can't go there, likening it to a heartbroken parent being offered a missing child replacement. “You can't bring that personality back for that parent,” explains Shelly Hamrick. “And we're in the same place.”

For guidance and a mobile app to help you find your missing pet, go to www.aspca.org and type “lost pets” in the search box.

MECHANICSBURG – There is no statute of limitations on hope, or love, for a missing member of the family.

After years away from family, Corky the dog returns home

FORT WORTH, Texas — Corky’s incredible journey is over.

Second Chance for dog led by his nose

DECATUR – Naughty drug runners beware: If Chance the police dog drops by to sniff your car in a search for his beloved tennis ball, it's alrea…

DECATUR — Luisa Turudic has seen a lot of good things during her three years as a volunteer at the Macon County Animal Control and Care Center.

'How can we feel safe?': Uyghur on Chinese government policy

Shelly and Shawn Hamrick are spreading the word about Sophie, their lost doeg. Sophie vanished in November 2015 from their Mechanicsburg home.

The Hamricks walk in their yard with their pets.

Shelly and Shawn Hamrick hold a photo of Sophie, who vanished in November 2015.