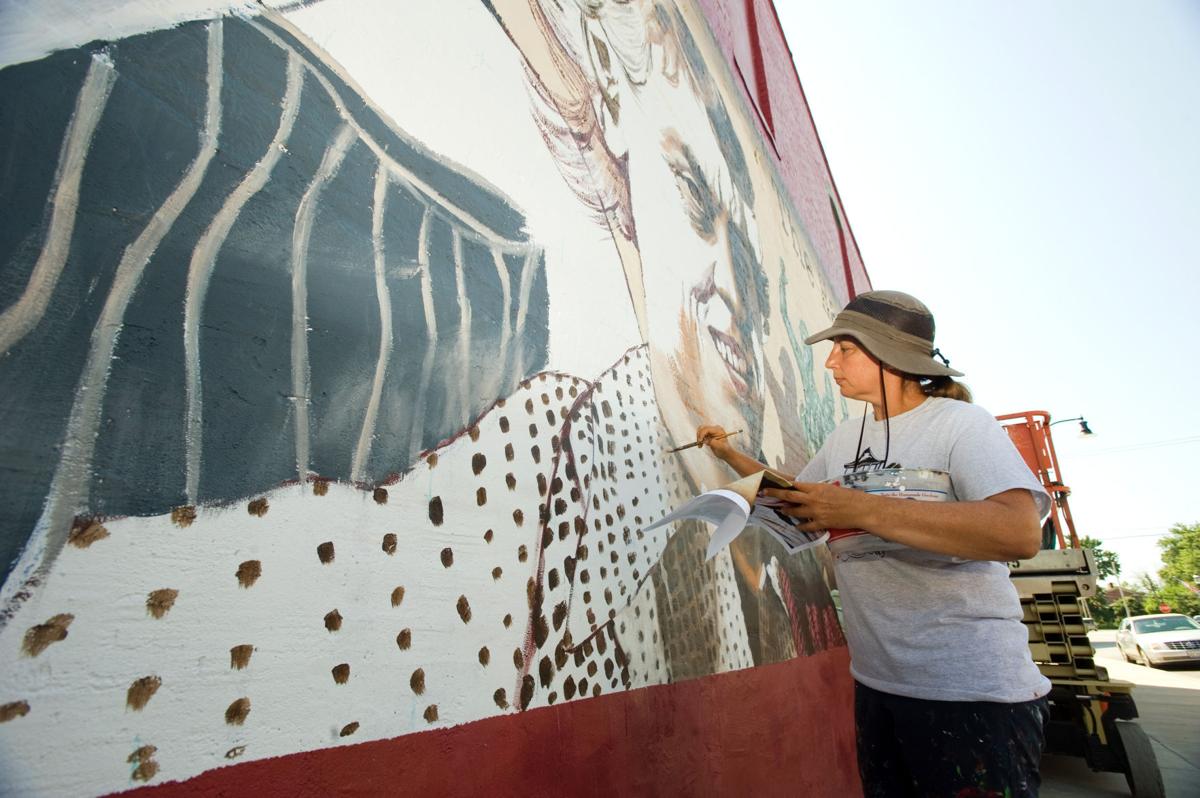 Walldogs artist Anat Ronen works on a mural in Marshall. 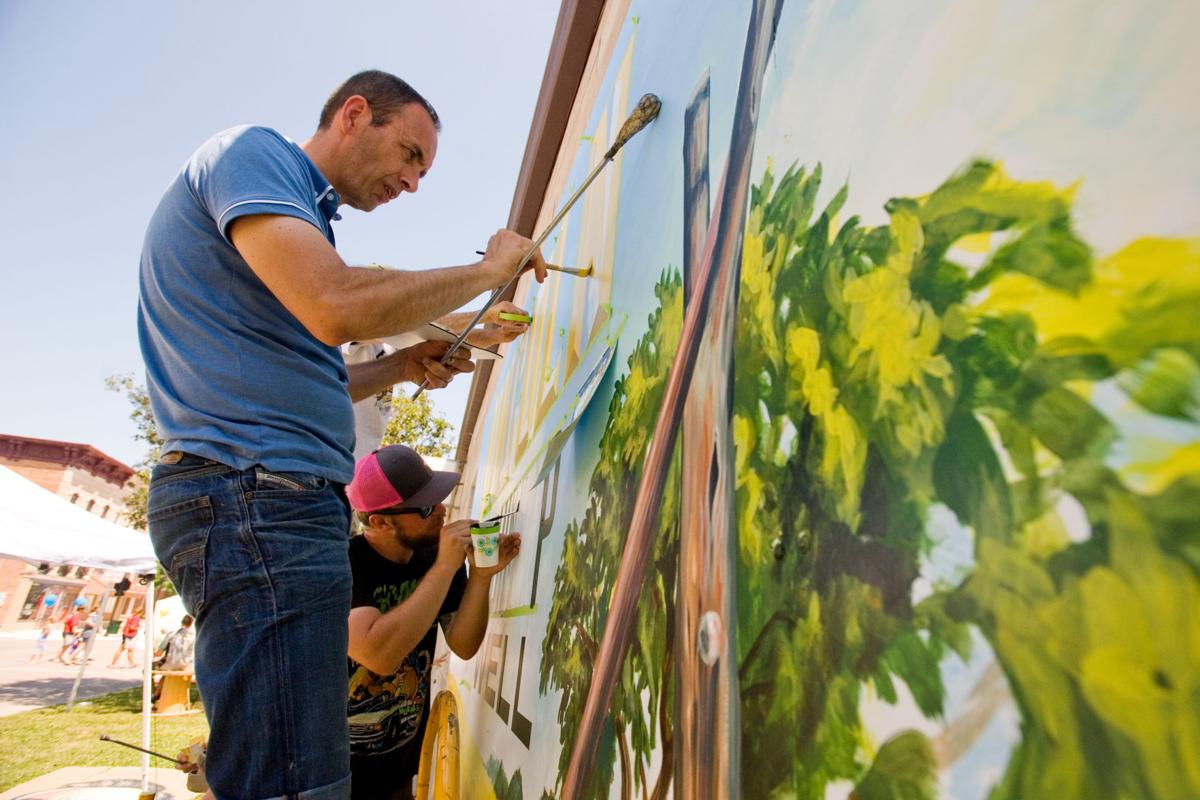 Walldogs artists work on a mural.

MARSHALL -- Researching the life of the author of the famous work "From Here to Eternity" led Anat Ronen to decide she wanted to help secure his legacy.

Ronen coordinated the team of artists who created a mural honoring author James Jones and his connection to the community of Marshall during the Walldogs multiple-day event.

An Israeli native now living in Houston, she's one of the artists who make up the Walldogs, traveling to towns each year to create murals that tell a bit of that community's story. Dozens of the group's artists made the trek to Marshall for this year's event.

During a break from working on the mural Saturday, Ronen said she learned that Jones used the money he made from his famous World War II-era novel to start the Handy Writers Colony in Marshall.

People might recognize the book, and the movie versions of it, but not know more of the story, she said.

"I wanted to create something interesting enough for the young and old," Ronen said. "It's fun to spread art and history."

The mural honoring Jones included soldiers to recognize his military service during World War II, portraits of the author and his writing coach and covers of the book.

This year's Walldogs event, which the artists call "meets," was Ronen's second. She said she enjoys creating a variety of murals and traveling to different locations to paint them.

"The thing that's very special is it's all about the town," she said. "We take a little bit of the story with us."

Sixteen murals were painted on buildings on or near Marshall's courthouse square during the four-day event, including two portraying Abraham Lincoln's visit to the town during his days as a circuit attorney.

Andrew Patrick Henry of Barnesville, Ga., designed one of the Lincoln murals, which shows Lincoln watering his horse at a town well.

Henry said he learned "a good bit" about Lincoln after he got the mural theme from Marshall organizers.

"I love that you can walk right up to this and enjoy it," he said.

Henry said he's "been painting since I could hold a brush" and enjoys what a Walldogs event can bring to a community.

"It's going to be great for this town," he said.

Walldog artist Scott "Cornbread" Lindley of Mount Pulaski organized the Marshall event, just as he did for the Arcola Walldogs meet two years ago.

But he said this year's was a bit different because he wanted more formal and straight-forward themes to tell the history of Marshall, his hometown.

"I see this as a major opportunity for a renaissance," Lindley said.

He explained that he felt Marshall changed for the better in 2013 with the addition of a mural recognizing that the town is on the route of the historic National Road.

The 36-year-old thought he was talking to the teenager, but police had taken over her phone to gather evidence, according to a sworn affidavit.

LaSalle County Coroner Rich Ploch said the office received the results Wednesday, but he declined to comment on the report’s content “due to the ongoing investigation.”

The victim said she heard about 10 gunshots before a bullet hit her home.

The body, shot multiple times, was found in an abandoned house in the 1200 block of East Condit Street

Self-taught and inspired by classic slasher flicks like “Halloween” and “Scream,” MacArthur High School freshman Brielle Jackson has been able to create movie-quality prosthetics with just flour, Vaseline and a lot of detail.

An 18-year-old Decatur man is facing preliminary weapons charges after police said he shot at the house of a neighbor who had been in a verbal dispute with his mother.

Watch now: Student tells Decatur school board: 'With so many fights, it's chaotic at times'

Student ambassadors to the Decatur school board on Tuesday again expressed their concerns about fights and violence in Eisenhower and MacArthur high schools.

Walldogs artist Anat Ronen works on a mural in Marshall.

Walldogs artists work on a mural.