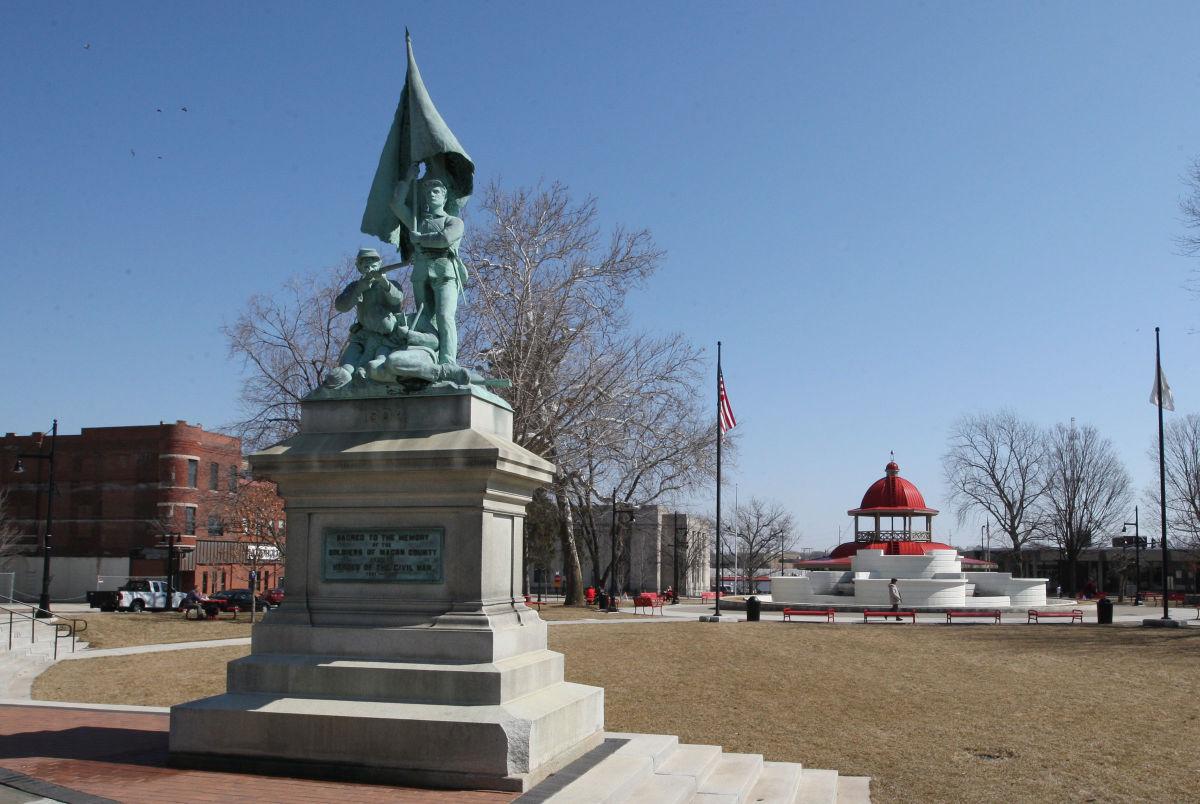 Renovations were completed in Central Park in 2013. 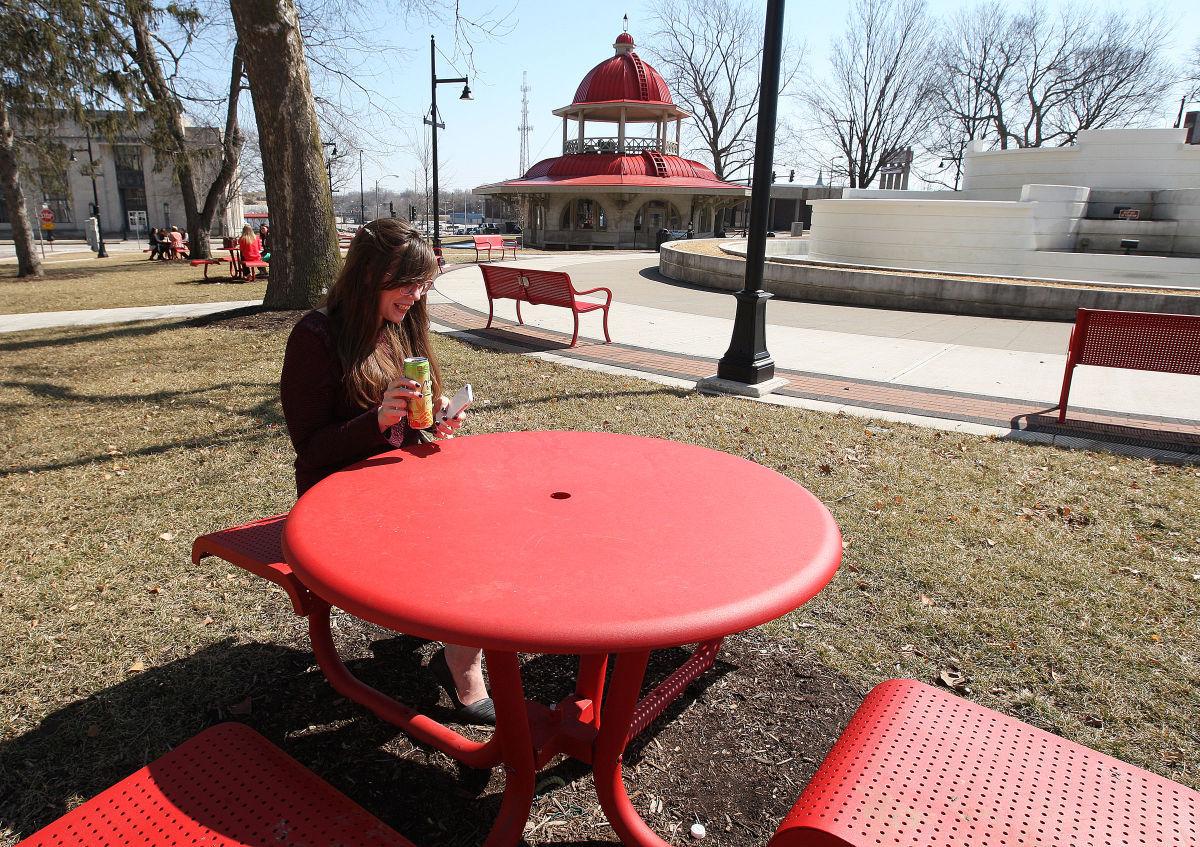 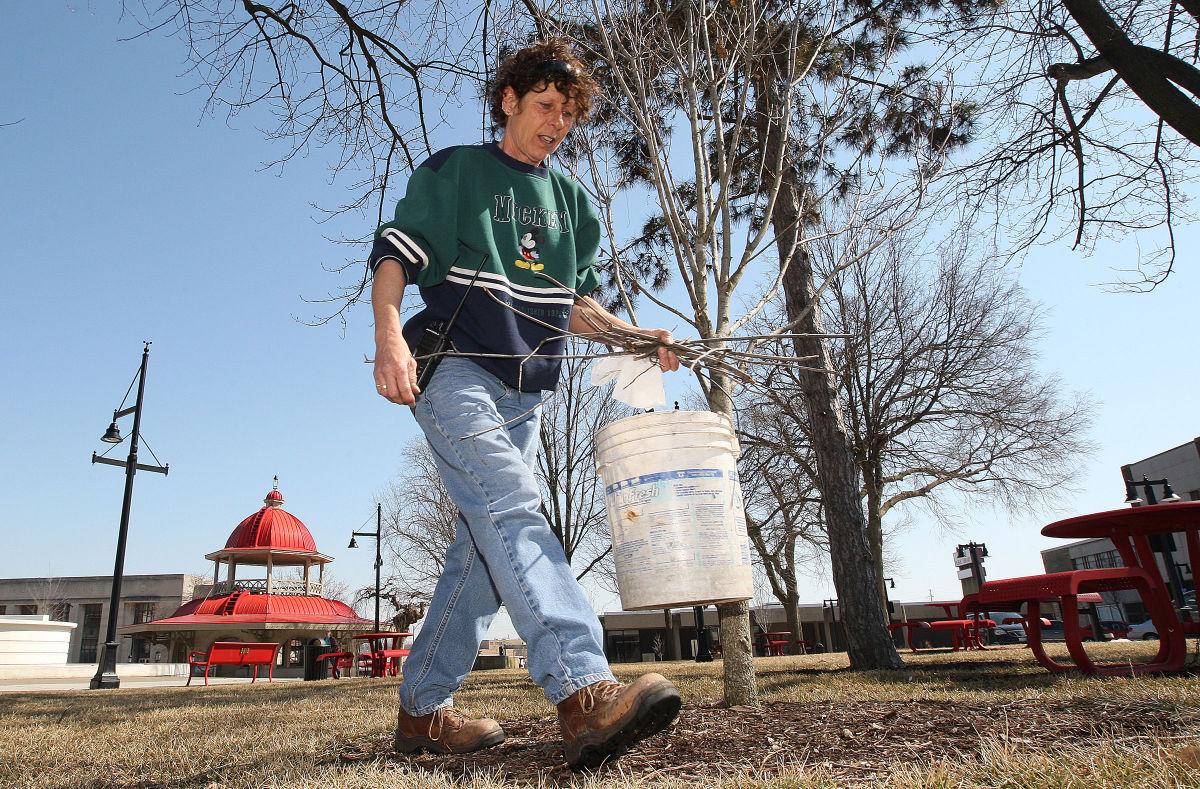 DECATUR – Despite major fires, never-ending renovation projects and a changing cast of businesses, Decatur's Central Park has remained a symbolic heart for the community's art and social scene.

In the center of downtown, the nearly 150-year-old park has seen its share of everything from marching bands, art festivals, the centerpiece for Decatur Celebration and sometimes just a quiet spot for residents to enjoy lunch.

“It's the hub of the city, and people think of it as a destination for the arts,” said Barbara Dove, executive director of Gallery 510.

Though the land has commonly been seen as a cultural center for the city, it's history has been more than a stroll through the park.

Central Park, Decatur's first park, was given to the city in 1855 by Capt. David L. Allen and Dr. Thomas H. Read, two leading citizens of the day and large landholders.

The land was first laid out in a square with the intention to give it to proposed railroads to come through the city but was later donated to the city for the purpose of being no more than a public ground and a common park.

But Central Park was not always the center of the city. A plaque in the sidewalk that is a few feet west of the Civil War statue says that spot “marks the northeast corner of the original boundary of Decatur, Illinois in 1829.”

“From the beginning, Central Park was going to be the heart of the city,” said Joseph L. Trimmer, city historian.

Originally dubbed “New Square,” it thrived in the early years, with the city's only bank and most popular hotel, Revere House, being built around the park. However, the Revere House burned down in 1871, and the area fell into a nearly 30-year decline as the Old Square at Lincoln Square at Main and Main streets became the center of the city's business and entertainment community.

But the newly dubbed Central Park would come back to prominence with the addition of a newer, larger fountain dubbed, M.L. Harry Memorial Fountain, to replace the aged Ten Gallon Lil', and later with the moving of Decatur's famed Transfer House to Central Park from its home at Main and Main streets.

The most recent renovation, completed in 2013, removed the band shell bowl that once sat in the southwest corner and replaced it with a fresh layer of grass that now covers the majority of the park. Additional tables and benches were also placed throughout the park.

Its reputation as a destination has long been there, as a popular spot for municipal bands and art shows well into the early 1900s.

“Central Park stands as a haven in the center of the city,” states a 1987 editorial from the Herald & Review.

The most recent layouts has helped to solve one of the longstanding issues raised about the park, which was how cluttered it could be and the lack of useful pathways. The various sidewalks now lead to and around the Central Park fountain and back toward the street.

These new sidewalks and the other refurbishment is appreciated by those such as Dove who help organize events in the area.

“The new layout is great; it's conductive to people walking around and just laying around,” she said.

While changes in the downtown area have affected the park, Trimmer said it still remains an important part of the city.

“It's still a destination, and when there's something going on, it can still draw a big crowd,” he said.

DECATUR – The city is taking action to ensure that the Transfer House will remain standing, but its future beyond that is still being determined.

Renovations were completed in Central Park in 2013.