DECATUR — Public Defender Scott Rueter suffered a swollen lip Monday after he was assaulted in Macon County Circuit Court by the man he was representing.

Judge Jeffrey Geisler had just ruled that defendant Jarius T. Fuller was not fit to stand trial and Rueter said he had gone over to brief his client — who is held in custody — on where the case stood.

“I stepped away after doing that and he signaled me to come back like he had another question,” said Rueter. “And when I got close enough, he hit me.”

Fuller was handcuffed and Rueter said he was struck in the face by a “kind of a backhand swing” that hurt and left him with a “slightly swollen upper lip.”

“I just then quickly stepped back and let the court security guards jump in and grab him like I knew they would,” added the attorney. “They were very quick.”

Rueter, a former Macon County state’s attorney who is running for the post again, said this was the first time in his 35-year law career that he has been physically assaulted by a client. He said has had death threats and verbal abuse, but no actual attacks.

Judge must decide on $2,800 for expert evaluation in Decatur man's insanity defense

Speaking Monday afternoon, Rueter said he felt fine but Macon County employee policy obliges him to be checked out by a doctor after being injured while at work. Rueter said he did not think it would be appropriate for him to carry on representing Fuller, 33, a client of his for more than 10 years. But he was not going to press charges.

“Nobody has a right to punch me ... but I know this gentleman has a history of mental health problems,” Rueter added.

Charges could be filed by the present State’s Attorney Jay Scott, but contacted Monday afternoon, he said he’d only heard a verbal report of the incident so far and hadn’t made up his mind.

“I don’t know enough about it yet,” Scott added. “The assistant state’s attorney who was in court told me about it, but beyond that I know nothing unless there is a police investigation.”

Macon County Sheriff Tony Brown is in charge of court security but could not be reached for comment Monday.

Fuller was back in the Macon County Jail on Monday night. He is pleading not guilty to four charges of aggravated battery after he was accused of attacking two correctional officers and two inmates at the jail in October 2018.

Fuller will return to court Nov. 25 for another mental health fitness evaluation.

DECATUR — Jarius T. Fuller is going to get a mental health evaluation, despite the fact he insists he doesn’t need one, a judge has ruled.

DECATUR — Jamonta R. Blythe, the teenage Decatur father who tortured his 10-week-old baby daughter by inflicting second-degree burns with a he…

DECATUR — Nathan C. Parnell, who beat and sexually assaulted a terrified woman before chasing her all the way to the front door of Decatur Pol…

DECATUR — Chayla L. Bradford, who responded to her boyfriend’s intention to leave her by repeatedly grabbing his groin and opening up a more t…

DECATUR— Decatur police say they are investigating the death of a 19-month-old boy.

Got a security camera for your home or business? Decatur police say registering it could help them solve crimes

DECATUR — People and businesses who have external surveillance cameras can now register them with the Decatur Police Department, creating a sy…

HERVEY CITY — A motorcyclist was killed Tuesday when his bike crossed the center line of Route 121 near Stocks Road, the Macon County Sheriff'…

Police: 'Agitated' Decatur man arrested after being told hotel had no room

A man described as “sweating and agitated” became abusive and made death threats when he was told there was no room for him at a Decatur hotel, according to police.

Aaron K. Greer, the Decatur handyman prosecutors say showed up drunk and threatened to kill the woman he was going to work for, appeared in court Wednesday, pleading not guilty to sending text message death threats. 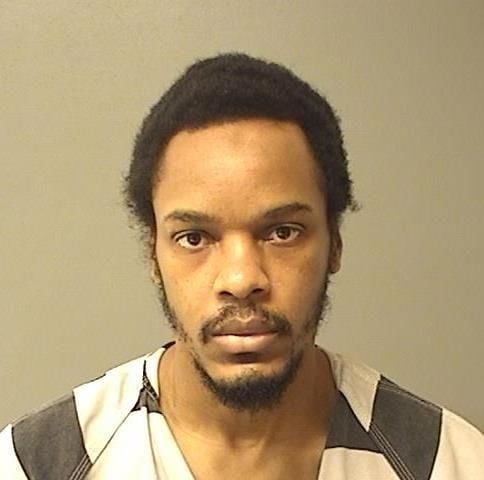