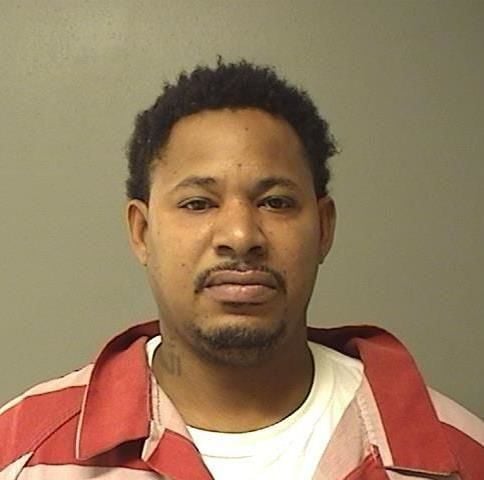 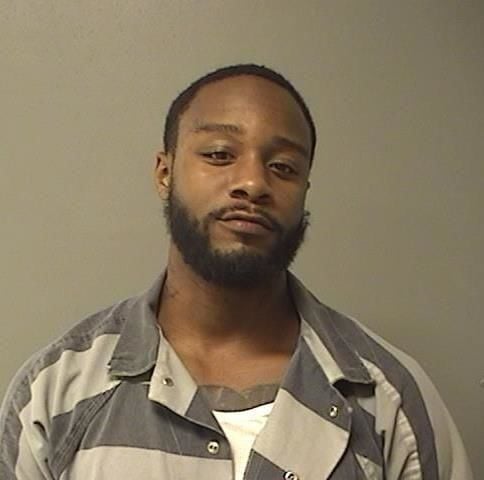 DECATUR — A Decatur man who believed he was being hired to provide a member of Levron K. Hines' family with a tattoo was instead being set up for his own attempted murder, prosecutors allege.

Hines, 37, appeared in Macon County Circuit Court Wednesday for a preliminary hearing in which he pleaded not guilty to a charge of attempted first degree murder after the tattooist was shot multiple times the night of Aug. 27.

Hines also denied two charges of aggravated battery involving the discharge and use of a weapon and a further charge of being a felon in possession of a weapon.

Decatur police Detective Jason Danner, under questioning from Macon County State’s Attorney Jay Scott, said the tattooist had been ambushed by Hines and another man wielding an AK-47 rifle who also opened fire.

The second shooter, not named in court, was previously identified by police as Delahn L. Amos, 29. He has since been arrested and is due in court Oct. 14 for a preliminary hearing on attempted murder charges.

Amos is also the suspect in the Aug. 26 homicide of Demetrius D. Maclin, 31, found shot to death and slumped in a car stopped in the 1200 block of North Edward Street. Amos is now being held in the Macon County Jail with bail set at $11 million.

Danner had told Scott that, on the night of the tattooist shooting, the victim had had accepted a ride from Hines to an address on North College Street. Police later found him in the street there bleeding from several serious wounds.

Danner said the tattooist had later identified Hines from a photo line-up and had referred to him by his street nickname, “Six-Four.”

The detective said the victim told police that when he arrived at the North College address, Hines made a call to summon another man who climbed out of a vehicle clutching the AK-47 rifle.

“And did he then state that Six-Four then shot him, at which point he (the victim) attempted to run away, and that (Hines) told the other individual ‘You better finish him off’ and that individual went and shot at him several times with the AK-47?” asked Scott.

“Yes,” replied Danner. Neither the detective or Scott mentioned any possible motive for trying to kill the tattooist.

Defense attorney Daniel Fultz then asked Danner if the victim had been the only person to identify Hines as the shooter, and the detective replied he was.

Fultz also asked about other suspects identified in the case and Danner said there were two, and one of them was named as firing shots. The attorney wanted to know if interviews about those suspects were included in information being passed to the defense and Danner said those reports were in the file.

Judge Phoebe Bowers found probable cause to try Hines and scheduled a pretrial hearing for Dec. 10. He remains in jail with bail set at $1 million, meaning he would need to post $100,000 to bond out.

Two men have been arrested and a warrant issued for a third in connection with three recent shootings in Decatur, one of which resulting in a death.

The Decatur man's body was found in the 1200 block of North Edward Street at 4:17 a.m. Wednesday by police patrol officers responding to reports of shots fired.

A coroner’s jury heard details on three violent deaths during inquests Wednesday morning, concluding two were homicides and the third the result of an accident.

"The grief is immeasurable and simple words can’t express it," Egerton Dover's mother said Friday at the sentencing hearing for one of the men charged in her son's death.

Trick or treat from afar. That's the suggestion made Wednesday by the state Department of Public Health and other officials about what's shaping up to be the most unusual Halloween in memory.

Rick A. Meador, the Olney fugitive wanted in a murder investigation, was arrested Wednesday in Florida, the Illinois State Police announced.

Starting Monday, Oct. 5, the bridges that take traffic over the bypass lanes of U.S. 51 will be closed.

A Decatur man who police say survived a life-threatening gunshot wound after intervening in a street fight is now facing weapons charges himself.

Police say a Decatur man who got into a fight at a bar sought revenge on his opponent by spraying the man’s house with gunfire.