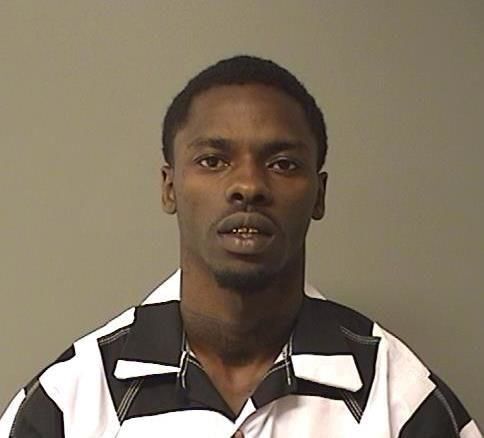 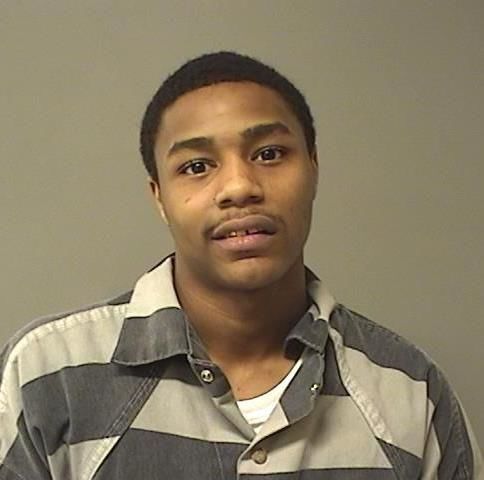 DECATUR — An attorney tried to convince a judge that the prosecution of a Decatur man on weapons charges — following an arrest that sparked a tense confrontation between police and neighborhood residents — was not justified on legal grounds.

Defense attorney William Vig said pursuing charges against 27-year-old Dana E. Bond Jr. after he fled a police stop and a bullet was found on the floorboard of his vehicle, didn’t meet probable cause standards.

Macon County Circuit Court Judge Phoebe Bowers disagreed, and ruled Wednesday that Bond will stand trial on charges of being a felon in possession of ammunition. Bond, who has been held in the Macon County Jail without bail since his arrest June 9, entered a plea of not guilty.

Giving evidence earlier in Wednesday’s hearing, Decatur police Officer Timothy Wittmer described making a traffic stop on Bond’s vehicle because its window tint was too dark to be legal. He said officers recognized Bond as a felon on parole for a previous kidnapping/armed robbery conviction and pursued him as he abandoned the car and ran into a house in the 1200 block of East Hickory Street.

Court documents say four city of Decatur employees were approached by the 45-year-old while cutting a branch that had fallen into the street.

No mention of the confrontation that followed was made in the court hearing, but news reports at the time described a large crowd gathering outside the house. Police, worried the situation would escalate into violence, called for additional back-up. Decatur police Chief Jim Getz, quoted at the time, estimated the crowd at around 100 strong with many of them shouting threats and insults at officers before finally dispersing without incident.

Under questioning from Macon County State’s Attorney Jay Scott, Wittmer said Bond had been clutching something wrapped in a piece of white cloth when he fled into the house. A subsequent search of the vehicle found a live .380 caliber bullet on the driver’s side floorboard and a search of the house discovered two loaded 9mm handguns in the attic space.

Vig, after cross-examining the officer, questioned whether the search of the vehicle was legal and whether the evidence it led to should be suppressed.

“I am not going to hear a motion to suppress,” Bowers told the attorney. “That is not the purpose of today’s hearing.”

Vig then wanted to know whether a .380 caliber bullet could be fired from a 9mm handgun, and Wittmer assured him that it could. Vig also asked how many people were present in the house at the time of Bond’s arrest.

“There were five or six people inside the house,” replied Wittmer.

“Any of the other people on parole?” asked Vig. “All but one,” said Wittmer.

After the judge rejected Vig’s claim that probable cause to try Bond had not been established, she assigned the case to Judge Jeffrey Geisler and scheduled a pretrial hearing for Sept. 3.

And, in an unrelated case also involving another traffic stop for too-dark windows and weapons offenses, 19-year-old Talmel T. Wilson Jr. pleaded not guilty before Bowers on Wednesday to charges of aggravated unlawful use of a weapon and being a felon in possession of a weapon.

Patrol Officer Philip Ganley described pulling over Wilson on June 26 for the windows offense and then finding a loaded handgun on the rear passenger seat.

Questioned by defense attorney Dave Ellison, Ganley said he knew the window tint was too dark from his experience as an officer. And he said police were also acting on a tip a detective had received that Wilson was in possession of a firearm, but he couldn’t remember the detective's name.

Ellison told Bowers that Ganley using his own judgement on whether the vehicle windows were too dark and acting on information from an unnamed detective was too weak to meet probable cause standards.

The judge again disagreed and said the prosecution of Wilson can proceed. She noted Wilson’s not guilty pleas and scheduled a pretrial hearing for Sept. 2. Wilson remains jailed with bail set at $250,000, meaning he must post $25,000 to be released.

Police said the man who ran from them also left behind a live .380 bullet on the floor of the car he was riding in.

Police Chief Jim Getz didn’t mince words about the grim reality of violent crime in and around the city of Decatur he is sworn to protect.

Police said a Decatur man has been arrested in the wake of a fist and gunfight that left two people injured, one of them with life-threatening wounds.

Decatur woman arrested, said she fired at car in self defense

A Decatur woman who told police she had the right to shoot back at people who attacked her was arrested Sunday night on charges she shot out the windows of a fleeing vehicle, according to a sworn affidavit.

Pontiac woman threatened her sister outside a Decatur home with a shotgun, police say

Police say a Pontiac woman faces preliminary weapon and battery charges for threatening family members with a shotgun in the 1800 block of North Union Street.

Paul M. Folks pleaded not guilty to three counts of murder Wednesday after prosecutors accused of him of firing his revolver into the backs of a fleeing crowd and shooting a Decatur woman dead.

Suspect being sought for shooting at a Decatur man and stealing his car, police say

Police say a suspect is wanted for attempted murder and vehicular invasion  after stealing a Decatur man's car Tuesday.

Court documents say the suspect was observed "attempting to throw what appeared to be a sock that was on fire" through a bedroom window.

Detective Sgt. Chris Copeland said the rear window of the vehicle was shot out and a bullet hit the headliner.

Police: Decatur man robbed of gun he carried for protection

A Decatur man who said he carried a gun for his own protection was held up at gunpoint Saturday and robbed of his firearm, police report.

A Decatur woman told police she was robbed and shot at Saturday night.

Josh D. Longfellow appeared in Macon County Circuit Court and pleaded guilty to attempted aggravated unlawful use of a weapon, a Class A misdemeanor.