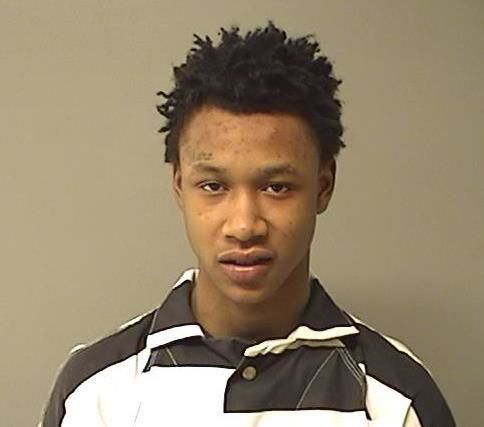 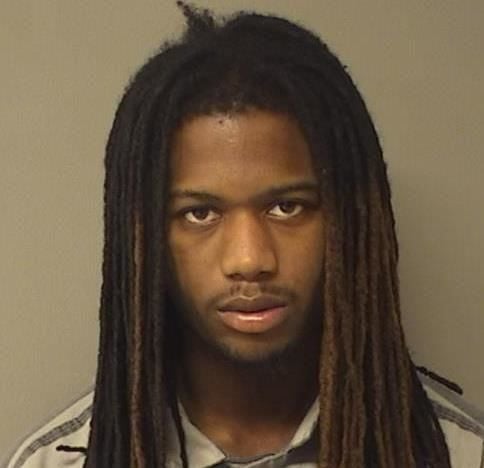 DECATUR — A Decatur man who police say is associated with a street gang that is a law enforcement priority appeared in court pleading not guilty to multiple weapons and drug charges.

Adams and a 20-year-old man, Bryan C. McGee, who earlier pleaded not guilty to firearm offenses, were among several people arrested Jan. 15 when the Decatur Police Street Crimes Unit raided a home in the 200 block of East Olive Street. A sworn affidavit said 10 people were found in the house and had been identified by detectives as “involved/associated” with a gang called “Jumpout.”

“This group has been suspects in recent shootings in the Decatur area and are known to possess weapons,” said the affidavit.

Talking to the Herald & Review for a Sunday story looking back at 2019 crime statistics, Decatur Police Chief Jim Getz said violence and shootings were linked to Jumpout.

“We’re coming after them,” Getz had said. “... They are a nemesis to the safety of our citizens.”

Adams appeared in Macon County Circuit Court Wednesday where he faced three preliminary hearings in a row. They included the Jan. 15 arrest where Detective Jason Hesse said police found him hiding in a closet with $580 in cash in his pockets and a bag on the floor holding five small packages of cocaine. Judge Phoebe Bowers found probable cause to try him on a charge of drug possession.

And, in two proceeding preliminary hearings, she found probable cause to try him on various weapons offenses. The first dates to Sept. 29 when Police Officer Christopher Skalon said a police patrol saw him acting suspiciously and trying to duck out of sight in the 1400 block of East Wellington Way. Police recovered a fully loaded handgun hidden in some bushes where he had been standing and Adams is charged with aggravated unlawful use of a weapon and unlawful possession of a gun.

Less than two months later on the night of Nov. 4, Police Officer James Weddle told the court that Adams had been riding in the backseat of a car pulled over at the intersection of South and West drives. A loaded 9mm handgun was found tucked under the seat cushion where Adams was sitting and he is charged with aggravated unlawful use of a weapon.

McGee had appeared in court Jan. 29 and waived a preliminary hearing before denying charges of aggravated unlawful use of a weapon and unlawful possession of a handgun linked to the Jan. 15 house raid.

A sworn statement from Hesse said police had found McGee in possession of a loaded 9mm handgun that had been reported stolen. McGee also remains in custody in the Macon County Jail with bail set at $250,000.

Both McGee and Adams are scheduled back in court for preliminary hearings March 10.

Rooster will appear in court after killing owner during illegal cockfight

Decatur man arrested at the courthouse returns to plead not guilty to weapons, drug charges

A Decatur man was back at the Macon County Courthouse on Wednesday pleading not guilty to weapons and drugs charges. He had been arrested at the courthouse in October on those charges.

Police: Man arrested for firing gun in Decatur after couple refuses to give him money; arrest follows ID in photo lineup

A 68-year-old man is facing gun charges after a woman told police he fired two shots while demanding money from her during an incident earlier this month on Decatur's northwest side, police say. Officers arrested him Wednesday after she identified him in a photo lineup.

Casey T. Wiley, a Mount Zion man accused of terrorizing his mother and shooting at her, appeared in Macon County Circuit Court Friday and was sentenced to serve three years in the Illinois Department of Corrections, followed by one year of mandatory supervised release.

The Bloomington man accused in a fatal New Year’s Eve shooting pleaded not guilty Friday to murdering a teen who lived in Decatur.

A chased down and cornered Decatur man, who pointed a loaded revolver at police officers, was sentenced to 15 years in prison Tuesday after pleading guilty to a charge of armed violence.

Two Decatur men are facing felony charges after police recovered two guns and drugs Wednesday night while executing a warrant at a home on East Olive, which was the site of a recent shooting, court documents say.

Police arrested a paroled Decatur man on multiple weapons charges after chasing him down following an attempted traffic stop, according to court documents.

Police: Woman turned herself in shortly after fleeing Decatur police

Police say a woman nearly struck a Macon County sheriff's deputy and his K-9 partner with a vehicle Monday evening in an effort to flee during a traffic stop.

VIDEO: Cerro Gordo house fire that took 5 hours to put out under investigation