Normal Police Chief Rick Bleichner confirmed Friday that "we have done additional investigation and follow-up and there are others things we still need to follow up on."

The decision to look at the information related to the 1993 death of the Illinois State University student from Decatur came about two weeks ago when Bleichner first learned about a tip received by detectives in October 2015.

The Pantagraph received a call from the same source after a story in late 2017 that contained statements from Normal police characterizing the Lockmiller case as inactive.

Detectives did not pursue the information in 2015 beyond some initial background checks of what was provided, said Bleichner.

Bleichner said he has now ordered additional follow-up that could include forensic tests after he reviewed the caller's information with detectives.

The delay in notifying the police chief has led to a policy change at the department that makes clear that information on major cases must be shared beyond the detective division.

"We have modified our policy on those types of cases. There will be notification made through the chain of command" of any substantial developments or information, said Bleichner.

McLean County State's Attorney Jason Chambers confirmed Friday that he is aware of the new information and "as with any investigation by a police agency, our office is available to assist."

Chambers cited help with the issuance of subpoenas or access to evidence in the Lockmiller case as areas in which his office may be helpful to Normal police.

Police declined to publicly disclose details of the investigation but the person who placed the call to Normal police has told The Pantagraph that it involves people known to police during the 1993 investigation.

The additional investigation comes as a Rockford man exonerated after serving about 13 years for Lockmiller's murder prepares to take his lawsuit against Normal and three former officers to the Illinois Supreme Court.

Alan Beaman, Lockmiller's former boyfriend, was released from prison in 2008 after the Supreme Court ruled the state's evidence was insufficient to convict him. The information on the background of a second potential suspect that never made its way to the defense was among the issues cited by the court in its unanimous decision to reverse the conviction of Beaman, now 45 and living in Rockford.

Beaman's lawyers welcomed the news Friday that the investigation is under review.

"It is encouraging that Chief Bleichner has taken steps to reopen this investigation. If asked, we will gladly share with him all information we have developed over the years in hopes it will assist law enforcement efforts to apprehend the person who murdered Jennifer Lockmiller," said Jeffrey Urdangen, with Bluhm Legal Clinic at the Northwestern University School of Law.

The Supreme Court has agreed to hear arguments in Beaman's appeal of a court ruling dismissing his lawsuit against Normal and former officers Tim Freesmyer, Frank Zayas and Dave Warner.

In their most recent court filing, Beaman's lawyers renewed their longstanding claim that the second suspect possessed the motive, temperament and opportunity to kill the victim. The man, who also dated Lockmiller, had a history of abusing his girlfriend, used steroids and provided Lockmiller with drugs, according to Beaman's counsel.

Supporting Beaman's efforts to have a trial on his claims that Normal police unfairly targeted him as a suspect are 12 high-profile former prosecutors from Chicago who signed a brief asking that a jury be allowed to hear his case.

DECATUR — A woman was robbed and punched in the head late Saturday night as she left her Decatur home, police said.

25 years after Jennifer Lockmiller of Decatur was murdered, her killer remains a mystery

NORMAL — Twenty-five years after Jennifer Lockmiller was murdered in her Normal apartment, her killer's identity remains a mystery.

Attorney who represented Alan Beaman, whose conviction of Decatur woman's killing was reversed, dies in Chicago

Attorney Karen L. Daniel was struck by a vehicle and killed in Chicago. She led a successful effort to free Alan Beaman, who spent years in prison for the death of his girlfriend, Jennifer Lockmiller of Decatur. 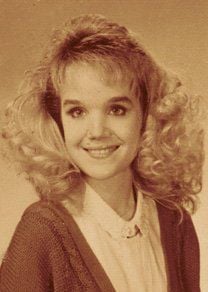 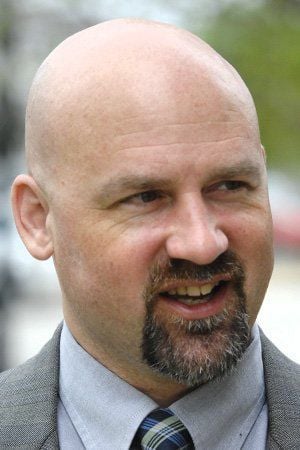