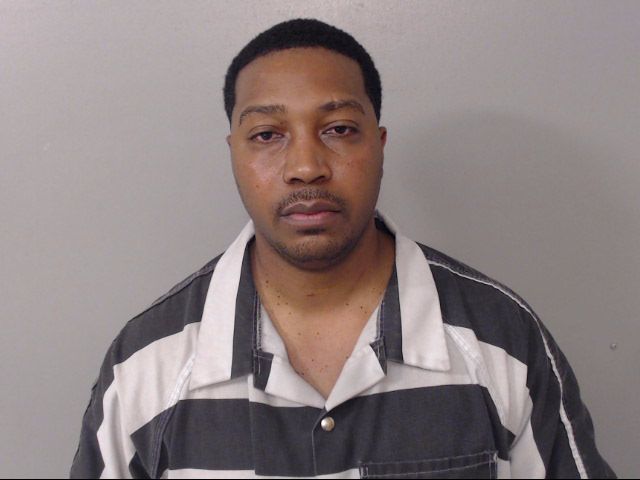 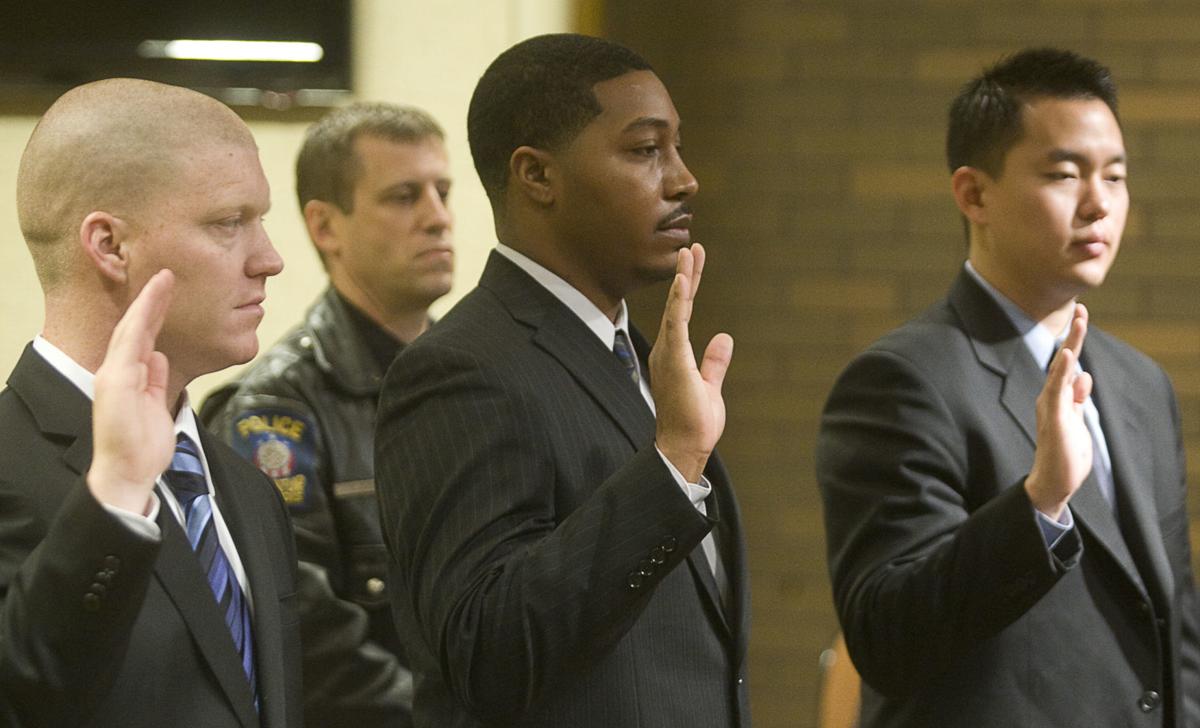 Herald & Review/Lisa Morrison The three new patrol officers for the Decatur Police Department take the oath of office in this 2011 file photo. They are from left, Andrew Wittmer, Mike Lawary and Ben Kim. Lawary was arrested Sunday on charges of domestic battery.

DECATUR — A Decatur police officer was arrested and placed on administrative leave following a domestic battery incident in his home, police said Monday.

Officer Michael Lawary was booked into the Macon County Jail on Sunday afternoon after he was arrested at his home 5:23 p.m., Acting Chief of Police Shane Brandel said in a statement.

Officers were called to the Lawary residence at 3:50 p.m. Sunday on a report of a domestic violence incident. When they arrived, they found probable cause that Lawary had battered his 17-year-old son, Brandel said.

Lawary has been with the Decatur Police Department for seven years. He was immediately placed on administrative leave pending the outcome of criminal and internal investigations. 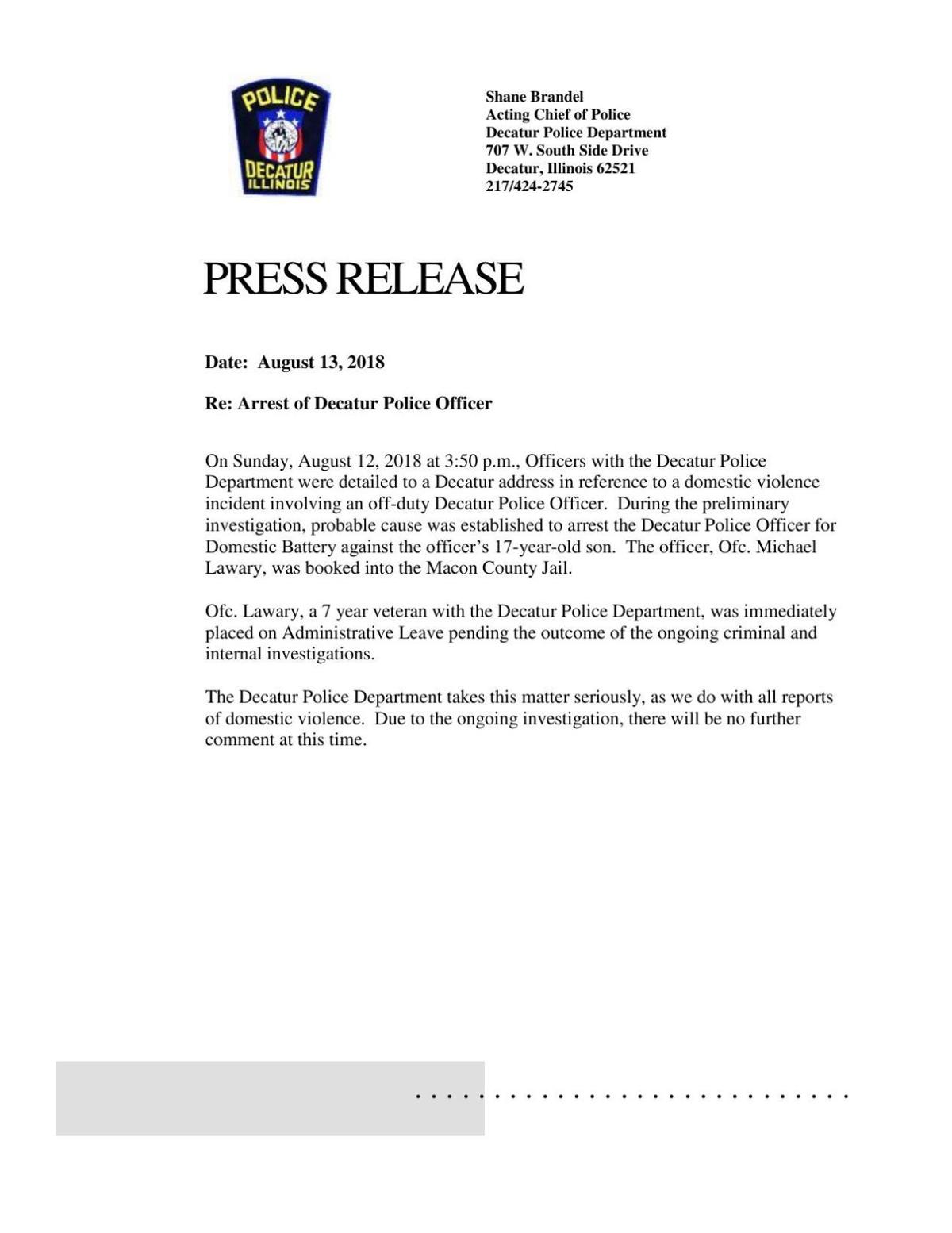 "The Decatur Police Department takes this matter seriously, as we do with all reports of domestic violence," Brandel said, adding that the department would not comment further because of the ongoing investigation.

A sworn affidavit about the incident, released Monday, said Lawary, 38, had arrived home from his police shift at 3:30 p.m. and had gotten into an argument with his son about “something that had occurred overnight” and then seized the teenager’s phone.

When his son asked for the phone back because he needed it for a homework assignment, Lawary is described as punching the boy in the stomach before grabbing his shirt and forcing him up against a wall.

“(The son) stated Michael began throwing closed fist punches at him while keeping him pinned against the hallway wall,” said Sgt. Adam Jahraus in the affidavit. “He stated his father punched him approximately 10-12 times in all with a closed fist. He stated the punches struck him in the stomach, chest, shoulder and right side of his face. He stated his mother was able to eventually separate them.”

The boy also told police he had been held by the neck so tightly he couldn’t speak but was able to breathe during the ordeal. Jahraus said he noted injuries including red marks and swelling consistent with the assault as described by the victim.

The boy’s mother was quoted as confirming her son’s version of events and said her husband had pinned her son against the wall while throwing multiple punches at him. “She stated (her son) did nothing to start the physical altercation and that Michael had thrown the punch that began the altercation without any justification,” Jahraus added.

Lawary is free on $5,000 bond under the conditions he must have no contact with his son or go to his residence. Lawary is due in court for arraignment Sept. 14.

DECATUR — A Saturday evening argument between a Decatur boyfriend and girlfriend, both 14, ended with the girl grabbing a 6-inch steak knife a…

New Illinois law: Kids under 2 must be in rear-facing car seats

DECATUR — Outreach is planned to educate motorists about a new state law requiring that children under 2 ride in rear-facing child-restraint seats.

DECATUR — Police patrol officers were faced by a Decatur man Sunday night who threatened to kill them.

DECATUR — An argument between two female Decatur neighbors, one 77 and the other 37, turned violent Monday evening and led to both of them bei…

DECATUR — More money is being offered for tips about a theft of nine firearms from Cody Redman's Auction House, 2102 Northwest Illinois 121, i…

DECATUR — Showers and thunderstorms are expected in parts of Central Illinois beginning tonight and through Friday, according to the National …

EFFINGHAM — An Altamont resident was taken to the hospital following a two-vehicle crash on Interstate 57 Wednesday evening.

EFFINGHAM — A St. Louis man was taken to the hospital following a crash on Interstate 70 Thursday morning in Effingham County.

Herald & Review/Lisa Morrison The three new patrol officers for the Decatur Police Department take the oath of office in this 2011 file photo. They are from left, Andrew Wittmer, Mike Lawary and Ben Kim. Lawary was arrested Sunday on charges of domestic battery.