DECATUR – Nearly 12 years after the Slovers were convicted of first-degree murder for shooting to death 23-year-old Karyn Hearn Slover, a judge ruled that items that were originally tested for fingerprints should also be tested for DNA evidence, including a partially eaten candy bar and a bag of french fries.

Their trial was highly publicized, and the case was the subject of two TV documentaries.

The basis of the ruling, released Tuesday by Macon County Associate Judge Timothy Steadman, is that the DNA testing techniques in use today were not available at the time of the investigation.

“Most of the items in question were not previously subjected to DNA testing,” Steadman wrote, adding that the testing requested may “significantly advance” a claim of actual innocence.

The Slovers have always maintained their innocence. The Illinois Innocence Project, based at the University of Illinois at Springfield, has been working to gain a new trial for the Slovers since shortly after their conviction.

Prosecutors and law enforcement officers who put in thousands of hours to obtain a conviction during a six-year period have steadfastly maintained that they successfully brought to justice the right people.

Huma Nasir, a DNA expert who testified for the Slovers at an April 28 hearing, said it would be “highly likely” to develop DNA profiles from items including: a straw located inside the vehicle Karyn Slover was driving the night of her murder, other food items found in the car, duct tape pieces used to seal large plastic bags containing her body parts, human hairs found on duct tape and inside the plastic bags.

Some of the items were previously tested for DNA. Nasir testified that DNA testing techniques developed since the Slover trial have improved, including mini-filer testing, which can detect microscopic DNA from material that may have degraded.

J. Steven Beckett, an Innocence Project lawyer, wrote in the petition for forensic testing that a positive result has the potential to identify an unknown suspect and “would completely exclude” the Slovers.

“If (Slovers) are excluded by testing all objects, and DNA is positively identified, these results would significantly advance the defendants' claims of actual innocence,” Beckett wrote in the motion for DNA testing.

Macon County State's Attorney Jay Scott, one of the prosecutors who worked on the case during the trial phase, argued that meaningful DNA evidence could not be obtained from the items.

“Any DNA evidence that might be discovered would not necessarily be connected to the murder,” Scott wrote in his closing argument on this forensic testing motion. “There is no likelihood whatsoever that DNA testing of these items could in any manner advance defendants' assertions.”

No DNA evidence or fingerprints connected the Slovers to the murder because they likely wore gloves while covering their tracks, Scott wrote.

Numerous individuals have handled the items, including defense attorneys, clerks and latent fingerprint experts, Scott wrote. Fingerprint analysts, who found Karyn Slover's prints on some of the food packaging, along with other prints of unknown people, did not use sterile techniques.

“The items have been subjected to conditions under which DNA could be added through contamination or cross-contamination,” Scott wrote, citing testimony at the hearing from an Illinois State Police master sergeant. DNA evidence that was present could have been removed.

The Slovers were convicted by a jury May 17, 2002, on a plethora of direct and circumstantial evidence, including a Slover family dog hair that was found taped to a bag that contained the victim's body parts. Cinders, pieces of concrete and plants found on or near Karyn Slover's body were linked to Miracle Motors, the Slovers' used car lot, where the Slovers dismembered her body. An archeological dig at the lot turned up a button from the shirt she was wearing, as well as a button and rivets from her pants.

The Slovers appeared in court together in Decatur for the hearing on this motion on April 28, the first time they were all together since their month-long trial.

The murder occurred Sept. 27, 1996, after Karyn Slover left the Herald & Review, where she was employed as an advertising representative. She planned to move out of state to pursue a modeling career, and take her 3-year-old son, Colton, with her. Her plan was to pick up her son after work that day from the home of Michael Slover Sr. and Jeannette Slover. The Slovers later told police she never arrived.

Witnesses at the trial testified that Michael Slover Jr. repeatedly threatened to kill Karyn Slover and committed acts of domestic violence against her.

In arguing against DNA testing, Scott wrote that Karyn Slover's family, the Hearns, “continues to be deprived of closure” by a series of motions by the Slovers to overturn their verdicts.

A film crew on Wednesday filmed footage in Decatur for an upcoming special on Karyn Hearn Slover, who was murdered in 1996.

The murder of Karyn Slover will be featured on Oxygen’s "One Deadly Mistake," which airs at 6 p.m. Saturday. 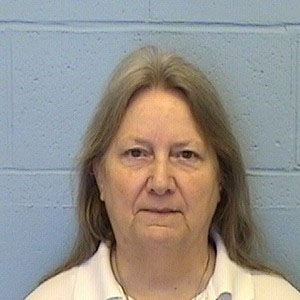 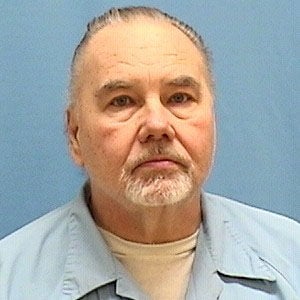 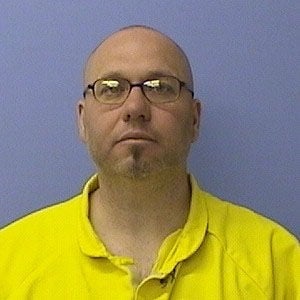