DECATUR — Convicted Decatur child rapist Jarquez A. Hobbs was sent to prison for 54 years on Thursday for a crime the judge described as “vile, sick and disgusting.”

Hobbs, 25, had been found guilty by a jury April 8 of invading the apartment home of a sleeping 5-year-old girl at 5 a.m. on Aug. 5, 2019, and snatching the child from her bed before raping her in the family’s dining room and forcing her to perform sex acts.

Prosecutors said he had then kissed the sobbing girl on the cheek and told her “she was no good to him anymore” before calmly walking out as her unknowing family slept on.

The child, now 7, sat in court with her mother and lifted her tear-streaked face to Macon County Circuit Court Judge Thomas Griffith before telling him the assault had left her feeling “angry” and sad.

The child’s mother said she leaned on her Christian faith to cope but it was hard to find forgiveness in her heart for a rapist who had destroyed her daughter’s childhood and had never showed “no remorse, no compassion, nothing,” for what he had done.

Hobbs had been convicted of three counts of predatory criminal sexual assault and one count of home invasion. But the way the charges were considered by the court, one of the sexual assault counts was merged into the home invasion conviction for the purposes of sentencing. That brought the sentencing range to a maximum of 120 years.

The child’s heartbroken mother wanted Hobbs to get sentenced to every minute of the maximum available penalty: “Child abuse is a sick and disgusting cycle and it needs to be broken,” she said. “The only way to secure that it will never happen again is to throw away the key.”

Special prosecutor Kate Kurtz clearly felt the same way. She described Hobbs as a violent criminal with juvenile convictions for aggravated armed robbery and a vile person who had calmly “run his mouth” about raping the child while chatting to another child sexual predator being held with him in the Macon County Jail.

Detectives testified at Thursday’s hearing that the fellow offender Hobbs chatted with, Gary L. Boyle from Harristown, had even called the girl’s family from jail offering to testify about what he had been told. Boyle is now serving a 90-year sentence for child rape and making child pornography.

Kurtz said Hobbs was a predator without conscience who thought nothing of breaking into someone else’s home to hunt for a child victim to satisfy his twisted sexual pleasure. And she said normal sentencing mitigation factors, like weighing up whether criminal conduct threatened or caused serious physical harm, would be ridiculous to even consider in this case.

“That is insane: he sexually assaulted a 5-year-old child…” added Kurtz. “... He committed a heinous, heinous offense … and his conduct is worthy of 120 years in the Illinois Department of Corrections.”

Defending, Caleb Brown said he would not try to minimize or excuse the severity of the crimes. But he begged the judge to consider that Hobbs had no felony record previously as an adult and recommended the court impose a sentence of 25 years as the most appropriate penalty.

“I would point out that he is only 25-years-old with no significant adult felony history — none — and in fact there is rehabilitative potential here,” said Brown. “I do think Jarquez, being as young as he is and with his lack of criminal history… can be rehabilitated and can enter the community.”

Summing up prior to passing sentence, Griffith said Hobbs’s crimes were so bad that actually giving him a 120 year prison term was “probably not unreasonable… however, I can’t impose sentences based on vengeance.”

Hobbs was then sentenced to 24 years each on two predatory criminal sexual assault charges, to be served at 85%. He was sentenced to six years on the home invasion charge, that sentence being day for day eligible. All sentences were ordered to run consecutively.

He was also ordered to register as a sexual offender for life.

Jarquez A. Hobbs was found guilty of the home invasion and rape of a 5-year-old Decatur girl.

Hobbs denies raping child in her own home and his defense counsel said DNA evidence is weak.

Jon Merli admitted repeatedly sexually assaulting the child while her mother was out at work.

A former teacher who lives in Forsyth is facing new charges involving sexual violence against a minor in Tennessee.

Teen raped girl in Decatur hotel room while her parents slept in next bed, police say

A 19-year-old Decatur man was arrested Wednesday after police accused him of raping a 6-year-old girl in a Decatur hotel room while the child’s parents were asleep in a bed a few feet away.

Brandon N. Tovar remains in the custody of the Macon County Jail with bail set at $400,000.

A Decatur man faces preliminary charges that he sexually assaulted a young girl over the span of approximately a month, police say.

Deoane A. Stone goes to prison for 10 years for the repeated sexual assaults of a girl under 13.

Ashley N. Jobe, 33, was sentenced to a total of 10 years in prison Wednesday for sexually abusing two boys under the age of 13.

Sex predator Gary L. Boyle looks set to die in prison as he begins serving a total of 90 years.

The 45-year-old man had been arrested in August 2019 after the girls came forward to tell their stories.

He's jailed but will be electronically monitored if he makes bail.

The following updated photos are from the Illinois State Police Sex Offender Registry for Macon County, last names A-D. Case information is he…

URBANA — Decatur man Courtney Williams was sentenced to 27 years in federal prison Monday for luring a minor girl to his home, drugging her an…

Convicted sex offender accused of resisting police and had to be shot with stun gun before he was arrested.

A Decatur mother used pepper spray to repel her adult son after he kicked the front door off its hinges and tried to invade her home, police say.

Police say he broke in to fight a male resident of the apartment.

When is a dirty picture just a picture, and when is it a crime? Decatur child sex case has attorneys fighting over the answer

Appellate court decision redefines what is considered an offense against children.

Corey I. Jones is set to face trial in December. 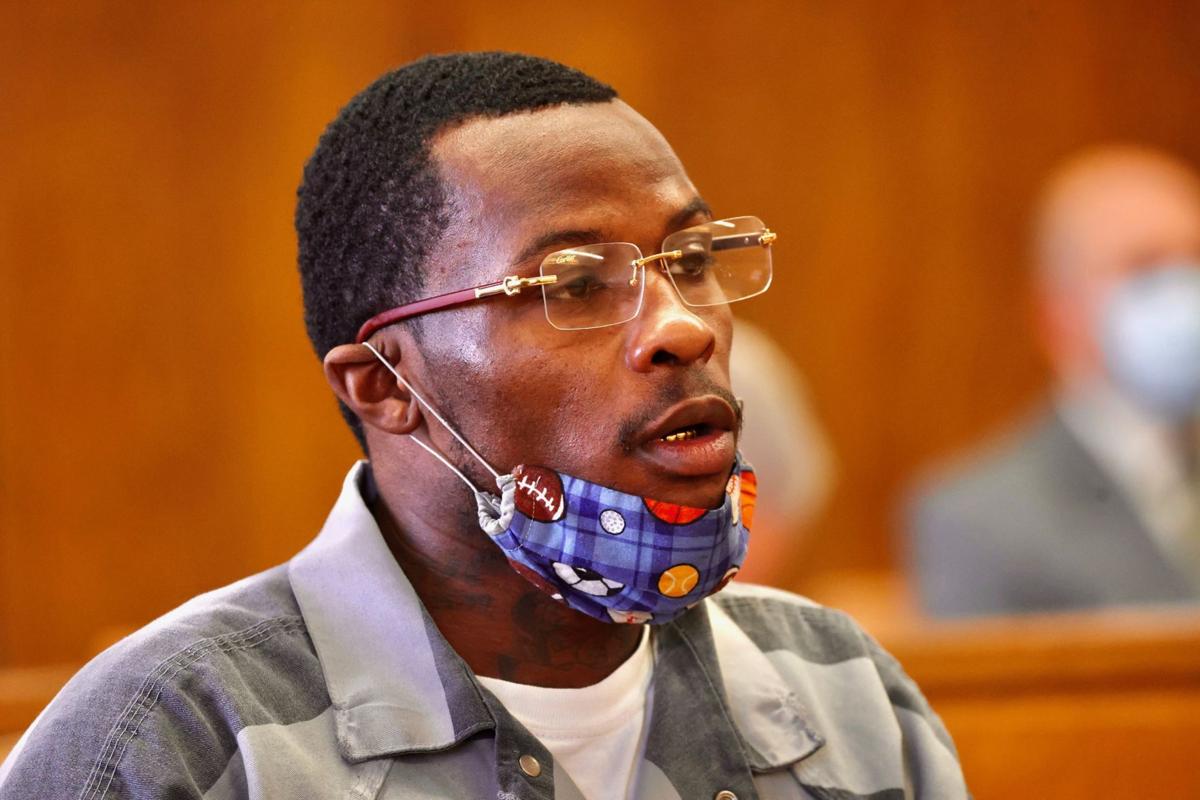 Jarquez A. Hobbs listens as he is sentenced to 54 years in prison for child rape. 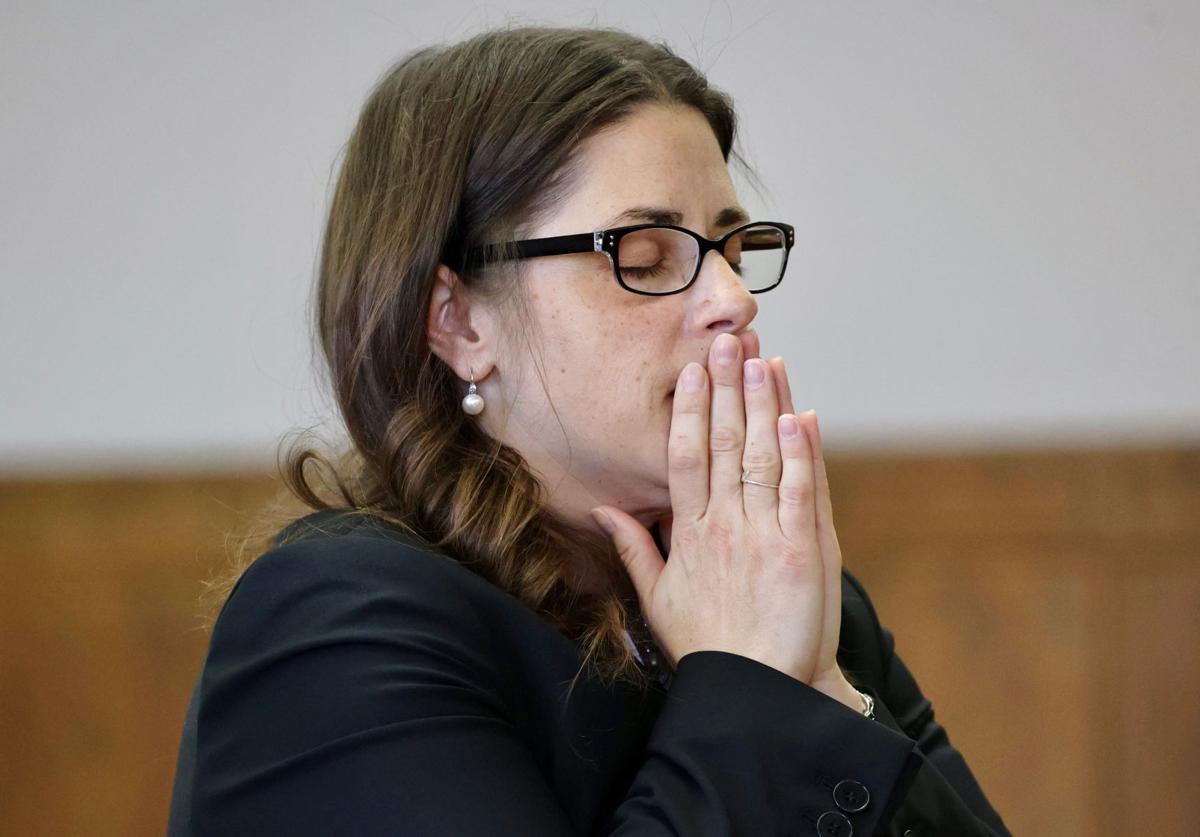 Special prosecutor Kate Kurtz pauses as tries to find the right words to describe the enormity of Jarquez A. Hobbs' crimes. Kurtz recommended he be sent to prison for a maximum 120 years. 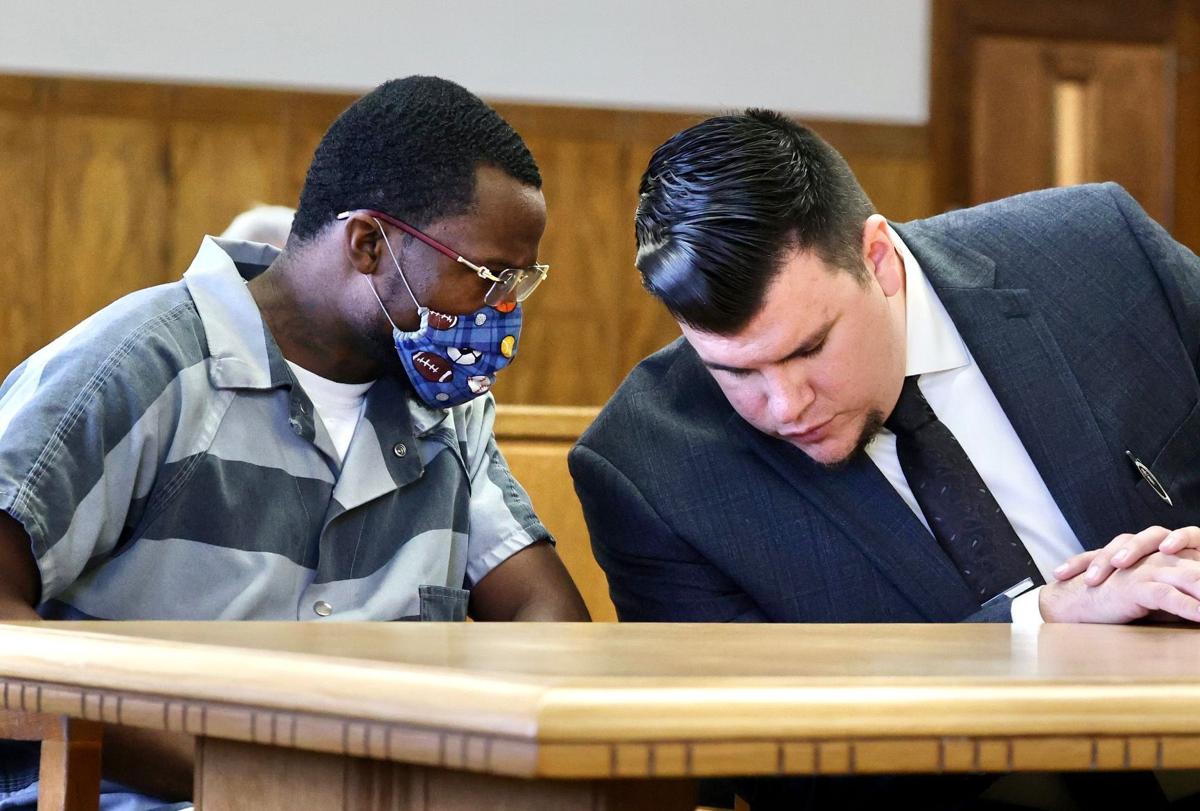 Jarquez A. Hobbs, left, consults with his defense attorney, Caleb Brown, during Thursday's sentencing hearing. Brown had pleaded for Hobbs to be given a 25 year sentence.