BLUE MOUND — Paul Sheriff returned to his childhood home of Blue Mound to show his documentary, “My Sister Hali,” for the first time. The film follows the successes and tragic loss experienced by Sheriff, his brother and the town of Blue Mound.

The film was shown at Meridian High School as part of the Blue Mound Fall Festival on Saturday. Before the film, Toby Towson, a professional dancer and a featured member of the film, performed a dance. Then, Sheriff introduced the film to a group of about 100 former teammates and community members by saying he began the project because he needed to finally deal with his loss, he said.

The movie was his answer to his inner question of what to do, “when burying the past isn’t easy anymore,” he said.

Sheriff’s sister, Hali, was a talented gymnasts in the 1960s, who by many accounts was the best gymnast in the world. Hali, Sheriff and other children practiced and competed at a club run by their parents in Blue Mound, called the Blue Mound Gymnastics Club.

The team went on to fame and success and, as was said in the film, “put Blue Mound on the map.”

Hali and Paul Sheriff’s parents died in a plane crash in 1966 on the way back from an exhibition performance in Iowa. After this, the gymnastics club fell apart, and Paul Sheriff and his brother John moved out of the area to live with an uncle.

“I was very excited to show it to my teammates,” he said. “Because I knew they would understand it.”

One teammate, Marnie Bankson Beebe, was a member of the Blue Mound Gymnastics Club, and her father took many of the photos featured in the film.

“It was very interesting,” she said Saturday. “I think he did accurately portray the devastation that the gymnasts felt.”

Her father also was involved in the search for the Sheriff family after the accident.

“I’ve been approaching this very steadily now for two years, and preparing myself,” Beebe said. “Just the experience of being a gymnast and then going through that death process was very emotional.”

Sheriff is also fundraising to help with the costs of making the film. He said he is about $16,500 toward his $70,000 goal also hoped to raise awareness and funds to continue marketing and showing the film.

He is still accepting donations on his GoFundMe page. Sheriff hopes to show the documentary at film festivals, on public television and to gymnastic groups and other athletic programs.

The late Herald & Review Community News Editor Bob Fallstrom played a part in the film. He spoke regarding his memories of Hali and the Sheriff family as well as the successful Blue Mound Gymnastics Club.

Past articles from the Herald & Review reveal Fallstrom had an intricate understanding of Hali’s talent and understood her potential and the loss her death brought to gymnastics in the United States.

Sheriff said in an interview in December 2016 that Fallstrom knew and wrote about Hali’s success in a 1984 piece. Fallstrom said the United States would have been part of the international gymnastics scene much sooner had Hali lived.

“That article was 20 years after Hali died,” Sheriff said at the time. “He was on it. He wanted people to know.”

As Fallstrom reported in 2010, Hali's mother, Virginia, organized the Blue Mound Gym Club around Hali and coached the members on a victory trail across the U.S.

The group included Toby Towson, Marnie Bankson, Judy Reed, Becky Brown, Lynnette Damery and Alice Bean. These gymnasts were also included in the film during a reunion of the team members.

He also reported that just before the plane crash, Hali and her mother returned from a three-week tour in England.

At the time of the trip, Muriel Grossfeld, one of the world's best competitive gymnasts and a noted coach, said about Hali: "I think of all the young girl gymnasts in the world, Hali is the most promising.”

Sheriff's journey led him to realize that Hali was a physical genius when it came to gymnastics, he said, and this helped him understand himself and his life and helped him to deal with some of his insecurities.

“I see that now,” Sheriff said. “And it is so beautiful.”

The showing was a success, Sheriff said, and he plans to continue to share the story of the Blue Mound Gymnastics Club and his family.

“I would like to show it to the world,” he said.

BLUE MOUND — It's not an exaggeration to say the world changed when a small plane crashed near Galesburg in 1966. 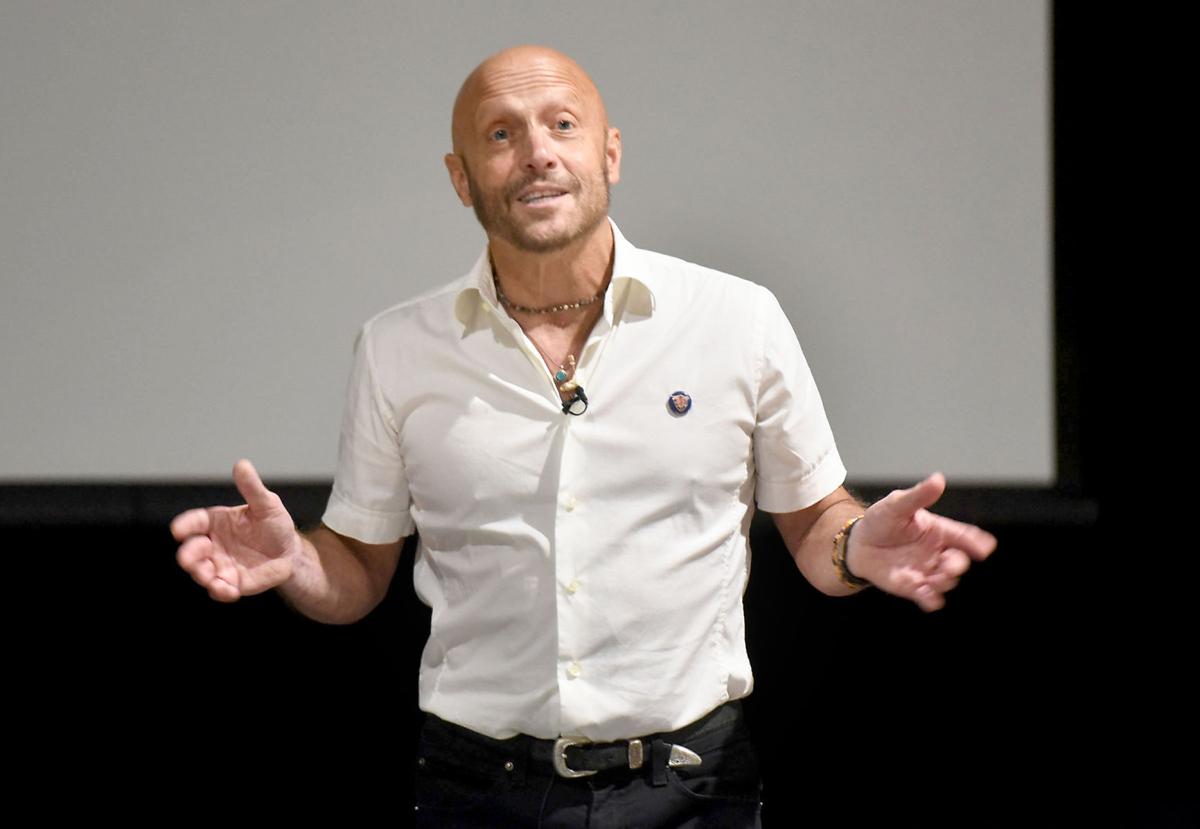 Graphic Designer and educator Paul Sheriff talks to a group gathered Saturday about the documentary film titled "My Sister Hali" in the Meridian High School Auditorium. The documentary uses archival images, film and newspaper articles which brings together his story about his sister, Hali Sheriff, and the story of the Blue Mound Gym Club. 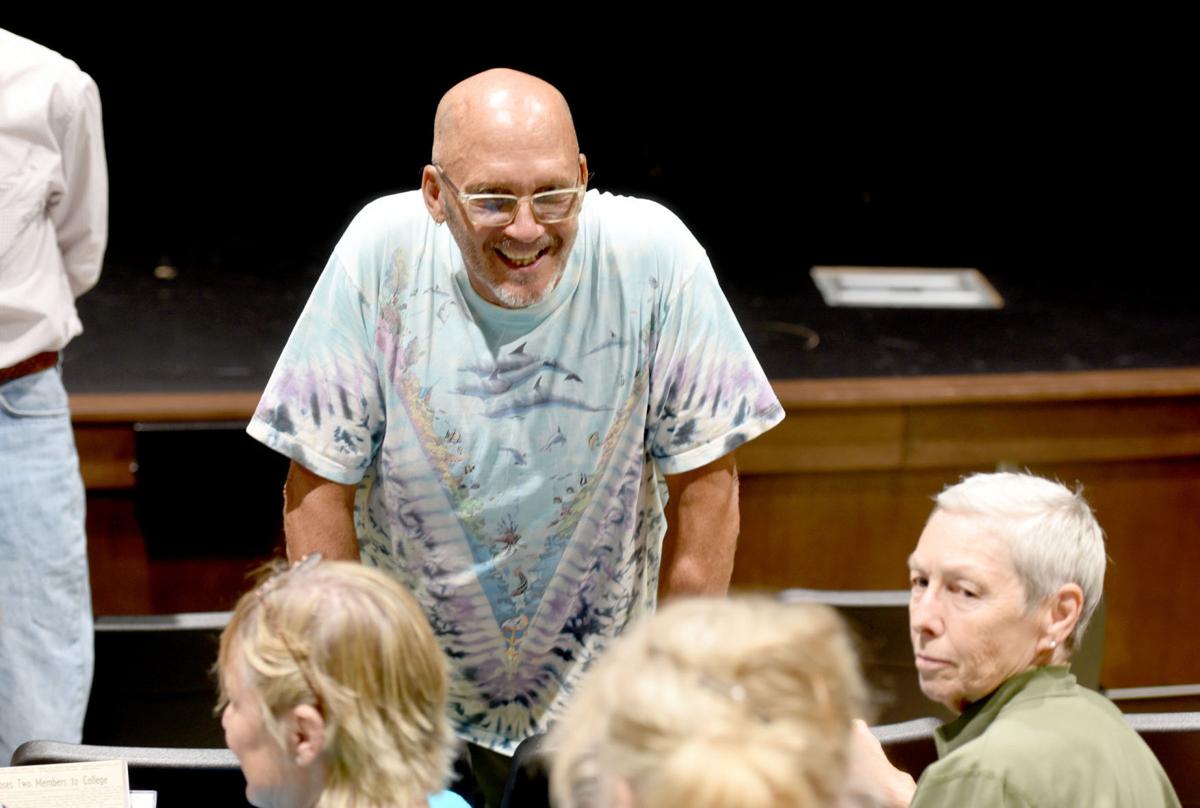 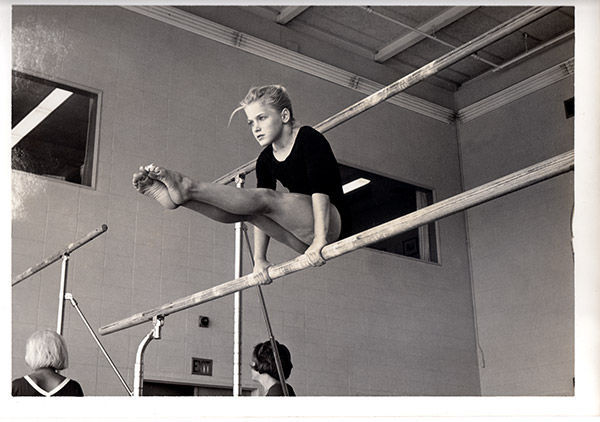 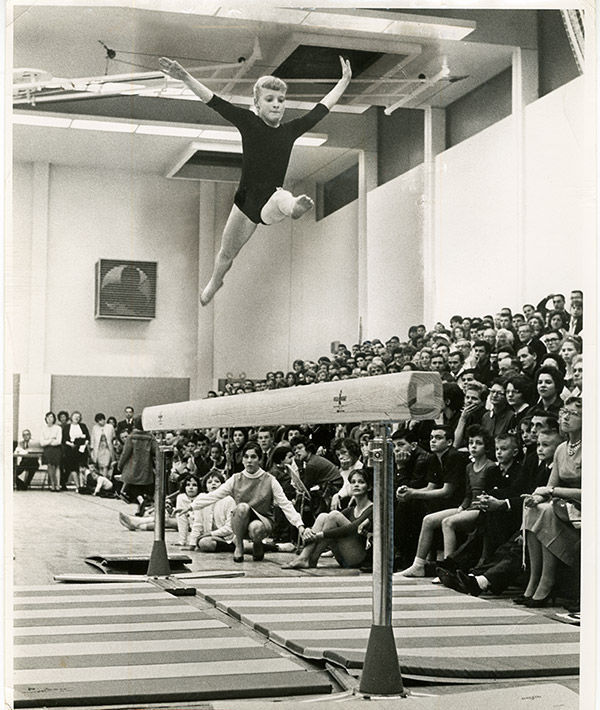 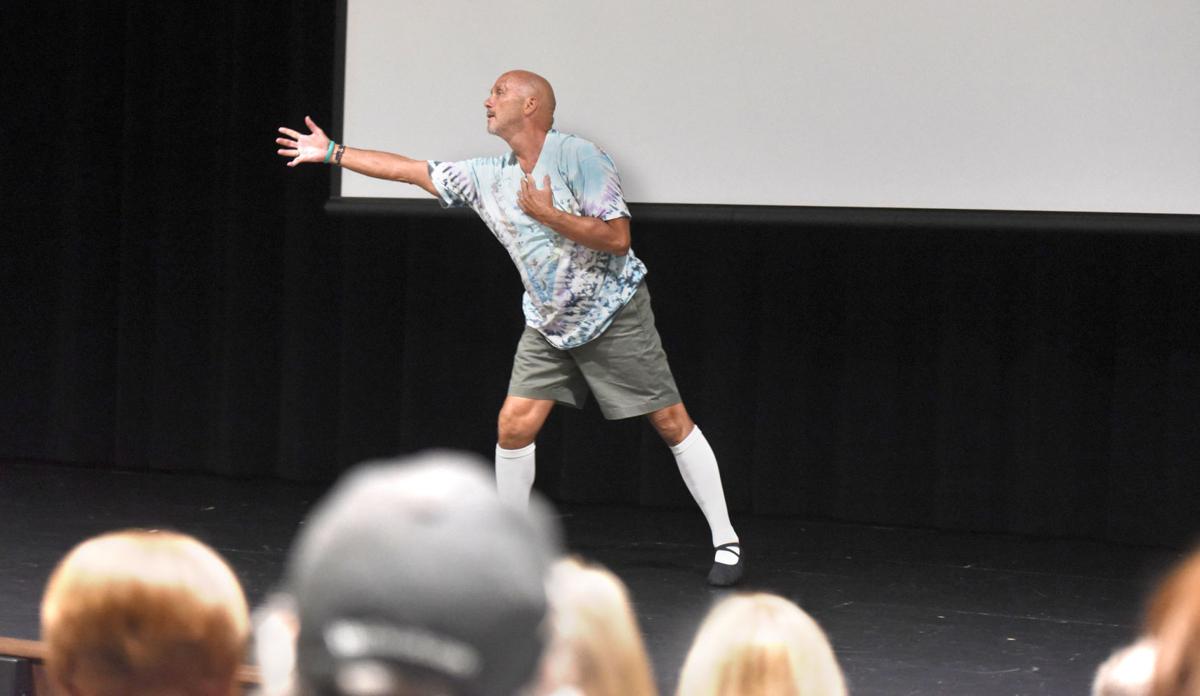 Former Mound Gym Club member and gymnast and dancer Toby Towson performs a interpretative dance to "Smile" by Nat King Cole before a group gathered Saturday about the documentary film titled "My Sister Hali" in the Meridian High School Auditorium. 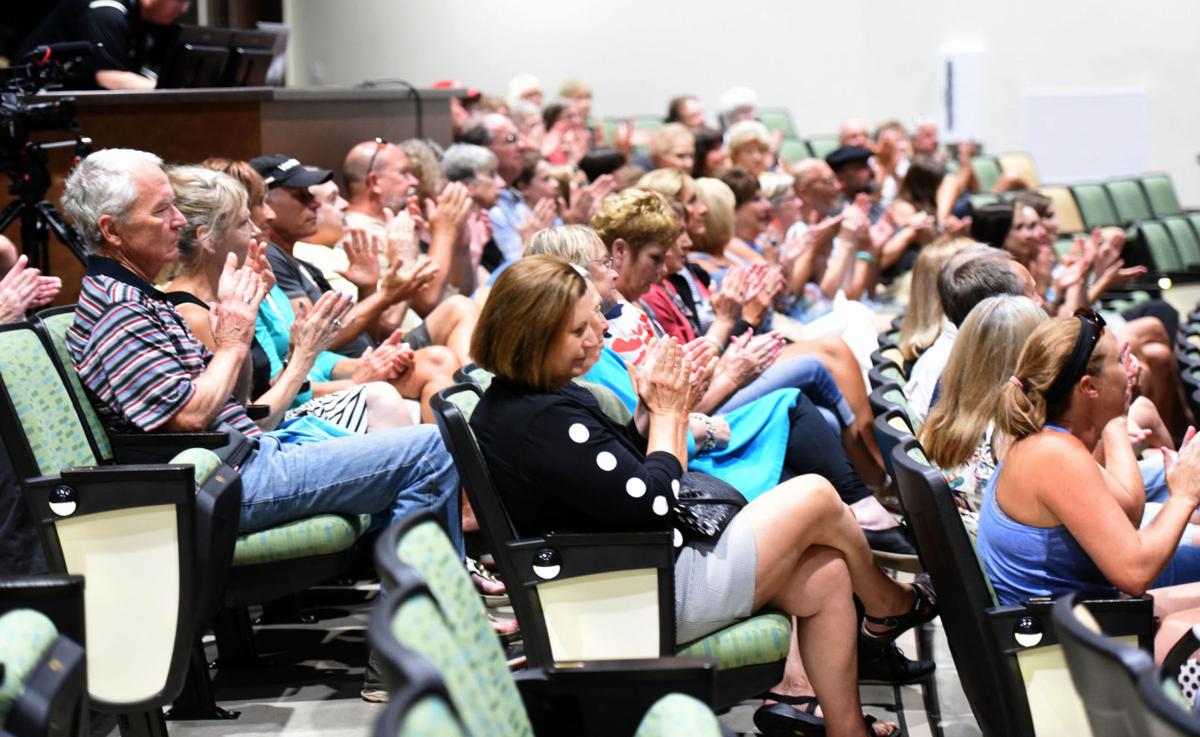