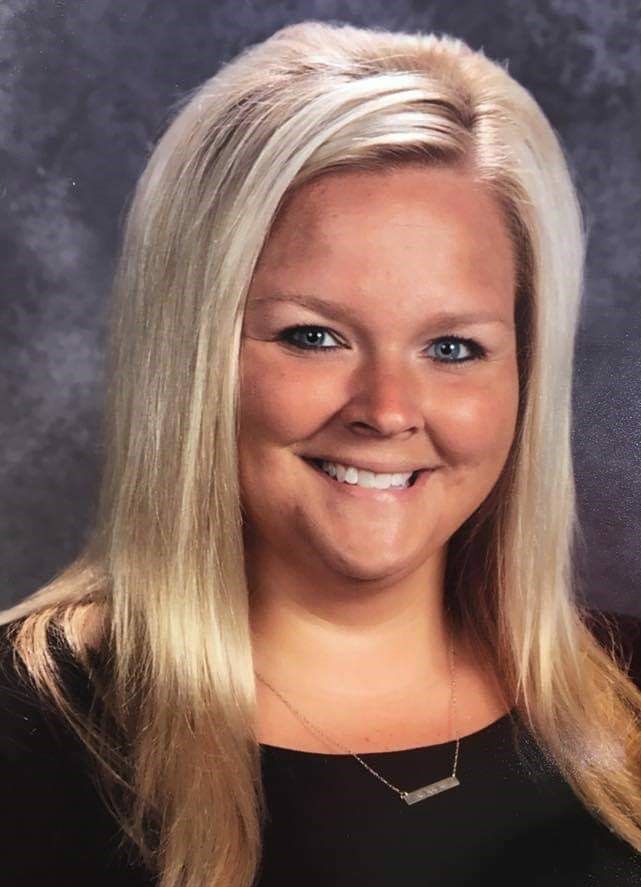 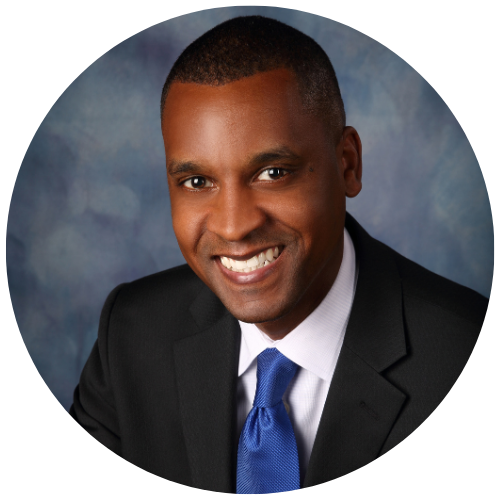 DECATUR — Thirty Decatur public school teachers have been issued reprimands for failing to follow grading guidelines put in place for remote learning, a union official said, with some educators saying the district’s expectations are unfeasible.

“So my questions tonight are these. When will the micromanaging stop? When will teachers be allowed to make mistakes without facing potential discipline around topics which have always been a conversation before now?” said Chrissy Petitt, president of the Decatur Education Association teachers' union, during a school board meeting this week. “When will the 'gotchas' stop? The culture we are currently teaching in is toxic at best.”

School administrators who have spent the past weeks overseeing a wildly different academic setting are again at a crossroads about next steps during the ongoing COVID-19 pandemic.

All Decatur classes have been taught virtually this academic year because of COVID-19. Sixteen district educators spoke or submitted comments for the Tuesday school board meeting, all pointing to issues with the pacing of lessons, grading procedures and oversight by administration.

Johns Hill Magnet School teacher Heather Samonds said the pacing guides and grading guidelines are unrealistic during remote learning, and teachers are receiving emails late on Friday afternoons scolding them for something they've done and ruining their weekends.

“Teachers need flexibility to give our students what they need,” she said. “We are educated professionals, and we need leadership to help us.”

Denise Swarthout, a spokeswoman for the district, on Wednesday did not respond to a request from the Herald & Review to comment about the remarks made by teachers.

The school board has a policy of members and administrators not responding to public comments during meetings. At times, the district superintendent will ask for contact information from someone speaking for a follow-up conversation, but that didn’t occur Tuesday.

Illinois schools shut down in mid-March because of COVID-19. As infection numbers declined this summer, school systems decided whether to have in-person or remote learning or a mix.

The state board has said that schools are expected to conduct learning, give grades and require attendance as usual, whether students are meeting in person or virtually.

The district has about 8,700 students.

Assistant Superintendent Jeff Dase on Tuesday said he’ll meet with teachers to work through issues. He said remote learning was not designed to deliver instruction long-term, but rather fill in during an emergency, although they now need to make it work.

“Ultimately, if we do not get this right, we are just passing the buck,” Dase said, adding later, “Is it harder during virtual learning, yes, but at the end of the day we cannot shift down and take a backseat. These are our kids' lives we're talking about and they still have to get this instruction and we need all hands on deck.”

“The workload is immense compared to going in person,” said Flores, who is a student ambassador to the board. “It's doable, but students have to devote most of their day to it.”

Last school year, the state relaxed certain requirements as schools shifted to remote learning. That did not happen this year.

Andrew Matthews, representative of the Illinois Education Association, said 30 educators so far have been issued reprimands for failing to follow new grading guidelines, that classes are larger than the DEA contract calls for and that teachers are being held accountable for students who are not engaging in remote learning.

Matthews during the board meeting on Tuesday compared the district's current climate to a nuclear power plant with alarms and sirens going off and no one paying attention to them. He said communication between the union and board is non-existent.

“This isn't how it works in other districts. You have a chance to listen or you can have Chernobyl,” he said.

Jalyn Pearce, who attends Eisenhower, also spoke of the heavy workload and the difficulty being experienced by some students who have trouble getting online and learning enough to do their homework from online sessions.

“It's becoming unhealthy for the mental well-being of students,” she said. “We need more time with teachers for extra help. Students are struggling, and this is a lot of kids, this is from freshmen to seniors, MacArthur and Eisenhower both, people in AP, honors and regular classes.”

Decatur is one of the only districts in the region to have been entirely remote since the academic year started. Officials have said that they are closely monitoring health data and may return to class as numbers improve. Another announcement is expected on Oct. 30.

Dace said parents must also do their part. Parent-teacher conferences, most held virtually, will be in the next two weeks.

“This is the opportunity to ask these questions,” Dase said. “How did my child earn that grade? A standards-based approach allows parents to understand more clearly what is expected of students and how to help them be successful in their learning.”

Petitt said that teachers will follow up with the district in the hope of resolution.

“Life is hard right now for everyone,” she said. “Parents, students, and teachers need to know you have their back.”

Updated: This story has been updated to clarify that the Herald & Review asked for comments from the Decatur school district about the remarks by teachers.

7 of Decatur's most historic homes 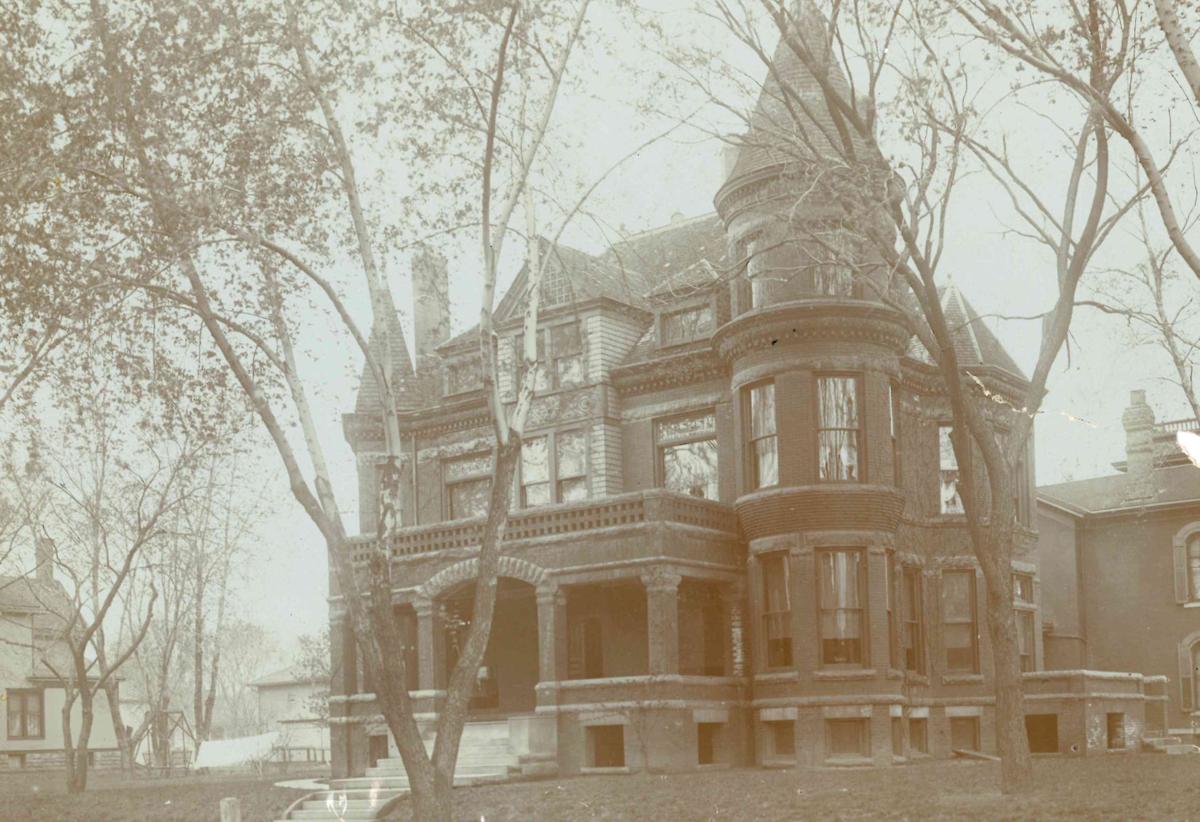 Undated: John H. Culver home. It was sold to Roy Phillips in 1950 by Elizabeth C. Shellabarger, daughter of John H. Culver. Phillips remodeled it into apartments. 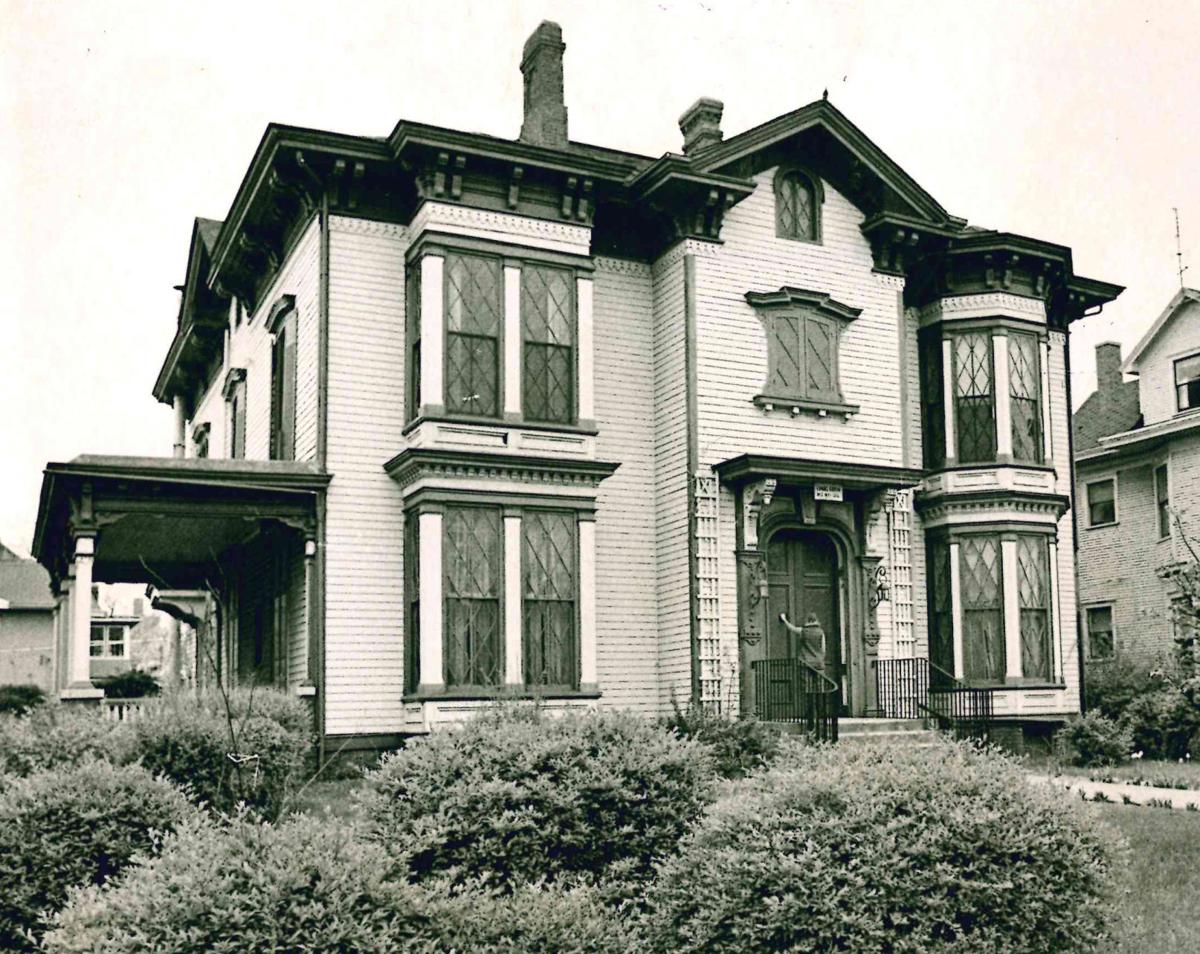 1975: The Oglesby Mansion, home of the state's only three-time governor. 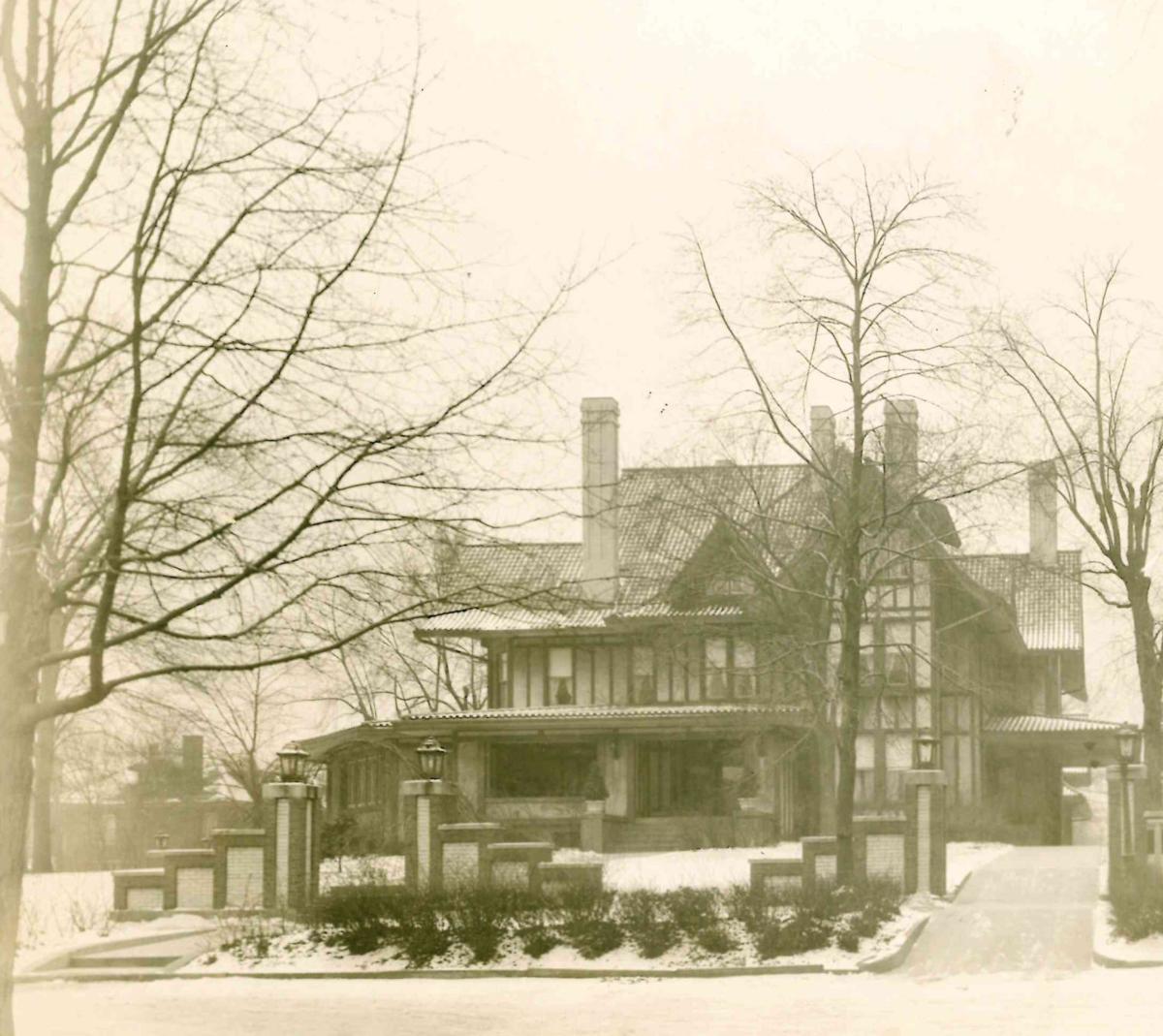 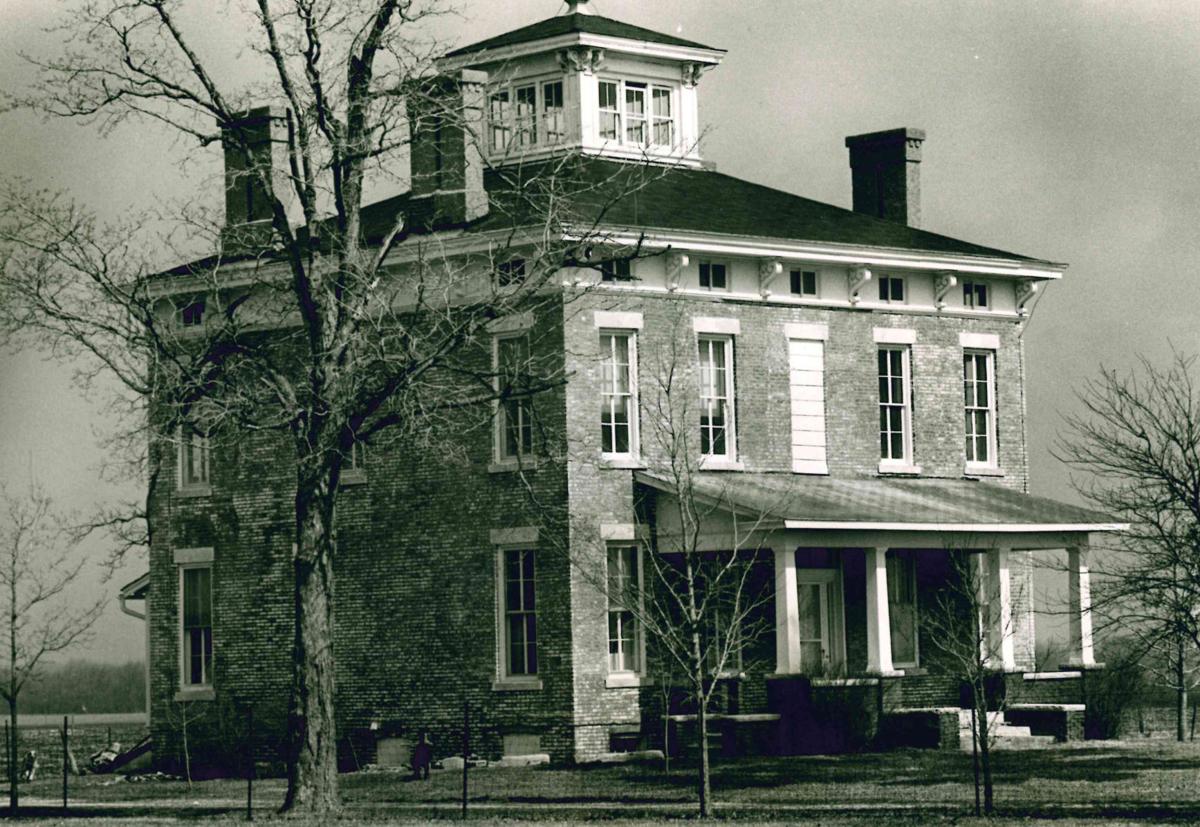 1979: The Eli Ulery house has historical and architecural significance, a state official says. 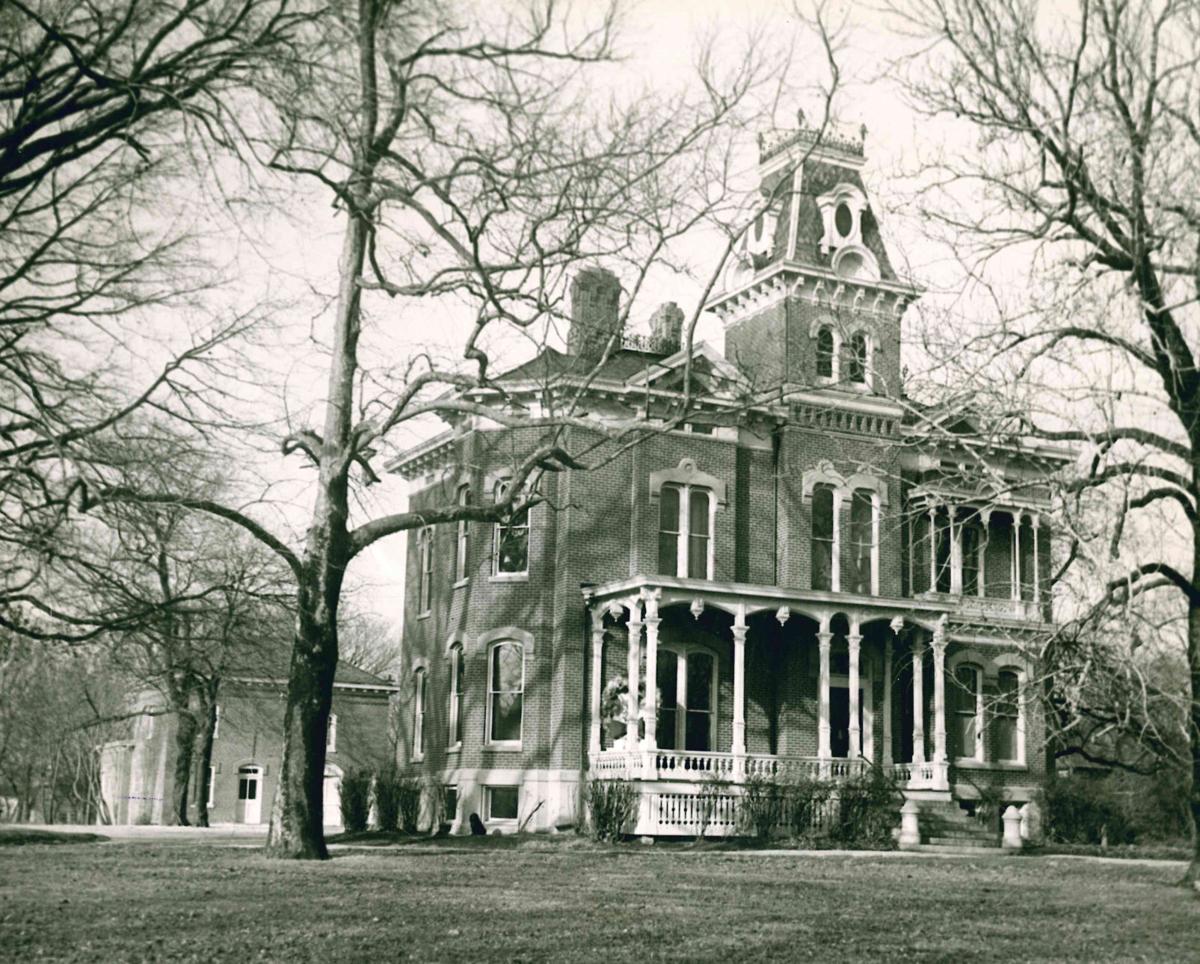 1957: Repairs to the Decatur Art Center, 125 N. Pine St., make it look as shiny in 1957 as it may have looked when builty by James Millikin in 1876. The sturdy brick building has been tuckpointed, the wood porches rebuilt, the woodwork painted, plumbing, wiring and roofing has been repaired. After the death of Anna B. Millikin in 1913 the house stood vacant until used as a hospital in the flu epidemic of 1918. The first paintings were hung in 1919. 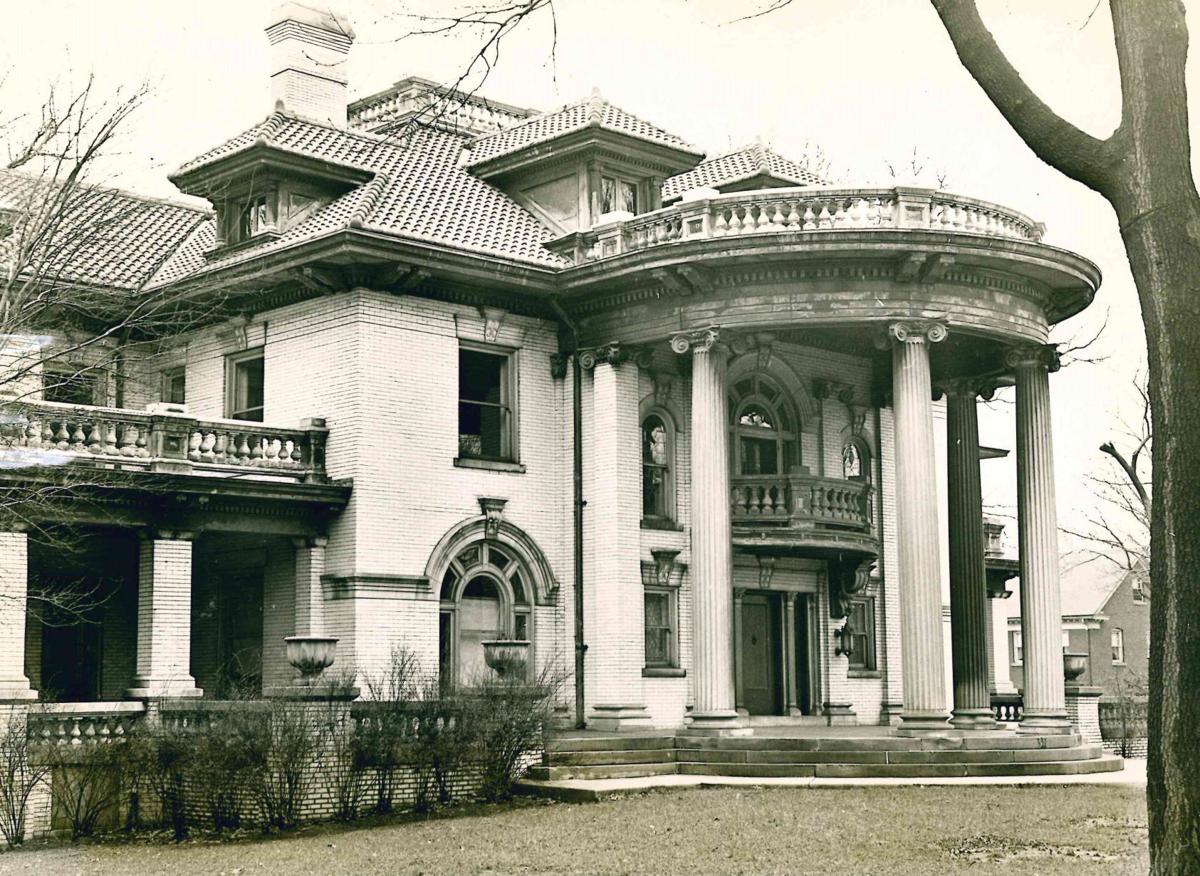 7 of Decatur's most historic homes

Decatur has had its share of powerful families at a time when a person's status could be measured by the opulence of their homes. Names from the late 19th and early 20th centuries might have included Millikin, Powers or Oglesby. We refer to these homes as mansions still today, the cost of which to replicate would be out of the reach of all but the wealthiest.

Here are seven photos of some Decatur homes found in our archives.

Undated: John H. Culver home. It was sold to Roy Phillips in 1950 by Elizabeth C. Shellabarger, daughter of John H. Culver. Phillips remodeled it into apartments.

1975: The Oglesby Mansion, home of the state's only three-time governor.

1979: The Eli Ulery house has historical and architecural significance, a state official says.

1957: Repairs to the Decatur Art Center, 125 N. Pine St., make it look as shiny in 1957 as it may have looked when builty by James Millikin in 1876. The sturdy brick building has been tuckpointed, the wood porches rebuilt, the woodwork painted, plumbing, wiring and roofing has been repaired. After the death of Anna B. Millikin in 1913 the house stood vacant until used as a hospital in the flu epidemic of 1918. The first paintings were hung in 1919.

What do you think about comments made about remote learning in Decatur schools? Join our conversation at herald-review.com/letters.

DECATUR — "Engineer in the Classroom" is usually a very hands-on program.

The Macon County Health Department says there now have been 2,195 cases since the start of the pandemic.

Decatur school board members sought a larger share of votes on the Macon-Piatt Regional Office of Education. "We welcome continuing this conversation, if it provides a pathway to a resolution that includes a 50% weighted vote," the school board president wrote.

After listening to the 28 public comments and a lengthy discussion, the Decatur Board of Education on Tuesday rejected a $30,000 bonus for Jeff Dase, assistant superintendent for teaching and learning.

The school district and board members declined interview requests leading up to to the vote.