DECATUR — The year that Chris Barnett began working in Decatur public schools, NASA astronauts landed on the moon for the first time. The Rolling Stones were No. 1 on the Billboard charts. Filling a gas tank in Decatur cost less than 35 cents per gallon.

Barnett has been the district’s go-to person for anything and everything related to audio and visual technology for the last half-century. During Tuesday's school board meeting, the electronics technician was recognized by school district leaders for the role he's played in Decatur schools' success since 1969.

“He exudes humility, kindness, gentleness, generosity, respect and humanity,” said Mike Sotiroff, former director of the district’s buildings and grounds department. “He is a behind-the-scenes guy who gets his affirmation from seeing the relief of a teacher after he fixed a dimly lit Promethean projector; the smiles and excitement of the students who can now see the bright screen and the thumbs up from Mel Roustio for the great sound from the PA system at the Turkey Tournament.”

True to his reputation for humility, Barnett was taken aback by Tuesday’s presentation. Sotiroff was part of the surprise: The two worked together for 30 years, but Sotiroff retired in 2016. He came back Tuesday to help recognize his former colleague and friend.

“I’m rather speechless,” said Barnett, 69. “To everybody, this has been a good ride all the way. It’s a public service, I enjoy it, I still enjoy it. So thanks.”

Speaking after the meeting, Barnett said he never intended to stay for 50 years. "I just love what I do," he said.

Barnett was originally hired to maintain the audio-visual equipment and intercom systems in the district. At that time, the district had over 20,000 students housed in 40 school buildings, Sotiroff said. Sotiroff began overseeing Barnett’s work in 1986 when the district supplied Barnett with a larger, better equipped shop that would support the increasing demands on his department.

“His commitment to improving the services provided by his department and his passion for making sure the staff had the tools they needed to instruct our students was evident in everything Chris touched,” Sotiroff said. Now, Barnett manages more equipment for the district in addition to projectors at Avon Theatre and the caroling bell towers at Lincoln College.

Decatur student ambassadors also presented Barnett with a piece of art commissioned by Makayla Rogers, a senior at Eisenhower High School. Because Barnett has an extensive vinyl record collection, Rogers overlapped three records vertically. On the center record, she painted a picture of the iconic transfer house in downtown Decatur, connecting Barnett’s love of music and a rich piece of the city’s history.

School board President Beth Nolan also presented Barnett with a $5,000 bonus check and thanked him for his time with the district.

Amy Zahm, Eisenhower High School principal, said Barnett has been a key player in the success of the district.

“He (Barnett) is everywhere,” Zahm said. “If we need something done, he makes sure it is done to the absolute best of his ability.”

“I’ve never worked with anyone who has worked somewhere for 50 years,” Covault said. “This is to show him how much we appreciate him.”

See video of Chris Barnett being recognized during the Decatur school board meeting at herald-review.com

More coverage of the Decatur school board meeting. PAGE A2

Decatur schools will close early Wednesday, Thursday due to heat

DECATUR — Decatur public schools are set to close early Wednesday and Thursday due to heat.

DECATUR – For years, students at Decatur's parochial high schools had some juggling to do when they got old enough for driver's education and …

When Progress City was first envisioned, its purpose went well beyond just being home of the Farm Progress Show. In conjunction with the maste…

Kevin Breheny didn't know he would be named Citizen of the Year. They called it 'Operation Breheny.'

DECATUR — Some trickery was employed to get Kevin Breheny to the Greater Decatur Chamber of Commerce awards luncheon Thursday, where he was na…

Eisenhower High School graduate Londarius Hayes is the only student ambassador to the Decatur Board of Education to serve two years and attend every meeting. 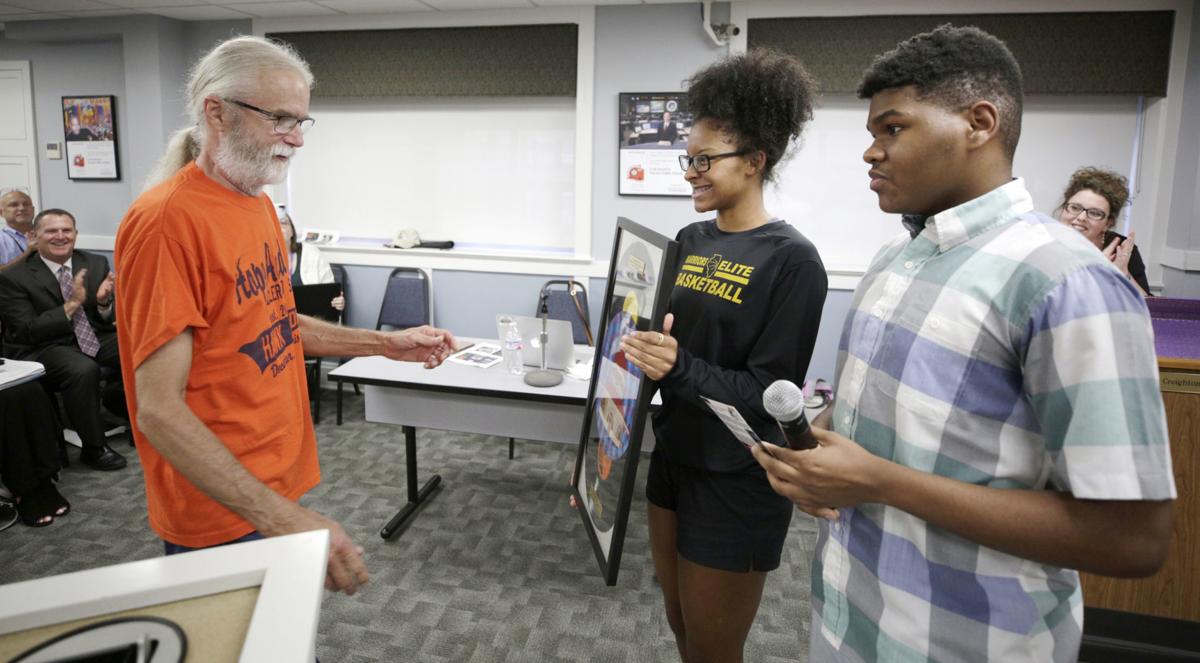 Chris Barnett, left, receives artwork featuring a painting of the Transfer House on a vinyl record from Eisenhower High School seniors Kyaria Cotton, center, and Londarius Hayes, right. Barnett was honored Tuesday for his 50 years of service to Decatur Public Schools. The painting was made by Eisenhower senior Makayla Rogers. 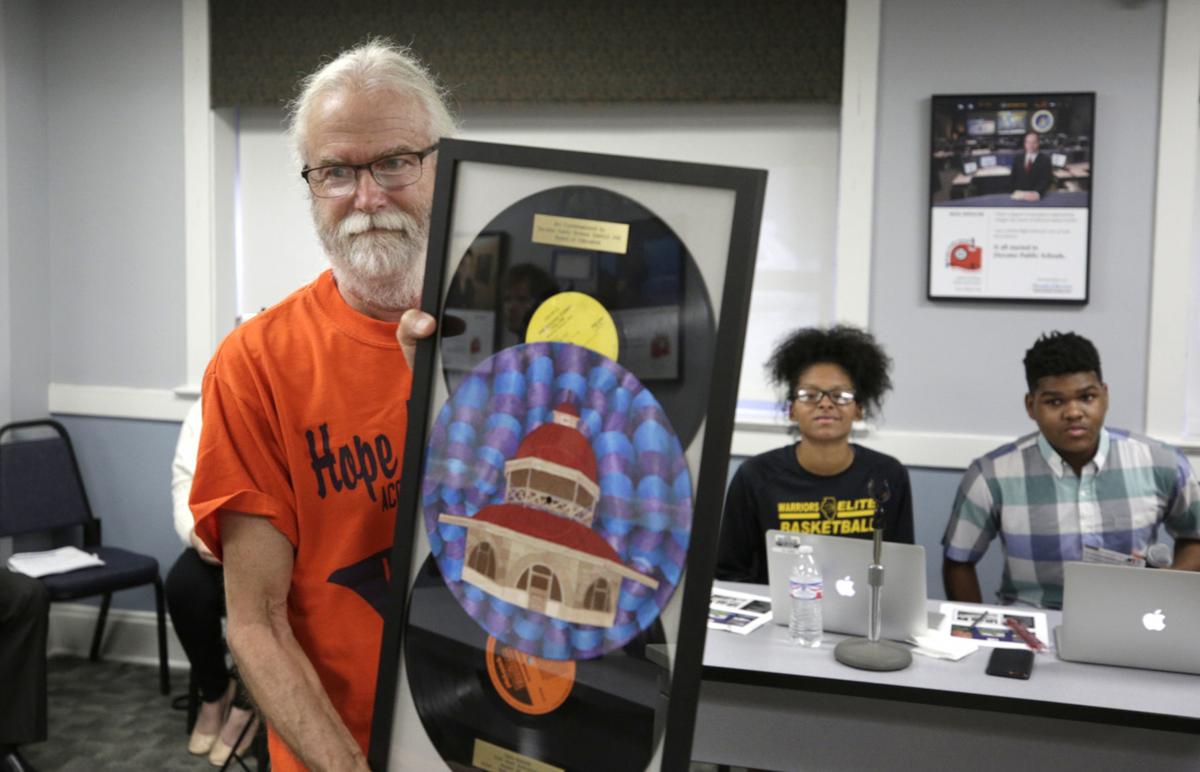 Barnett holds Makayla's creation at the Sept. 10 Decatur school board meeting during which he was honored for his years of service to the district 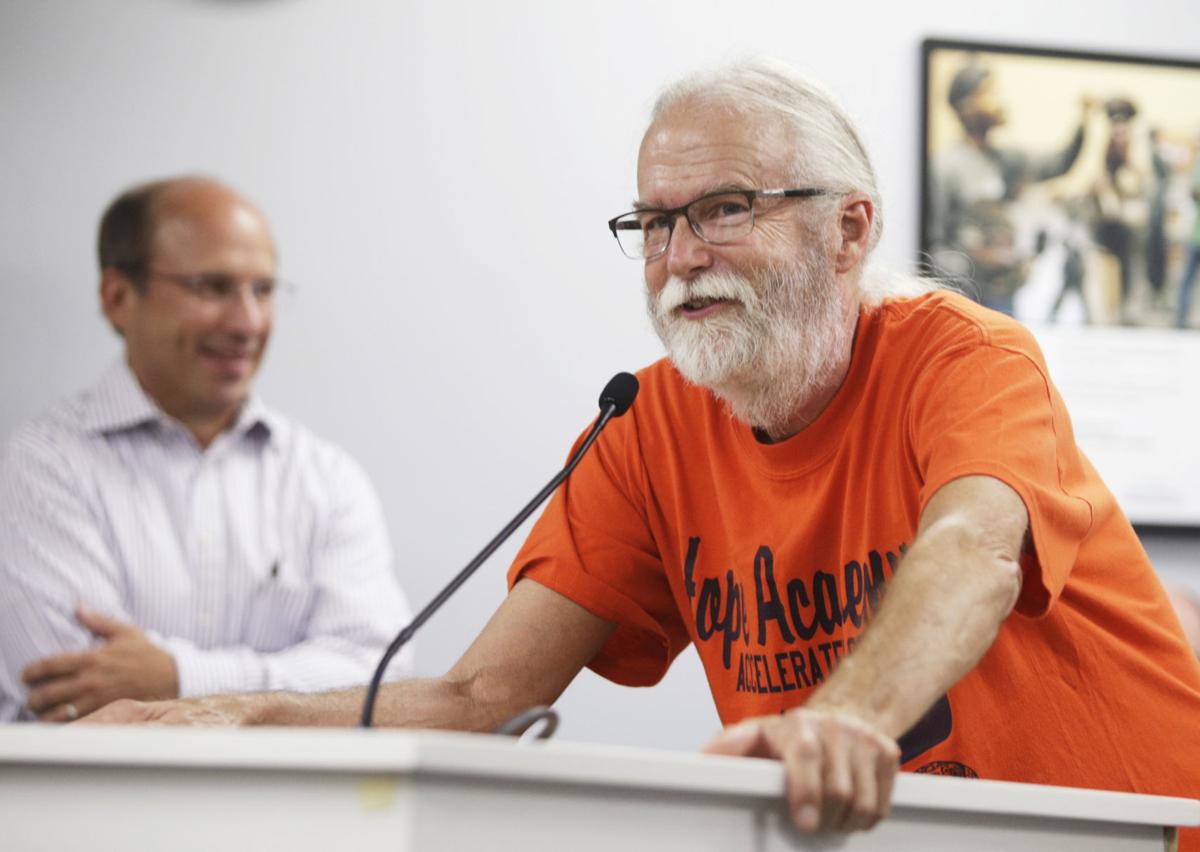 "I'm rather speechless," said Chris Barnett, accepting recognition for his work with the Decatur School District. 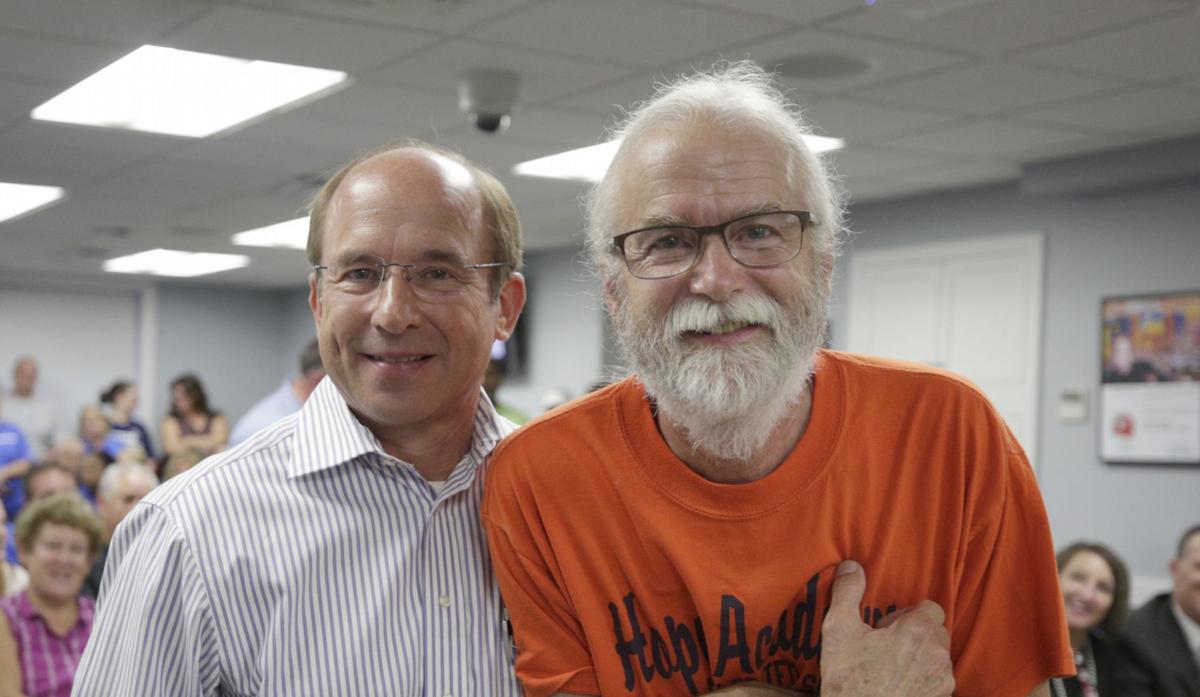 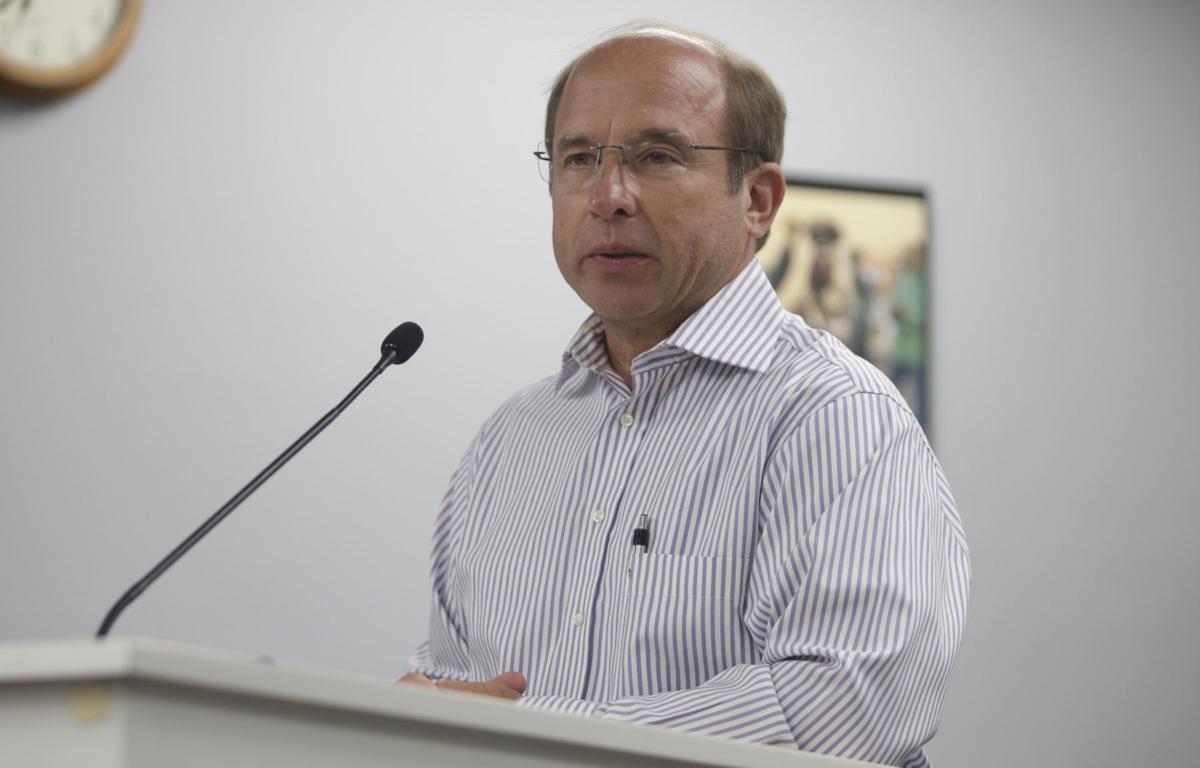 Mike Sotiroff speaks at the honoring of Chris Barnett's 50 years of service to Decatur public schools.