Goodman, an art teacher at South Shores, faces a preliminary charge of aggravated battery of a child and was given a notice to appear in Macon County Circuit Court on Oct. 4. The complaint indicates a student in her class did not put her head down on the desk after Goodman asked students to do so, and Goodman is accused of forcing the child's head down.

State's Attorney Scott Reuter said on Wednesday that no further action has yet been taken by his office. Preliminary charges are subject to review by the state's attorney's office.

Watch now: Mom confronts Decatur board over teacher accused of assaulting her child

In the emails, Director of Human Resources Jason Hood informed Goodman, Decatur Education Association President Chrissy Petitt and Illinois Education Association official Andrew Matthews that a meeting had been set at the Keil Administration Building. An email on the day of the incident, from Goodman to South Shores Principal Geneka Gully, thanks the principal for her support and asks for another adult to be present in her classroom the following week. 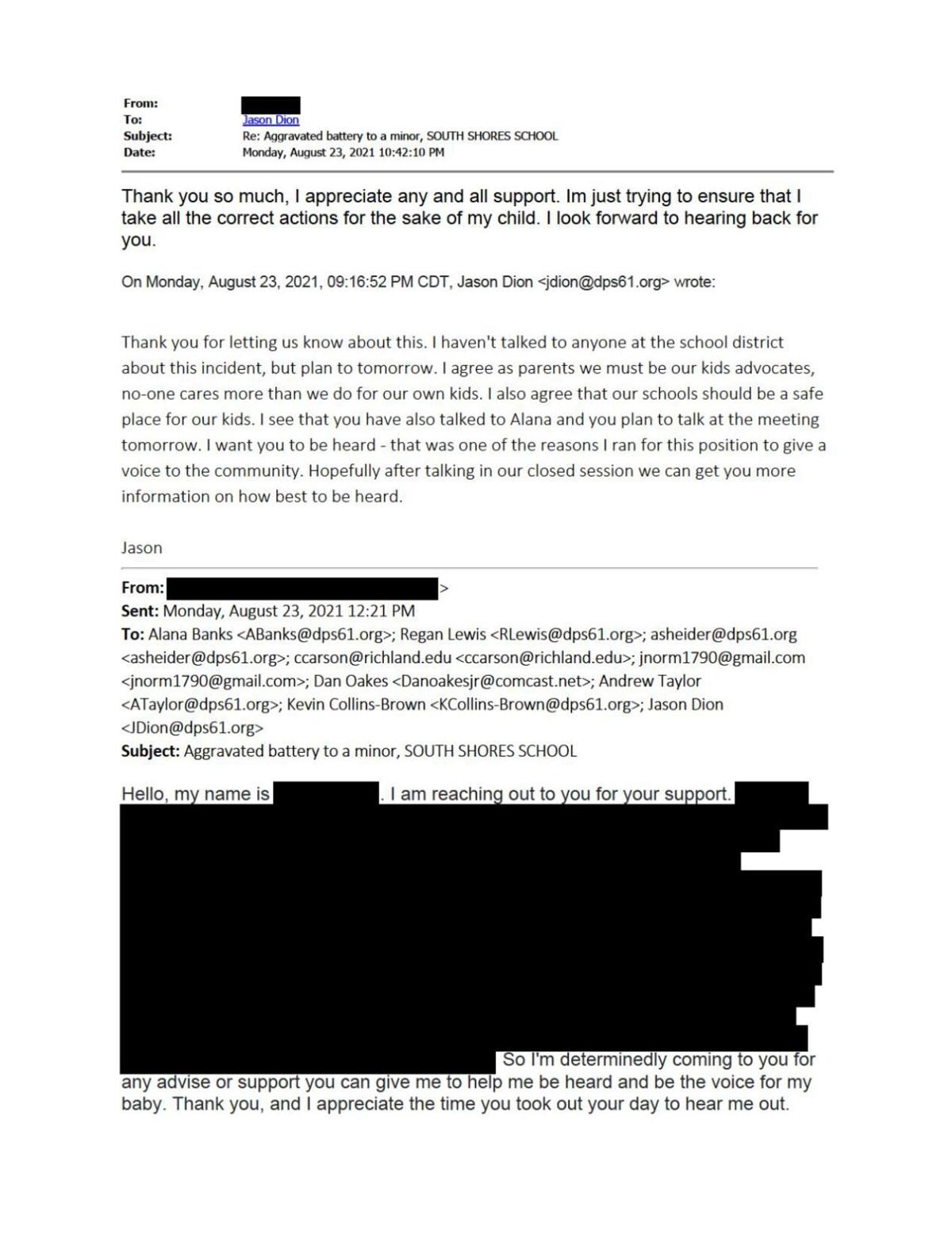 The child's mother, Tiasha Dady, sent emails to all seven board members on Monday, Aug. 23, asking for their advice and support as she pursued further action. She wrote that she was upset when she went to the school on the Monday following the incident and found Goodman still working.

"I feel like the school system is failing me and the other children attending South Shores School," Dady wrote. "Why wasn't there immediate action taken?"

Assistant Superintendent for Teaching and Learning Jeff Dase sent emails to Gully and Deanne Hillman, former human resources director, that the teacher went home early on Aug. 23 and was awaiting further information on next steps from the district.

Decatur Public Schools has released an online survey for the community to weigh on the search for a new superintendent.

An analysis by the Herald & Review shows money for districts through the Coronavirus Aid, Relief and Economic Security Act.

Local police joined with other state and local law enforcement agencies to crack down on impaired drivers from Aug. 20 through Sept. 7.

The Macon County Health Department on Thursday said one man in his 50s with COVID-19 has died.

Mom of injured child speaks out at Decatur School Board meeting

No charges coming for Decatur teacher accused of assaulting student

A Macon County grand jury has declined to indict a teacher accused of aggravated battery of a student at South Shores Elementary School.

What will happen if the government shuts down?

What will happen if the government shuts down?