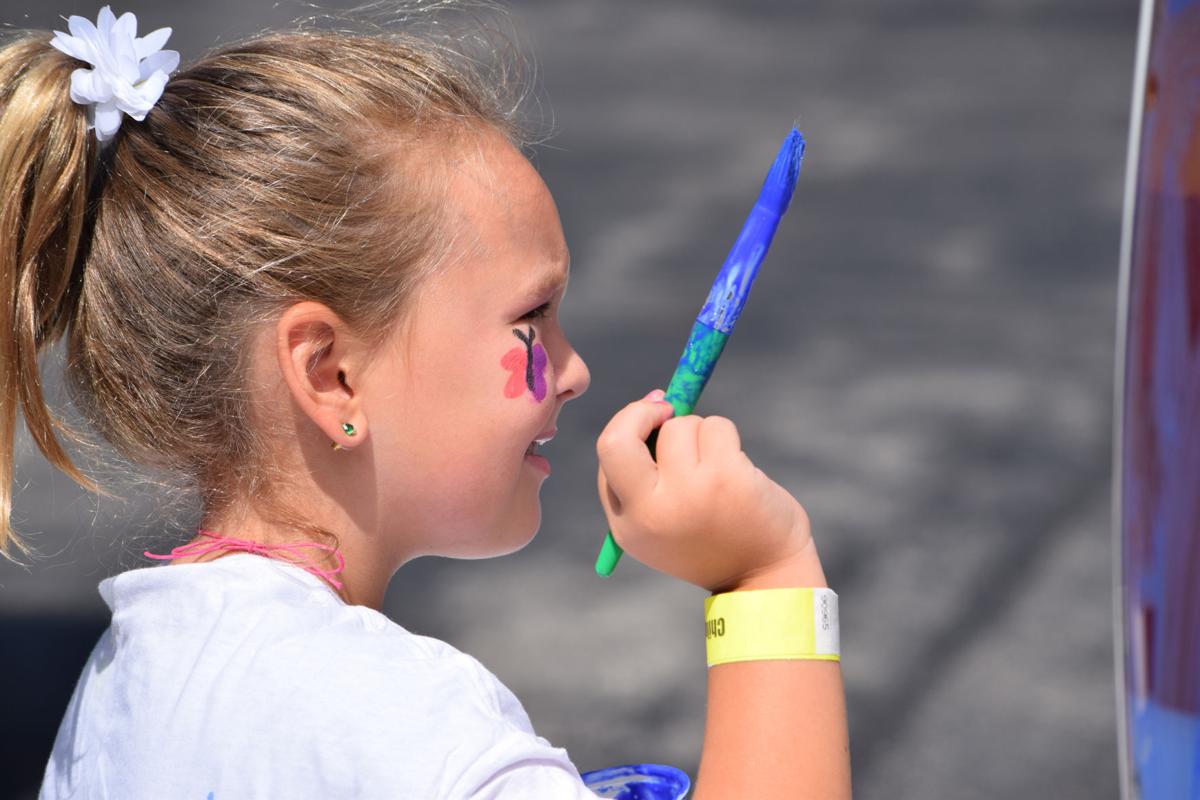 Emerson Steers puts her artistic touch on a van in front of The Children's Museum of Illinois during Kidstock. 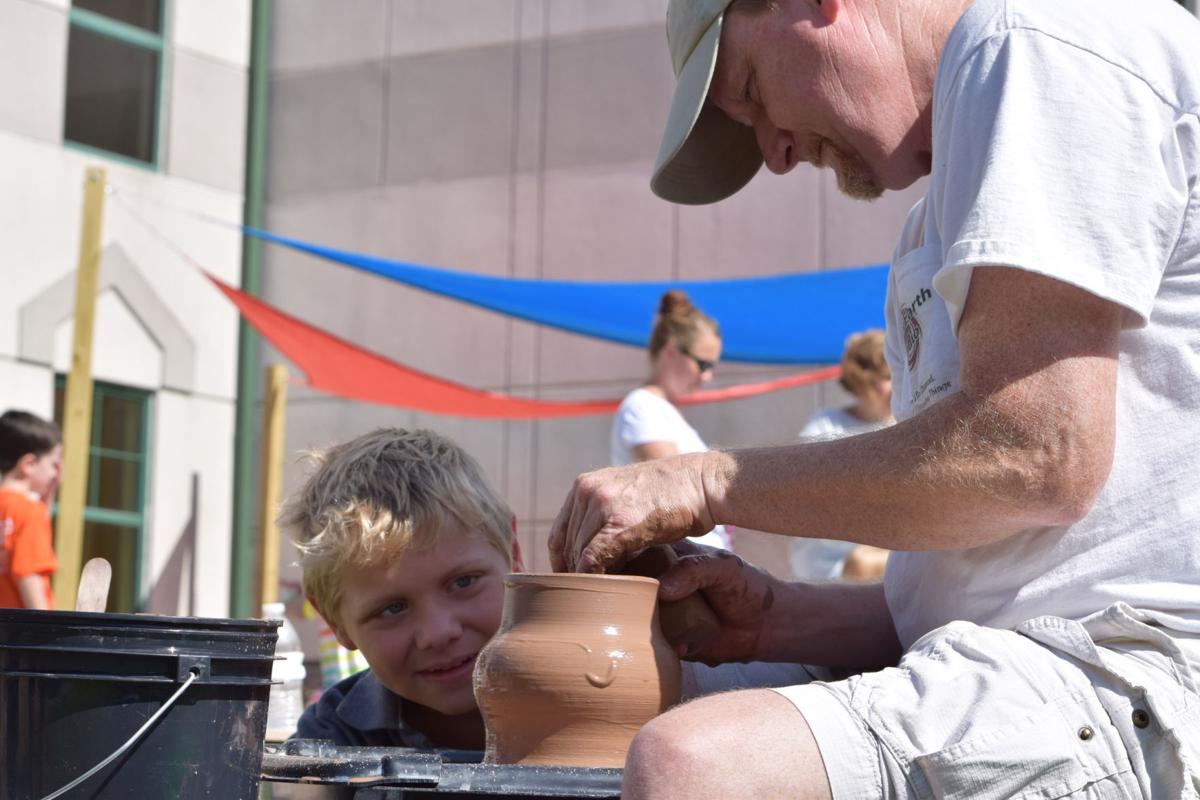 Salvatore Sassano watches as Terry Beers of CenterEarth Studio spins a creation on the pottery wheel.

DECATUR – The archaeology dig outside the front door of the Children's Museum of Illinois grabbed Grace Ellis' attention as soon as she arrived with her parents, Denny and Angie Ellis.

“Wouldn't you like to go see some of the other things they have, Grace?” Angie Ellis asked.

“Not yet,” Grace said, still engaged in searching for ancient artifacts with a plastic shovel.

Denny Ellis chuckled. “She gets that interest in archaeology from me,” he said. “I like to look for arrowheads and stuff.”

The Ellises visited the children's museum for the first time on Saturday for Kidstock, an annual event to raise money for new exhibits. This year's project, said acting Executive Director Rachel Franz, is “Illumination Station,” a giant Lite Brite wall that will open in September.

“We are an arts and science museum, so we work a lot with very tactile things,” Franz said. “The Lite Brite wall is really good for the art and creative side as well as motor skills and counting, collaboration. It's going to be big enough that several people can work on it at the same time.”

Kidstock is a take-off on Woodstock, and is a music and arts festival. The artists and musicians all donated their time to help the children's museum.

Activities ranged from “paint the van” to making tie-dyed T-shirts and access to the new outdoor area, The Imagination Garden, with a wooden teepee to play in and on, a rowboat for pretend rides and a water table.

A giant bird's nest big enough for kids, and even adults, to go inside was donated by Millikin University's School of Education and the Ullrich Foundation. It proved to be as big a draw as any of the other activities on Saturday.

The Awesome Squad -- Zach Garrett, Michael Scherer and friends -- performed selections from their “Perfect Day” EP, which was released Saturday.

Garrett and Scherer just finished a weeklong songwriting camp at the museum, where the campers, dubbed the “Mic Droppers,” wrote a new commercial jingle for the museum. That, too, debuted on Saturday, with the kids on hand to perform the catchy tune.

New Executive Director Amber Kaylor begins her job Monday, and Franz had alerted her to the event Saturday so she could come and get her feet wet before officially starting.

Kaylor first became aware of “the hidden gem,” as she referred to it, when she brought her nephew to the museum for a visit and was in awe of all the hands-on things to do, she said. Now she has a child of her own.

“It's going to give me some serious Mom cred,” she joked of her new job. “My son will want to come to work with me every day.”

Kaylor stayed home with her son during his first year and worked toward her master's degree. When it came time to look for a job again, she said, she considered the corporate world but realized that would likely involve travel and keep her away from her little boy. When the children's museum opening came to her attention, it sounded perfect.

“Luckily, they wanted me, too,” she said.

Emerson Steers puts her artistic touch on a van in front of The Children's Museum of Illinois during Kidstock.

Salvatore Sassano watches as Terry Beers of CenterEarth Studio spins a creation on the pottery wheel.