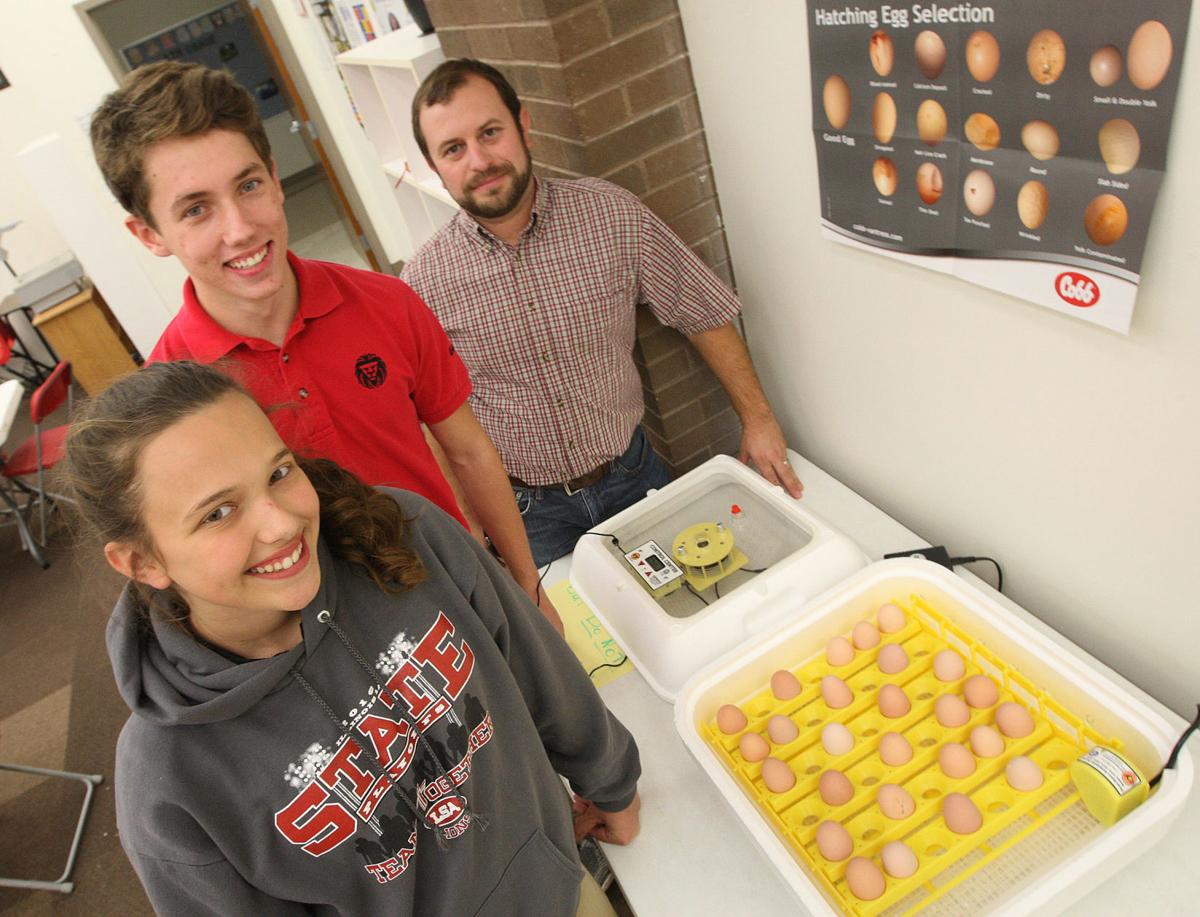 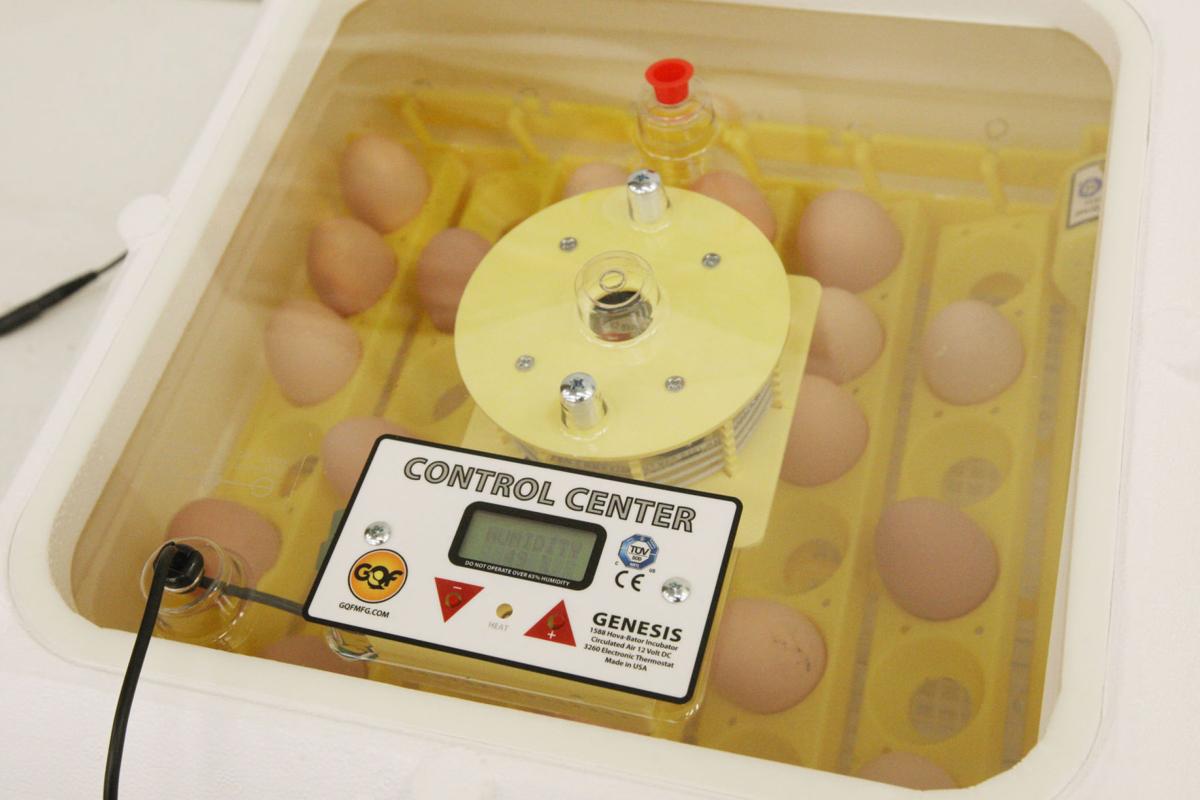 Students are observing the chicken egg incubation process in the ag class.

At the back of the room in an incubator are 24 chicken eggs, due to hatch about Nov. 17.

Teacher Seth McMillan ordered the eggs from a company called My Pet Chicken. Along the wall behind the incubator are posters showing the various normal and abnormal conditions of eggs, the development of the embryo from Day 1 through hatching, and how to grade the chickens once they're born.

Other than figuring out which ones are roosters, because they can't keep roosters due to their crowing, McMillan said the grading poster is only for information purposes. The chicks won't be disposed of if they're less than perfect.

One big item on the school's wish list is a greenhouse, so the students could grow crops year-round, such as strawberries and tomatoes. That's still in the future, but McMillan plans garden plots for the spring to give them a taste.

“This is just kind of a lesson in it,” he said. “We're going to raise these chickens and they're going to produce eggs, but I don't know if we're going to get enough eggs to really sell.”

The chickens will spend a few days in a brooder after they hatch before they move outdoors to a shed that will serve as their coop.

Kali Walker, a freshman, comes from a family that keeps livestock, so this is nothing new. She hopes to combine animals and science as a career, though farming is not what she has in mind, she said.

The agriculture program is new this year, and so is the school's FFA chapter. All the students in the ag class are also in FFA. McMillan said that while county schools such as Maroa-Forsyth and Mount Zion have ag programs, kids who live in the city of Decatur have little access to such programs. The hope is that the LSA offering it will appeal to families who want their children to have that background.

Because the chickens will probably be the only live-animal project students can do, McMillan is trying other hands-on projects that will help them understand that farm-to-table concept, such as showing them cuts of beef and how to determine good ones. At least, he said, that will give them a life skill for when they're doing their own grocery shopping.

“I have two students who are going to do supervised agriculture experience projects,” McMillan said. “That's where they keep records on how they take care of (the chickens) and their daily chores, that type of thing, and they can get awards in FFA for that.”

DECATUR – None of the voters in the line at the Lutheran School Association were old enough to cast a ballot in November at the regular polls,…

DECATUR – There's nothing like a few days at camp to make relationships solid.

DECATUR – Angela Martinek spent nearly all the summer break reorganizing and digitizing the Lutheran School Association library, with the help…

DECATUR – Learning your letters can be a real challenge, but a project can make it fun.

DECATUR – Summer Turner decided she wants to be a teacher thanks to one of her own teachers, Jamie Chubbs at Garfield Montessori School.

NEOGA — The seeds have been planted for new growth.

DECATUR — Enterprise School is surrounded by acres of gently rolling ground, and up until very recently, that ground was unused.

Students are observing the chicken egg incubation process in the ag class.