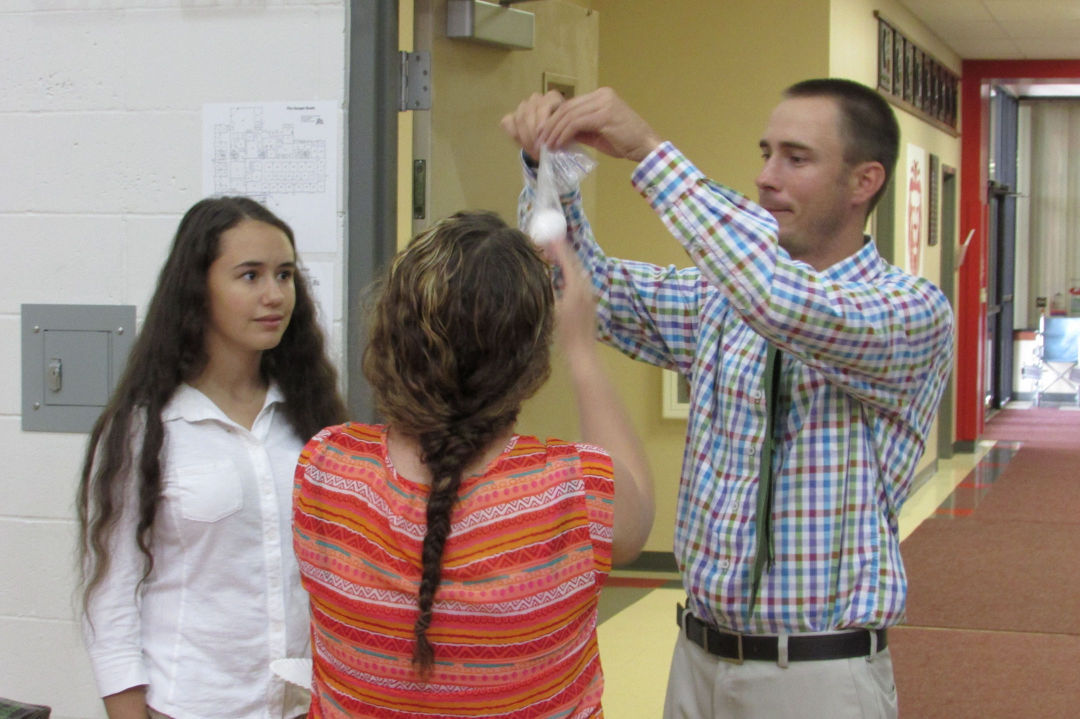 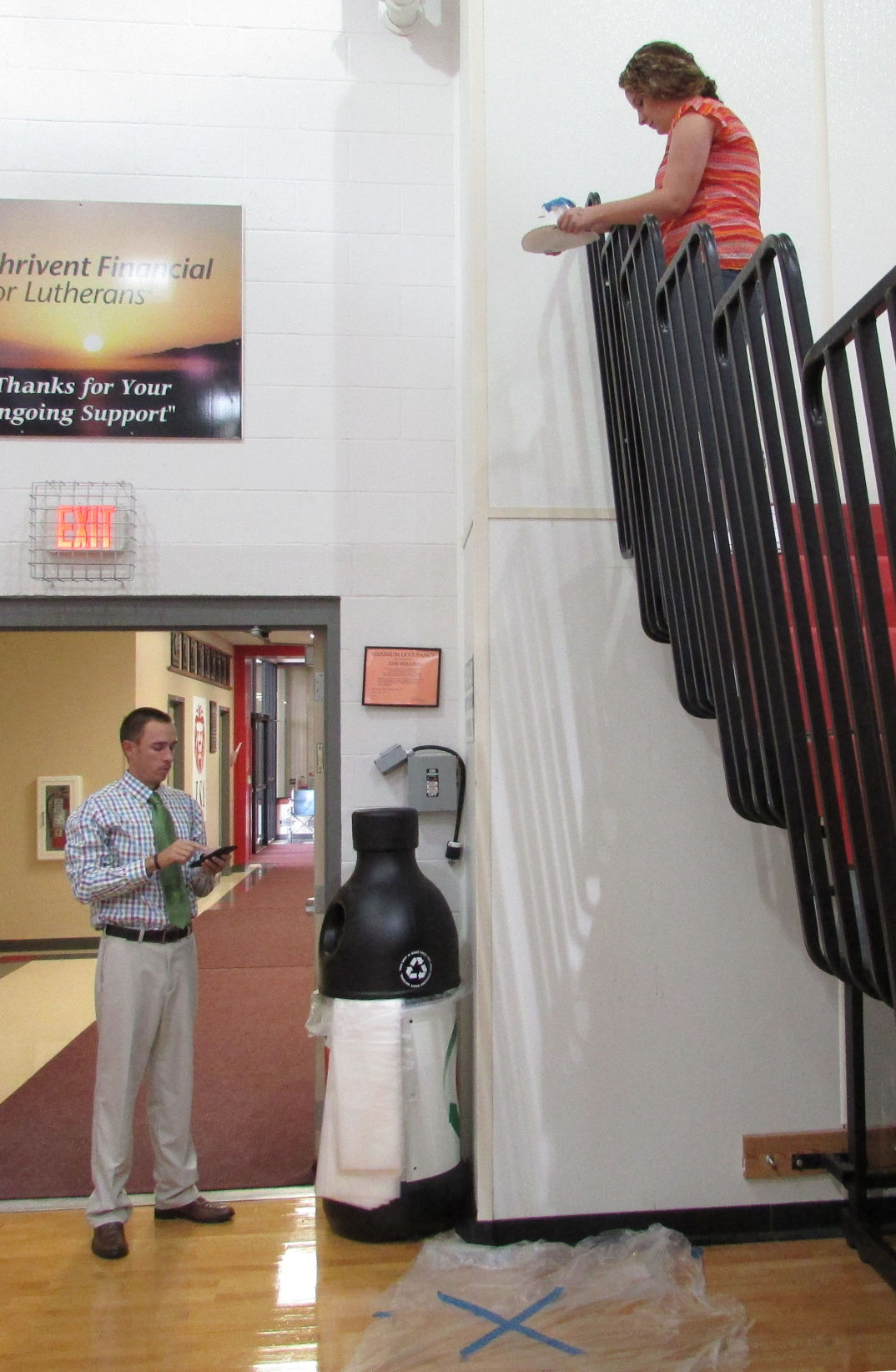 Osborne prepares to time Aimee Howe's egg's fall from the top of the bleachers to the gymnasium floor. It took 1.19 seconds, and the egg survived without a scratch. 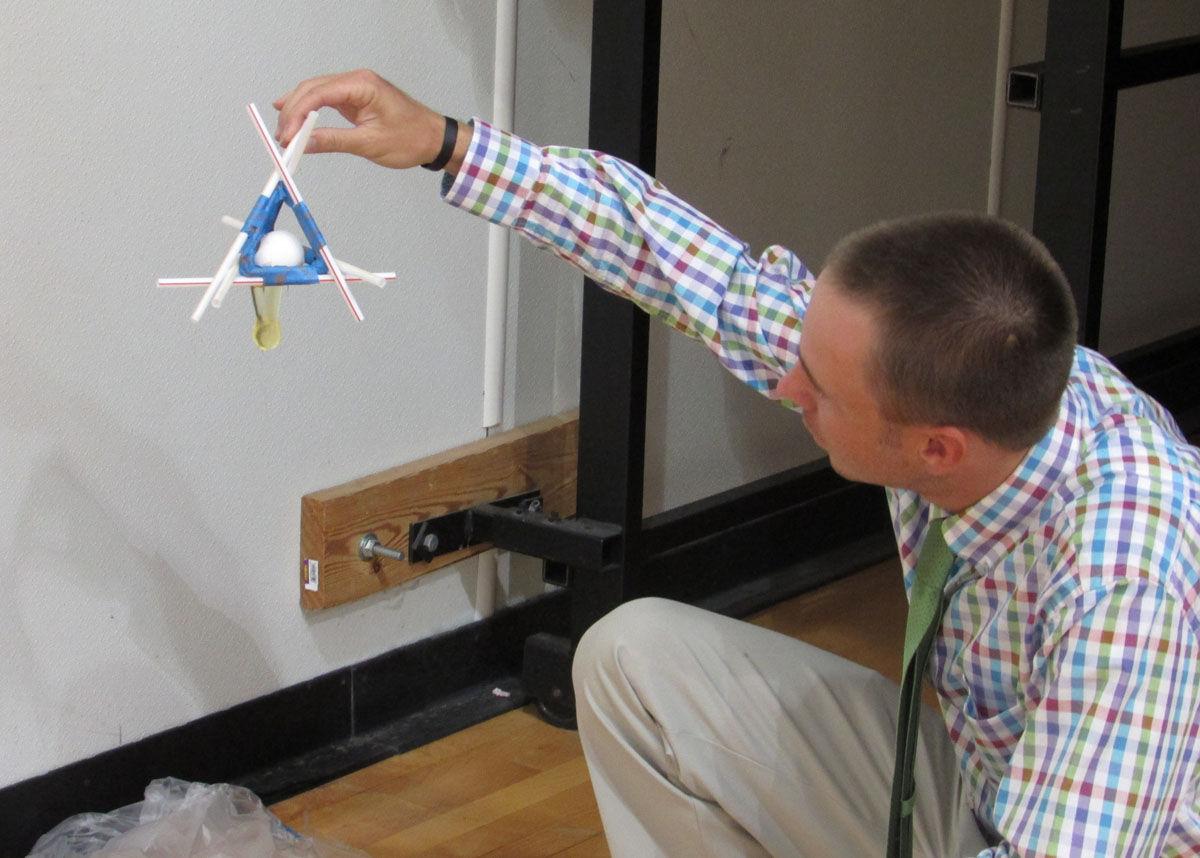 Osborne sees that this egg didn't fare as well. 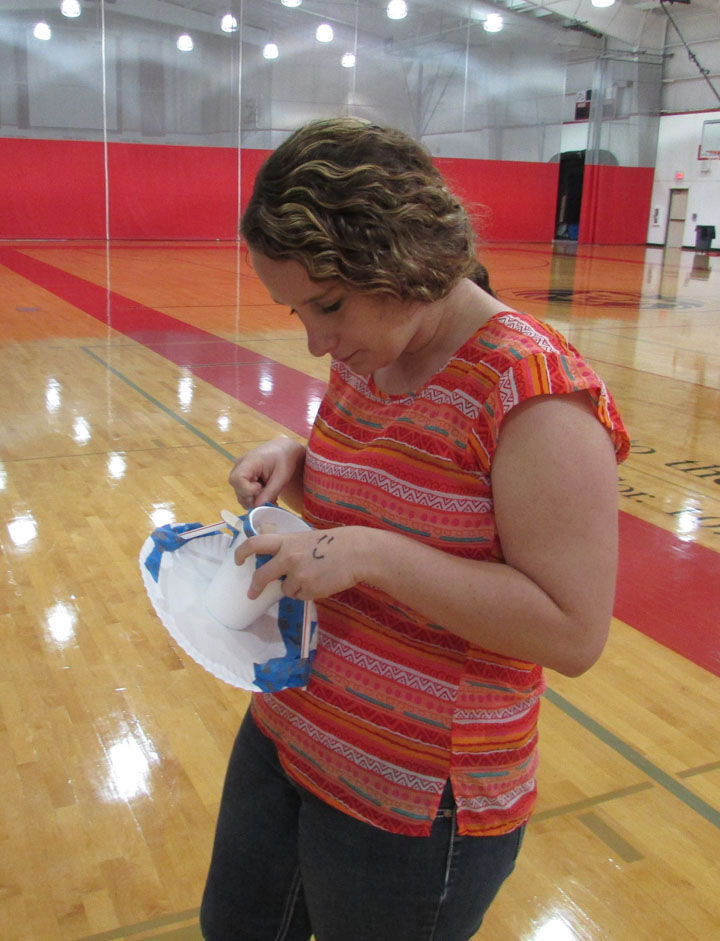 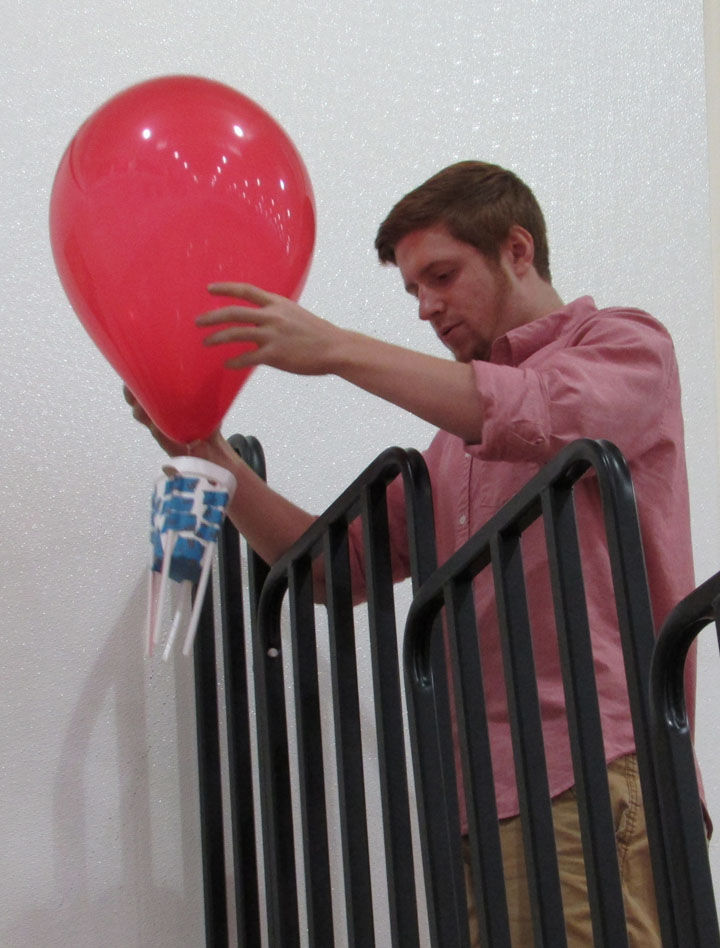 Tyler Daily's egg container was modeled after a hot-air balloon.

“I filled it with my hot air,” the LSA High School senior said.

And it worked. When Tyler dropped his egg, nestled in a styrofoam cup attached to the balloon, it landed without damage.

The physics students at the LSA High School are studying Newton's Three Laws of Motion, which are the law of intertia, how velocities change when force is applied, and the equal and opposite reaction for every action.

Students designed and made containers for their eggs meant to cushion the fall so that, they hoped, the egg would not be damaged when dropped from a height. Teacher Samuel Osborne chose the gymnasium for the experiment, and the students let their eggs fall from the top tier of the bleachers, a height of 11 feet. He timed each descent, and armed with that knowledge, the students could calculate the speed of the drop afterward.

Aimee Howe attached a cup to a paper plate and filled the cup with a cushion of paper towel. The idea, she said, was for the paper plate slow the rate of descent, and during the drop, the egg would lift slightly and land in the paper towel nest safely. She was right; the egg was not damaged.

Osborne had created a sort of frame made of plastic straws, with a cradle in the center for the egg. His design, he said, was meant to break the fall with the cushion of air created by the straws' openings. However, his egg broke both times he tried it.

“Maybe I should have used longer straws,” the teacher said.

All freshmen at the LSA take physics, Osborne said, in a class that includes physical science and biology study as well. Physics II is an elective and one that fewer students take because it's an advanced course.

LSA/Argenta golf back for another shot

Dylan Ground walked away from Prairie Vista Golf Course last year wondering what could have been.

Decatur Christian students show thanks for freedom to worship

DECATUR – Americans often take for granted the freedom to assemble and pray guaranteed by the First Amendment to the U.S. Constitution.

Osborne prepares to time Aimee Howe's egg's fall from the top of the bleachers to the gymnasium floor. It took 1.19 seconds, and the egg survived without a scratch.

Osborne sees that this egg didn't fare as well.

Tyler Daily's egg container was modeled after a hot-air balloon.