DECATUR — When two red-tailed hawks chose a fire escape on the Barnes Citizens Building in downtown Decatur for their nest, they were unaware a camera was perfectly perched right above their new home.

The camera has hatched "The Hawk Cam," with a Facebook page, "Decatur Illinois Hawk Cam," which is overseen by the Illinois Raptor Center and program director Jacques Nuzzo. He has dubbed the pair Han and Leia after two characters in the “Star Wars” films, and the two have become popular with local classrooms via the camera.

Nuzzo lives downtown and noticed the male hawk spending a lot of time nearby. At first, he thought the bird was hunting, as there are plenty of pigeons downtown.

“Then I saw him carrying a stick,” Nuzzo said.

The only reason a hawk has for carrying a stick around is nest-building, and Nuzzo soon spotted the hawks' nest site. Fearful of scaring them away, he uses a scope to observe from a distance and has managed to photograph them with a long-distance lens.

After meeting with Morgan Schaab, news director at WAND, Nuzzo was able to have the television station's weather camera aimed at the nest for a couple hours of live observation per day.

“It was astonishing and exciting to be part of that, and Jacques' excitement radiates to everyone in the community as well,” Schaab said. “He has such great knowledge of raptors. He came to the station and said, 'I've got to talk to you, I have this idea.'

"He talked about red-tailed hawks and and their importance and said someone noticed a camera," Schaab continued. "I've never seen someone so excited.”

The camera can be remotely positioned from the station, so no one has to disturb the hawks. “I have (the feed) up on my desk,” Schaab said.

Red-tailed hawks typically lay two eggs per clutch, and while Nuzzo has only been able to spot one egg on the Hawk Cam, he's convinced the other is just out of camera range.

“My class will be visiting the IRC in April,” said Casner whose class is studying Illinois raptors in preparation for the visit. "The Hawk Cam has given my students a chance to identify red-tail hawks and also watch how both the male and female prepare the nest and incubate the egg. We are hopeful that the egg will hatch."

Nuzzo said that on a recent very chilly morning, someone was working on the roof of the building, and Leia, who normally would be on the eggs at that time of day, left the nest and the eggs while the man was working.

Nuzzo was concerned, because he didn't know how long the eggs could remain viable without her warmth. Han sometimes takes a turn sitting on the eggs while Leia hunts, but was not nearby. Leia returned late in the day, and as far as Nuzzo's research can show, it's very possible the eggs will still hatch.

“The fact that she's sitting really tight right now and that we're early in the incubation process, I think we may be all right,” Nuzzo said by text message.

Facts about red-tail hawk nesting from the Cornell Lab of Omithology:

SHELBYVILLE -- "Kenny" the bald eagle got to show off and help teach some lessons.

Fundraising pancake breakfast for Snuggies for the Soul in Forsyth

DECATUR – One of Jacques Nuzzo's favorite jokes to make about photography is “I wonder if National Geographic pays up front?”

DECATUR — The life of Eva the red-tailed hawk was over in a flash.

Financial relief for families whose lives have been upended by the COVID-19 scare — and scaring away flocks of birds downtown — were approved by Decatur City Council. 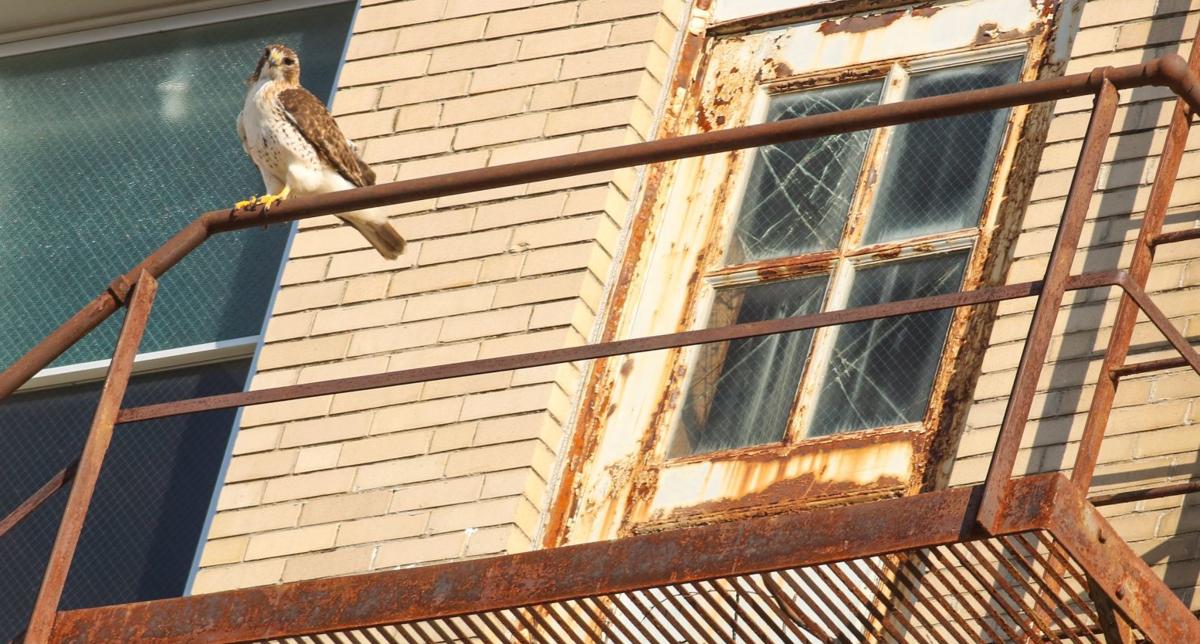 The fire escape not only provides a level place for a nest, but a handy perch with a commanding view for the red-tailed hawks nesting in downtown Decatur. 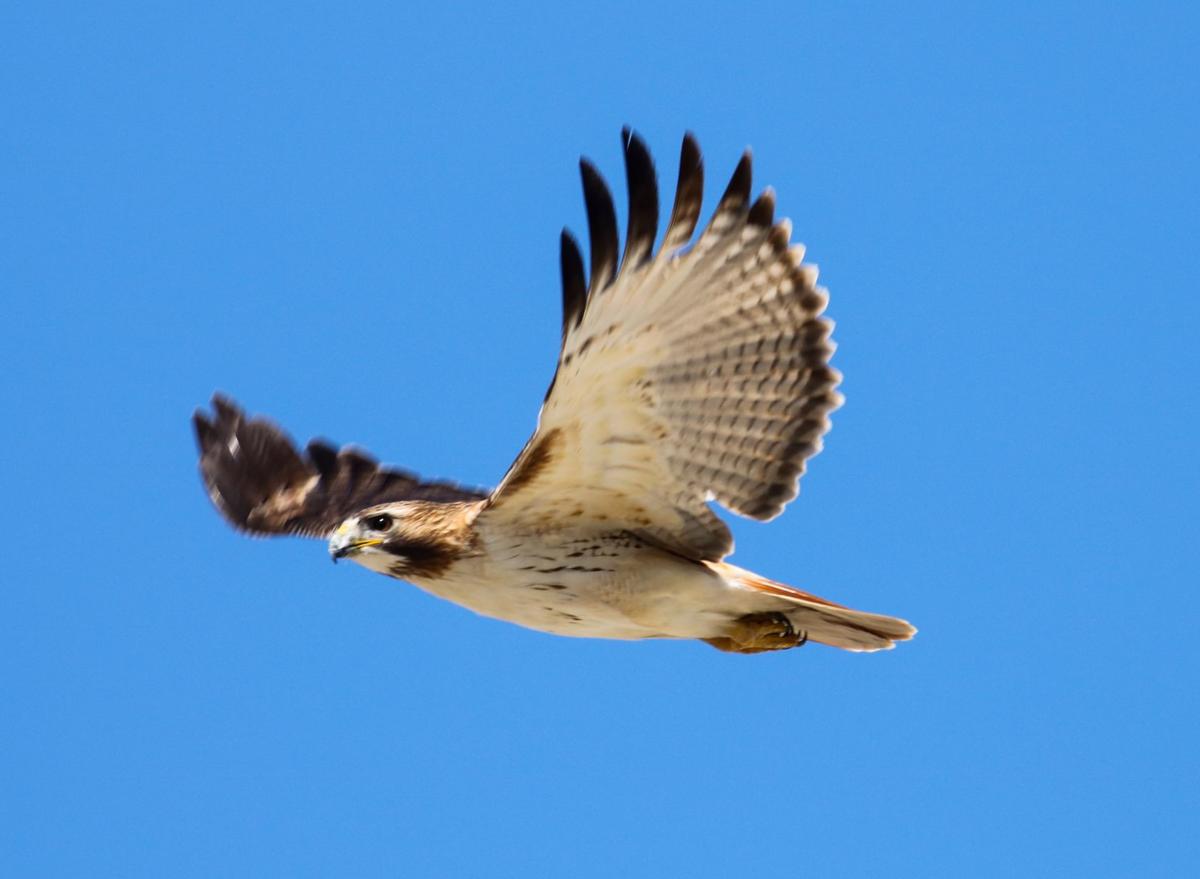 One of the red-tailed hawks on the wing in downtown Decatur.

Han, a red-tailed hawk, carries a stick to add to the nest in downtown Decatur.